Spring migration stepped up a gear this week with most of the commoner migrants appearing in good numbers but real rarities remained just that! 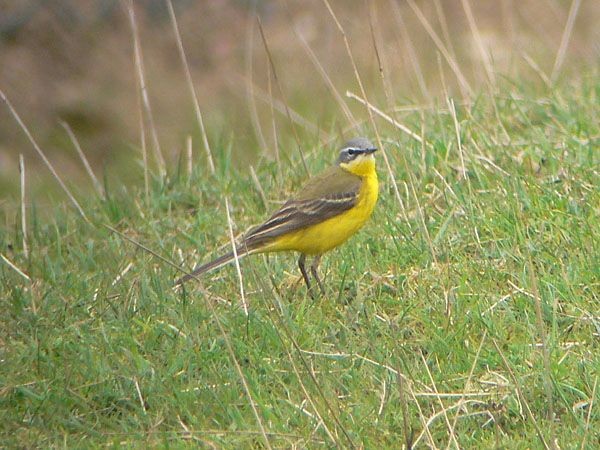 The excellent passage of flava wagtails continued through the country bringing with them several variations on a theme, the pick of which was a male Black-headed Wagtail at Minehead (Somerset) on 23rd-24th. Elsewhere there was a Grey-headed Wagtail at Lound GPs (Notts) on 21st and an Ashy-headed Wagtail at Cley Marshes NWT on 25th. The Richard's Pipit was still present at Witcham (Cambs) throughout and single Tawny Pipits were found on St. Agnes (Scilly) on 21st and St. Mary's (Scilly) on 23rd, the latter island also hosting a Short-toed Lark on 23rd-26th. A Bee-eater was at Porthgwarra (Cornwall) briefly on 22nd and single Red-rumped Swallows were reported from Radipole Lake (Dorset) on 20th, Portland (Dorset) on 21st, Bude (Cornwall) on 23rd and Pegwell Bay (Kent) on 26th. There were fewer reports this week of that other spectacular aerial feeder, the Alpine Swift, with just 5 or possibly 6 birds involved. The Barnston (Cheshire) bird was last seen on 20th but what was probably the same bird was relocated at Meols on 24th only c.8km to the northwest. Singles were still at Foreness Point (Kent) and Bray (Wicklow) to 20th with another over Greenham Common (Berks) on 23rd. At least one bird continued to roost at Seaton (Devon) every evening to at least 26th, well into the fourth week of its stay.

The 1st-summer Woodchat Shrike was still at Rodden (Dorset) throughout with an adult male at Porthgwarra (Cornwall) from 22nd and another at Pett Levels (E.Sussex) on 22nd. This number was matched by late-lingering Great Grey Shrikes at Brinsley (Notts) on 21st-22nd, Loch Duntelchaig (highland) on 23rd and Walberswick (Suffolk) on 25th. Just three migrant Golden Orioles were reported from typical south- and east-coast locations. In contrast, a total of 14 Hoopoes were reported from as far north as Maywick (Shetland) but none appeared to stay for more than a day, including two together on St. Martin's (Scilly) on 21st. A Bluethroat was an excellent inland find at Staines Moor (Surrey) on 22nd but that too was only a one-day bird. Three single Serins appeared briefly in Kent and there was a male Common Rosefinch at Portland (Dorset) on 22nd-23rd. A total of seven Wrynecks were reported, of which four were inland at Nottingham (Notts) on 21st, Great Missenden (Bucks) on 22nd, Alkborough Flats (Lincs) on 24th-25th and Warmley (Glos) on 24th-25th. The Northern Long-tailed Tit completed nest-building in a private garden in Southend (Essex) during the week. Waxwing numbers not surprisingly plummeted this week, with only about 30 birds reported including parties of c.10 in Edinburgh (Lothian) on 21st and Kesgrave (Suffolk) on 25th. The Minsmere (Suffolk) Shore Lark was last seen on 23rd and 3 were on Fair Isle (Shetland) on 24th. The Lapland Bunting was still at West Runton (Norfolk) on 22nd with another on North Ronaldsay (Orkney) on the same day.

The 1st-winter Bonaparte's Gull at Farmoor Reservoir (Oxon) was last seen on 20th with an adult in Weymouth Bay (Dorset) on 21st and another 1st-winter around Belfast Lough (Antrim) on 25th-26th. The 1st-winter Franklin's Gull remained at Northam Burrows (Devon) throughout but just three Laughing Gulls were reported this week, an adult at Bexhill (E.Sussex) on 21st, a 1st-winter at Restronguet Creek (Cornwall) on 21st-22nd and an adult at Porthcurnick Beach (Cornwall) on 23rd. Once again only three long-staying Ring-billed Gulls were noted, at Oban (Argyll), Nimmo's Pier (Co. Galway) and Crosby Marine Park (Lancs). The 3rd-winter American Herring Gull remained at Nimmo's Pier (Co. Galway) throughout and a Sabine's Gull flew past St. Mary's (Scilly) on 21st. Small numbers of Pomarine Skuas continued to move and 2 Long-tailed Skuas were reported from Spurn (E.Yorks) on 23rd. The now expected spring gathering of White-billed Divers in the Outer Hebrides continued with at least four birds still off the north coast of Lewis between Port Skigersta and Cellar Head. Elsewhere two were still off North Ronaldsay (Orkney) on 20th with a single there all week and other singles at Burrafirth (Shetland) on 21st-23rd and Loch Ryan (Dumfries and Galloway) on 24th. 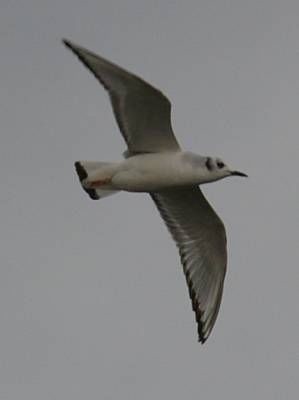 
The American Golden Plover was still at Cemlyn (Anglesey) throughout the week but the long-staying Long-billed Dowitcher was last reported on the Hayle Estuary (Cornwall) on 23rd with another at Old Hall Marshes (Essex) again on the same day. The male and female Kentish Plover were still at Marazion (Cornwall) to at least 21st and singles were at both Breydon Water RSPB (Norfolk) and Pegwell Bay (Kent) on 21st. A total of 30 Dotterel were reported, the largest trips being seven at Foel Fras (Gwynedd) on 22nd and six at Moel Goch (Conwy) on 26th. The Spotted Crake was still calling at Malltraeth (Anglesey) to at least 24th. Six Purple Herons were reported but only one was truly twitchable, at Minsmere RSPB (Suffolk) on 20th-22nd. There were four Night Herons sighted including an adult which appeared in the Pike Drain in Lincoln every evening from 20th-26th. Single Cattle Egrets were seen briefly at Pett Levels (E. Sussex) on 22nd, Samphire Hoe CP (Kent) on 24th and St. Leonards Grange (Hampshire) on 26th. Single Great White Egrets were seen at Langton Herring and Lodmoor in Dorset and there were still at least two mobile White Storks in the country, one touring Wales and the other touring Norfolk. Several Common Cranes were seen away from their Norfolk stronghold during the week including four over Spurn (E. Yorks), two over Brewood (Staffs) and two over Crowland (Lincs) all on 23rd. Migrant raptors began to appear this week with a Black Kite at Woodnesborough (Kent) on 22nd and possibly the same bird at Grove Ferry NR (Kent) just one hour later. A Honey Buzzard flew north at Fowlmere RSPB on 26th, a Rough-legged Buzzard was near Burnham Market (Norfolk) on 26th and six Montagu's Harriers were reported from the south and east coasts. At the other end of the country a Snowy Owl was seen again at Balranald RSPB (Outer Hebrides) on 21st 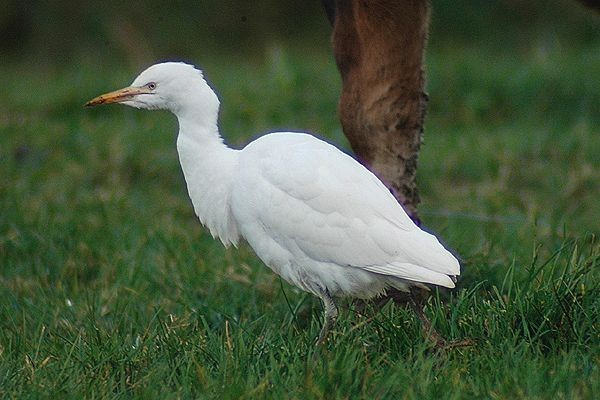 Rare wildfowl were still in evidence this week, potentially the rarest being a possible Grey-bellied Brant at Dundrum Bay (Down) on 21st-22nd. The drake Blue-winged Teal was last seen at St. Mary's Island (Northumbs) on 23rd while the Black Scoter was still off Llanfairfechan (Conwy) to at least 21st and the female Black Duck was still on Tresco (Scilly) to 21st. American Wigeon were reported from Wick (Highland) and North Ronaldsay (Orkney) and there were at least eight Green-winged Teal, including two in Cambridgeshire. The drake King Eider remained at Irvine (Ayrshire), another was at Bixter (Shetland) on 22nd and drake Surf Scoter were still off Ruddon's Point (Fife) and Luskentyre (Outer Hebrides). Just one Lesser Scaup report this week, at Swithland Reservoir (Leics) but ten Ring-necked Ducks including two still at Chew Valley Lake (Somerset) on 21st. A Black Brant was still at Blennerville (Kerry) on 26th, there was a Snow Goose near Inverness Airport (Highland) on 25th and both Taverner's and Richardson's Canada Goose were still at Kelton (Dumfries and Galloway) to at least 21st and 23rd respectively. 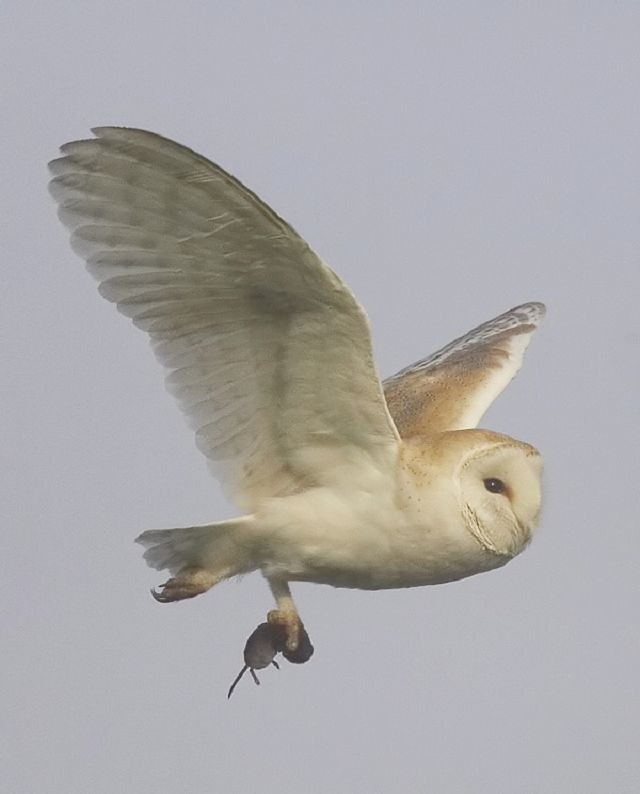