Review of the Week: 2–8 September

It was a quieter week that may yet prove to be the calm before the storm, if the forecast for the next seven days is anything to judge by: easterly winds predominating throughout the coming weekend before transatlantic weather systems take hold next week.

The big talking point of the week was a Sylvia warbler at Eoropie, Lewis, on 4th that was initially reported as a Barred Warbler before being reidentified from photographs at lunchtime on 5th as a female Rüppell's Warbler — the first to be seen in Britain since 1995. Confirmation that the bird was still present on 5th set the wheels in motion, with many starting to organise means of reaching Lewis the following day. However, another twist in the tale came mid-afternoon on 5th when new photos, taken that afternoon, appeared to show an altogether different beast that looked much more like a fairly typical female-type subalpine warbler. A lesson learnt that even small batches of images can't always be trusted to be representative and therefore produce a correct identification ... thankfully no-one had travelled far, and life quickly returned to normal. 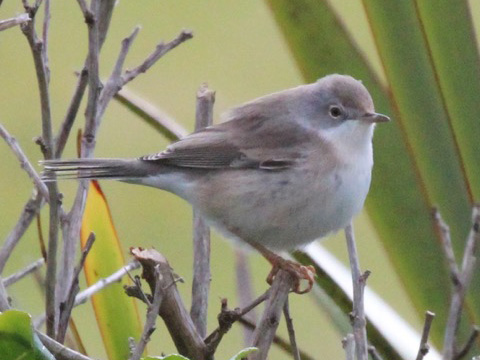 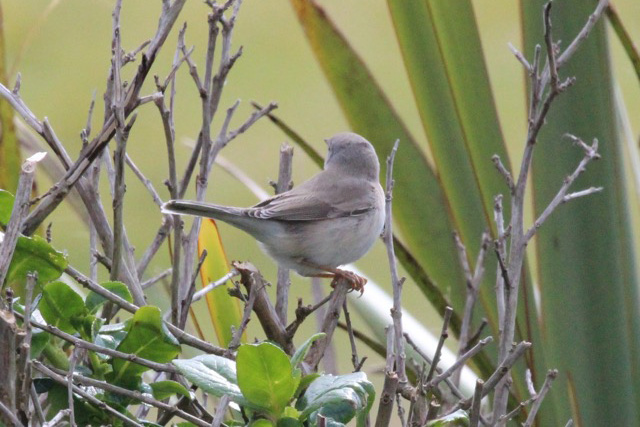 Seawatching along the North Sea coastline picked up a little during the week. Modest numbers of Long-tailed Skuas were seen, with at least 12 past Sheringham, Norfolk, on 4th the highest count, but the highlight was a Fea's-type Petrel that flew north past Flamborough Head, E Yorks, early in the evening on 8th and then, roughly an hour later, was seen off Marine Drive at Scarborough. Could this be last year's famously tracked bird returning to the North-East? A Great Shearwater was also tracked between Long Nab, N Yorks, and Newbiggin, Northumberland, on 5th, while Cory's Shearwaters were seen past Flamborough Head, Spurn and Blakeney Point that day.

After moving last week, the drake Lesser Scaup remained at Chew Valley Lake, Somerset, to at least 6th, with the female Ferruginous Duck sharing the same waterbody. Drake American Wigeon were reported from three sites this week. The first was at Grindon Lough, Northumberland, from 2–4th and what could feasibly be the same male was at Caerlaverock, Dumfries & Galloway, on 7th. Another male was at Tacumshin, Co Wexford, from 6th. As well as the male still in Lunan Bay, Angus & Dundee, on 3rd, a drake Surf Scoter was off the Aberdeenshire coastline on 4th and 6th and another was in the Sound of Taransay, Outer Hebrides, on 6th.

It appears that last week's Cattle Egret flock soon dispersed, with just two still at Coward's Marsh, Dorset, on 3rd after five flew south over Longham Lakes on 2nd. One was at Titchfield Haven, Hants, from 2–5th and another briefly at Farlington Marshes on 3rd. In East Sussex one was briefly at Rodmell on 2nd and it or another was at Dungeness, Kent, from 3rd. On 7th two were at Abbotsbury, Dorset. This all followed belated news that 25 flew past Brighstone, IoW, in mid-morning on 30th.

The French-ringed juvenile Black Stork was still showing on and off at Sunk Island, E Yorks, throughout the week, while the elusive East Sussex individual was seen in flight at Cooden daily to 6th, though a lengthy vigil on 7th failed to produce any sightings. The adult Night Heron was reported again at Swillington Ings, W Yorks, on 3rd. Five Great White Egrets were at Parkgate Marsh, Cheshire, on 6th and three were at Dungeness, Kent. A Glossy Ibis was seen again at Tramore, Co Waterford, on 5th. 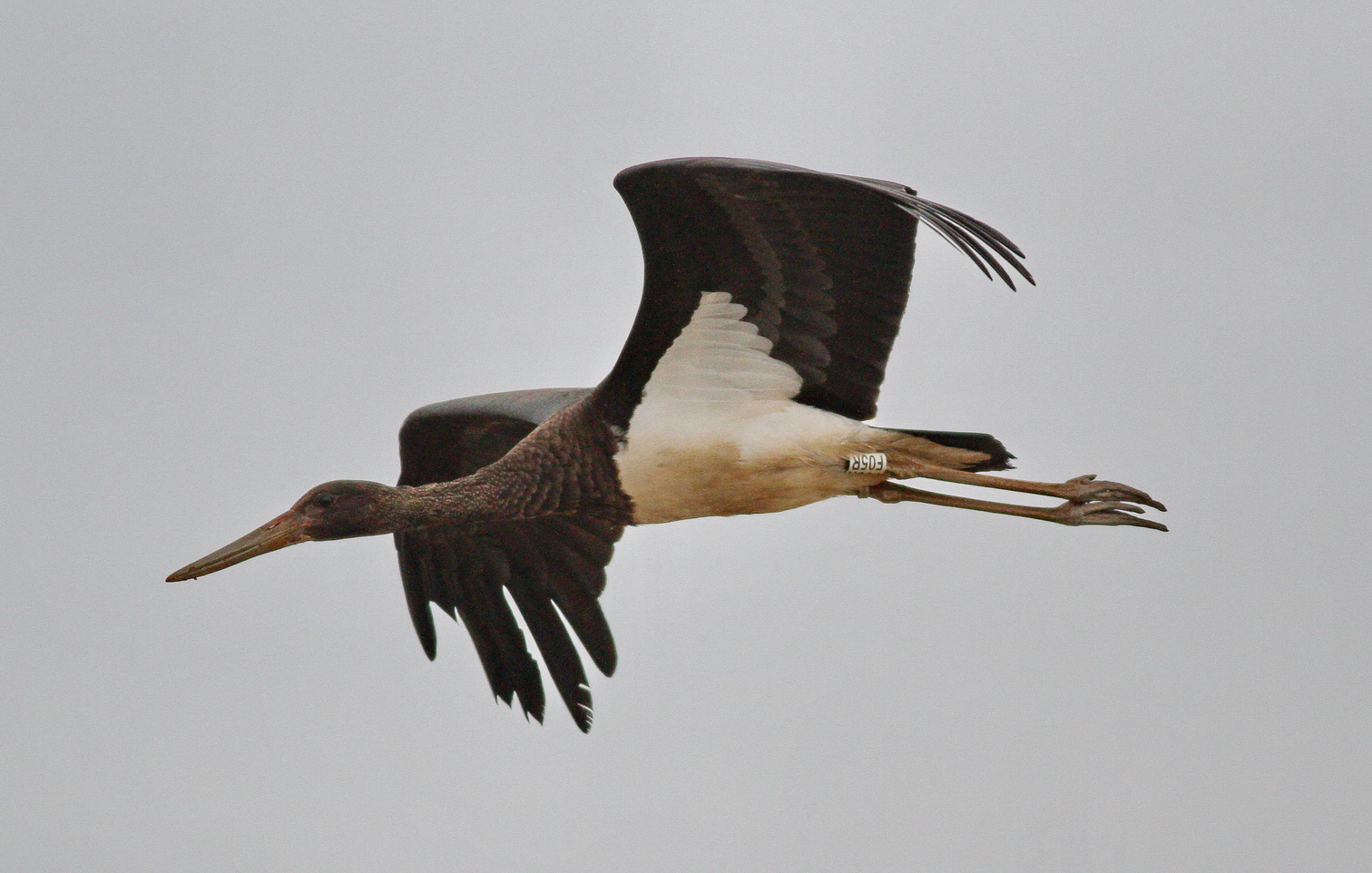 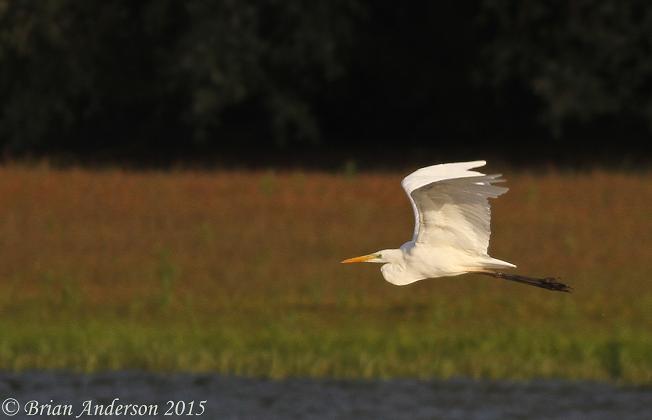 After two had been reported again at Ringasta on 1st, Shetland Pallid Harrier sightings came from Levenwick on 3rd and at Hillwell again from 6–8th. With the male Red-footed Falcon last seen at Willow Tree Fen, Lincs, on 2nd, one wonders if the immature male seen flying low east at Titchwell, Norfolk, on 6th was the same bird. A female was reported at Steart, Somerset, on 2nd. In Glamorgan, a Black Kite was seen over Radyr on 5–6th. 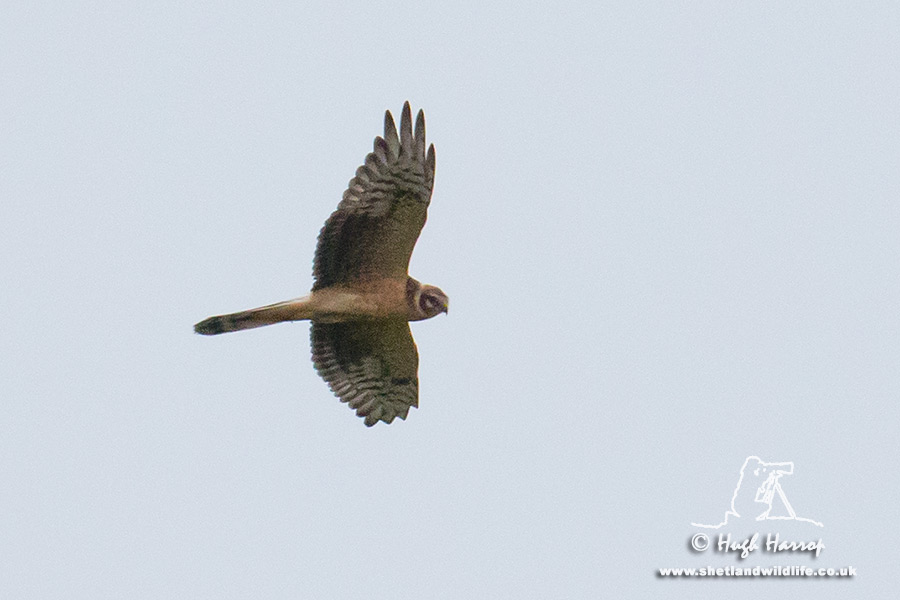 A smart adult American Golden Plover was a nice find at Sandwick, Shetland, on 5th, while the adult Pacific Golden Plover was surprisingly relocated at Myroe Levels, Co Londonderry, on 6th. Also in Shetland, a Long-billed Dowitcher was discovered near Burravoe, Yell, on 8th. A Wilson's Phalarope was seen very briefly at Frampton Marsh, Lincs, on 8th but could not be relocated. 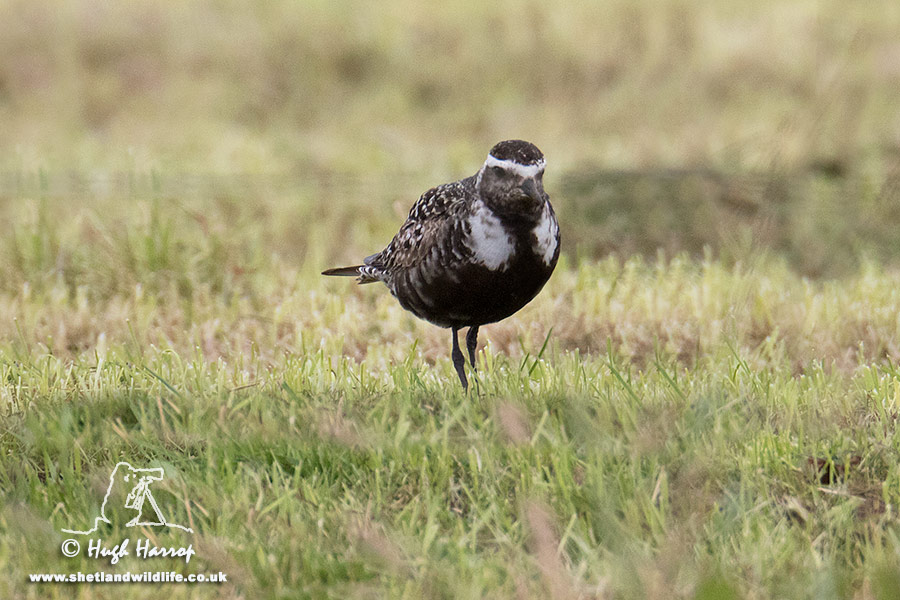 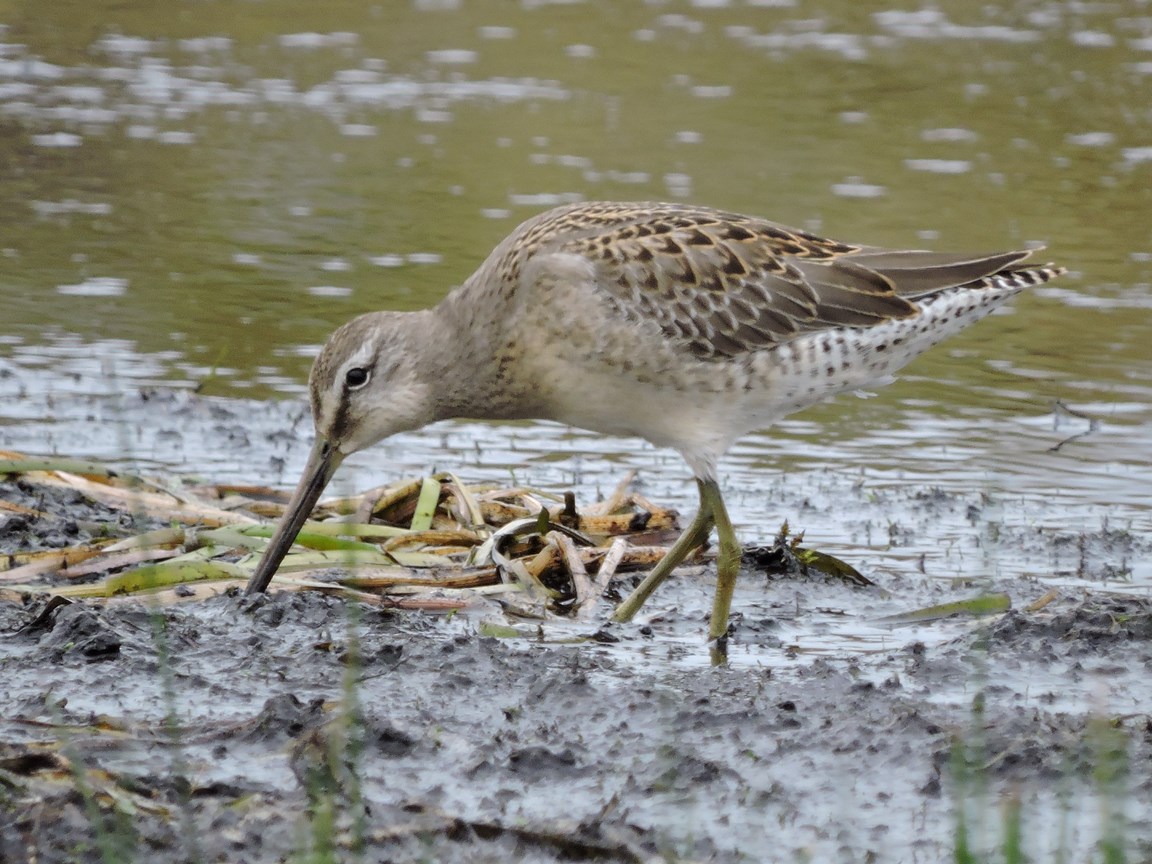 A juvenile Temminck's Stint was on the Hayle Estuary, Cornwall, on 7th and another good west coast record concerned a bird at Conwy RSPB on 7–8th. A third was found at Frampton Marsh, Lincs, on 8th, with a juvenile Red-necked Phalarope also there that day. Another Red-necked Phal showed very well at Hornsea Mere, E Yorks, on 6th. 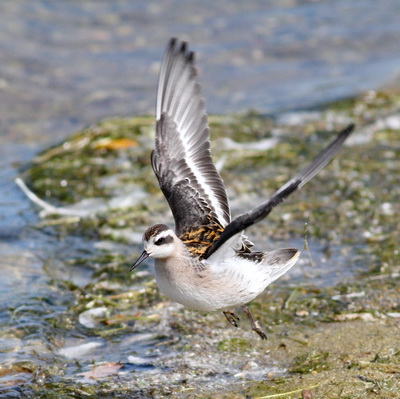 Ten Pectoral Sandpipers were seen this week. Following birds at Blyth, Northumberland, The Wilderness, Fife, and Ramore Head, Co Antrim, on 2nd, further sightings came from Aldcliffe Marshes, Lancs, on 3rd and 5th, South Uist on 4th, Abberton Reservoir, Essex, on 6th, Fair Isle on 6–7th, Tresco, Scilly, on 7th and Medmerry and Sidlesham, W Sussex, on 7–8th. The only record of multiple birds was two at Widewall, Orkney, on 6th.

A Ring-billed Gull was at Blackrock, Co Louth, on 3rd and the second-winter was still at Preston marina, Lancs, on 6th. A scattering of Caspian Gulls included two showy birds still in Lancashire: the second-winter at Ainsdale and the juvenile at Cocker's Dyke. 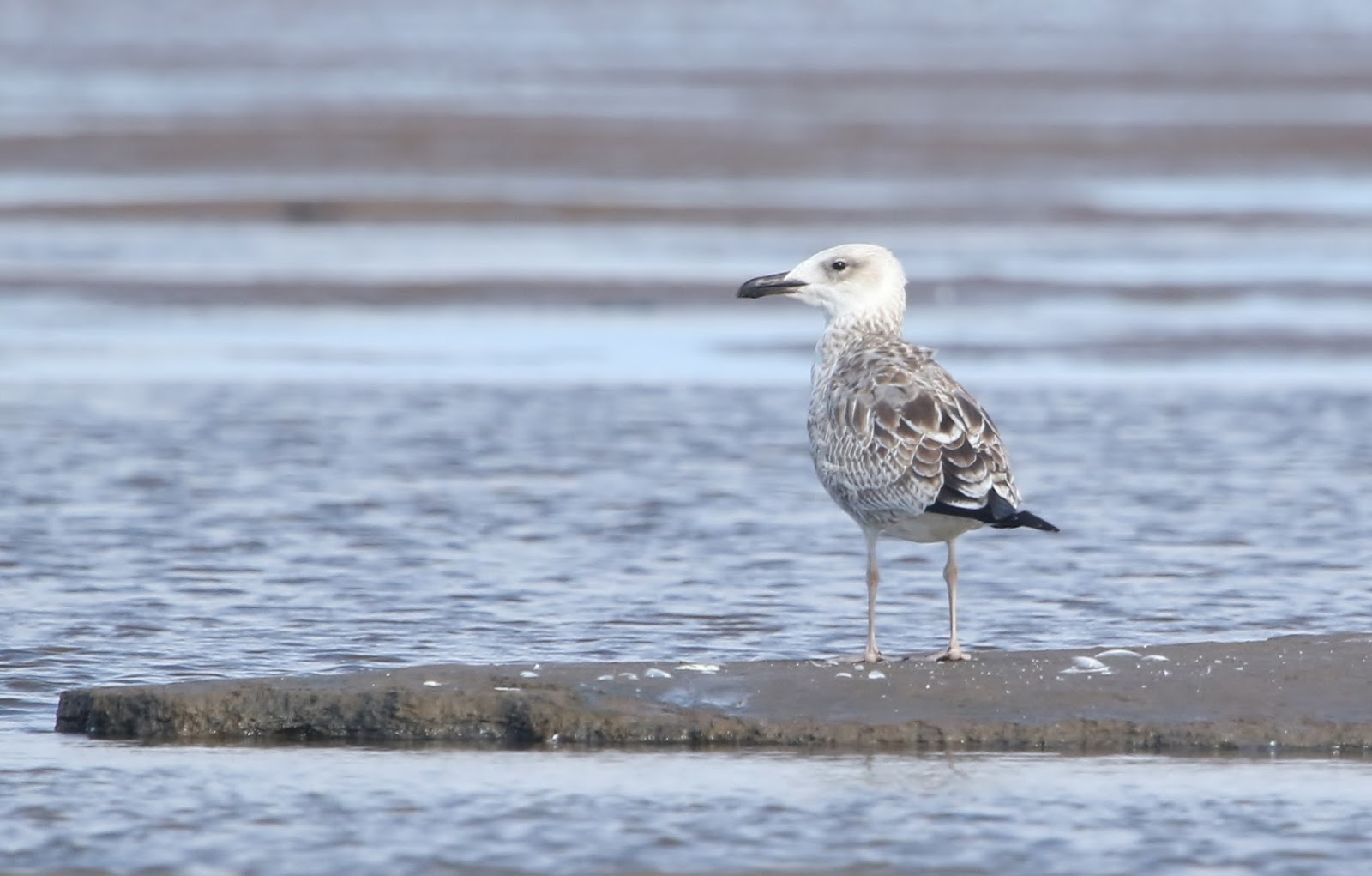 The Irish Forster's Tern relocated to Co Dublin this week, where it was seen on the Rogerstown Estuary on 6–7th. Both juvenile White-winged Black Terns were at Dungeness, Kent, on 2nd but just one was seen from then on; another juvenile was at Rollesby Broad, Norfolk, on 5th and could be found commuting between Rollesby and Ormesby Broads thereafter. In East Sussex a further youngster flew west off Hove on 2nd.

Joyous news from Cumbria concerned the successful fledging of a single European Bee-eater from the nest near Brampton on 4th, with at least three birds still in the vicinity on 8th. However, there was no sign of last week's flock in Shetland.

The Eurasian Hoopoe remained in Sandwich Bay, Kent, to 3rd and the Cornish bird was still at Carnyorth Common to 5th. In Shetland one reached Norwick, Unst, on 4th, while others spent the day around Portland Bill, Dorset, on 7th and at New Brighton, Cheshire, on 8th.

Given the lack of suitable weather conditions it was no great surprise that Eurasian Wryneck numbers were considerably reduced, with around 45 birds seen during the week. There were, however, several particularly confiding individuals including those at Hook-with-Warsash, Hants, to 5th and Noirmont Point, Jersey, from 5th. 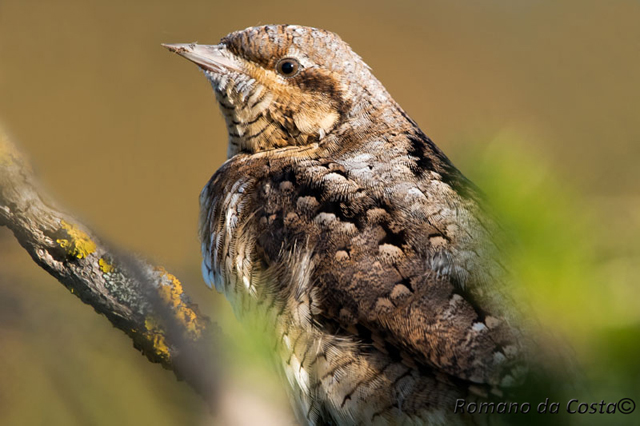 The Citrine Wagtail remained on Fair Isle all week and another was still on North Ronaldsay throughout. Always notable these days, a Tawny Pipit entertained Hampshire birders at Hayling Island on 5th. A Bluethroat at Papa Westray, Orkney, on 6th was the only individual reported this week. 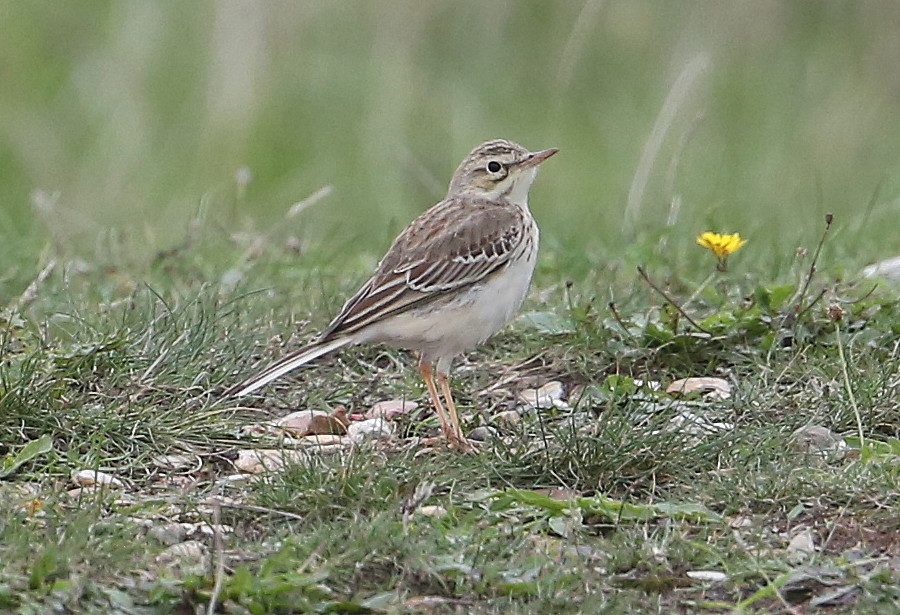 The first Yellow-browed Warblers of the autumn seem to arrive earlier and earlier each year, and this year's first was found — a little surprisingly — at Langham, Norfolk, on 8th. However it was quickly followed by more expected records from Papa Westray, Orkney, and Wester Quarff, Shetland, later that day.

After a good showing of Bonelli's warblers last week, a Western Bonelli's Warbler along Shite Lane at Galley Head, Co Cork, on 8th was the only individual seen. An Arctic Warbler on Fair Isle on 8th may well be a hint of things to come in the next week as a south-easterly airflow takes hold. North Ronaldsay once again held a monopoly of Greenish Warbler records, with a bird trapped and ringed on 3rd still present on 6th.

Another week, another Paddyfield Warbler ... one was on St Agnes, Scilly, briefly in the early evening on 7th but wasn't seen again. A Blyth's Reed Warbler was extracted from a mistnet at Nanjizal Valley, Cornwall, on 2nd but it too wasn't seen subsequently.

Barred Warbler numbers were down on previous weeks, with only around 20 seen. Birds were widely scattered between Shetland and Dorset, with a west-coast record from Tiree, Argyll, from 6th and a couple of records in the London area, including a particularly confiding bird at Staines Moor from 2–8th. The only mainland Icterine Warbler was at Kilnsea, E Yorks, on 5th but a handful were seen on the Northern Isles. Red-backed Shrikes also numbered in the twenties and included a juvenile at Meols, Cheshire, on 4–5th and another youngster inland on Otmoor, Oxon, on 6–7th. 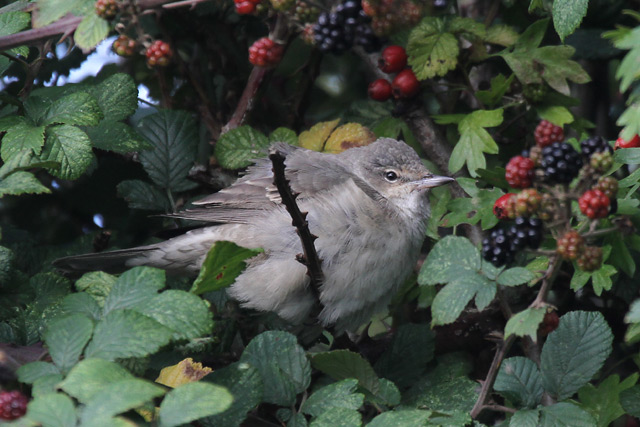 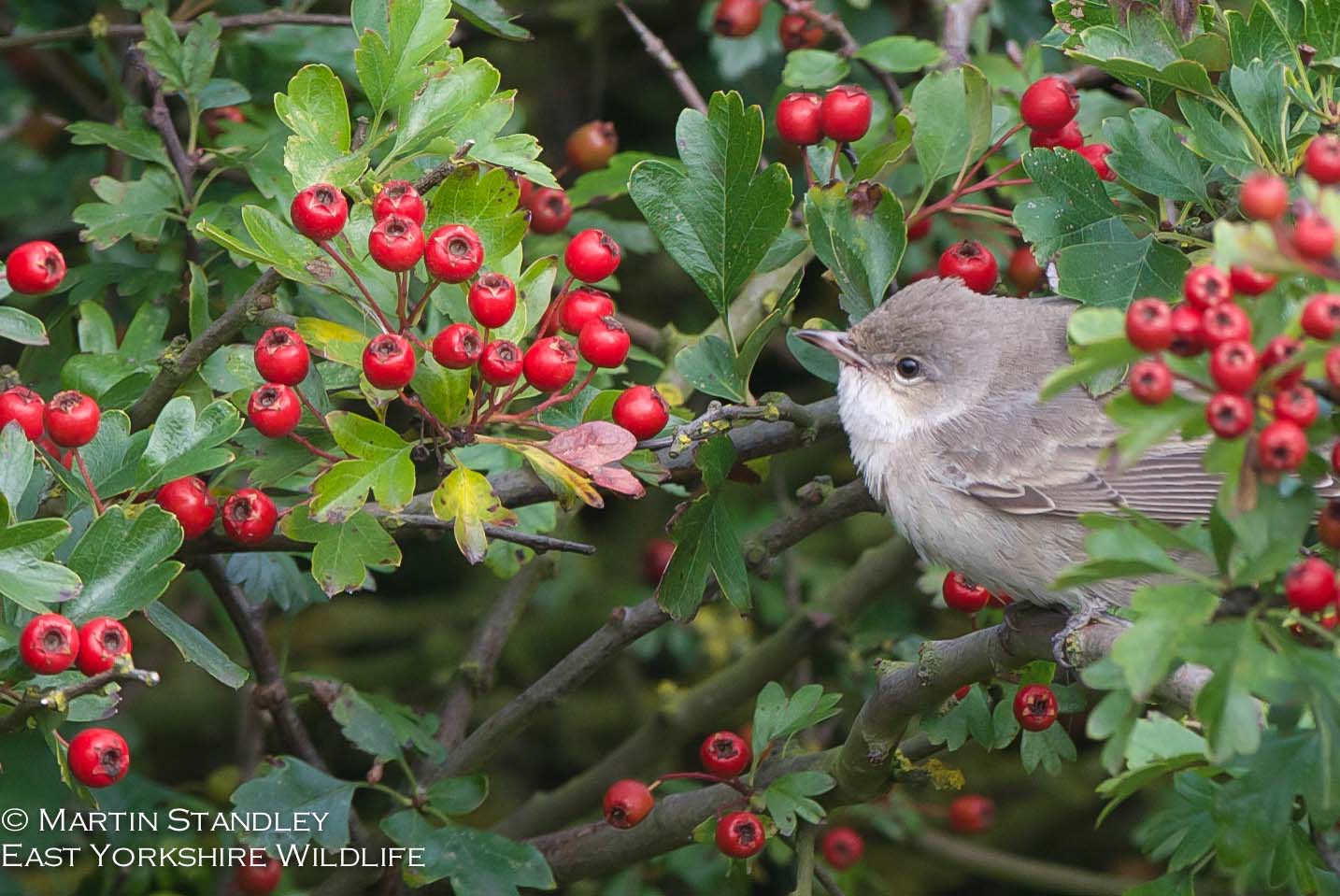 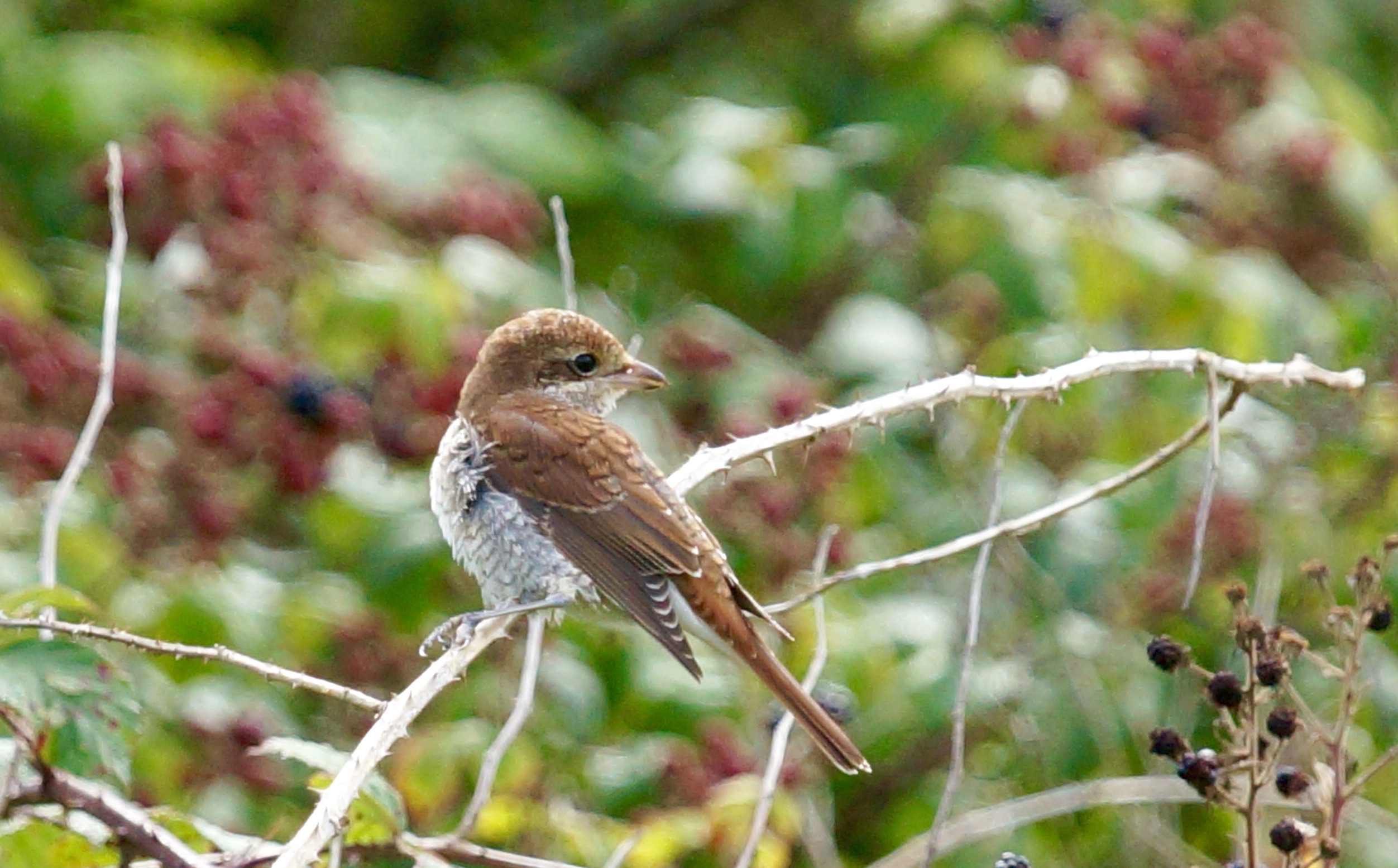 Two juvenile Rose-coloured Starlings on Bryher, Scilly, on 6th were upstaged by the presence of three juveniles in the St Levan area of Cornwall on 8th. An adult was at Stornoway, Lewis, on 6th and the Islay bird was seen again at Kilchoman on 7th. The only Red-breasted Flycatcher was a bird at Nettlecombe, IoW, on 4th. A Common Rosefinch on the Isle of May, Fife, on 8th was the only bird seen away from Fair Isle or North Ronaldsay — two was the high count on the latter island. An Ortolan Bunting was brief at Portland Bill early on 4th, with two over Noirmont Point, Jersey, that day. Another at Nanjizal, Cornwall, on 7th was apparently present for the third day, but there was no news on 8th.

A Sooty Tern seen briefly at Den Helder, Netherlands, on 4th is potentially just the second Dutch record if accepted. Also in the country a smart adult Sharp-tailed Sandpiper was present at De Putten, near Camperduin, from 6th, while another near Farsund, Vest-Agder, on 7th was just the seventh for Norway and showed extremely well. 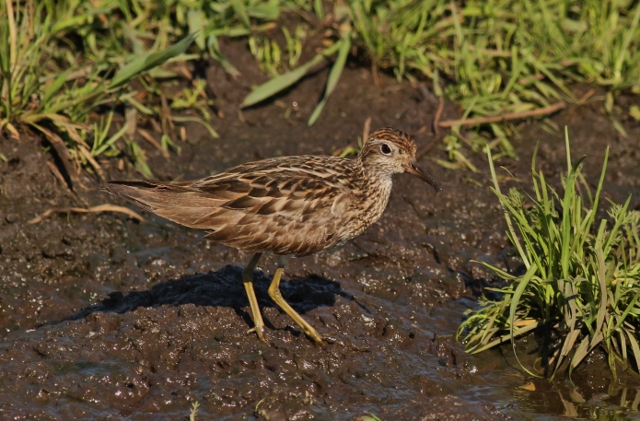 An Eastern Olivaceous Warbler was just across the English Channel on the north French coast at Gravelines on 8th, while three Oriental Honey Buzzards migrated over Batumi, Georgia, on 7th. At least one dark-morph Western Reef Egret was seen on Sicily this week, and there was also news that the Pink-backed Pelican was still present at Kfar Baruch Reservoir, Israel, in early September.