With a bout of colder weather taking over this week, spring was temporarily put on hold (let us not forget it is still early March) and it was down to a handful of lingering mega-rarities to provide the highlights for another quiet week. It was actually one of the quietest weeks since last summer, and it's a good job spring is only just around the corner — our news pages could do with a new lease of life from a new rarity or two.

Cornwall continues to host both the Pacific Diver and Hudsonian Whimbrel in and around Mount's Bay — the former has been seen into May in previous springs and thus may be figuring in our highlights section for some time yet, and one assumes the whimbrel won't be off anywhere imminently. One bird that may have rather less longevity left in it is the Glaucous-winged Gull at Castletown Bearhaven — it was still present on 5th but the lengthening days and rising temperatures (the latter less of a given!) will presumably encourage it to head off any time now, particularly as other gulls (including white-winged and Caspian Gulls) appear to be on the move across the nation at present. 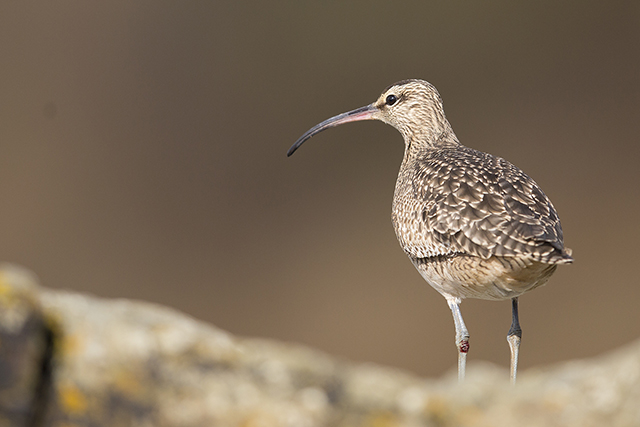 There was a report of the Black Scoter off Bamburgh, Northumberland, once again on 4th but not since. Half-a-dozen Surf Scoters included a first-winter drake reported off the Co Louth coastline for the first time since early January and lingering drakes in Scilly, North Yorkshire, Lothian, Fife and Shetland. Female King Eiders remained off Rosslare Backstrand, Co Wexford, and Ruddon's Point, Fife, while the drake remained in Co Sligo on 2nd.

Six American Wigeon all involved lingering drakes, with the continuing males at Scalby Mills, N Yorks, and Grindon Lough, Northumberland, perhaps the most popular, though one was again at Aqualate Mere, Staffs, from 5th. Eleven Green-winged Teal included a new bird at Tarbert, Co Kerry, on 8th, while a bird at Balranald, N Uist, is presumably that seen at nearby Loch Sandary earlier in the year. There was no news on the American Black Duck in Co Cork this week, though it's entirely possible that it's still there. Drake Garganey continued in Nottinghamshire and Lincolnshire. 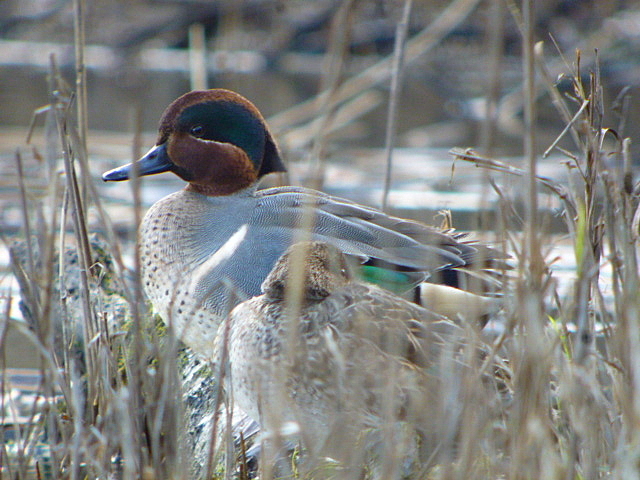 It has not been seen at the end of February, and there was no sign again of the Hooded Merganser in Wiltshire — certainly a big plus towards its acceptance by the Rarities Committee if it remains that way. The only Lesser Scaup were the semi-resident drakes in Cornwall and Glamorgan, while just six Ring-necked Ducks were reported. Two continued together at Knockaderry Lake, Co Waterford, and the female was again at Tittesworth Reservoir, Staffs, on 6–7th but there was no sign of the showy bird near Pitlochry, Kinross — this individual was last noted on 29th. The female Ferruginous Duck was still at Pugney's Country Park, W Yorks, on 6th and drakes continued in Hampshire and Durham; it's possible that the bird found at Staines Reservoirs, Surrey, on 3rd may have been the recent Milton Keynes drake relocating.

At least two Richardson's Cackling Geese were on Islay — two were at Ballygrant on 6th, following reports of singles at Mull of Oa on 3rd and Kintra on 5th. Both the Richardson's Cackling and Todd's Canada Geese continued in Co Sligo. Four Snow Geese remained in Aberdeenshire, being seen at Blackburn on 6th. Black Brants were recorded in Devon, West Sussex, Kent, Essex and Lincolnshire, this last county producing two at North Cotes Airfield on 8th. 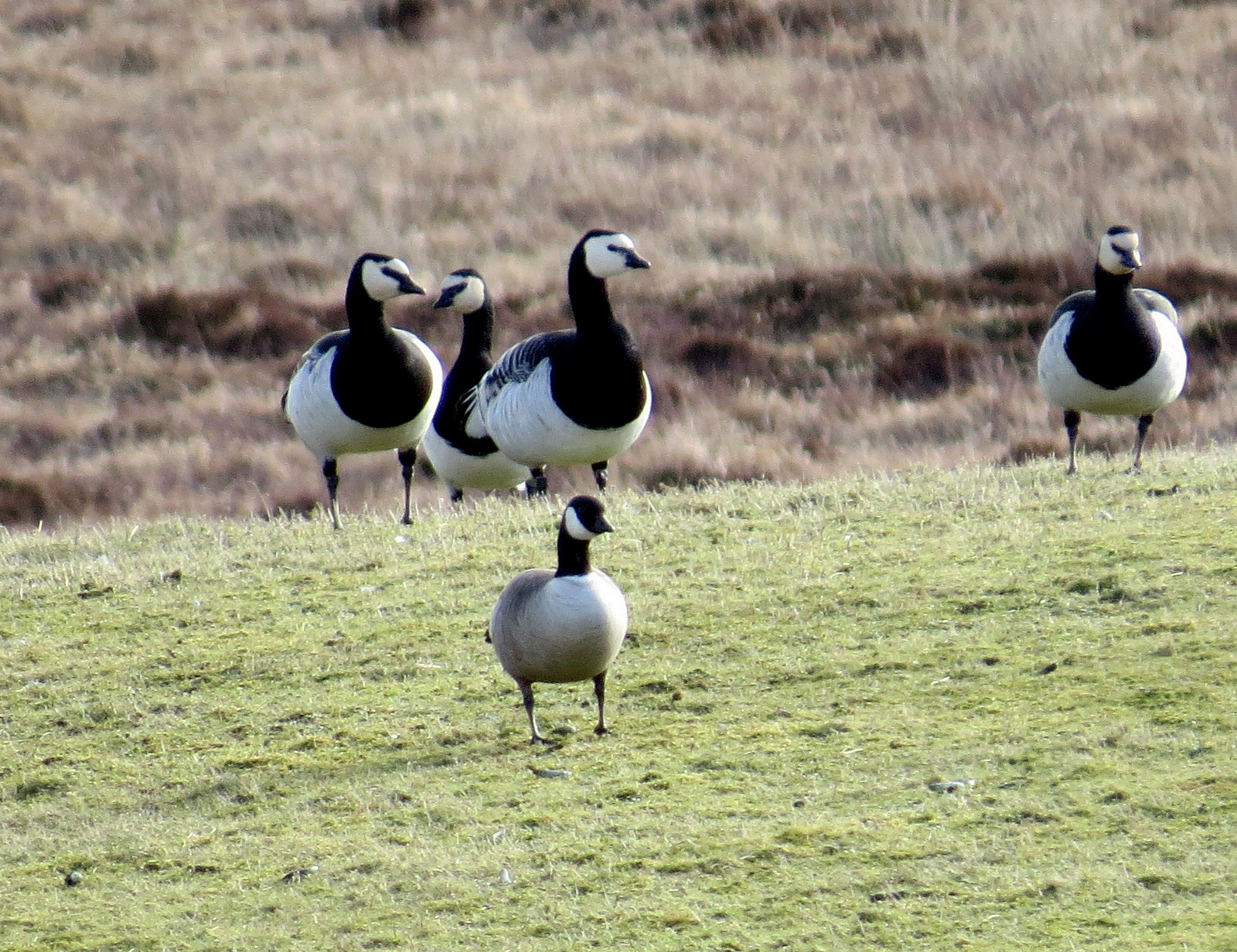 Suffolk was once again blessed with two Cattle Egrets: the long-stayer still at Iken and last week's bird putting in another seven days at North Cove. Elsewhere one remained near Mudgley, Somerset. At least nine Glossy Ibis were seen across Britain and Ireland, including a bird again in Cheshire at Gowy Meadows on 5th; two in flooded fields near Cahore, Co Wexford, on 8th was the highest count. The escaped White Stork relocated to Lyng, Norfolk, from 4th.

The first Ospreys of the year were noted from 4th, when birds were seen in Lothian, Borders and on the Isle of Wight; further individuals were in Cheshire on 6th and Bedfordshire on 8th. Neither the Norfolk Pallid Harrier nor the Orkney Northern Harrier were seen this week, and just five Rough-legged Buzzards were noted. Late news concerned a male Snowy Owl found at Beinn Bhreac-liath, Argyll, on 27 February.

All three Long-billed Dowitchers remained present and correct, with the Hampshire bird still on Sunday and both the Rutland Water and Northumberland individuals still on Tuesday. 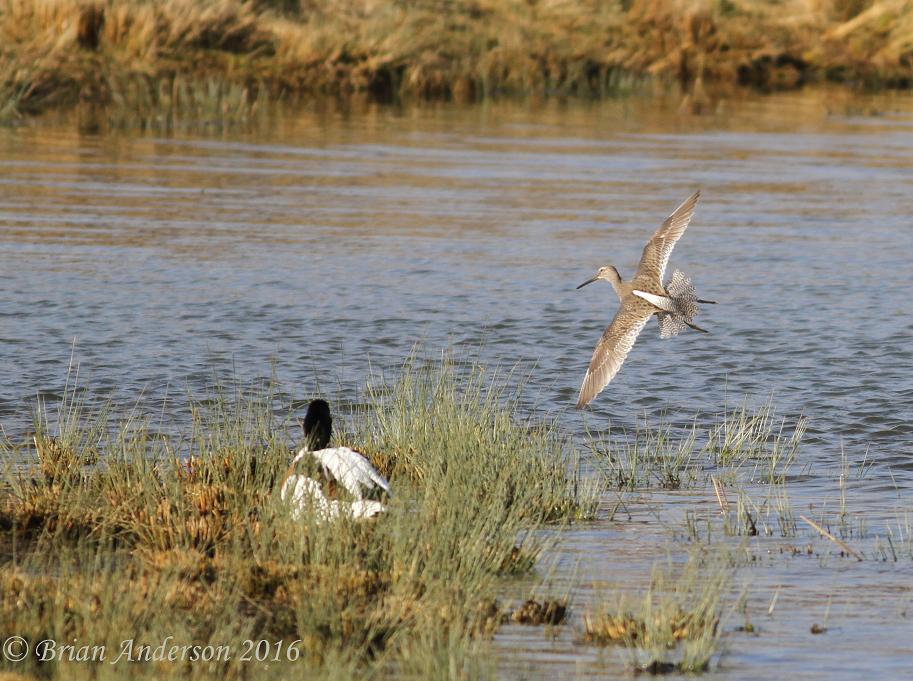 The American Herring Gull remained around Castlebay, Barra, all week and the third-winter was again reported at St Just, Cornwall, on 3rd — the first report since the end of January. Also in Cornwall the first-winter roosted at Mousehole on 5–6th and a Franklin's Gull was at Siblyback Reservoir for a matter of minutes on 5th. Once again it was just the lingering Devon Bonaparte's Gull noted, while Ring-billed Gull tallies barely reached double figures, Cork City once again top scoring with four birds on 5th. Iceland Gulls are on the move, with numbers into the 70s; several twos and threes were noted in northern and western areas. Glaucous Gulls were fewer in number, totalling into the 50s. 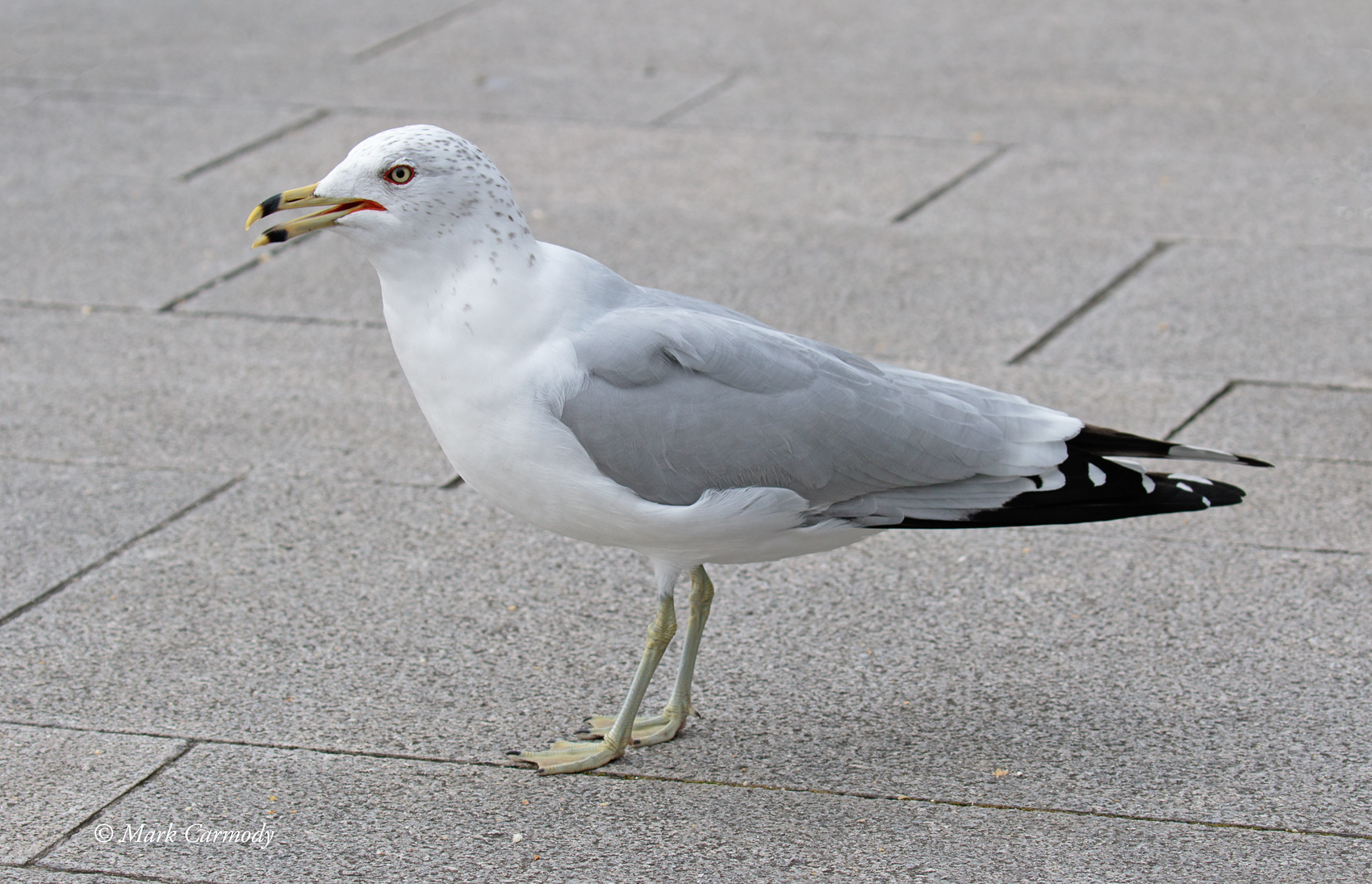 Another week passes and the Staffordshire Hoopoe shows no signs of wanting to leave — it was still happily probing around the quarry at Wall Heath on 8th. Shore Larks remained in Kent, Lincolnshire and Cleveland, while new birds were at Alnmouth, Northumberland, from 7th and, more surprisingly, at Llyn y Fan Fawr, Powys, on 5th. The two Richard's Pipits were not reported at Blackhall Rocks, Durham, beyond 2nd, but a new bird was at Appleby Carrs, Lincs, on 6th, two were still at Flamborough Head, E Yorks, on 6th and the Kent bird remained on Sheppey. 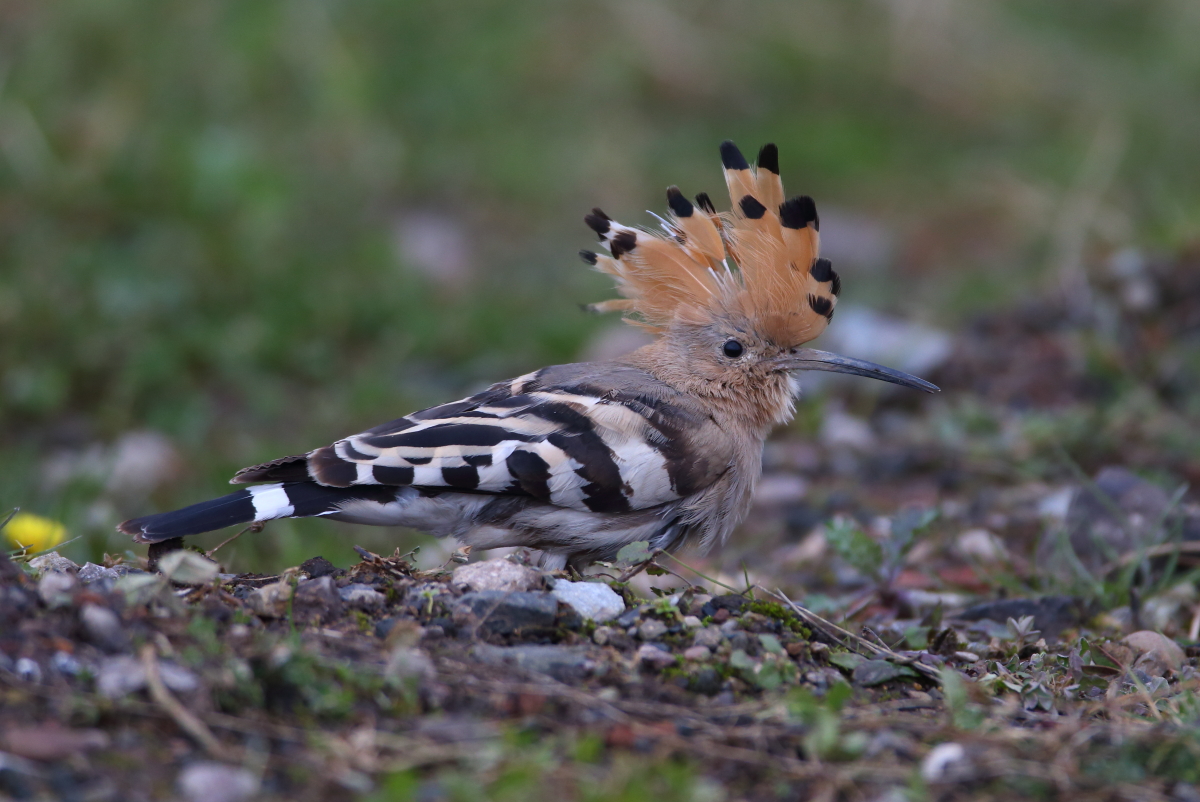 One of the week's highlights was the continuing Pallas's Warbler at Portesham, Dorset, which was showing very well at times during the week and was extremely popular and well photographed. Another was reported at Stackpole Court, Pembrokeshire, on 7th. Pembrokeshire also hosted the continuing Yellow-browed Warbler at Monk Haven and others were seen in Exeter, Devon, and at Saltash and Tresemple Pool (both Cornwall). 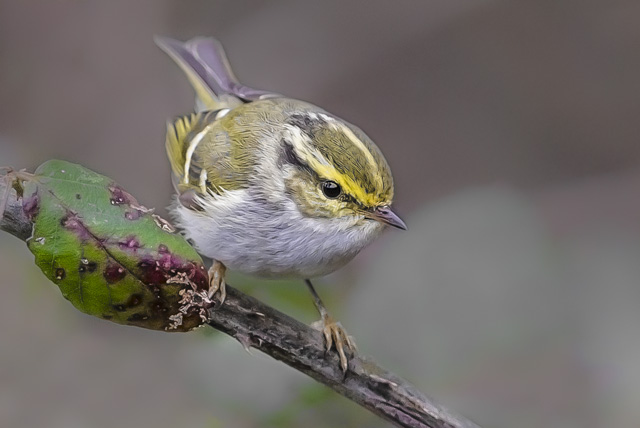 Penduline Tit reports are beginning to wane and it was the two males near Gloucester that proved most reliable this week; the only other reports concerned up to two still at Titchfield Haven, Hants. A Northern Long-tailed Tit at Sandwich Bay, Kent, on 8th was part of a min-influx to the county; at least six were at Bockhill on 4th, with four present in Kingsdown on 6-7th. 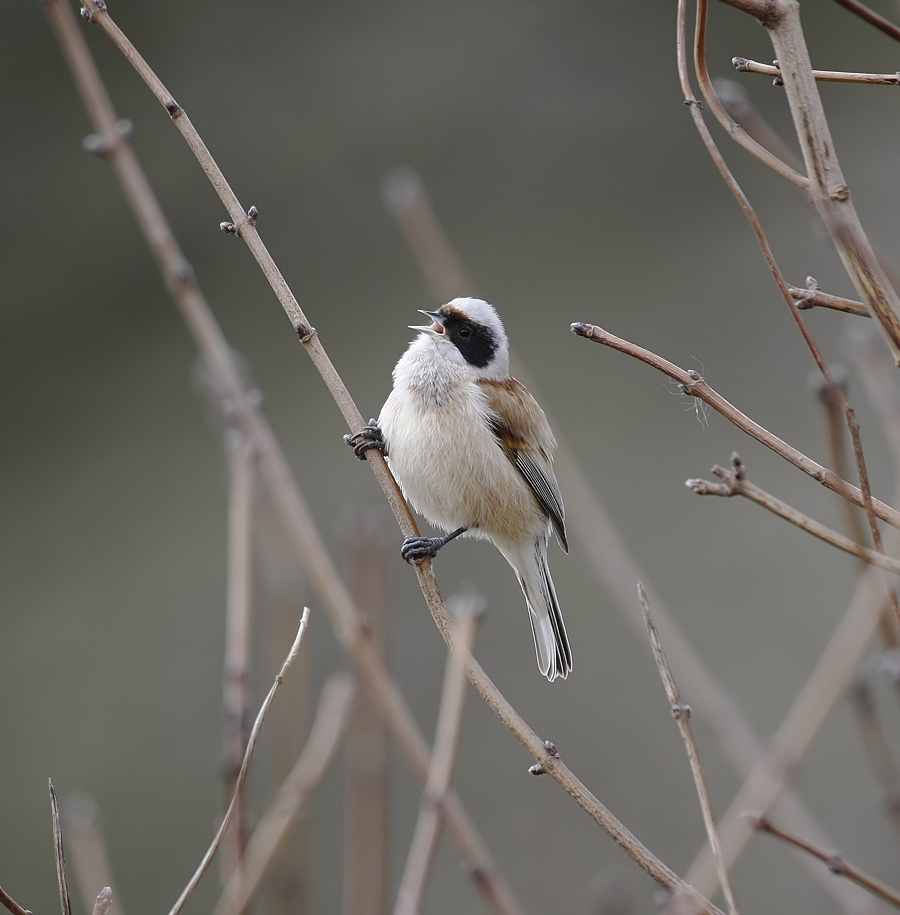 A good week in Israel saw the continued presence of both the immature Bateleur near Gal'on and the Red-billed Teal at Hazeva, boosted by the appearance of the earliest-ever spring Yellow-billed Stork to be seen in the country. Found in the Bet She'an Valley on 5th, it was still there on 7th (photo here) and is now assumed to be the same as last year's individual, presumably having over-wintered in the area. 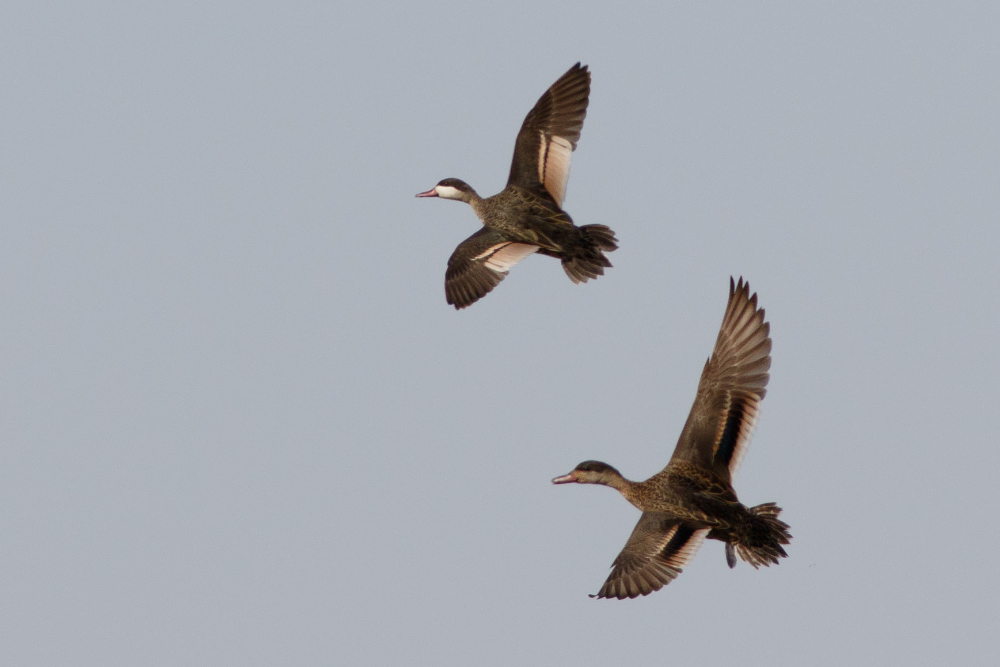 The Netherlands continues to hold on to its much-celebrated double act of Siberian Rubythroat and Pine Bunting — but, with spring arriving, for how much longer? Norway's Oriental Turtle Dove was still near Bergen on 5th. 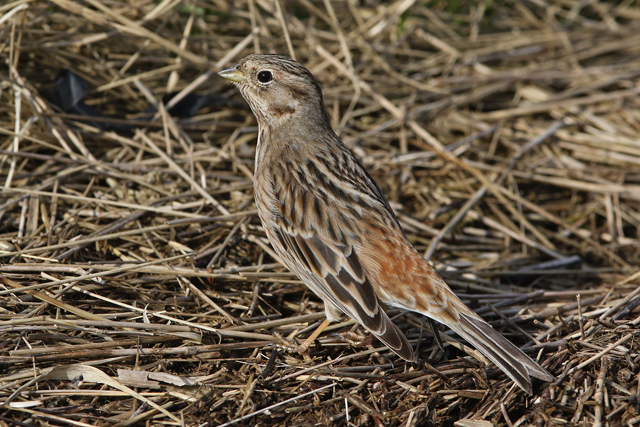 A Cape Gull was seen in Dakhla Bay, Western Sahara, on 4th, while the immature Allen's Gallinule continues to exist on the smallest marshy pools at Tachektent, on the Aoussard Road. Spain's Solitary Sandpiper remains near Cuevas de Almanzora, Almería, and both Sociable Lapwing and Wilson's Phalarope also remained in the country. 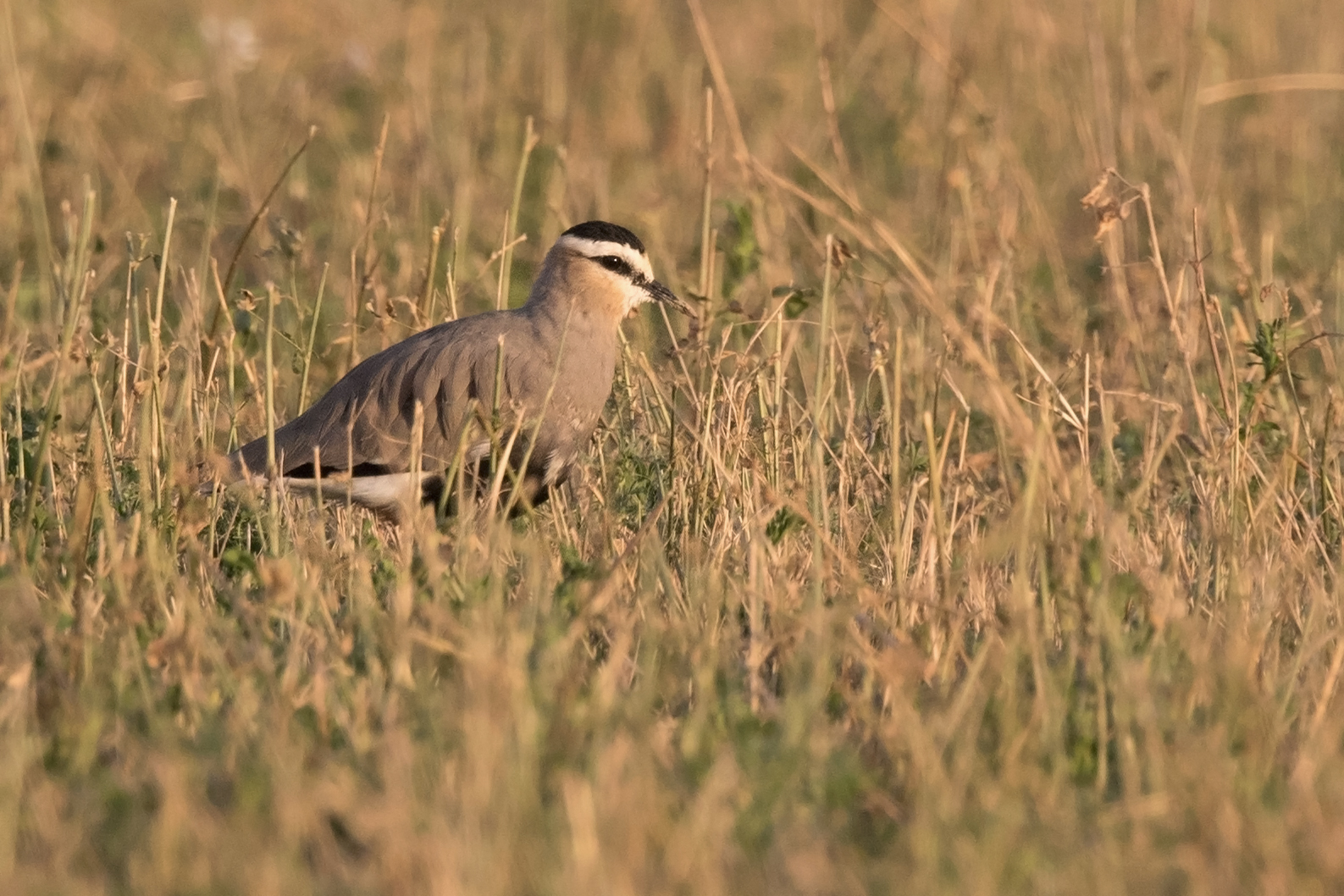