Another reasonably quiet week passes us by, albeit one not totally without incident. After an unseasonably mild couple of weeks, the temperature dropped off again this week — so much so that some upland areas were temporarily 'treated' to something not we've not seen much of this winter: a light dusting of snow!

Despite this, summer migrants continued to filter — though not pile — in, with Sand Martins now numerous right up to the northern periphery of Scotland, and Wheatears not far behind. Further south, Little Ringed Plovers and Garganey seem relatively well established, while Swallow and House Martin reports also increased (though both species were by no means widespread) and Osprey records became more numerous. Early singing Sedge Warblers saw the first at Heybridge Gravel Pits (Essex) on 23rd, followed by birds in Suffolk and Norfolk the following day. Willow Warblers began to pop up in the second half of the week, and the first Redstart was at Hanningfield Reservoir (Essex) on 24th (others were reported in East Sussex and Carmarthen on 25th). Just one Common Whitethroat report was received — from Upminster (London) on 22nd. A particularly early Nightingale was reported from High Woods Country Park (Essex) on 25th. 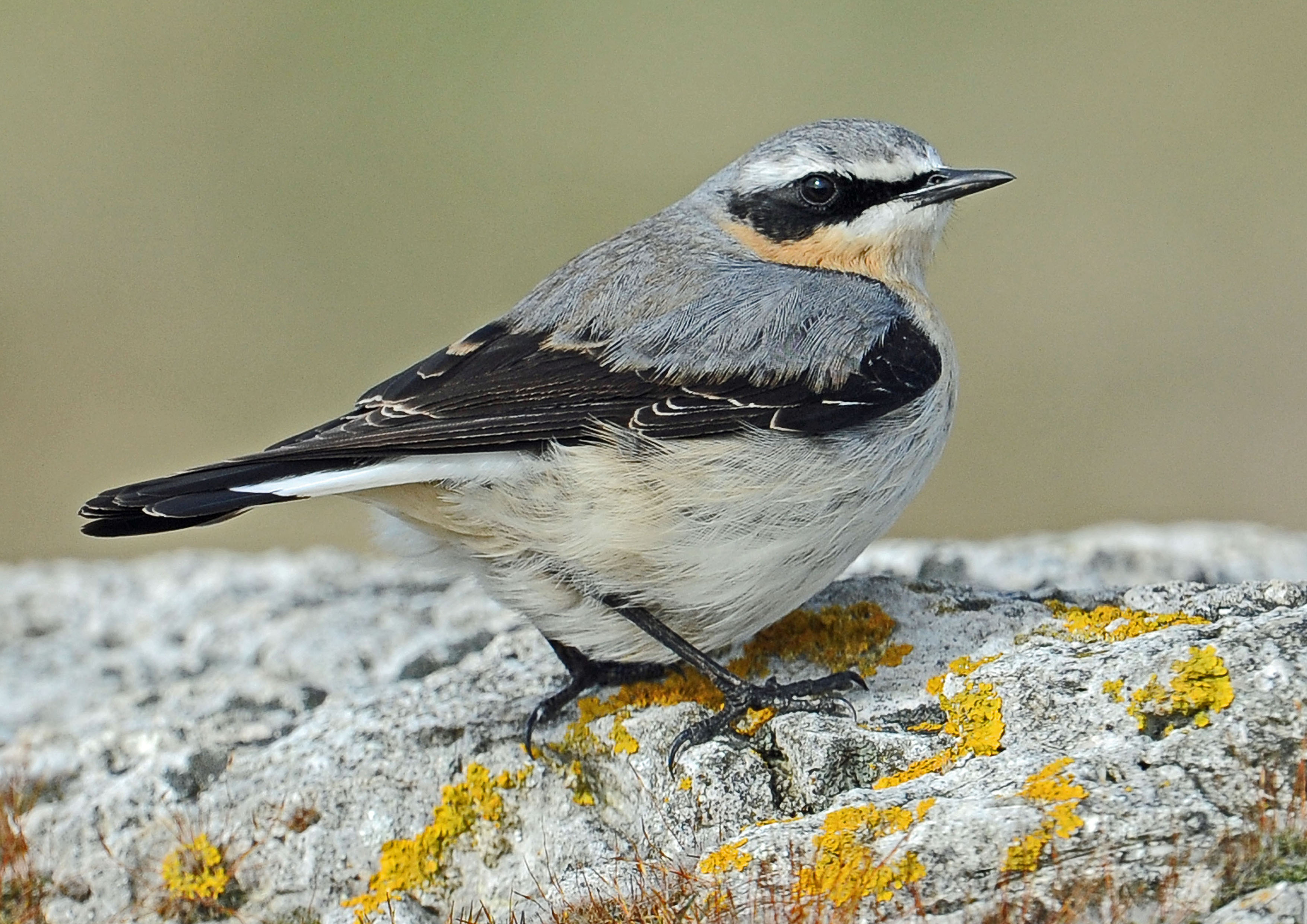 Rarity-wise, the highlight of the week came in the form of a Snowy Owl, unexpectedly disturbed from the sea wall between East Tilbury and Mucking Bay late morning on 24th. After flying out towards the Thames Estuary, the bird doubled back and flew inland but, despite searching, could not be found during the remainder of the day (nor that following). It seems there's a good chance it'll still be in the area; could it be one of the birds from the near-Continent relocating?

Otherwise, the highlights section was largely reliant on long-stayers. After apparently cheating death on 19th (a long-tailed bird found dead by one of the greenkeepers turned out to be a Magpie), Pembrokeshire's Great Spotted Cuckoo continued to tour the golf course near Penally until at least 23rd, though was often very mobile. Meanwhile, up in Scotland, the American Coot held out for another week at Loch Flemington, as did the Pied-billed Grebe on North Uist. Incidentally, recent American Coot departure dates have been 9th April 2011 (the Mayo bird) and 13th April 2013 (Galway), so the Highland bird might still have a week or two left in the tank. 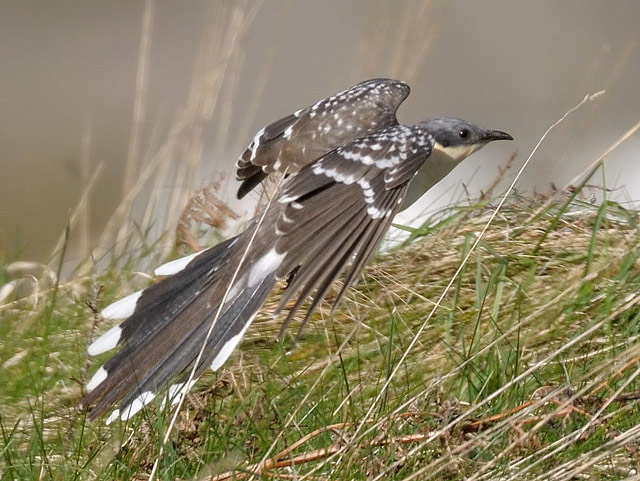 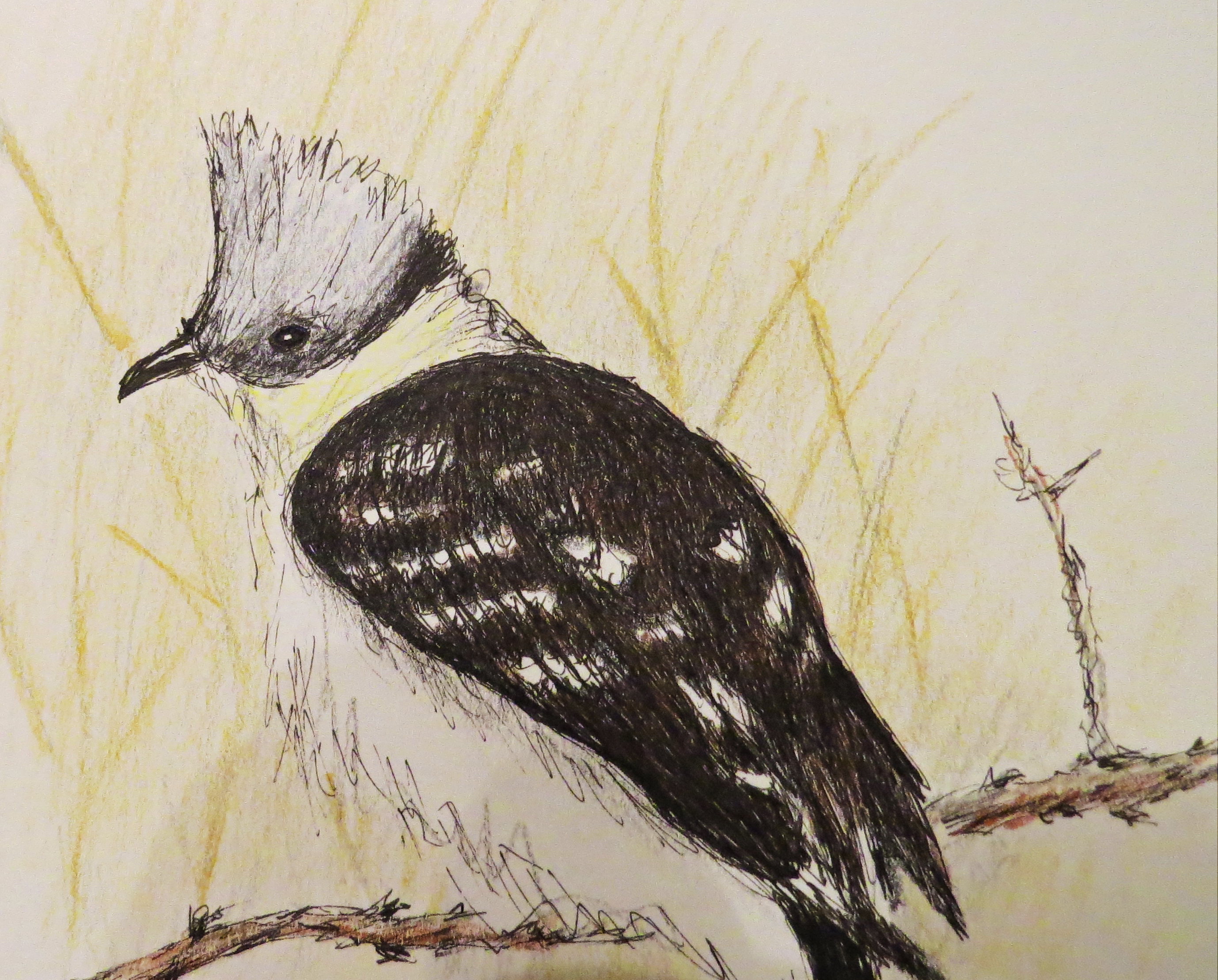 In Dumfries & Galloway, the unringed Red-breasted Goose was again seen at Loaningfoot and Mersehead early in the week but not again; another was reported at Middlebere (Dorset) on 24th. Two blue-morph Snow Geese were again near Braehead (Clyde) from 24th, with others at Evie (Orkney) on 23rd and Montrose Basin (Angus/Dundee) on 25th; two also remained at Tayinloan (Argyll). Two Cackling Geese were seen alongside a Canada Goose on Mutton Island, off Quilty (Clare) on 24th, while Black Brants were in Cumbria, Norfolk, Essex and on Jersey (2).

The Black Duck remained near Strontian (Highland), being seen there on 24th-25th with its Mallard mate. There was also a reappearance from the Earith (Cambs) American Wigeon, seen again on 19th; another drake was still on Lough Neagh (Armagh) on 23rd. Two drake Green-winged Teal were again at Newgale (Pembs) on 25th — the last time more than one was seen was 19th January. New drakes were at Graemeshall (Orkney) on 24th, and Kenfig saltmarsh (Glamorgan) and Loch Gruinart, Islay, on 25th; more familiar birds remained in Warwickshire, Cleveland, Dumfries & Galloway and on Fair Isle. The female Lesser Scaup was again at Alturlie Point (Highland) on 24th, with the drake still at Tittesworth Reservoir (Staffs) on 25th. A drake Ring-necked Duck was new on Islay from 24th, with another drake still in Waterford and the female on North Uist. Female King Eiders remained off Portnoo (Donegal), Blacksod (Mayo) and Fidra (Lothian), while a drake Surf Scoter was off Buckhaven (Fife) on 23rd and others remained off Lothian, Dorset and Cornwall. 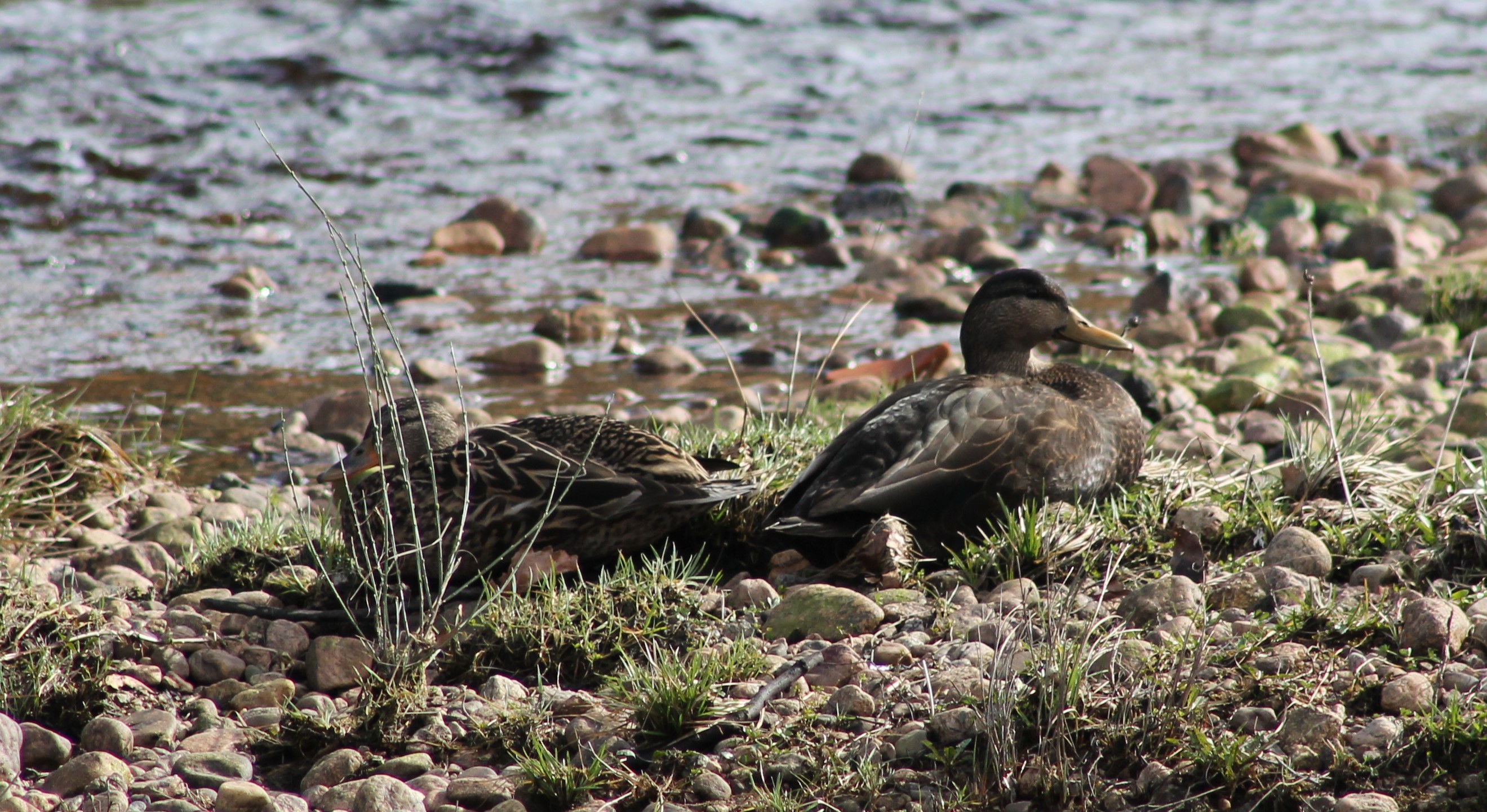 After a monotonous winter of Great White Egrets and Glossy Ibis (plenty of both still widely scattered this week), it was nice to see some fresh blood in the herons (and allies) department. 2014's first White Stork was at Pett Level (E Sussex) on 22nd and was soon followed by the spring's first Purple Heron — rather predictably on St Mary's (Scilly) on 25th, with the island also continuing to host the Night Heron to at least 20th. Cattle Egrets involved the long-stayer at Steeple Claydon (Bucks) to 24th and the County Down bird again at Hillsborough Lake on 23rd; another was reported from Southwold (Suffolk) on 24th. 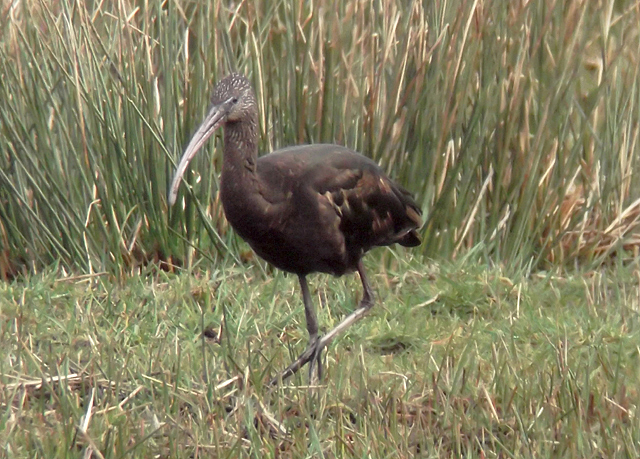 Early Black Kites included one over Bridgemary (Hants) on 20th and a probable over Dungeness (Kent) on 23rd. More significant in an English context, though, were a couple of White-tailed Eagle records: an adult was seen from the Wykeham Forest raptor viewpoint in North Yorkshire on 21st-22nd, and a juvenile flew over Hollesley (Suffolk) early on 24th. Rough-legged Buzzards were still in Norfolk (two at Haddiscoe and a third still near King's Lynn) and Kent (Sheppey on 21st). With no sign of the Long-billed Dowitcher, it was left to sole responsibility of Hampshire's Lesser Yellowlegs to fly the flag for rare shorebirds.

Portmagee (Kerry) dominated gull news this week with an extremely bleached juvenile gull photographed on 23rd, which appears to be either a Thayer's or Kumlien's Gull. This lead to the rediscover of the second-winter American Herring Gull on 25th, which had first been reported there on 9th March. County Cork's Laughing Gull is on the move, and was impressively relocated 360km to the north at Groomsport (Down) on 23rd — photo analysis certainly seems to suggest that it's the same bird. Rather more static was the Bonaparte's Gull in Cardiff Bay (Glamorgan), which was still there on 25th — as was the Forster's Tern at Nimmo's Pier (Galway). Cork Harbour remains the place to see Ring-billed Gulls, with three at Cuskinny Marsh, at least three in Cork City and another at Lough Aderra. Two remained in Limerick city centre, and singles were still in Counties Wexford and Kerry. A new adult showed up at Portnoo (Donegal) on 20th. Over in Britain, adult 'Ringers' were still in Hampshire, Glamorgan, Fife and Highland. 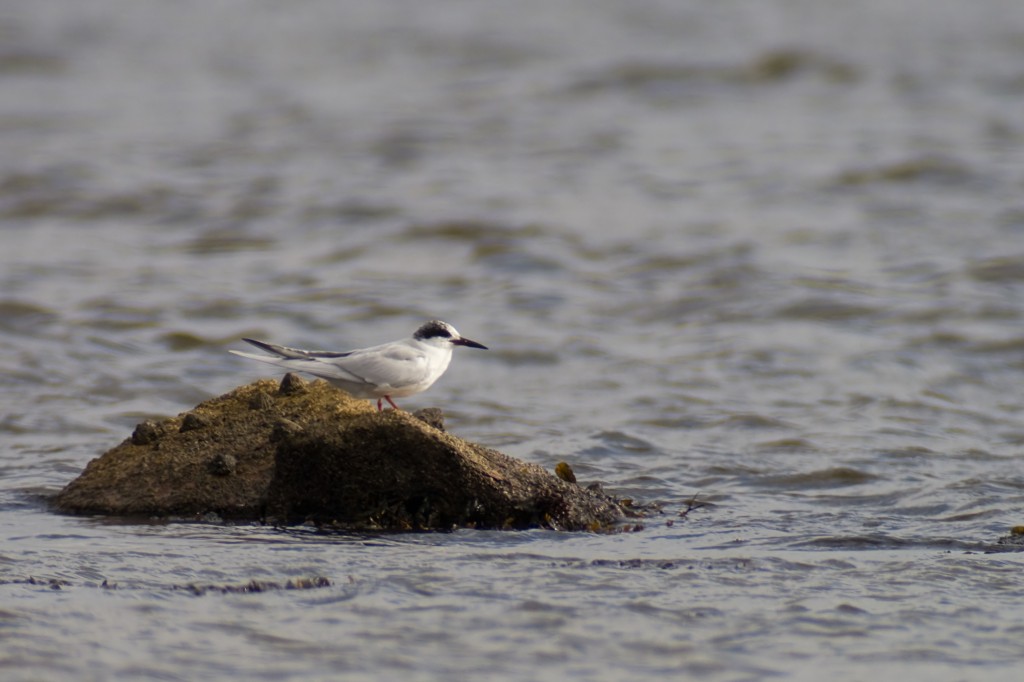 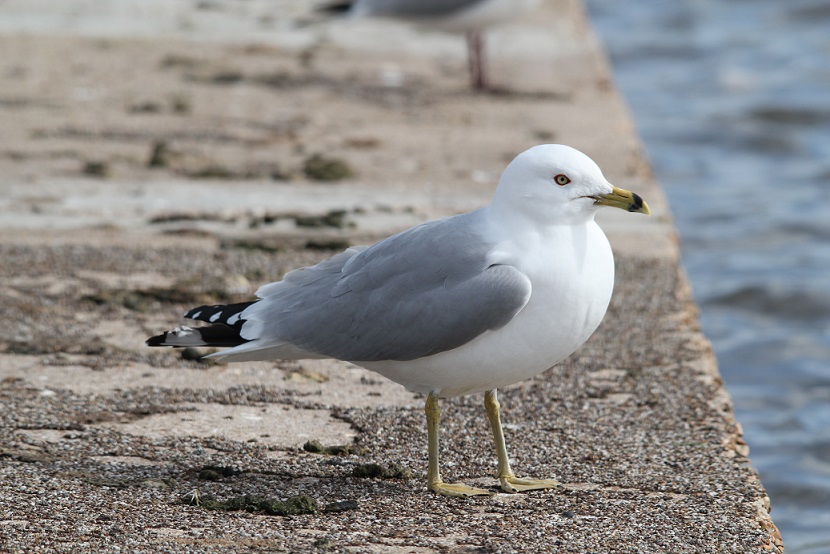 Both wintering Hoopoes remained present and correct — at Leswalt (Dumfries & Galloway) on 22nd and Snodland (Kent) throughout — while new birds were at Portland (Dorset) on 21st, Lanreath (Cornwall) on 22nd and St Agnes (Scilly) from 24th. Richard's Pipits were again reported from East Portlemouth (Devon) on 21st and Salthouse (Norfolk) on 25th; another was discovered between Newhaven and Seaford (E Sussex) on 24th. In Suffolk, the elusive Olive-backed Pipit was again in gardens at Leiston on 19th-20th, but not after the latter date. The Northern Treecreeper was also still in Millennium Wood, Flamborough (E Yorks). 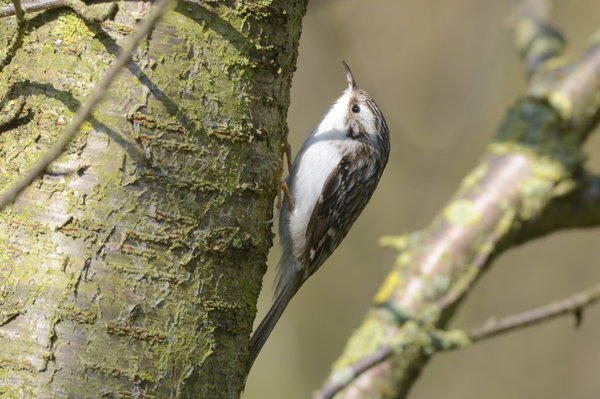 A Dusky Warbler was a surprise find at Oulton Marshes (Suffolk) on 19th; though elusive, it remained throughout the week and showed well on occasion. The Hume's Leaf Warbler was still in Ramsgate cemetery (Kent) during the week, while Yellow-browed Warblers were still in Uffmoor Wood (Worcs), and Ponsanooth and Gwennap (Cornwall); a new bird was in Bath (Somerset) on 22nd. Presumed Siberian Lesser Whitethroats remained in their respective chosen gardens in Egginton (Derbys) and Tynemouth (Northumbs). 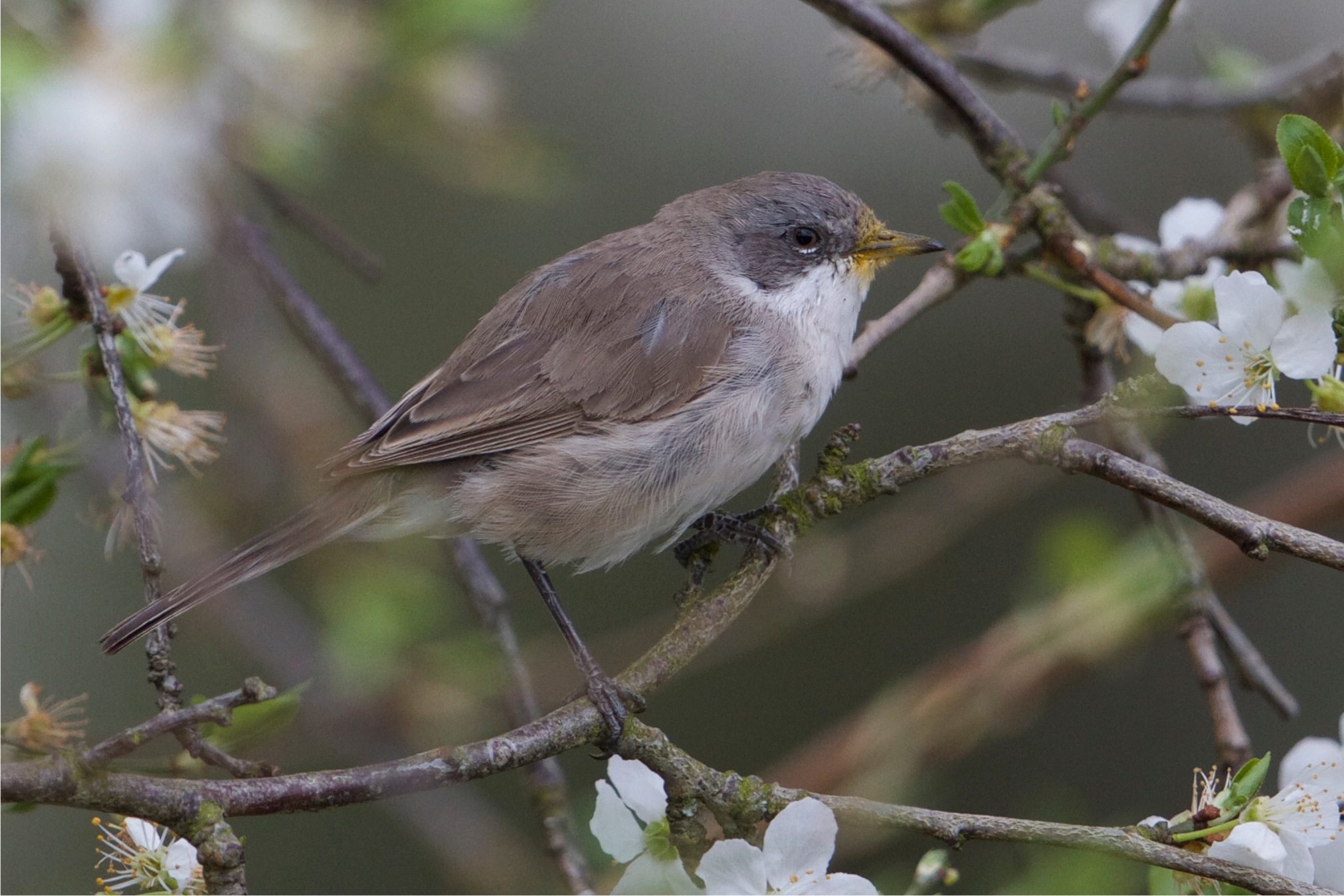 Serins are classic early spring fodder: one overflew Sandwich Bay (Kent) on 19th and a male was singing at Landguard (Suffolk) early on 21st. The Coues's Arctic Redpoll was again intermittently in a garden in Macclesfield (Cheshire) from 22nd-25th, while the first Parrot Crossbill report for some time concerned six at Grime's Graves (Norfolk) on 19th. Two-barred Crossbills were more numerous, with three again at Lynford Arboretum (Norfolk) on 22nd-24th alongside the more troublesome young male, on which opinion is still divided. Males remained at Hemsted forest (Kent) and Broughton (Lincs), three remained near Brierley (Glos) and five were still at Broomhead Reservoir (S Yorks). 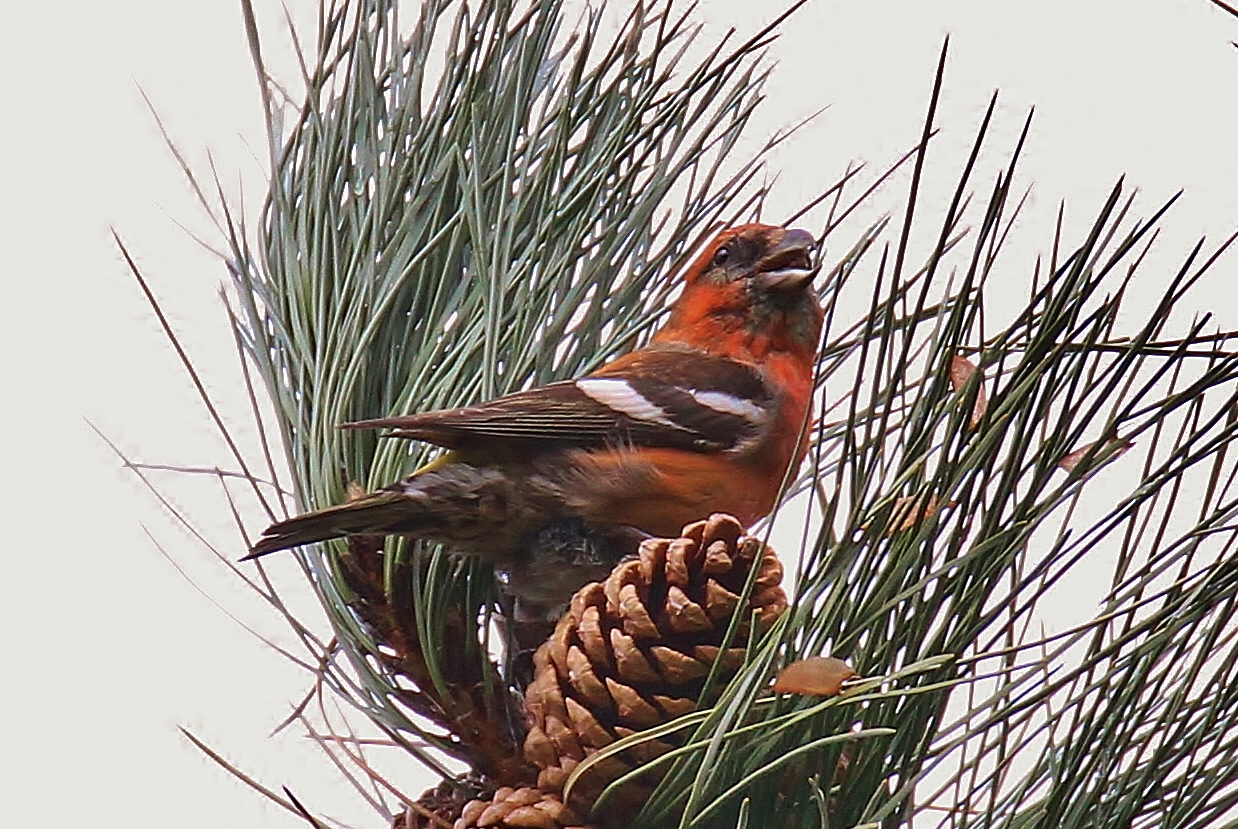 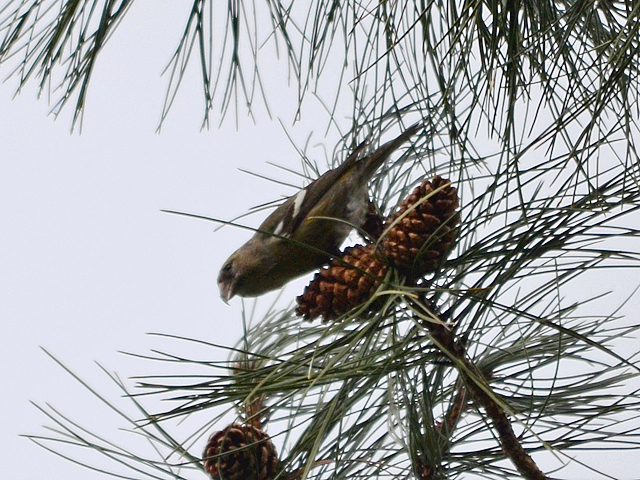 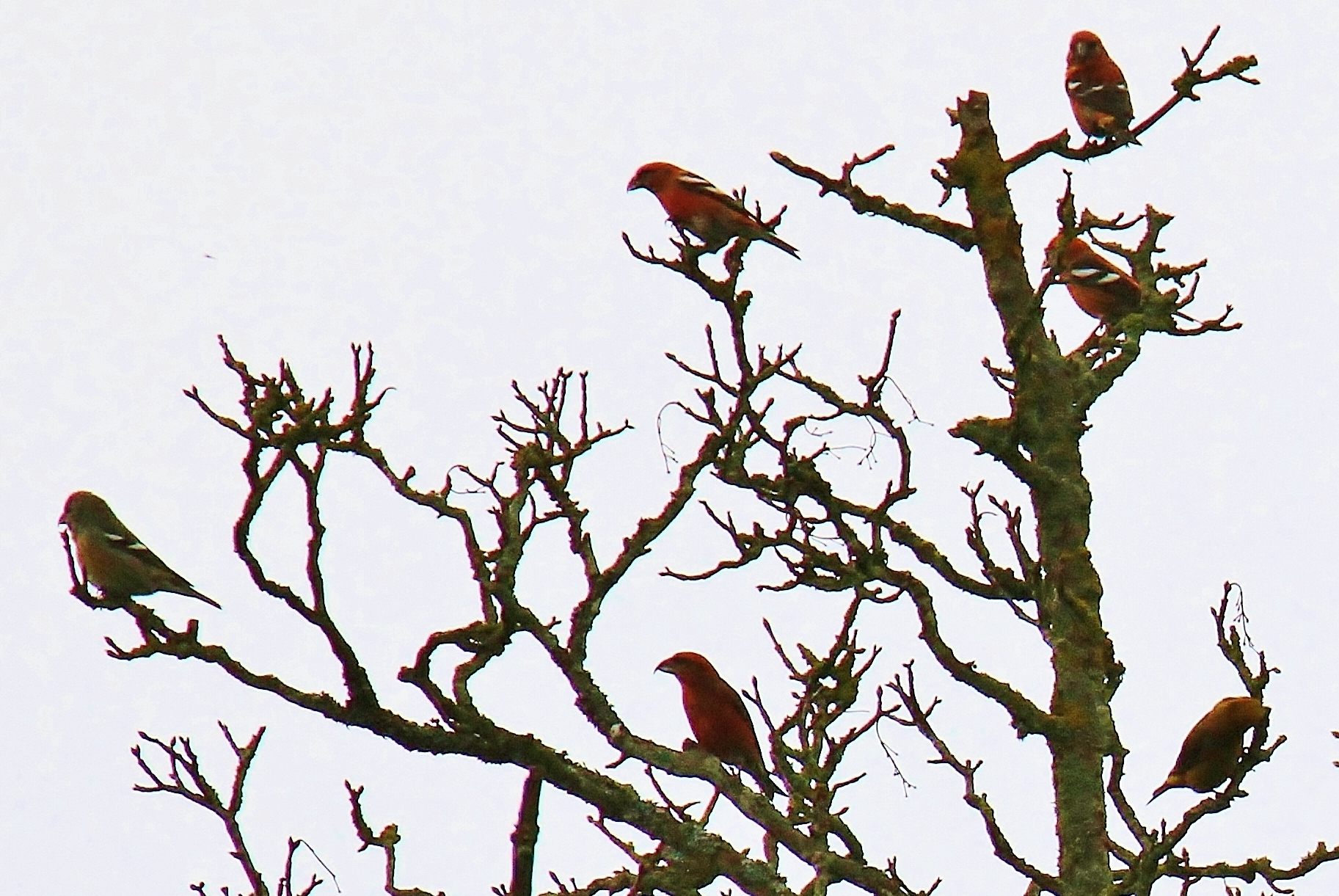 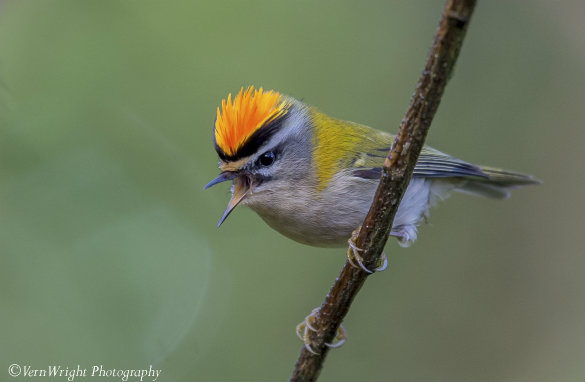 Vern Wright has been posting to BirdGuides for less than six months, but has already uploaded some excellent images taken around the English Midlands. This week, thanks to an arresting portrait of a Firecrest taken in Warwickshire, he becomes the seventh photographer in ten weeks to receive his first Photo of the Week. Photos of 'crest' species are always popular but, with the brilliant orange head plumes of this bird caught raised and glowing amidst the muted green backdrop, it was no surprise that the thumbs-up and comments came flooding in. We're looking forward to seeing more of Vern's work over the coming months. 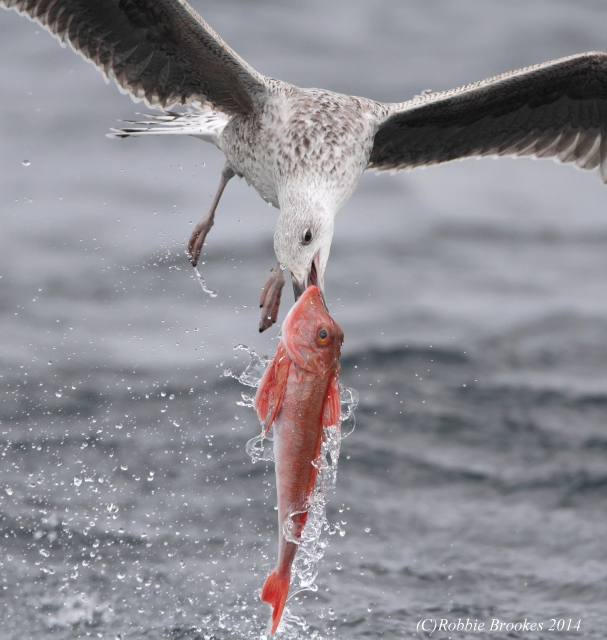 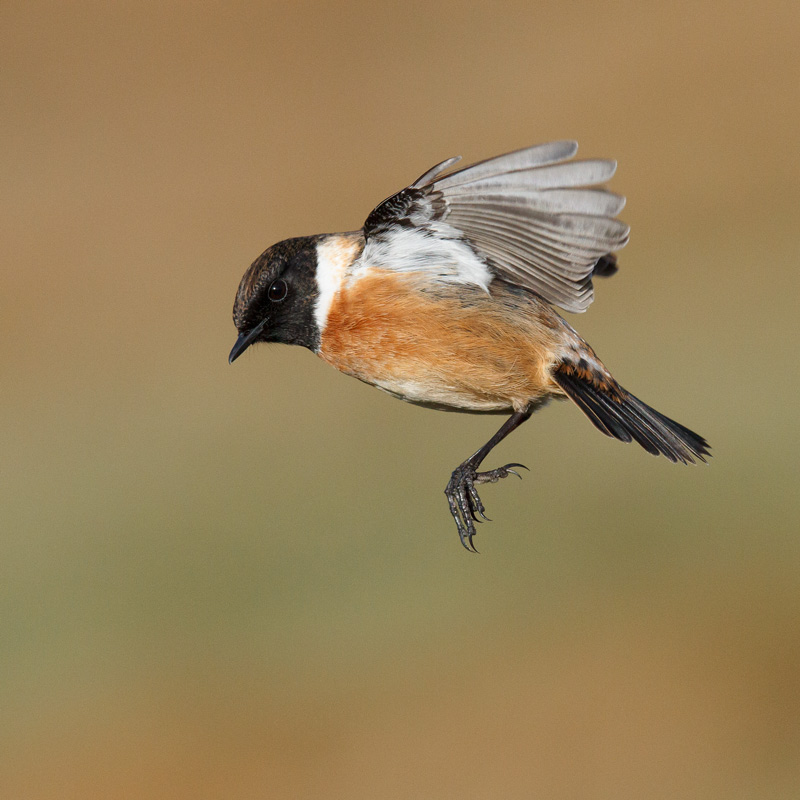 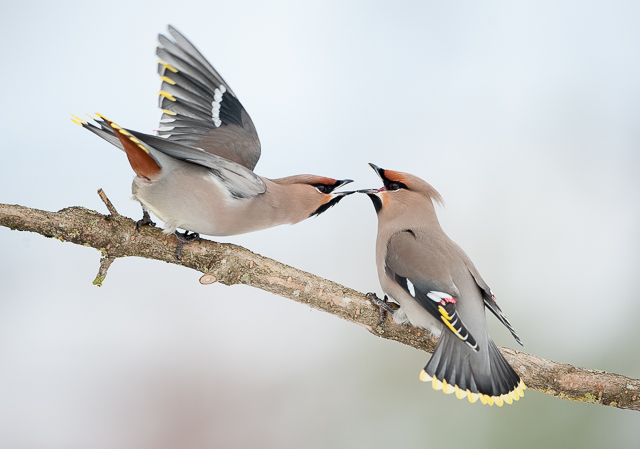 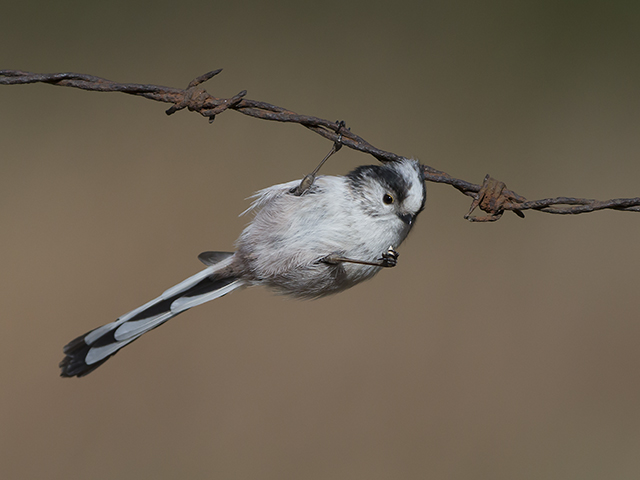 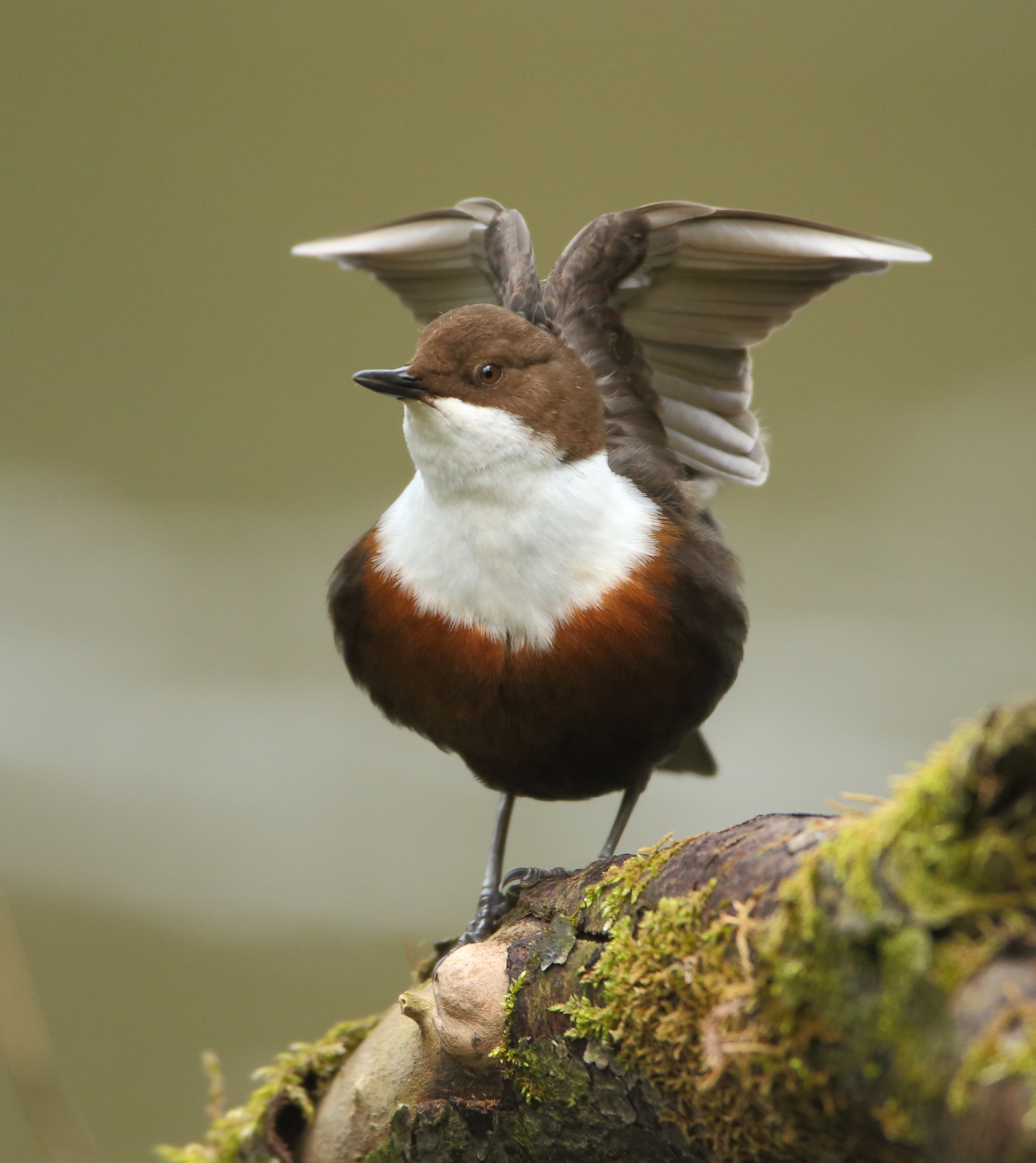 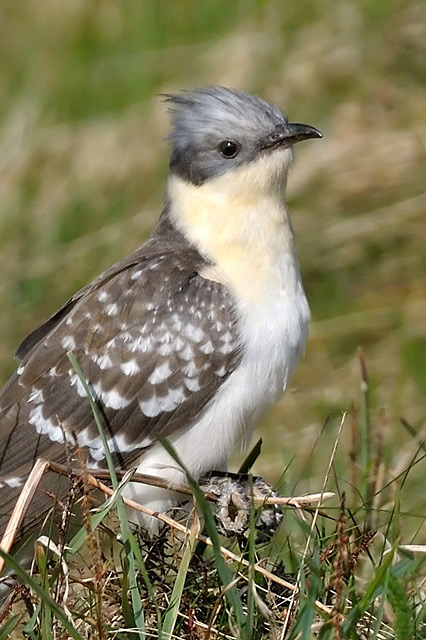 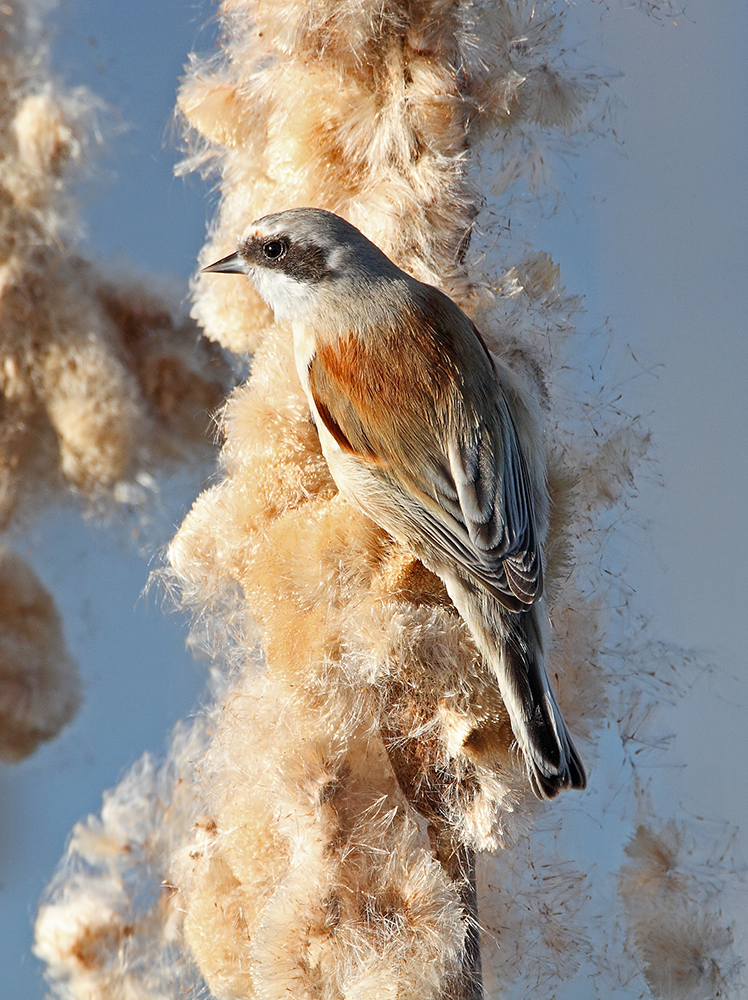 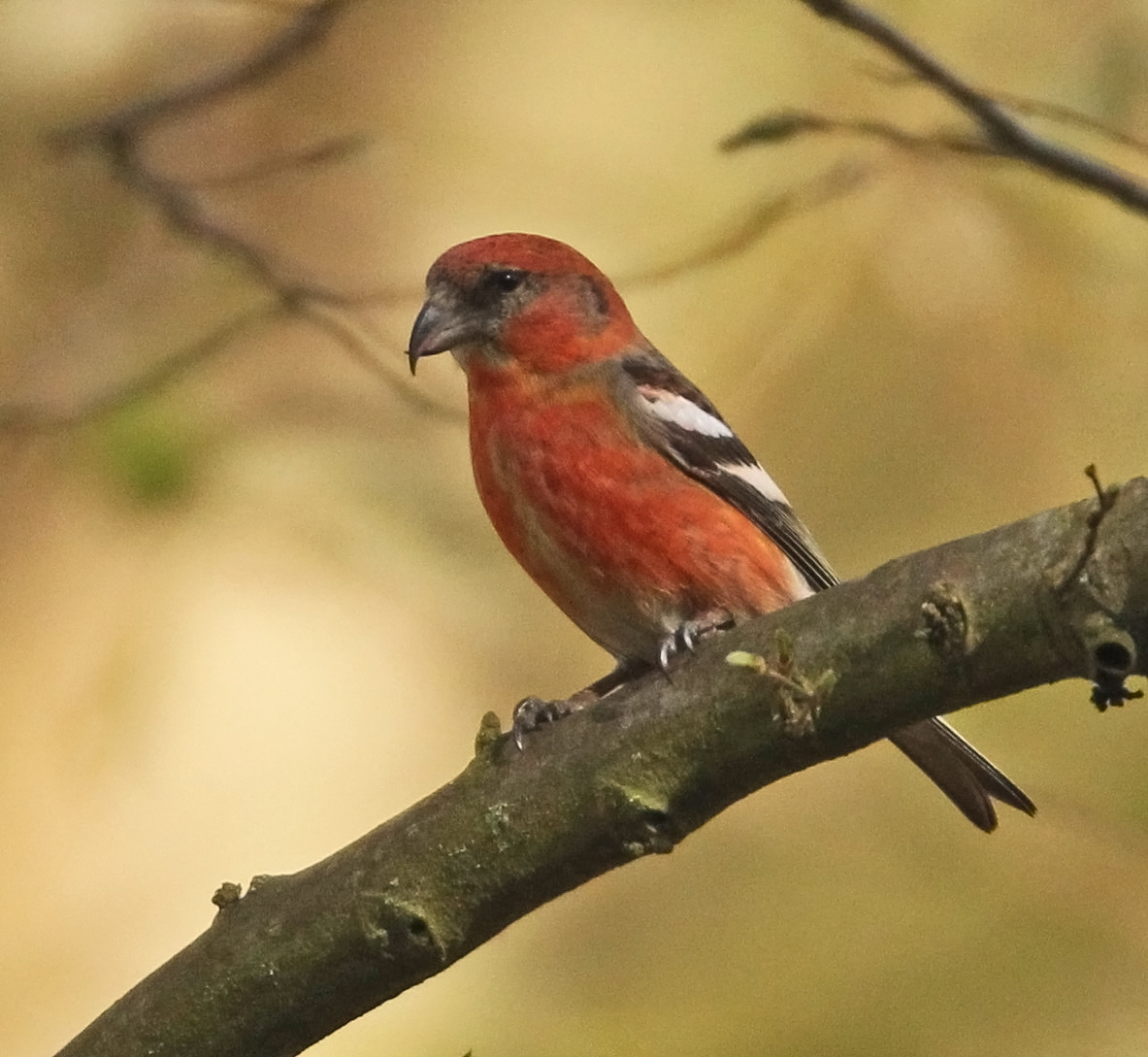 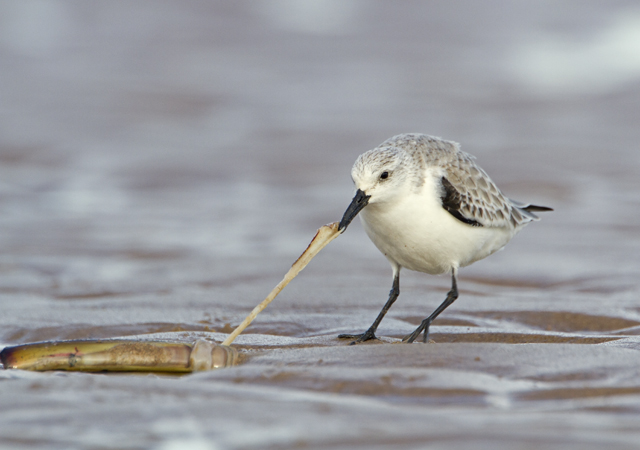 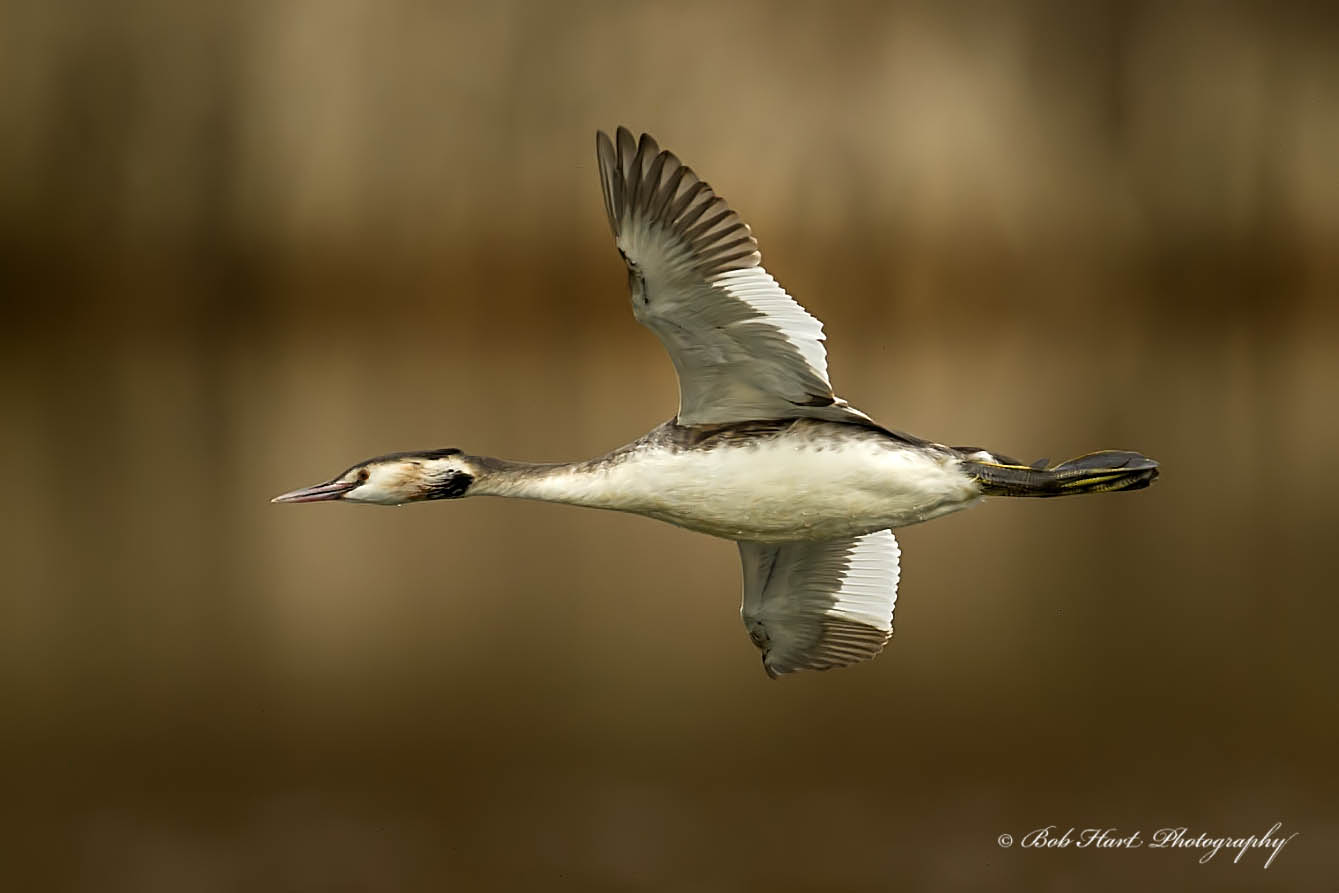 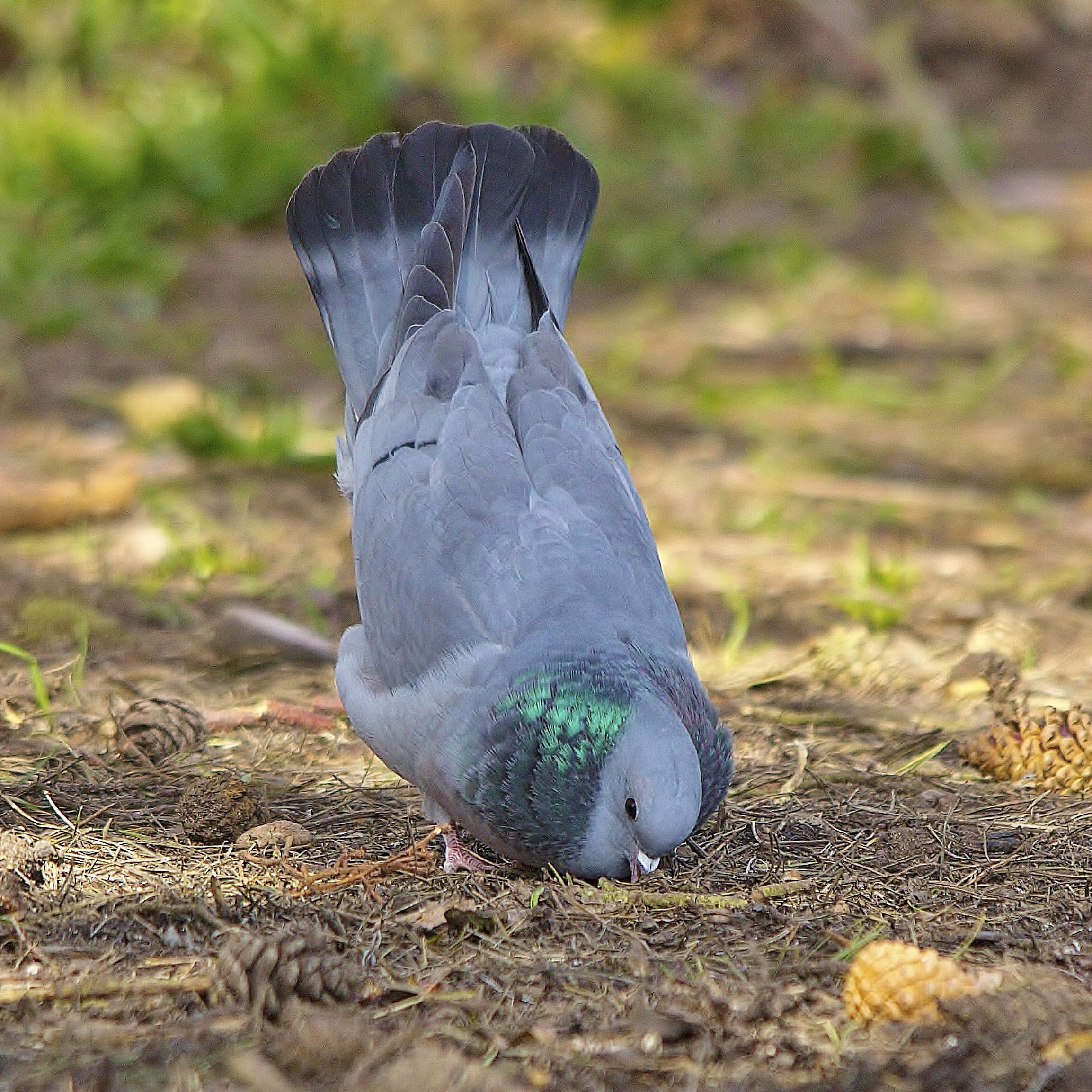 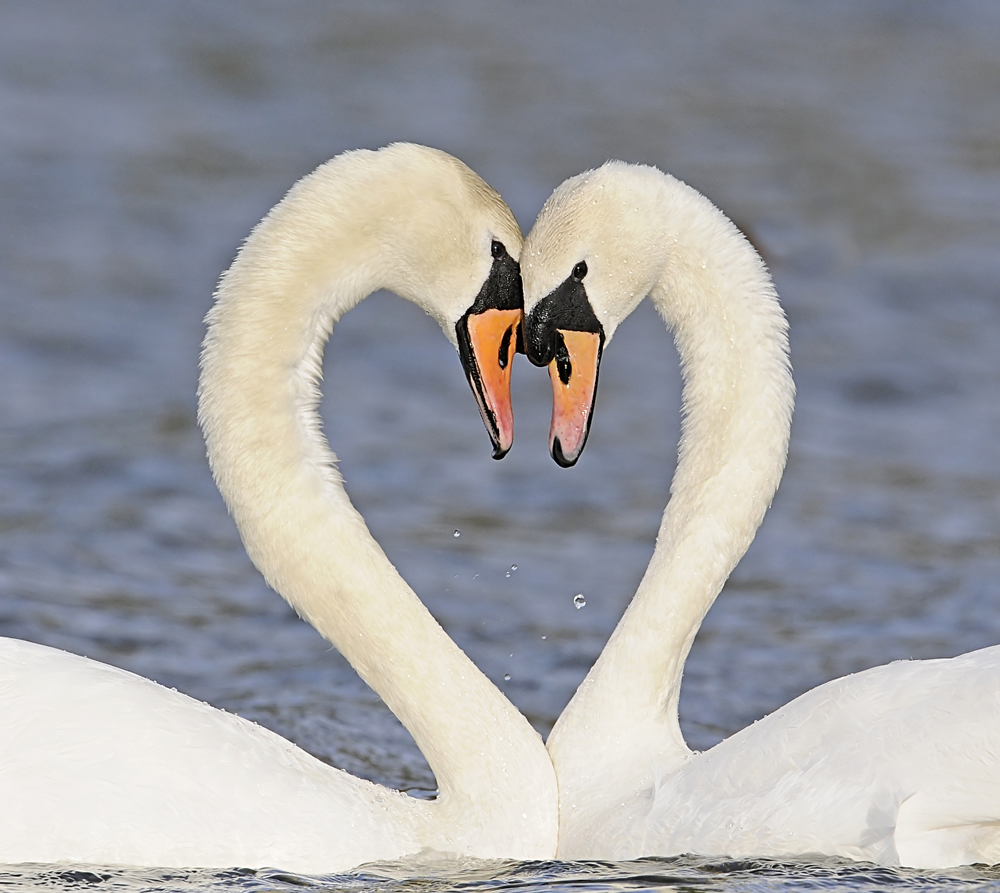 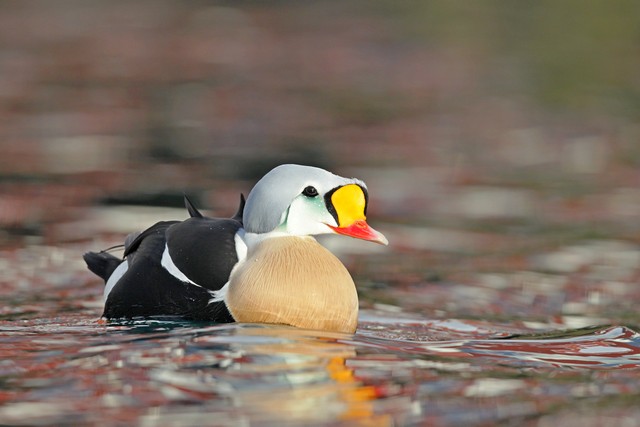