It's fair to say that this was one of the best August weeks in recent memory, with both volume and quality of news excellent throughout. In fact Sunday and Monday proved the two busiest days of the year so far and Tuesday wasn't far off, as large numbers of migrants — both passerines and non-passerines — made landfall, especially in the east.

Though there were a great many talking points this week, it was arguably the spectacular fall of Pied Flycatchers that took the biscuit. Thousands must have arrived throughout the week, with an apparent peak on Monday that saw single-site counts on the Yorkshire coast included an astonishing 230+ in the Spurn area as well as 85 around Flamborough Head and 52 at Filey. Counts were smaller both to the north and to the south, with 17+ at Gibraltar Point, Lincs, and c.30 at East Hills, Wells-next-the-Sea, Norfolk, some of the better totals elsewhere. On Sunday, 40+ were on the Isle of May, Fife. 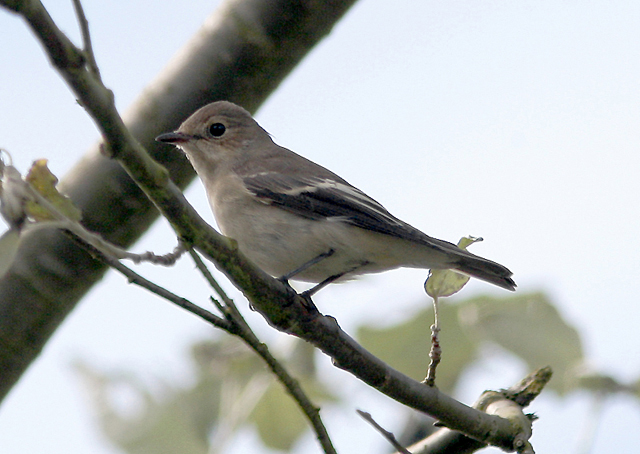 Other common migrants were seen in impressive numbers, with Whinchats, Yellow Wagtails, Tree Pipits, Willow Warblers and Spotted Flycatchers among the most widespread. Common Redstart numbers were a little lower, although it's still a tad on the early side for them to be peaking.

Many of the typical early-autumn scarce drift migrants were also well represented this week, particularly from Sunday onwards. Four Wrynecks on North Ronaldsay on 19th were a sign of things to come, with birds reported from 68 different sites throughout the week. Allowing for multiple birds at some sites it would appear the final tally of birds is into three figures, with peak single-site counts including seven at Gibraltar Point, Lincs, on 25th and threes at Spurn, E Yorks, on 24–25th; Buckton, E Yorks, on 23rd; and Filey, N Yorks, on 20th, these amazingly photographed in the same field of view. 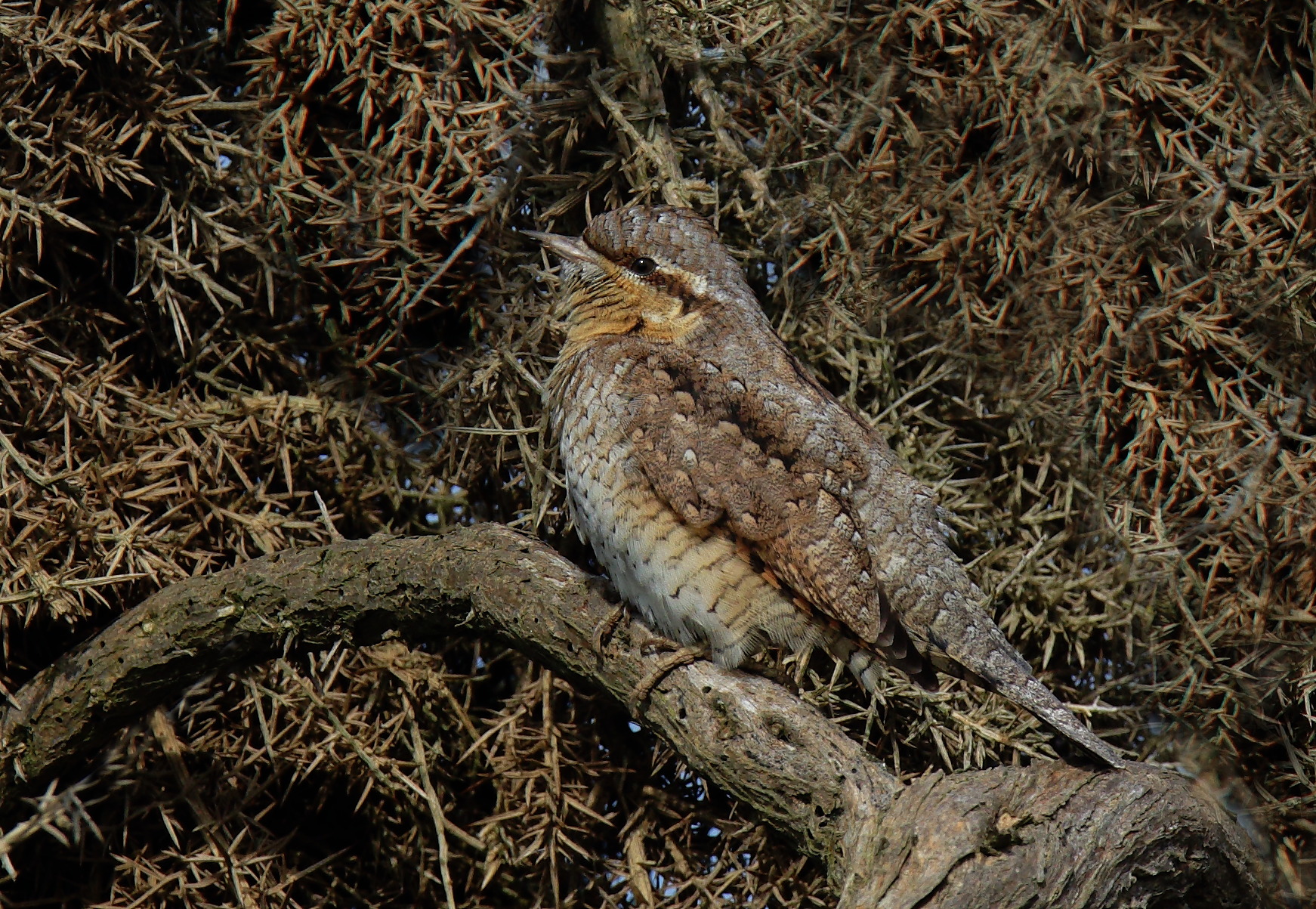 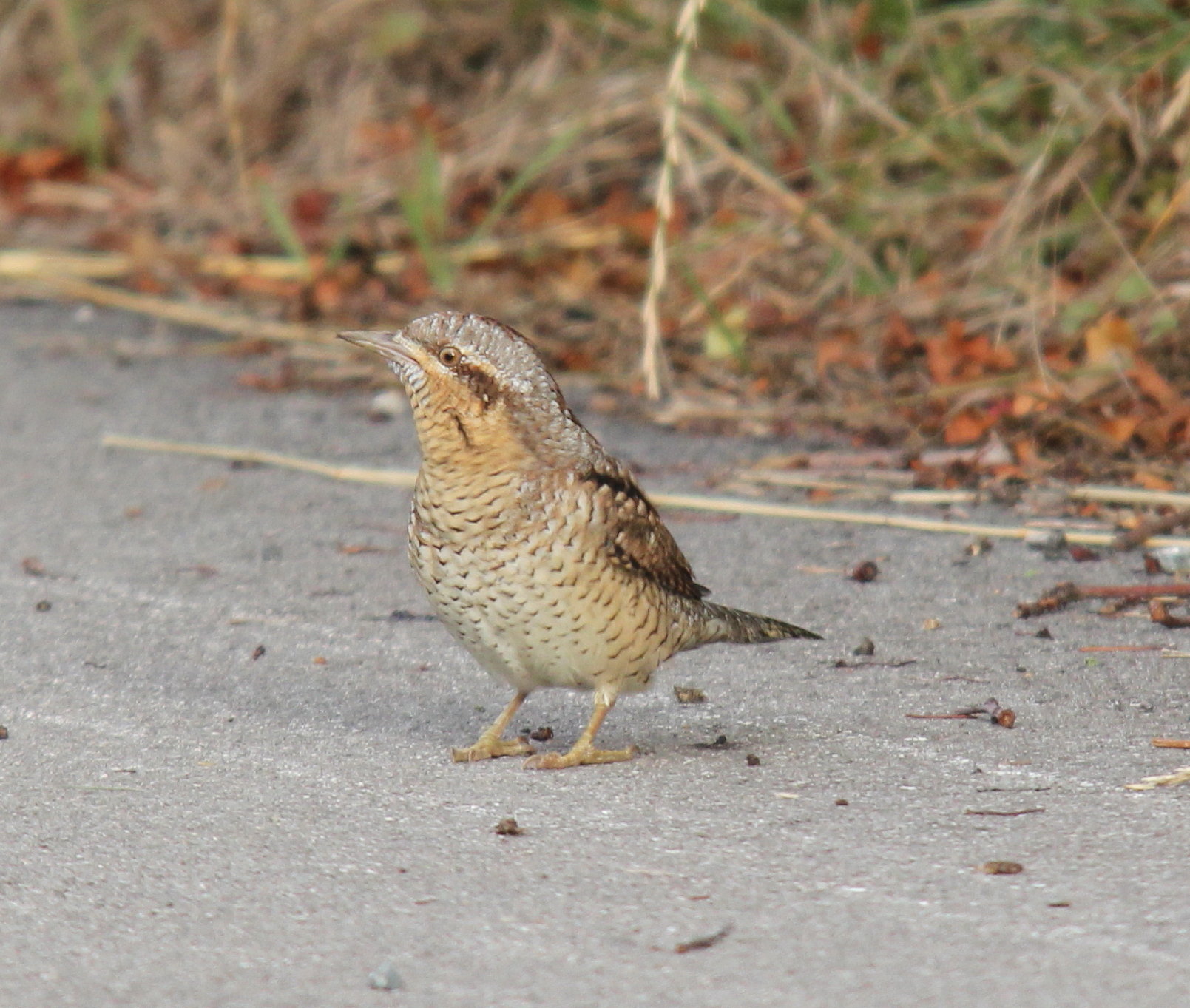 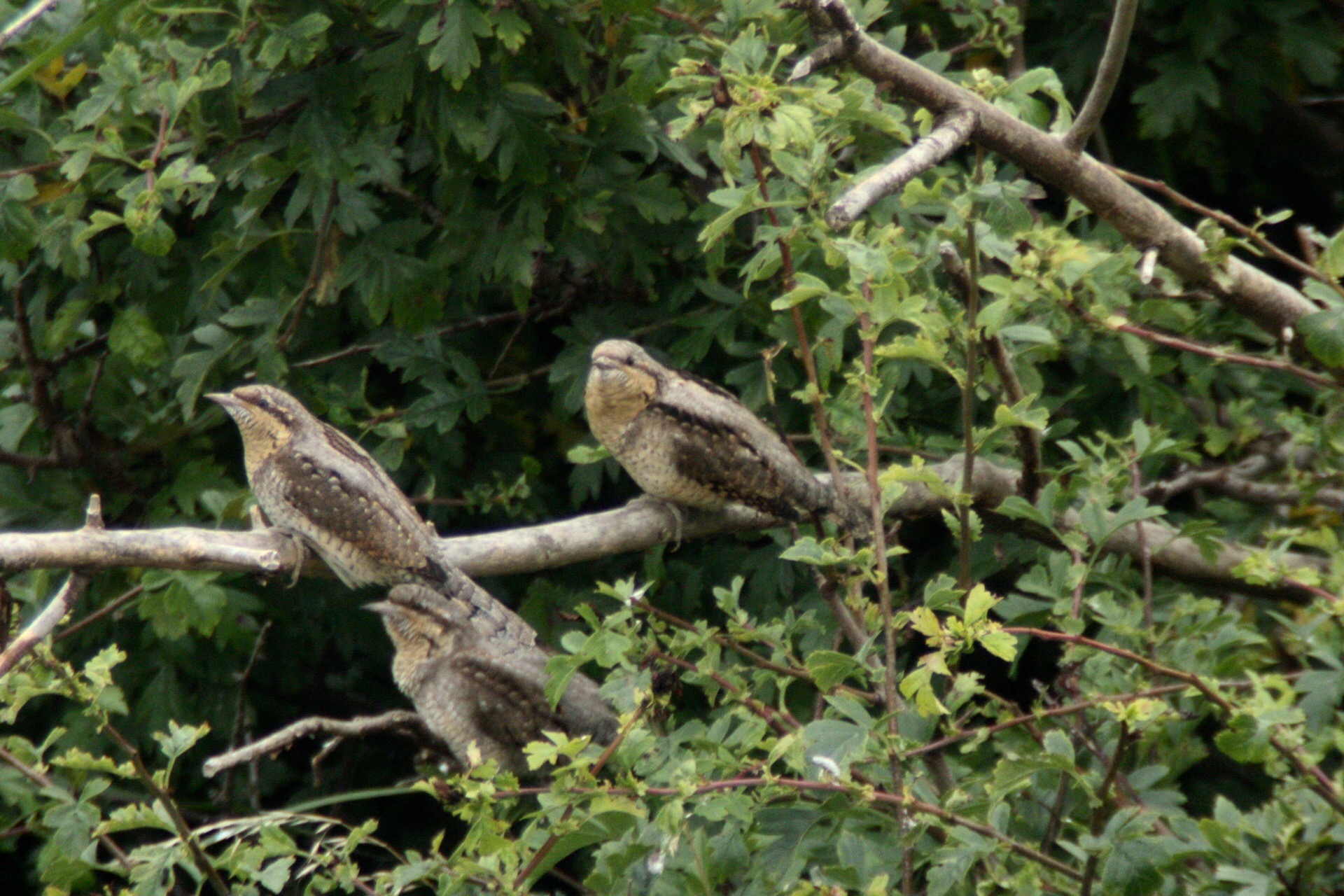 Icterine Warblers weren't as numerous but were nevertheless well represented, with well over 50 recorded throughout the week. An impressive five were on the Isle of May, Fife, on 23rd and counts of four came from Fair Isle, North Ronaldsay and Flamborough Head, E Yorks, on 24th. Barred Warblers were scarcer still, with a peak count of four on Fair Isle on 25th and twos in Shetland, Fife and Northumberland among the 35 or so recorded. A similar number of Red-backed Shrikes included a handful of adult males, although most were juveniles recorded between Yorkshire and Shetland, with a couple of occurrences in Norfolk and Suffolk. 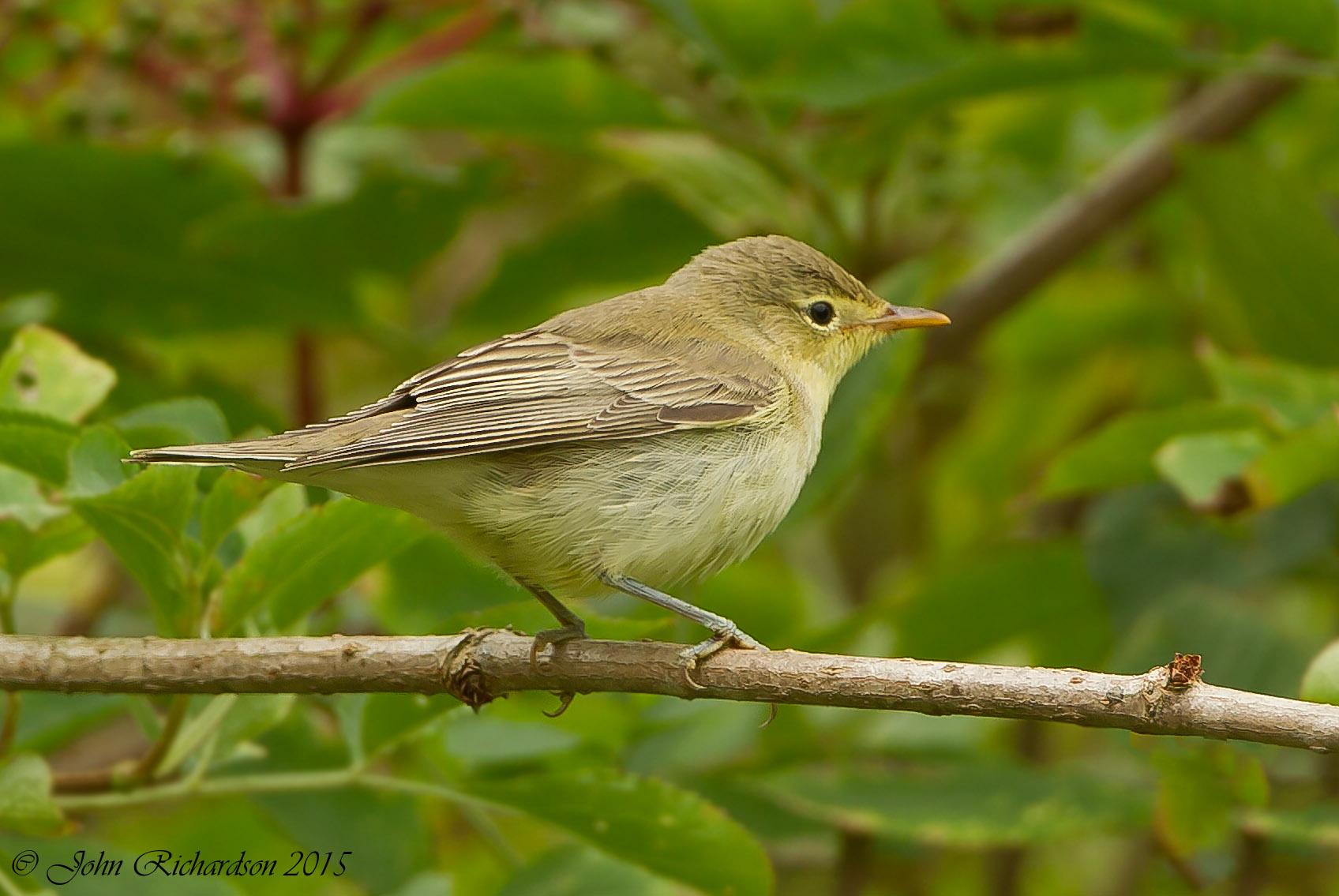 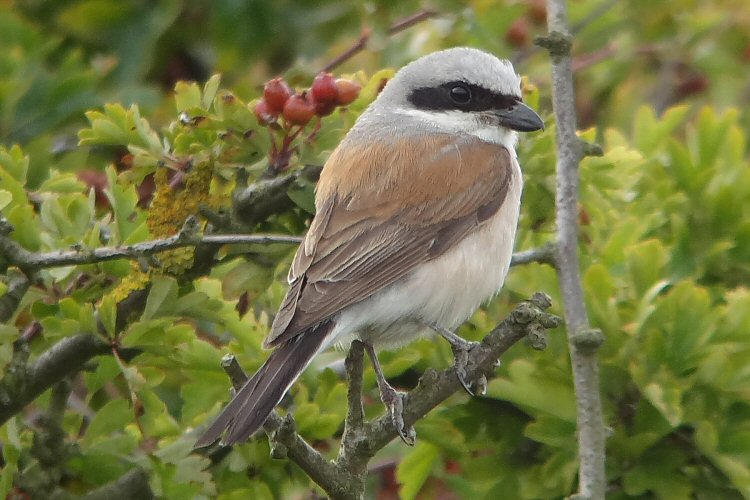 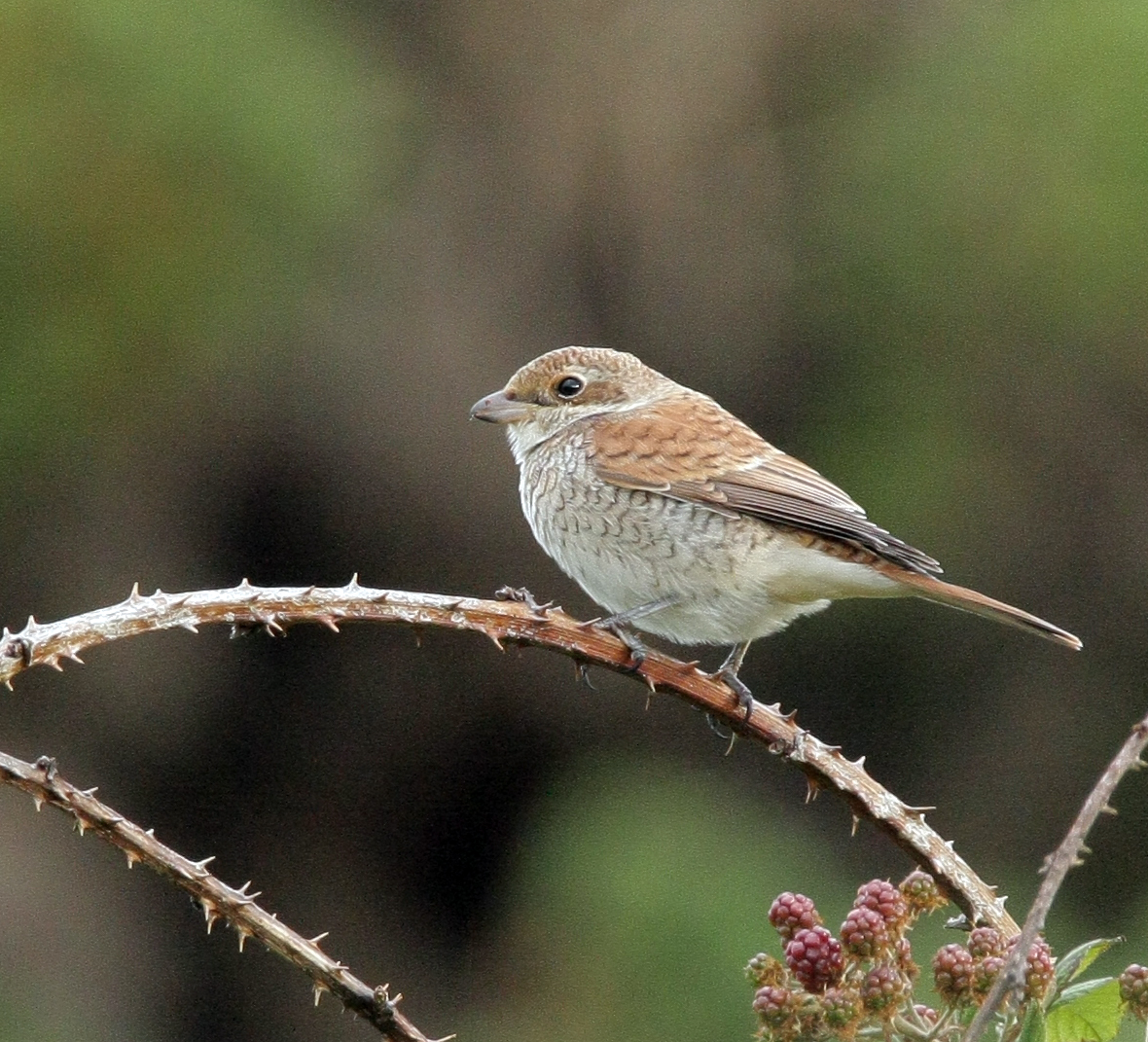 It's still a bit early for Red-breasted Flycatchers, so it wasn't particularly surprising that just two were found this week: on the Isle of May, Fife, on 19th and at Kinneff, Aberdeenshire, on 24th. Greenish Warbler numbers were solid if unspectacular, with nine recorded between Unst and Spurn. Birds were recorded in the following counties: Shetland (2), Orkney, Fife, Aberdeenshire (2), Northumberland, Durham and East Yorkshire. Marsh Warblers were on North Ronaldsay on 19th and at Blakeney Point, Norfolk, on 23rd. 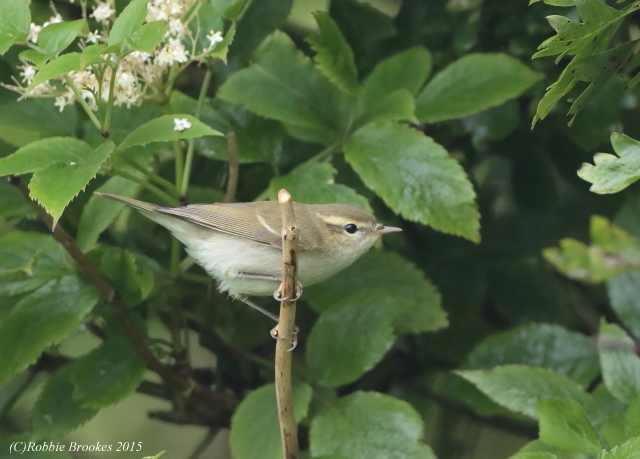 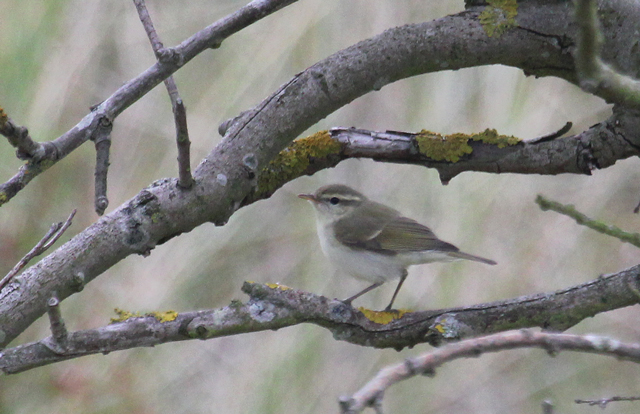 Among the masses there were surprisingly few rarities found (though it is still a little early in the season) — an adult Lesser Grey Shrike at Lunna, Shetland, on 25th followed a Black-headed Bunting on the archipelago at Dale of Walls on 24th. The latter site also bagged one of the week's two Arctic Warblers on 25th, the other being at Sands of Forvie, Aberdeenshire, on 19–20th. A Thrush Nightingale was trapped and ringed inland at Thorne Moors, S Yorks, on 24th and a particularly showy individual was on Fair Isle on 19th. 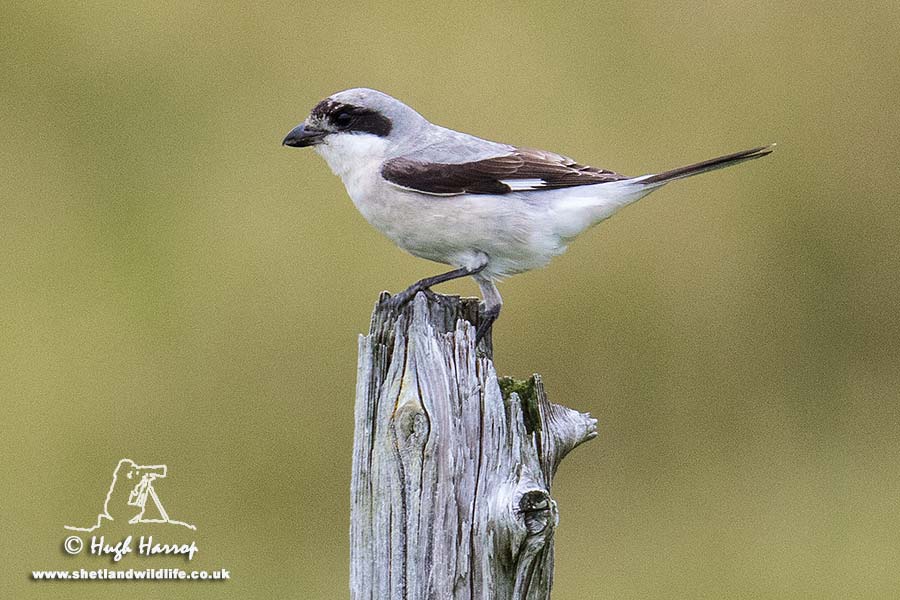 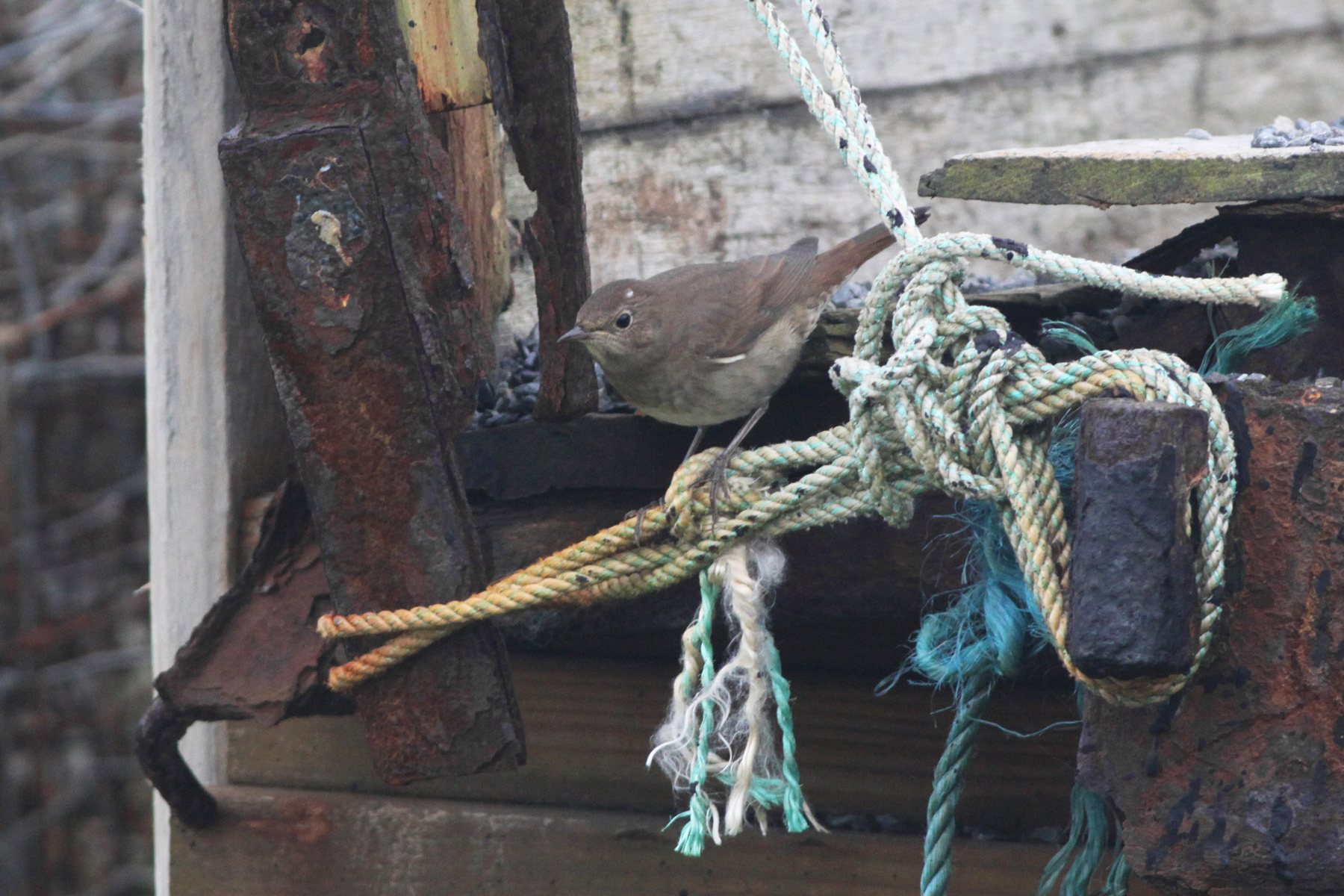 Fair Isle also bagged one of four Booted Warblers (from 19–22nd), the others being on North Ronaldsay on 21–22nd, at Sumburgh, Shetland, on 22nd and at Gramborough Hill, Norfolk, on 22–23rd. Four Bonelli's warblers were split two apiece between Western and 'unassigned': the former involved birds on Portland, Dorset, on 22nd and St Mary's, Scilly, from 22–24th and the latter comprised birds on St Agnes, Scilly, on 21st and Bass Point, Cornwall, on 22nd — given location and date, one would assume that these were Western, too. 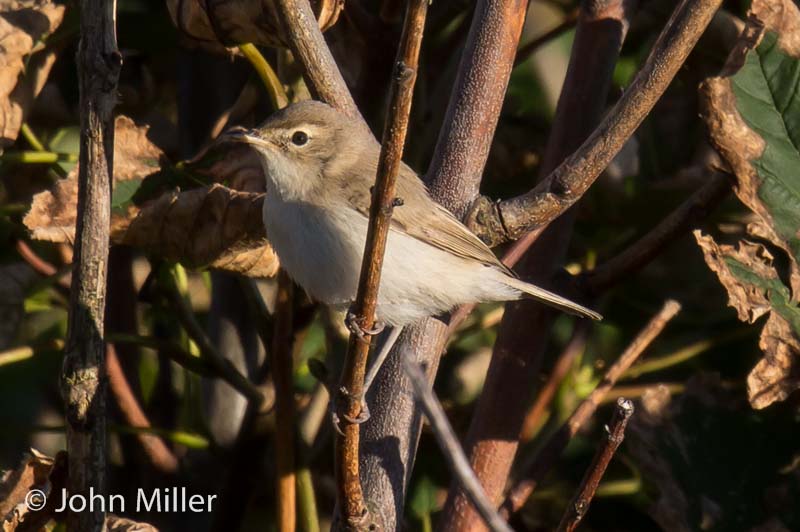 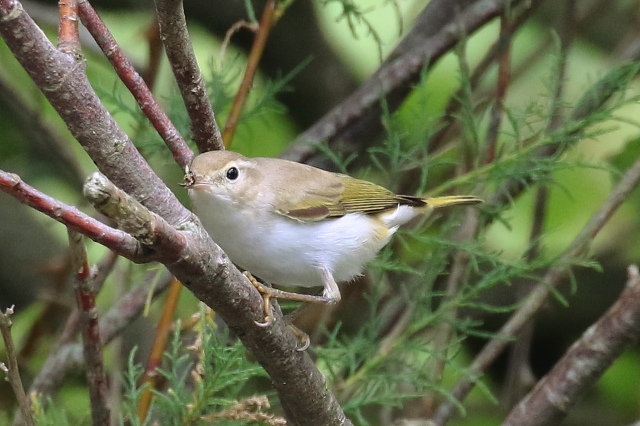 A subalpine warbler also graced St Mary's on 23rd, with a juvenile Woodchat there on 19th and a Citrine Wagtail flying over the island on 19th. Further Citrine Wags were on Walney Island, Cumbria, on 22nd and at Quendale, Shetland, on 25th. A Melodious Warbler was at Swanage, Dorset, on 20th, with another in the county on Portland that day, one at Nanjizal, Cornwall, on 22nd and a surprise occurrence at Norwick, Unst, on 25th.

Ortolan Buntings are rarely easy to catch up with and birds on the Farne Islands, Northumberland, on 23rd and overflying Mire Loch, Borders, on 24th typified this, as did a flighty bird at Spurn on 25th. Similarly uncooperative, Common Rosefinches were limited to a handful of occurrences on the Northern Isles. As well as adults on Islay, Argyll, from 18–23rd and at Tintagel, Cornwall, on 23rd, a juvenile Rose-coloured Starling was found at Porthgwarra, Cornwall, on 25th.

Another Fea's-type Petrel was seen this week, this time flying past the hotspot of Kilcummin Head, Co Mayo, on 23rd. Pelagics from the Isles of Scilly produced two Wilson's Storm-petrels on 20th and another on 24th. Large shearwaters starting piling past the usual headlands on 25th, with 128 Great and 5 Cory's Shearwaters past Galley Head in three hours in the evening. An impressive 130+ Cory's passed Porthgwarra throughout the day, with 32+ Greats also recorded there and 21 Cory's past Lizard Point in two hours in the evening.

The persistent presence of the drake Lesser Scaup at Blagdon Lake, Somerset, continued throughout the week with a single drake Surf Scoter still off Lunan Bay, Angus, on 22nd.

The adult Night Heron continued to show on occasion at Swillington Ings, W Yorks, to 24th but remained very elusive. A juvenile Purple Heron was on Jersey on 21st, while double figures of Great White Egrets continued to populate the Somerset Levels. 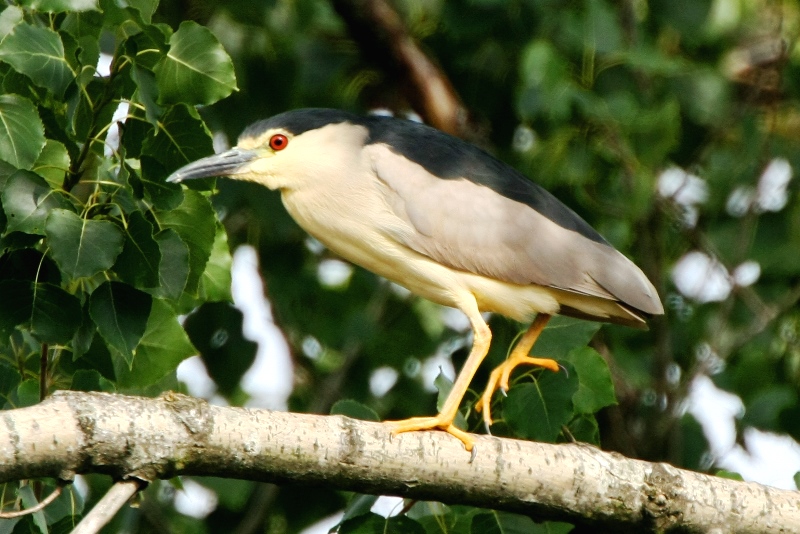 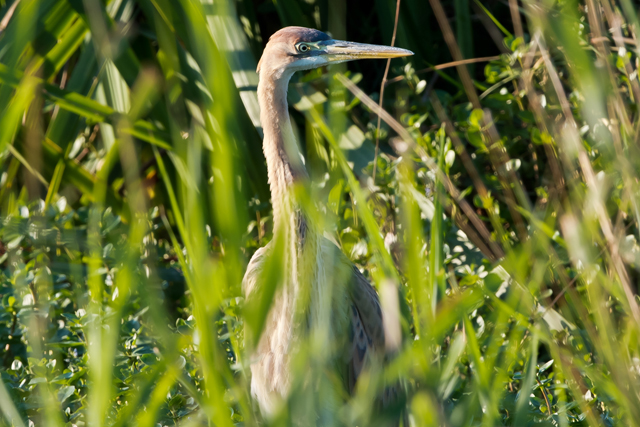 A White Stork that flew east then south over Rainham Marshes, London, during the morning of 24th could well be the bird that was later seen over Brighton and then Peacehaven, E Sussex, in the late afternoon. Juvenile Black Storks remained at Loch of Strathbeg, Aberdeenshire, and Stone Creek, E Yorks, to 24th, and the E Sussex individual was seen again near Bexhill on 22–23rd.

The first Pallid Harrier of the autumn typically showed up on Shetland, being seen at Loch of Spiggie on 23rd. The only Black Kite report this week concerned a bird over Thrumpton, Notts, on 22nd. As well as the ever-present second-calendar-year male at Willow Tree Fen, Lincs, a welcome mini-influx of Red-footed Falcons saw a juvenile found at Kingsbarns, Fife, on 24th quickly followed by two further youngsters in the Spurn area — one at the Point and another alternating between Kilnsea and Sammy's Point. The latter lingered to 25th, with what was perhaps one of the Spurn birds then flying south at Donna Nook, Lincs, late on 25th. A familiar sight in spring, records of juveniles are few and far between and so the presence of two within a couple of miles of each other was amazing to say the least. 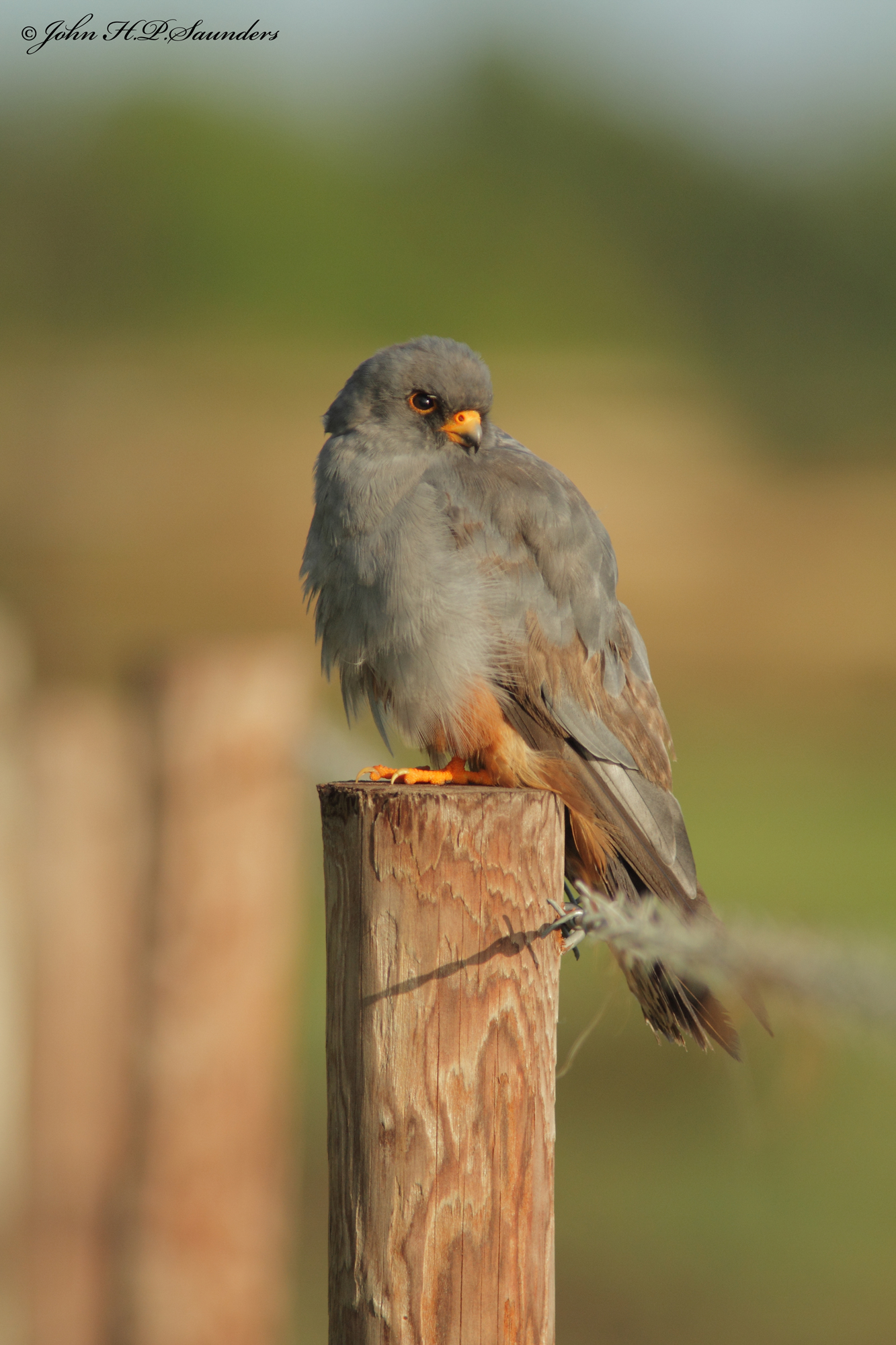 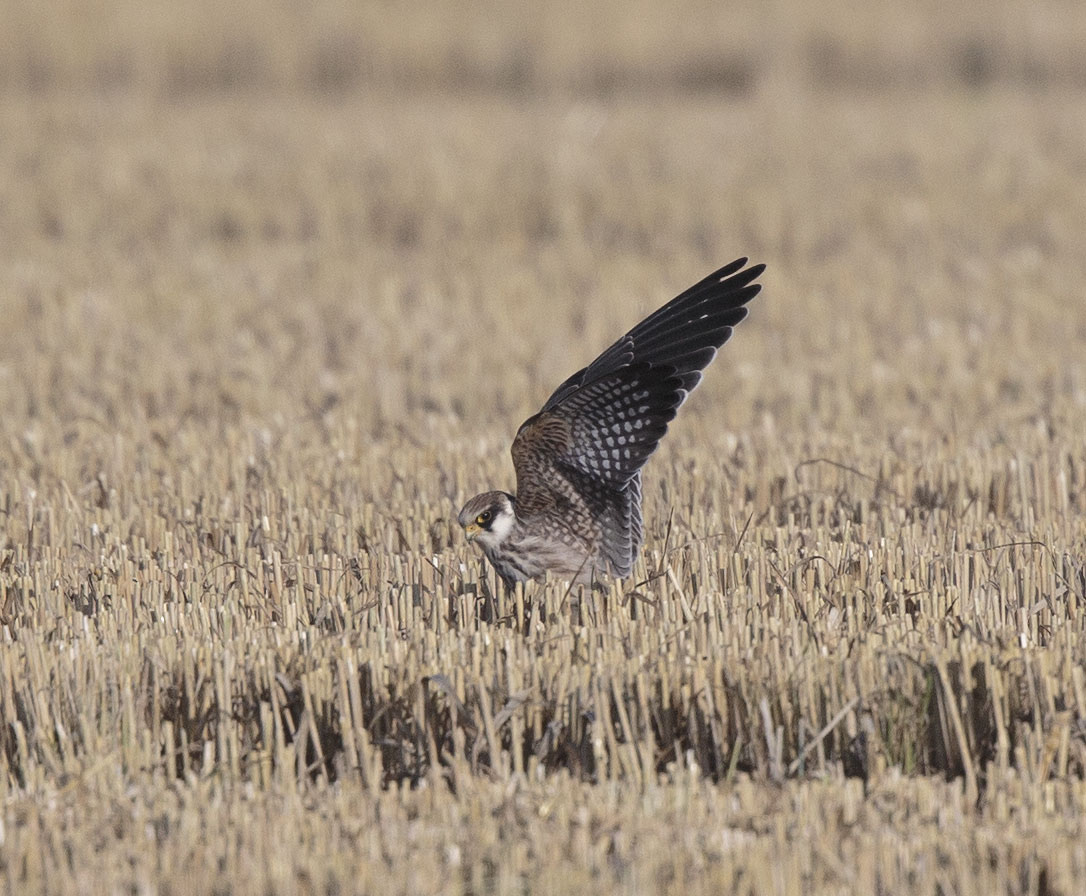 An American Golden Plover was at on Tory Island, Co Donegal, on 19th and the adult was still on North Ronaldsay on 20th. An adult Pacific Golden Plover was a fantastic find at Myroe Levels, Co L'derry, on 23rd, and an unidentified 'lesser' golden plover flew south over Whitburn, Durham, on 25th. 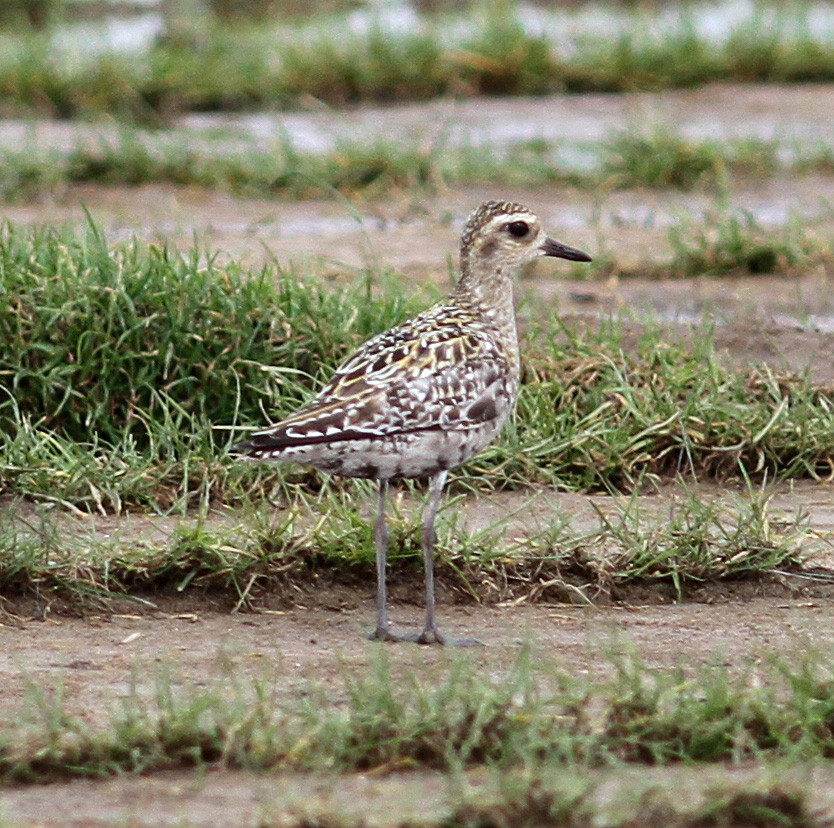 A Terek Sandpiper flew over Salthouse, Norfolk, on 24th but could not be relocated anywhere in the Cley area. The Spotted Sandpiper seemed settled at Coate Water Country Park, Wilts, lingering there throughout the week, while a Lesser Yellowlegs at Brockholes Nature Reserve, Lancs, on 20th was perhaps that later found on the Conder Estuary from 23rd. 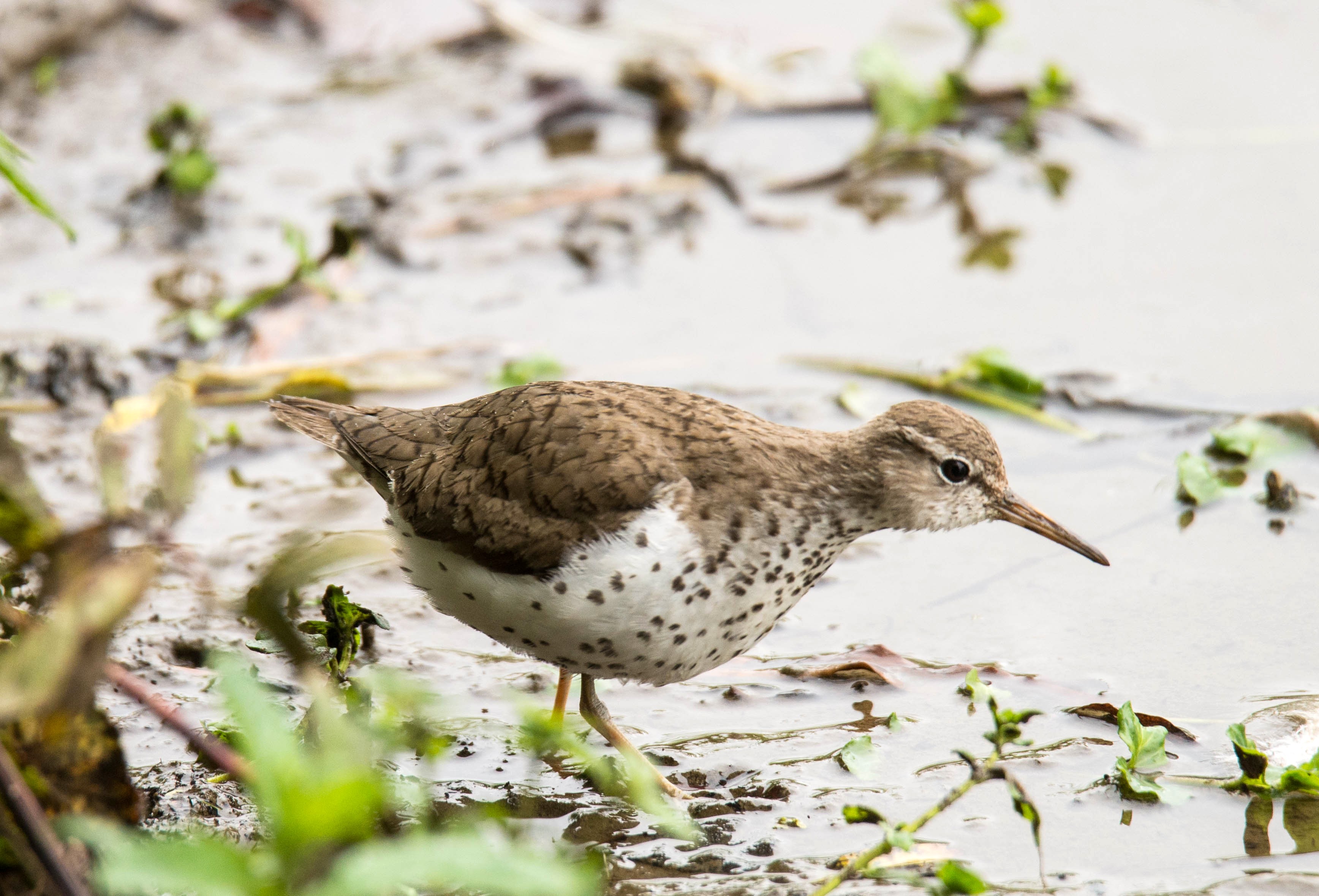 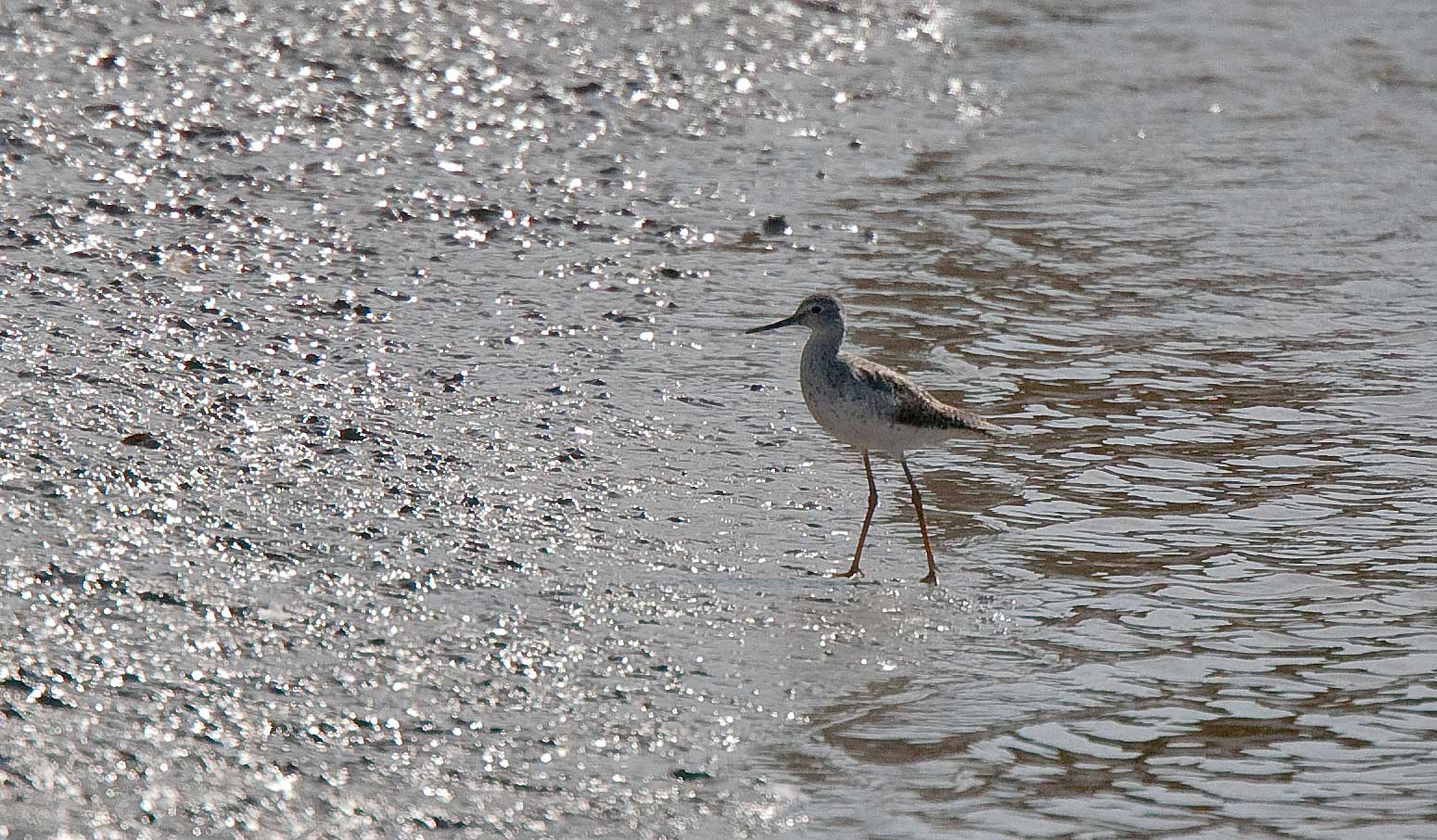 It was an extraordinary week for Wood Sandpipers, with Britain seemingly littered with the species. Many east-coast sites reported birds either arriving in-off or migrating along the coast, while some spectacular counts on 23rd included 34 at Seaton Marshes, Devon, and 22 at Pennington Marshes, Hants.

A minimum of 13 new Pectoral Sandpipers were found throughout the week, including the first juveniles of the autumn. Twos were at Tacumshin, Co Wexford, on 22nd and Muckrush, Co Galway, on 24th, while the only lingering bird from previous weeks was the showy adult at Laytown, Co Meath. A Baird's Sandpiper was at Dunnet Bay, Highland, on 24th and the first Semipalmated Sandpipers of the autumn were at Inny Strand, Co Mayo, on 19th and Rosscarbery, Co Cork, on 23rd. An adult White-rumped Sandpiper paid a brief visit to Bull Island, Co Dublin, on 20th and the Kent bird was last seen at Oare Marshes on the same day. 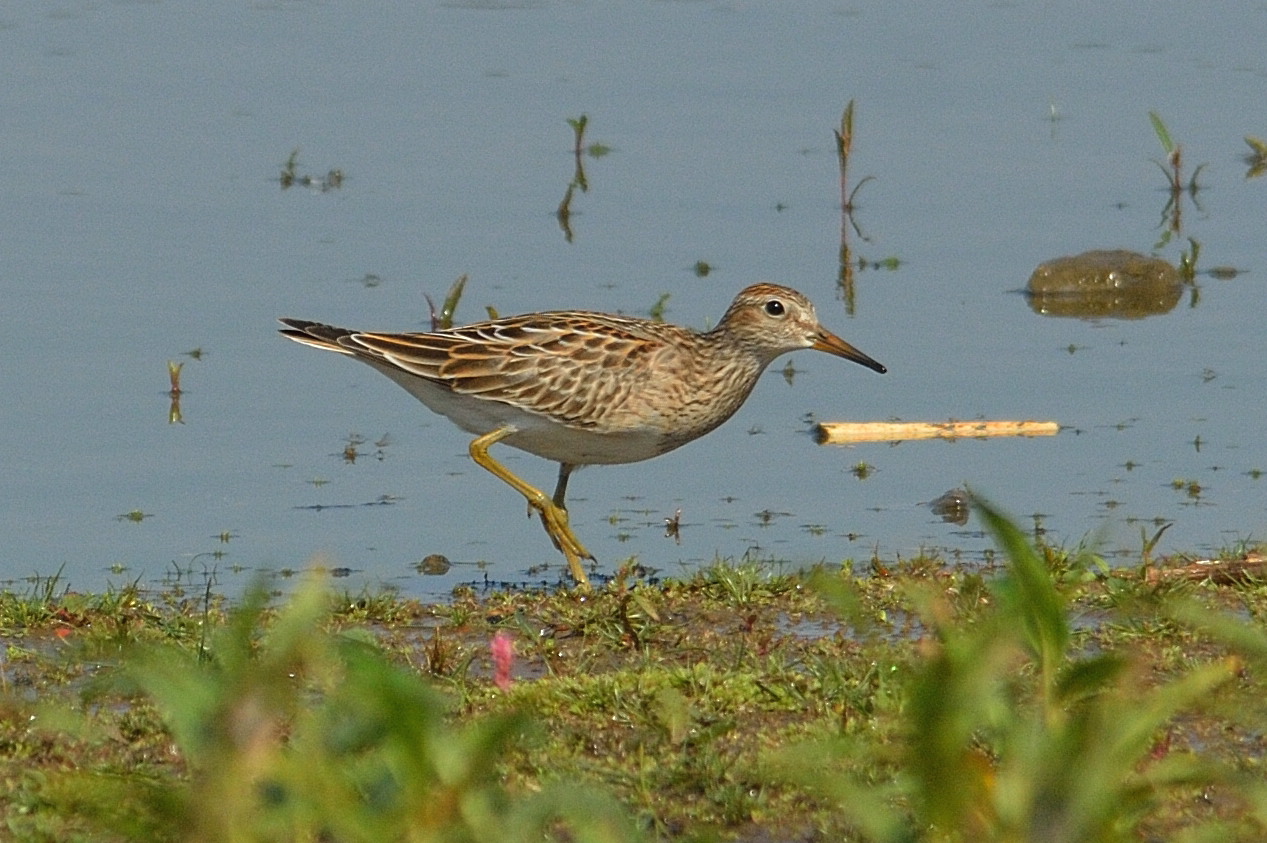 It was a good week for Temminck's Stints, with four at Sandwich Bay, Kent, on 20th and three at Monks House Pool, Northumberland, from 24th. Singles were at Filey, N Yorks, from 19–22nd, Cley, Norfolk, on 24th, Dungeness, Kent, from 24th (briefly touted as a possible Least Sandpiper) and Gibraltar Point, Lincs, on 25th. The latter site also hosted a Red-necked Phalarope on 23rd, with another that day at Hollesley Marshes, Suffolk.

The adult Bonaparte's Gull returned to Teignmouth, Devon, on 23rd and the adult at Oare Marshes, Kent, was last seen that day. An adult Ring-billed Gull at Carrahane Strand, Co Kerry, on 24th was presumably a returning bird; other individuals were at Belfast Lough, Co Antrim, on 22nd as well as in Lancashire, Cornwall and a second in Co Kerry. The adult Forster's Tern was back on the Co Louth coast this week, favouring Soldier's Point from 22nd. A juvenile White-winged Black Tern was a brief visitor to Bull Island, Co Dublin, on 23rd and another juvenile found Hornsea Mere, E Yorks, to its liking, lingering there from 24th.

A Chimney Swift was reported as seen flying south over a vessel at sea east of Staffin Bay, Skye, in mid-morning on 24th but unsurprisingly failed to linger. If accepted this would represent the earliest British record by eight weeks. Alpine Swifts flew over Newmarket, Suffolk and St Osyth, Essex, on 22nd — one wonders if they might have been the same bird. Apart from the nesting birds in Cumbria, which were still going strong this week, a single European Bee-eater flew over Shotton Nature Reserve, Clwyd, on 20th. The only Hoopoe report came from Preston Capes, Northants, on 23rd.

Yellow Warbler is notorious for being one of the earliest-occurring Nearctic warblers on this side of the Atlantic but the occurrence of a male at Lugar de Baixo, Madeira, on 20–21st was a surprise to say the least. It appears to have been the highlight of a small influx of North American vagrants in the region, with a juvenile Least Sandpiper on Terceira, Azores, 21st lining up alongside juvenile Semipalmated Sandpiper and adult White-rumped Sandpiper in the quarry at Cabo da Praia. 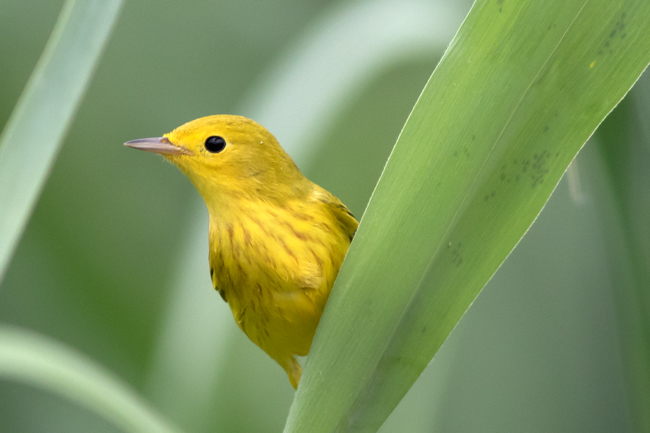 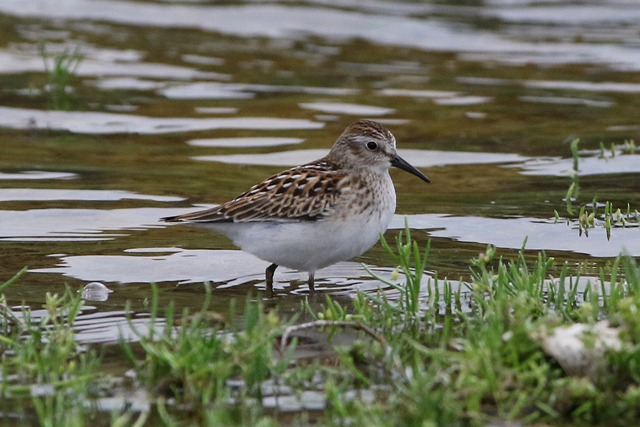 In Luxembourg a Black-winged Kite was at Hargimont on 20th, while the first Sykes's Warbler for the Czech Republic was trapped at Cervenohorské sedlo that day. Kuwait's 12th Sooty Falcon was seen on 21st and Germany's first ever twitchable Lesser Kestrel was at Bäntorf, Niedersachsen, from 22nd. There were also three Eleonora's Falcon records from Germany throughout the week: 1–2 pale morph(s) in Schleswig-Holstein and a dark morph in Brandenburg.