After 11 full days without so much as a glimpse, the surprise reappearance of the Sooty Tern on the Farne Islands, Northumberland, mid-afternoon on 19th instantly replenished hopes that it would prove widely twitchable. After briefly going missing again, that evening it pitched up among other terns on the coast 10km to the south of the Farnes, at Long Nanny. Evidently still restless, however, it cleared off as dusk approached and in doing so dashed the idea of a dawn performance the next day. 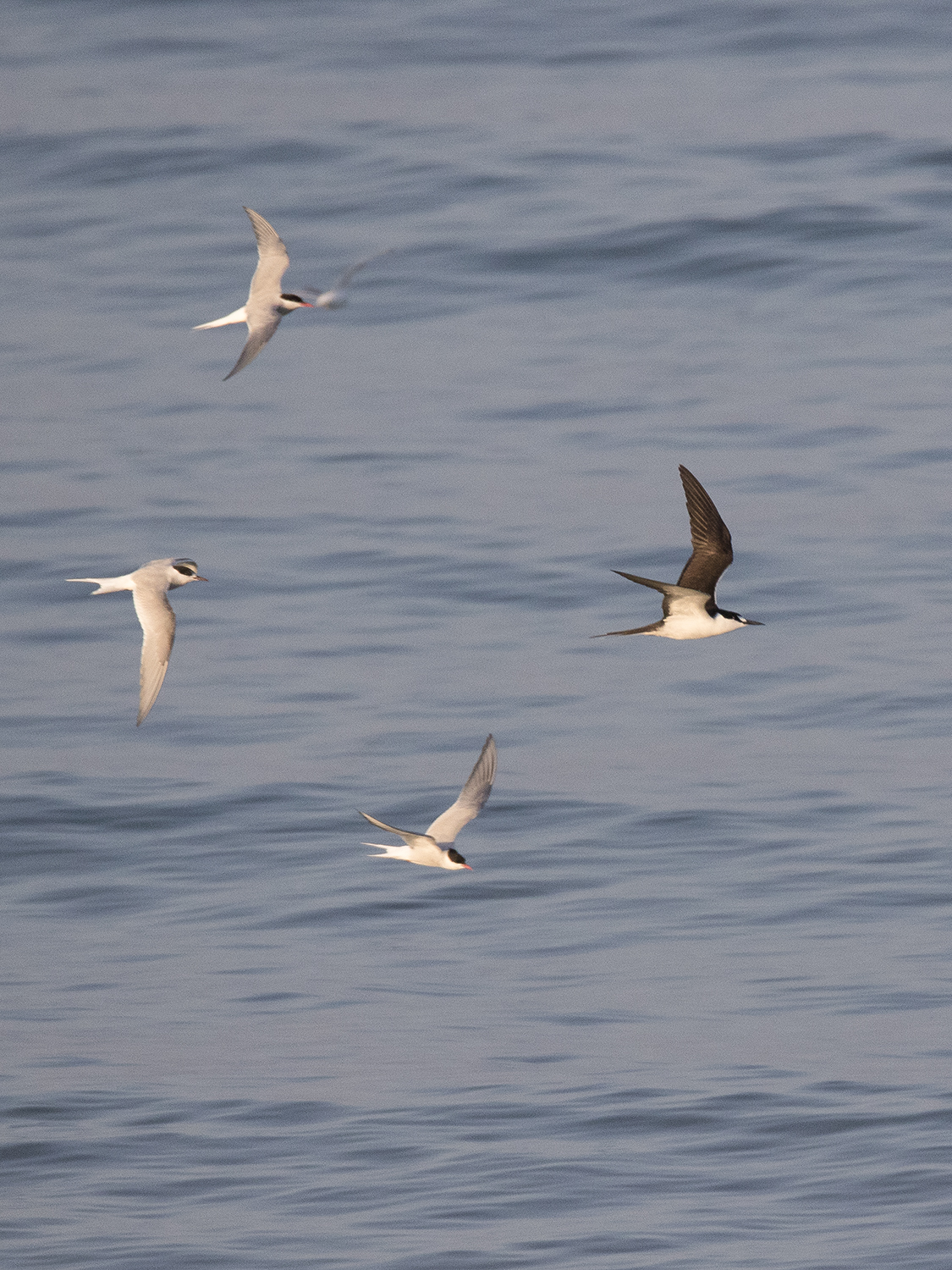 Late evening on 20th saw the bird relocated at Ythan Estuary, Aberdeens, and with no sign the next morning it seemed to have given the slip again. Happily though, the bird returned to spend the whole evening there on 23rd and performed well the next day, allowing birders travelling a long distance the first fair stab at the species since 2005. 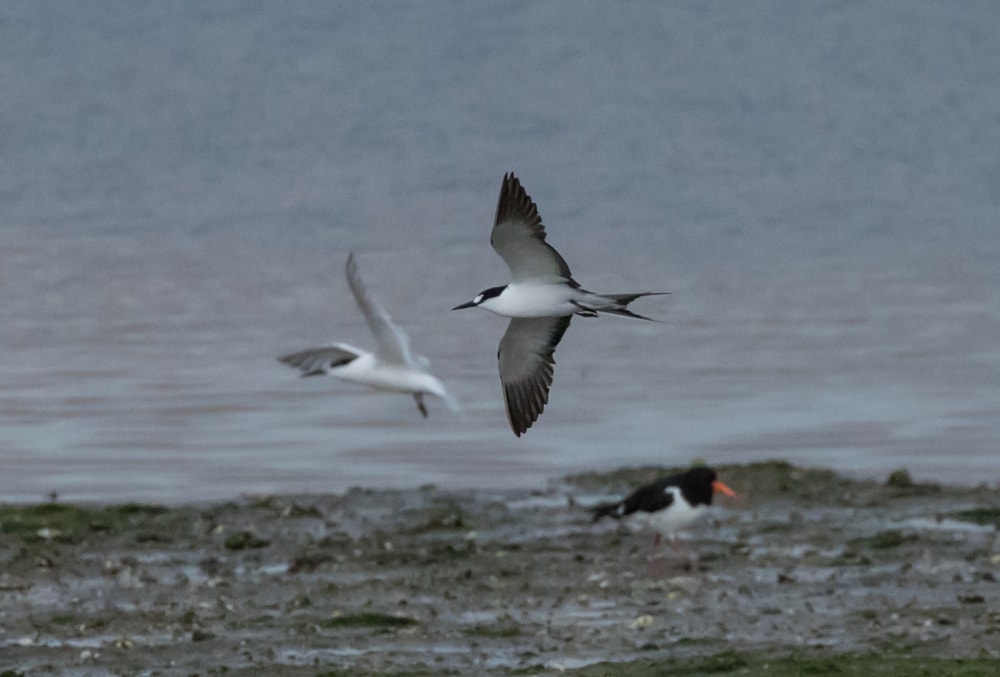 The honour of the week's best new rarity doubtless goes to the dapper adult Franklin's Gull, which spent less than an hour at the Cleveland end of Scaling Dam Reservoir during the late afternoon of 21st but then thankfully returned for the evening of 24th. This splendid Nearctic gull could prove a tempting diversion for birders twitching the Sooty Tern from the south, if both stick around. An adult White-winged Tern patrolled Hornsea Mere for much of the day on 20th and the next day others graced Tacumshin, Co Wexford, and Snettisham RSPB, Norfolk. A first-summer Bonaparte's Gull was a nice find along the Cob Embankment at Glaslyn Marshes, Gwynedd, on 19th and another of the same age was reported off Mousehole, Cornwall, on 22nd. The regular adult of course continued to loaf at Oare Marshes, Kent, throughout. A first-summer Ring-billed Gull was at Blennerville, Co Kerry, on 19th. 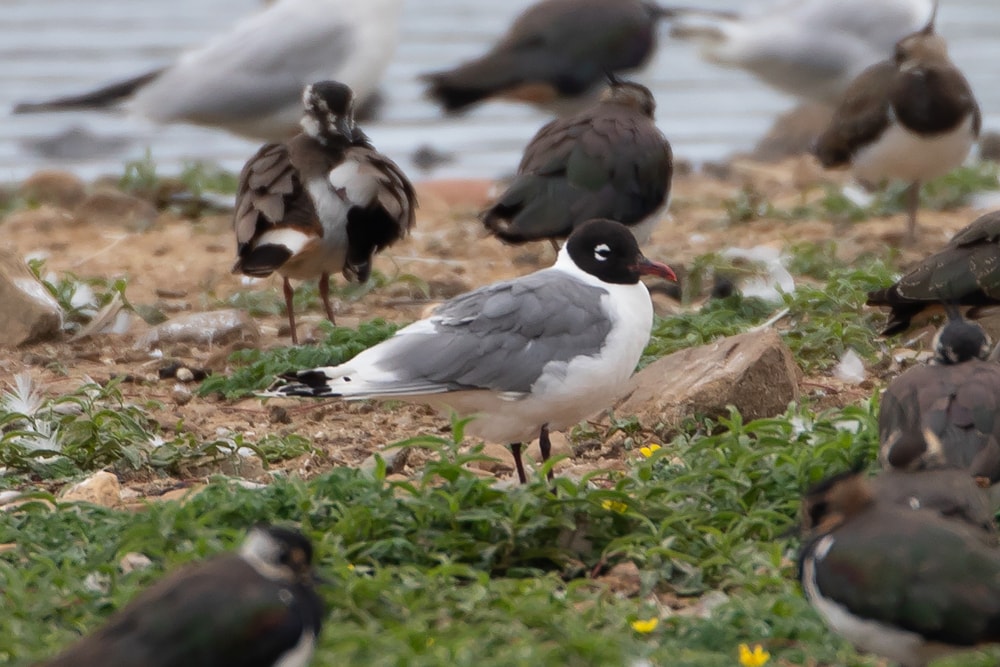 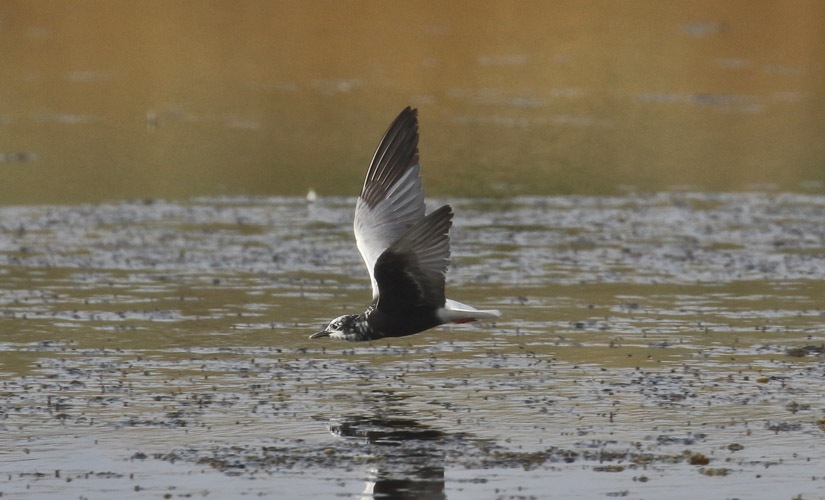 In Norfolk, the adult Lesser Yellowlegs continued to delight visitors to Titchwell RSPB throughout the week, where it was often to be found on the Tidal Pool. A moulting adult American Golden Plover skipped around various locations on Tiree, Argyll, from 18-23rd. An adult Pectoral Sandpiper turned up on the pool just southwest of the petrol station at Pegwell Bay, Kent, on 18th and afforded close-up views all week. Other Pecs were on offer at Hickling Broad, Norfolk, on 23-24th and at Frampton Marsh RSPB, Lincs, on 19-24th, as well as on the scrapes at Low Newton-by-the-Sea, Northumberland, on 19th. The family of four Black-winged Stilts disappeared from Oare Marshes, Kent, after 19th and the limelight there was briefly handed to an adult White-rumped Sandpiper on 21st, though it moved on by the next morning. Also at Oare was the Temminck's Stint from last week, which stayed to 22nd. Norfolk had two: a lingering bird at Titchwell RSPB to 21st and a new arrival at Cley Marshes NWT from 20-22nd. At Frampton Marsh, Lincs, the Red-necked Phalarope remained to 20th. 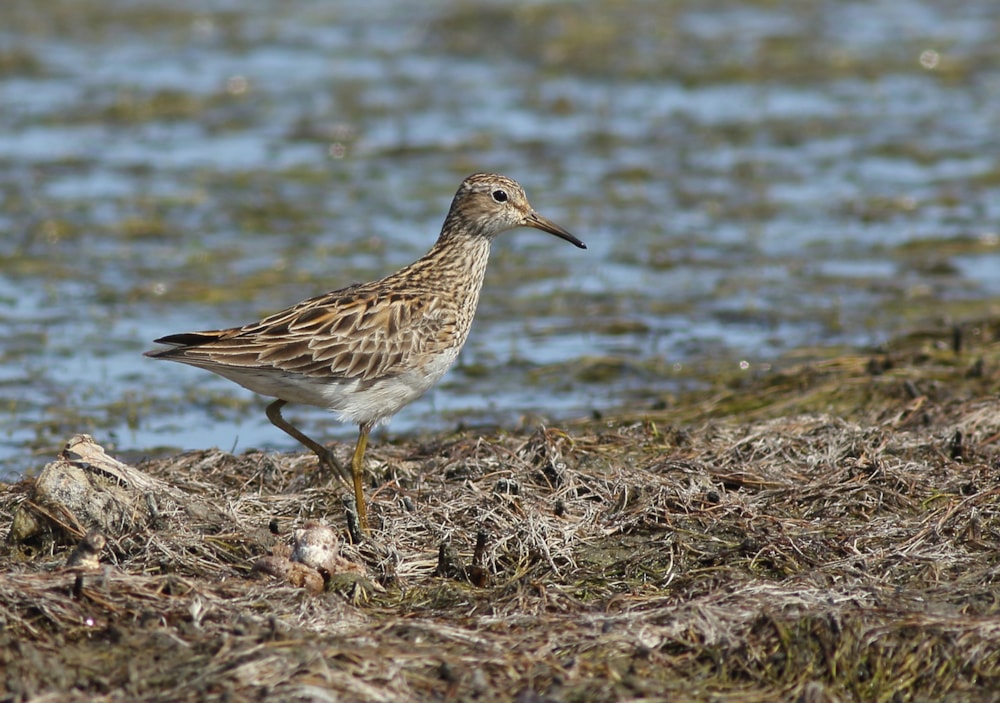 Evening pelagics off the Isles of Scilly produced two Wilson's Storm Petrels on 19th and another on 23rd. One was seen from the regular pelagic out of Baltimore, Co Cork, on 21st. A land-based observation came from Porthgwarra, Cornwall, on 22nd. Great Shearwaters began to trickle into Irish waters this week, the highest count being a minimum of 20 seen from a whale-watching boat off Galley Head, Co Cork, on 21st. Scilly and Cornwall chipped in with singletons but hopefully it isn't long before the species becomes a seawatching staple once more. Surprisingly there was just one Cory's Shearwater seen, off Porthgwarra, Cornwall, on 24th. Balearic Shearwaters have started to feature regularly in small numbers, with a peak of 17 past Porthgwarra on the morning of 23rd. 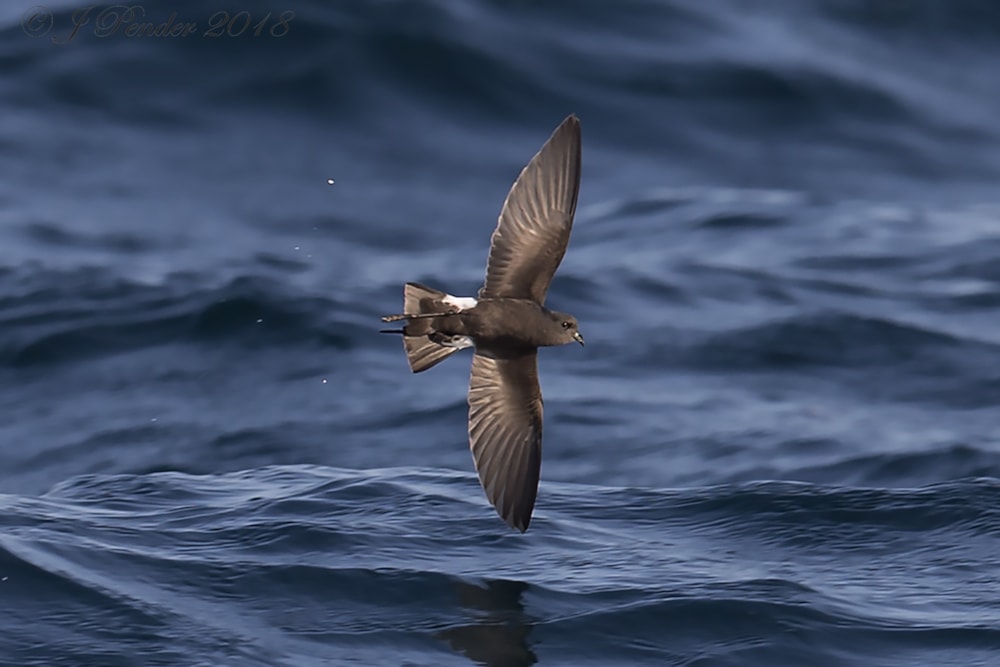 An adult drake Ferruginous Duck was picked out among the Tufted Ducks at Skinflats Lagoons, Forth, on 20th and again from 22-24th. The female Surf Scoter resurfaced on waters off Blackdog, Aberdeens, on 20th and the adult drake American Black Duck was present and correct at Strontian, Highland, on 24th. In the Outer Hebrides, the North Uist Snowy Owl extended its stake-out at the north end of the island, loitering around Grenitote from 19-24th.

The Avon Dam at South Brent, Devon, hosted a ringed juvenile Black Stork on 19th – perhaps the bird from East Yorkshire and Leicestershire last week? – but there were no subsequent reports either way. The juvenile Purple Heron at Littlesea, Studland in Poole Harbour, Dorset, was still around to 21st but could prove challenging to connect with. However, it was a good week for the species and four others were reported: another juvenile showed well just for the day at Sevenoaks Wildlife Reserve, Kent, on 20th and other short-stayers were at Burley Fishponds, Leics, and Lakenheath RSPB, Suffolk, on 22nd; an adult spent 22-24th at Shapwick Heath, Somerset. Glossy Ibises lingered at Matford Marsh, Devon, and Rutland Water to 24th and 23rd respectively. Another was seen in flight near Swineshead Bridge, Lincs, on 23rd, before potentially the same bird was located at Whisby Nature Park, also Lincs, in the evening. 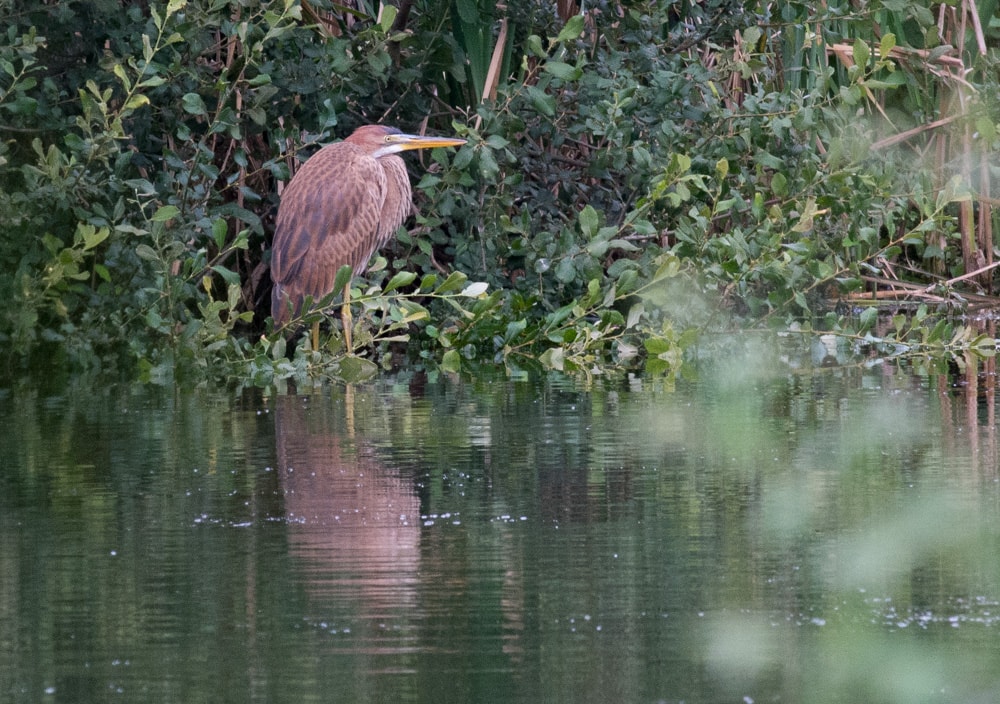 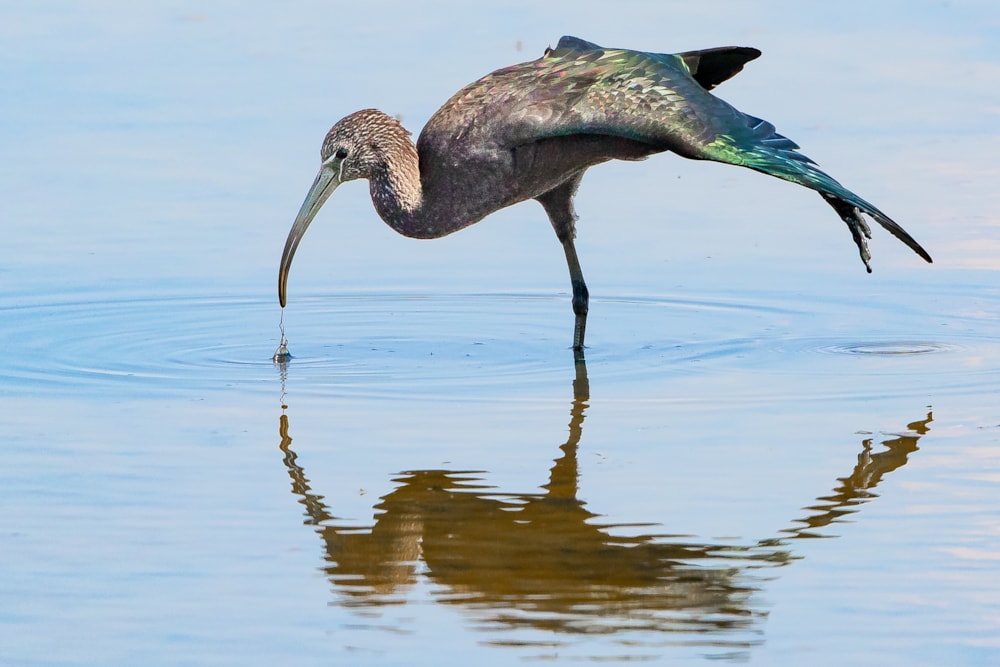 In Orkney, two fearless male Two-barred Crossbills were on Westray on 19th, increasing to three from 20-23rd. Fair Isle's female Eastern Subalpine Warbler was in residence to 19th. Both Savi's Warblers at Minsmere RSPB, Suffolk, were in voice to 21st, with one buzzing out the week's end. A European Serin announced itself as it flew north over Summercourt, Cornwall, on 18th. Thursley Common, Surrey, held onto its male Red-backed Shrike all week. 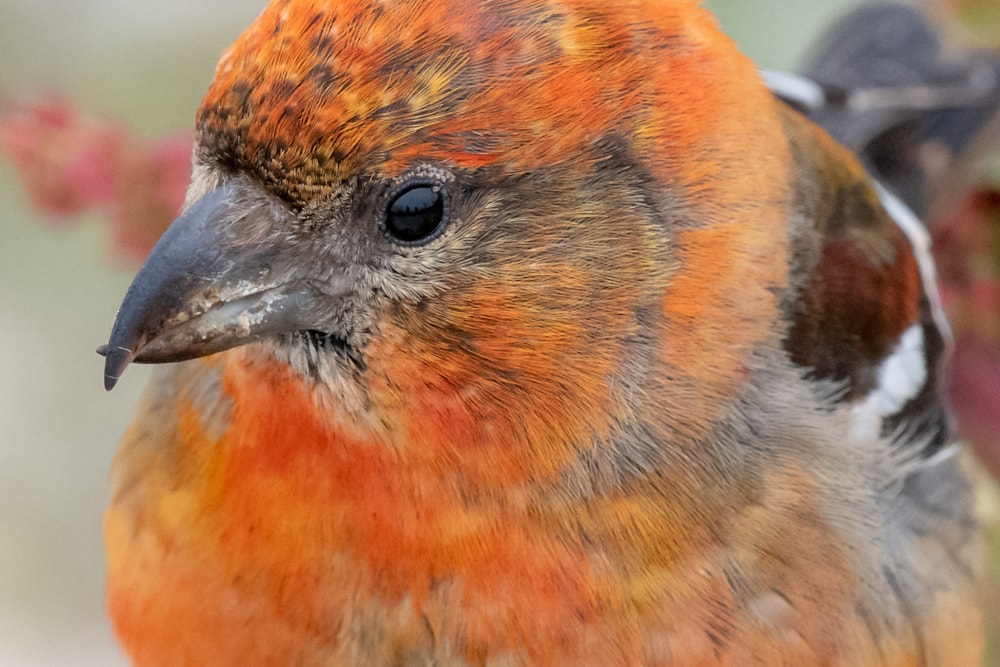 North-west Scotland was the best retainer of Rosy Starlings: two were on Tiree, Argyll, on 23rd and the Outer Hebrides had singles on Harris, Barra and St Kilda. In addition, one was on Yell, Shetland, on 19th. A new individual at Flamborough Head, East Yorks, on 23rd stood out for being relatively so far south. On St Mary's, Scilly, a Golden Oriole skulked around the campsite on The Garrison from 22-24th and another was reported at Cherry Burton, East Yorks, on 20th. Incredibly, the Black-bellied Dipper last seen at Rathfarnham, Co Dublin, in late March was refound along the Dodder on 20th.

Both of the rare shrikes stayed into the week at each end of the region, with the Long-tailed Shrike at Jahra Pools, Kuwait, to 19th and the male Turkestan Shrike again at Ponta da Erva, Lisbon, Portugal, on 23rd. Norway's adult drake Stejneger's Scoter was still near Fauske at Røvika on 22nd and nearby the Pied-billed Grebe remained at Klungsetvika to 18th.

The Spur-winged Lapwing of unknown origin remained near Wieringermeer at Slootweg, The Netherlands, to 23rd, while the Long-legged Buzzard was still at Megchelen, Gelderland, on 20th. Poland's fourth Black-winged Kite visited Białogard, West Pomerania, on 22nd. In Germany, the adult Black-browed Albatross was still at Rantumbecken on Sylt, Schleswig-Holstein, on 19th and the Sociable Lapwing at Athenslebener Ponds, Saxony-Anhalt, was confirmed as still there on 23rd.