An all-too-recognisable cast of rare and scarce birds was again the story of a fairly routine week around Britain and Ireland. Indeed, it's difficult to expect much more at the end of February. The late-winter doldrums inevitably create a repetitive element to weekly bird news highlights and, with the first migrants still a couple of weeks away, things are unlikely to change imminently. Admittedly that may sound a little blasé given that this week's highlights included two Harlequin Ducks, with the female reported off Brora last week seen there again on Sunday for a matter of minutes before it flew south. The drake was also still performing well on the River Don in Aberdeen until at least Monday. But, with the days rapidly lengthening and March just around the corner, many birders are now quite rightly looking ahead to spring. 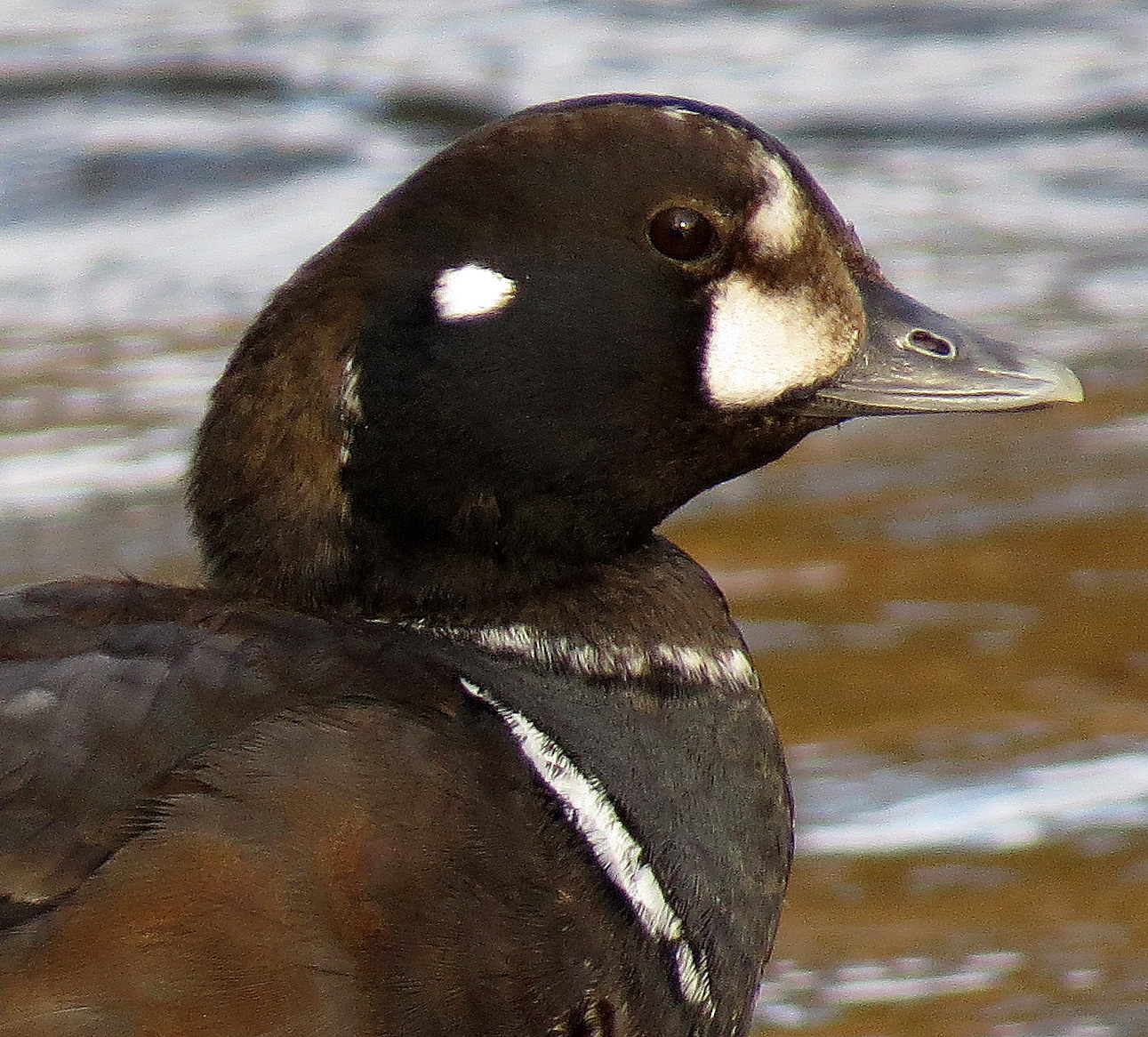 The other headline birds also came in twos: Cornish Pacific Divers continued off Pendower Beach (to 19th) and Mount's Bay (to 24th), the American Coots remained at Lough Gill, Co Kerry, and Balranald, North Uist, and the Black Scoters were off Rossbeigh, Co Kerry, and Cheswick Sands, Northumberland, all week. 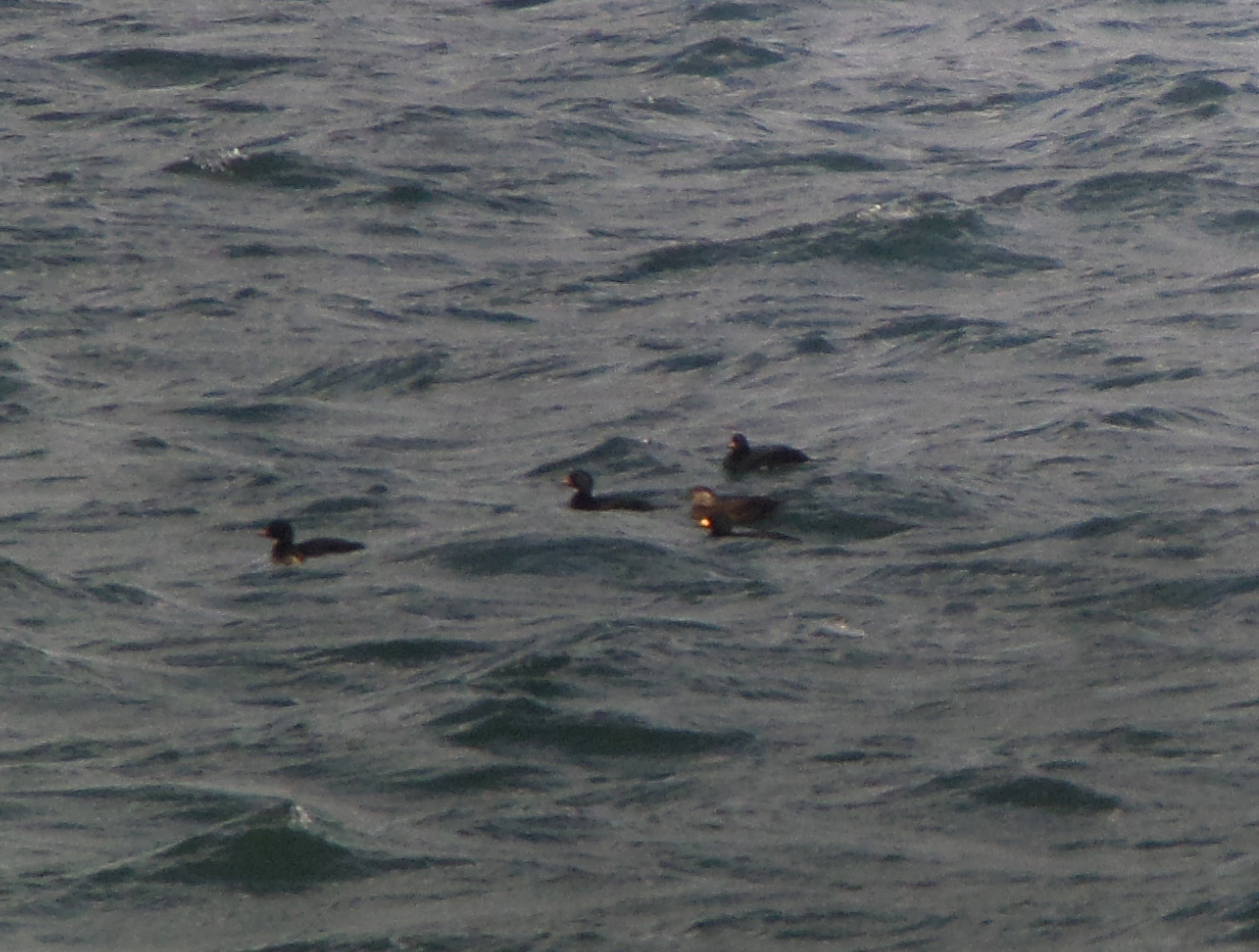 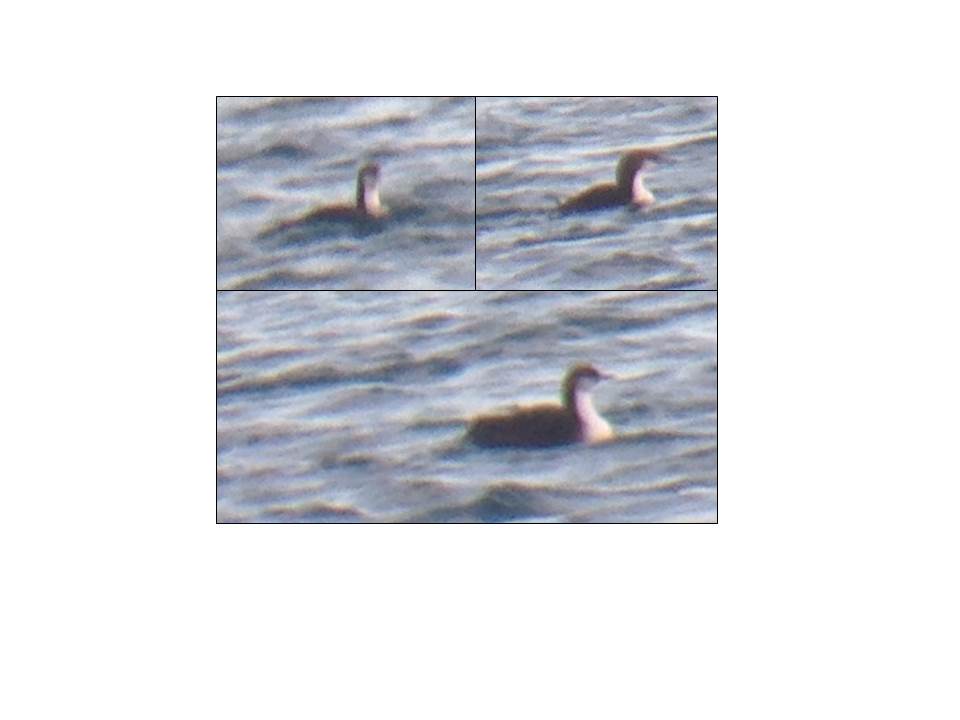 At least one drake Surf Scoter remained off the Conwy coastline, and last week's showy Filey bird relocated along the coast to Scarborough from 20th. Other drakes continued in situ on the Stour Estuary, Suffolk/Essex, and off Ruddon's Point, Fife; Musselburgh, Lothian; Gleninagh, Co Clare; and Rosslare, Co Wexford. The young drake King Eider remained off Maenporth, Cornwall, as did the female off Ruddon's Point, Fife. White-billed Divers were still off South Ronaldsay, Orkney, and Kirkabister, Shetland.

A new drake Lesser Scaup was found at Lough Parisee, Co Cavan, on 19th and was still there on 24th; further drakes remained at Lough Gill, Co Kerry; Cardiff Bay, Glamorgan; and Martnaham Loch, Ayrshire. A drake Ring-necked Duck at Clatworthy Reservoir, Somerset, from 21st was presumably the bird seen at Ashford Reservoir earlier this month. Two females remained at Carlingwark Loch, Dumfries & Galloway, and others remained in Orkney and the Outer Hebrides. Irish birds were still in Counties Waterford and Mayo (two). The female Ferruginous Duck remained at Slimbridge, Glos, all week. 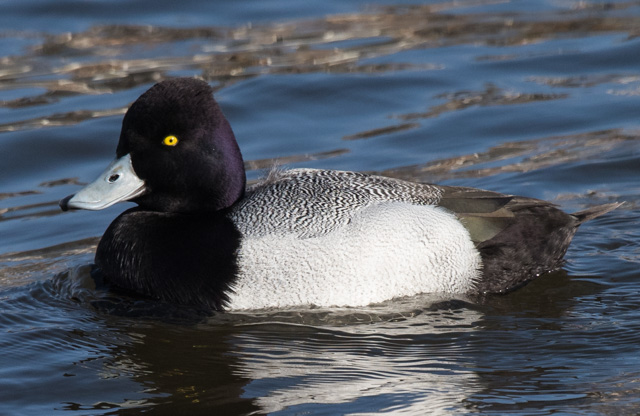 The drake Blue-winged Teal stayed another week at The Shunan, Orkney, as did the American Black Duck on Tresco, Scilly. American Wigeon reached double figures with the two females at Gannel Estuary, Cornwall, and the drake found last Tuesday at Fairlie, Ayrshire, around all week. Others remained in Nottinghamshire, West Yorkshire, Aberdeenshire, North Uist, Shetland and in Counties Wexford and Donegal. Fourteen Green-winged Teal included new birds at Askeaton, Co Limerick, on 19th, Hook, Pembrokeshire, on 21st and Caernarfon, Gwynedd, from 22nd. 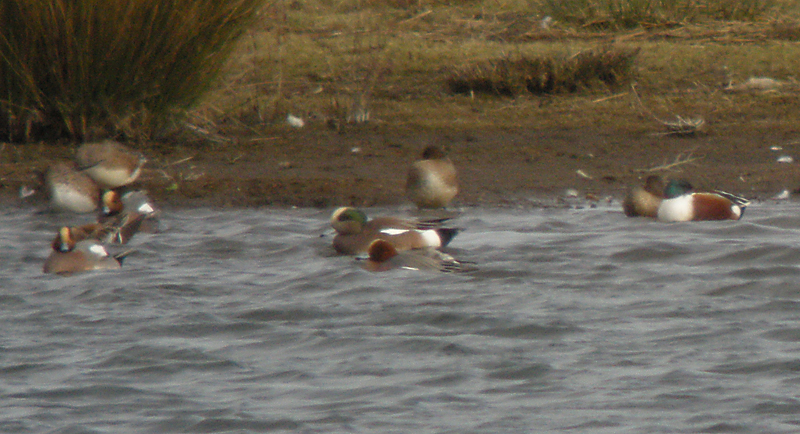 A Snow Goose was at Barns of Ayre, Orkney, on 21st, and the Ross's Goose was still in the Widdrington area of Northumberland until 24th. The Ridgway's Cackling Goose was still at Cults Loch, Dumfries & Galloway, while two Richardson's Cackling Geese were seen at Bridgend, Islay, on 18th, and the Co Sligo bird was also still at Lissadell that day. A probable Lesser Canada Goose was at Malin Head, Co Donegal, on 18th, and the Wexford Wildfowl Reserve bird was also still present on 22nd. Black Brants were in East Yorkshire, Lincolnshire, Essex (two), Hampshire, Dorset and Devon.

Two Cattle Egrets were still at Dungeness, Kent, this week and another couple were at Grouville Bay, Jersey. A Glossy Ibis flew over Sandy, Beds, on 20th and another was near Wexford Town on 18th; others remained at Gonalston, Notts; Fen Drayton Lakes, Cambs; and Tramore, Co Waterford. 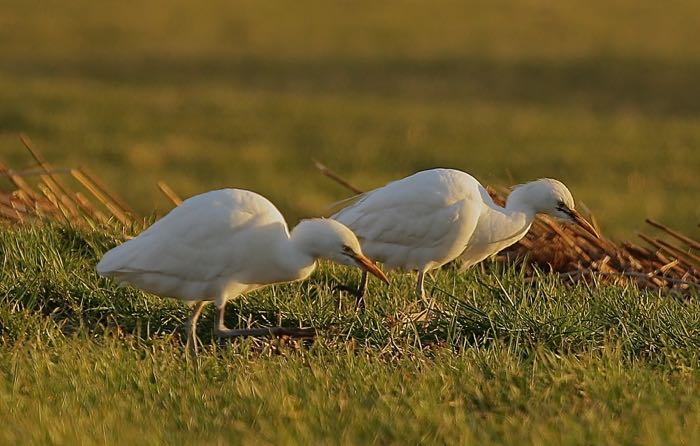 A grey-morph Gyr Falcon was the raptor highlight of the week, seen and photographed at Lough Gill, Co Kerry, on 19th. A strong showing of Rough-legged Buzzards was again noted in eastern areas. The East Sussex Lesser Yellowlegs was again near Winchelsea on 21st and the Co Dublin bird continued at Rogerstown Estuary.

The Laughing Gull continued to show well at New Brighton, Cheshire, throughout the week and the Bonaparte's Gull was again at Dawlish Warren, Devon, on 23rd. Putative American Herring Gulls included the second-winter on Hayle Estuary, Cornwall, and first-winter at Rufforth, N Yorks, the latter reported only on 20th. Britain claimed nine Ring-billed Gulls this week, with adults at Rumworth Lodge Reservoir, Gtr Man, on 18th and Marazion, Cornwall, on 24th; another was reported in Hull, E Yorks, on 18th but not subsequently and a first-winter on the beach at Beacon Ponds, E Yorks, in the late morning on 21st was even briefer. First-winters remained in Cornwall at Swanpool and Hayle Estuary, while long-staying adults were in Highland and Hampshire; the Fife bird was last seen at Townhill Loch on 22nd. Fourteen Irish records included three different adults in Co Clare and a respectable five (two adults, two second-winters and a first-winter) at Nimmo's Pier, Co Galway. 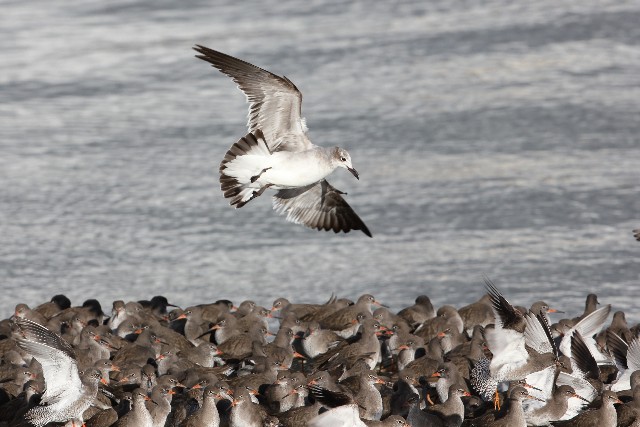 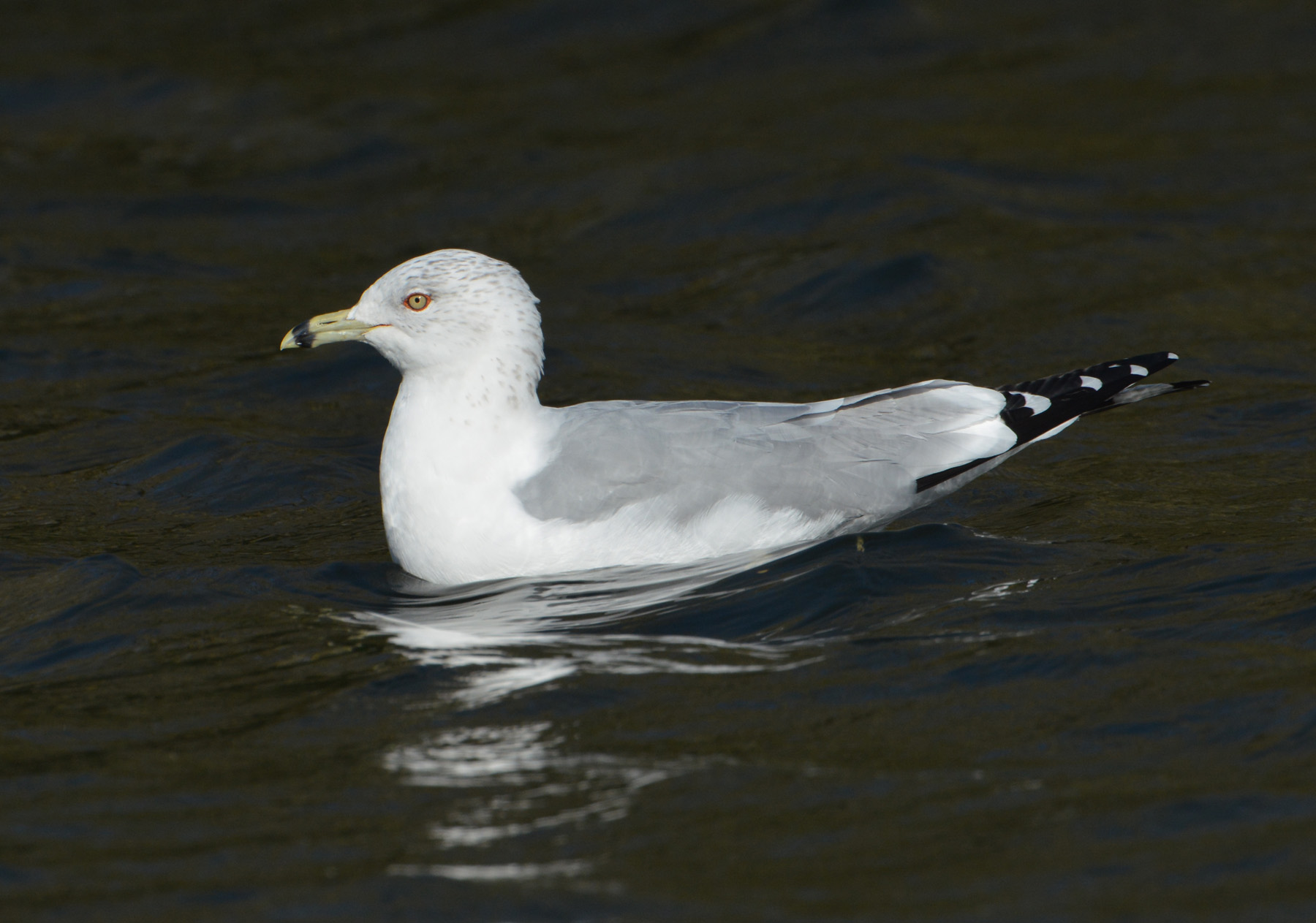 There was a report of an early Hoopoe in Torquay, Devon, on 22nd. Two Richard's Pipits remained at Breydon Water, Norfolk, throughout the week, and others were still at Shell Ness, Kent, and Cloughton Wyke, N Yorks. A second Black-bellied Dipper was found this week — this time at Skaw, Unst, Shetland, on 24th — and last week's bird remained along Kelk Beck near Harpham, E Yorks. 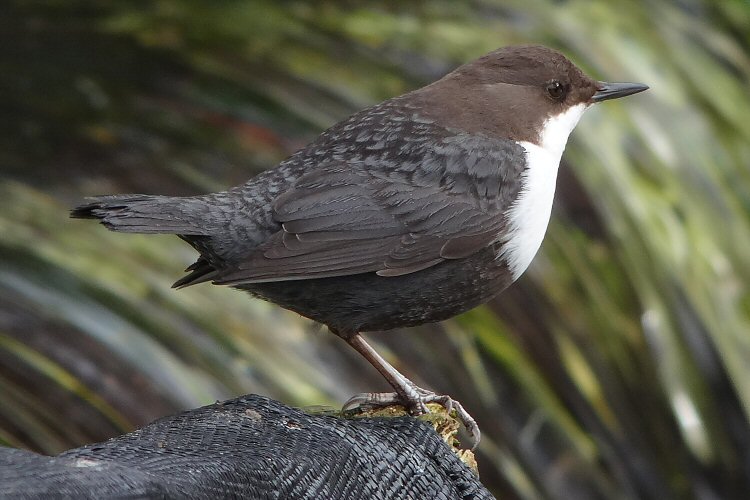 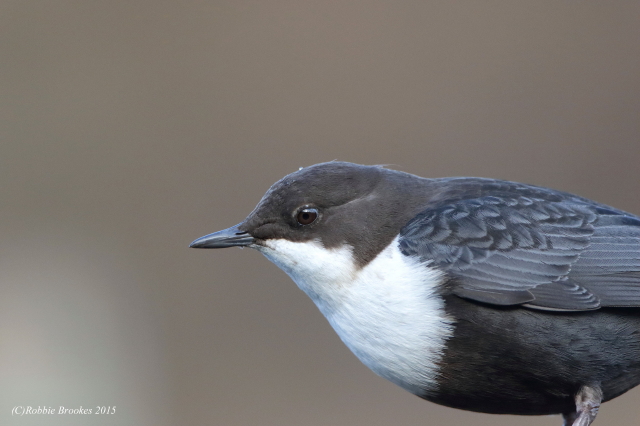 Devon boasted three continuing Yellow-browed Warblers: near the Plym Estuary to 18th, near Paignton to 21st and again at Slapton Ley on 24th. In Cornwall, a bird was still at Ponsanooth on 24th. A typical scattering of Great Grey Shrikes included the particularly confiding bird at Chilham, Kent. Two Penduline Tits were still at Darts Farm, Devon, throughout the week and the three Little Buntings also remained in Cornwall, Glamorgan and East Sussex, though the latter was particularly elusive. 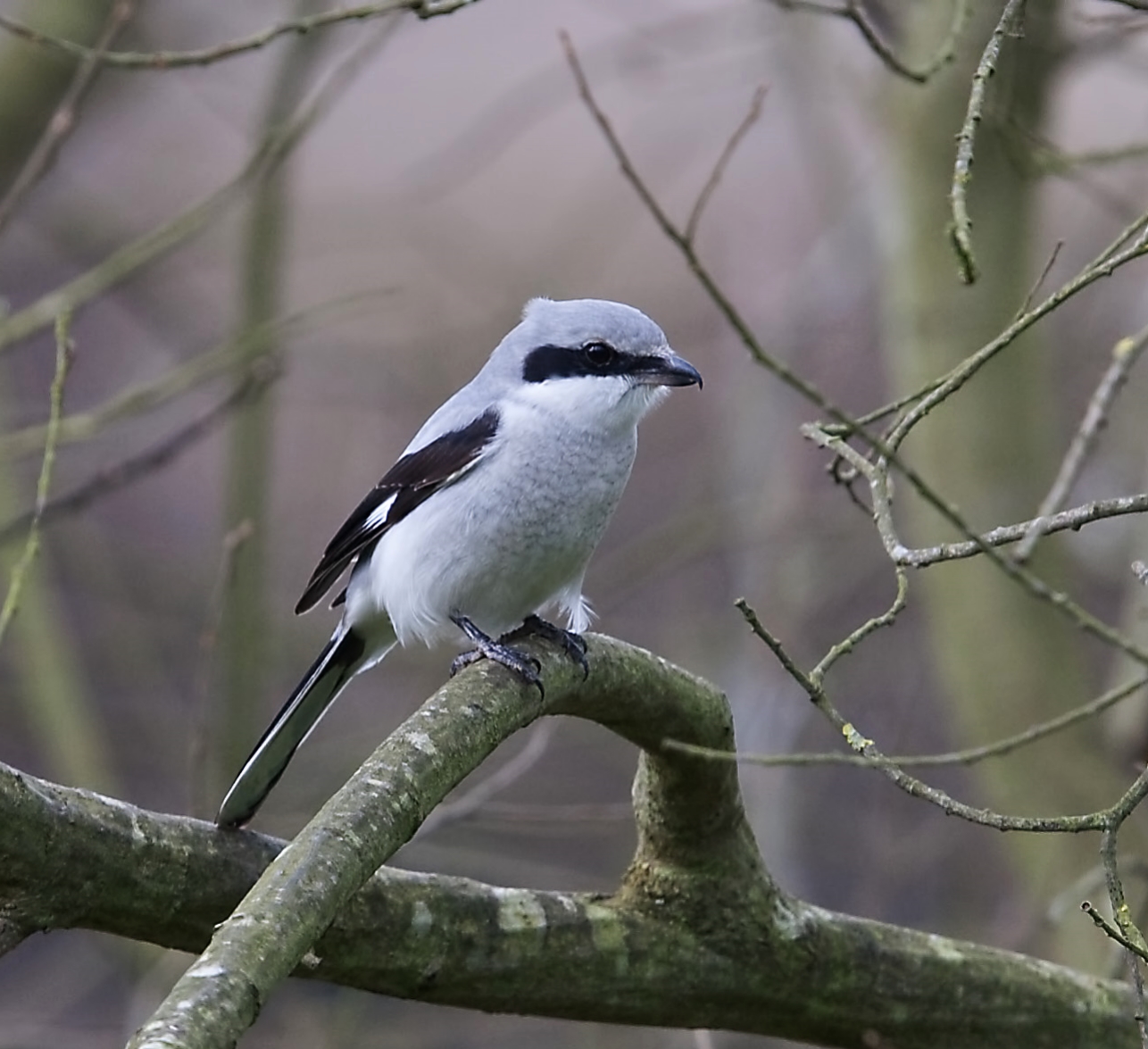 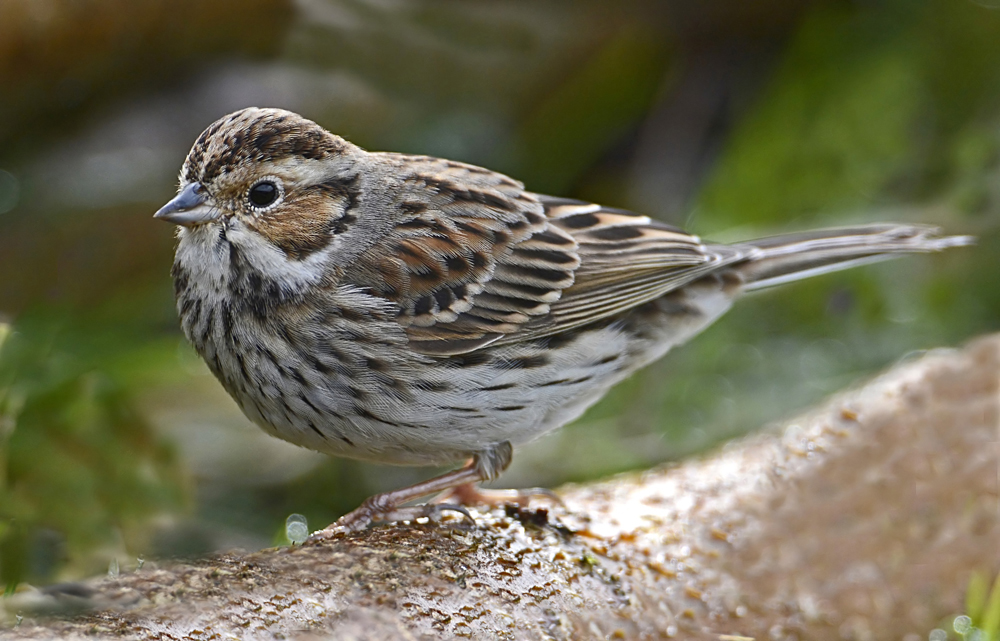 A familiar story around the Western Palearctic saw the Wallcreeper remaining at Dinant, Belgium, for another week and the Dark-eyed Junco, Oriental Turtle Dove and Spotted Sandpiper all still in the Netherlands. The Calandra Lark continued at Masku, Finland, as did the Black-throated Accentor and Azure Tit at Hailuoto and Kolari respectively. Icelandic records included the continuing Glaucous-winged Gull in Reykjavík harbour, the Hooded Merganser at Hrauntúnstjörn and the American White-winged Scoter at Keflavík. 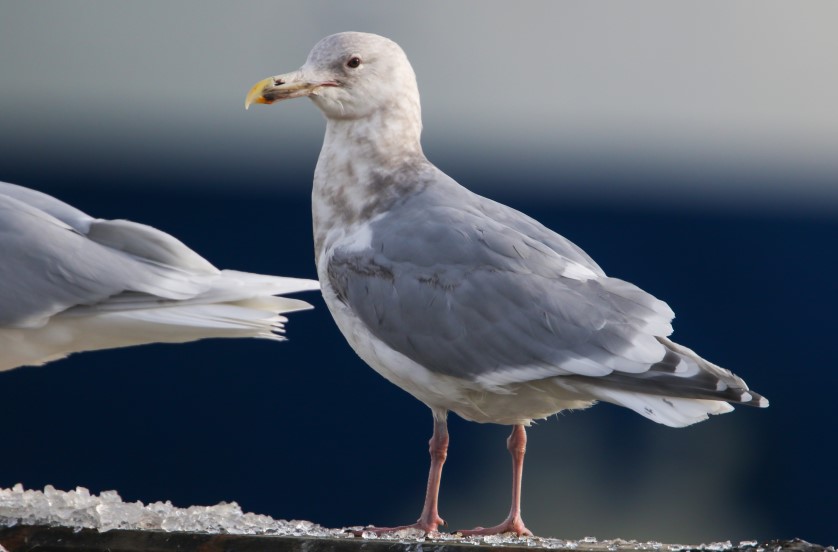 In Spain the Brown Shrike was still at Deltebre, Catalonia, to at least 22nd and the Thayer's Gull appeared at San Cibrao, Galicia, on and off. A drake Barrow's Goldeneye at Preetz, Schleswig-Holstein, Germany, on 20–21st is presumed to be a returning unringed bird from 2010 (which was placed in Category D). A Snowy Owl was on the Halfdan A oil rig on the morning of 19th — this site is just outside British waters. Kuwait's fourth Striated Heron was also seen on Friday at Al Khiran. 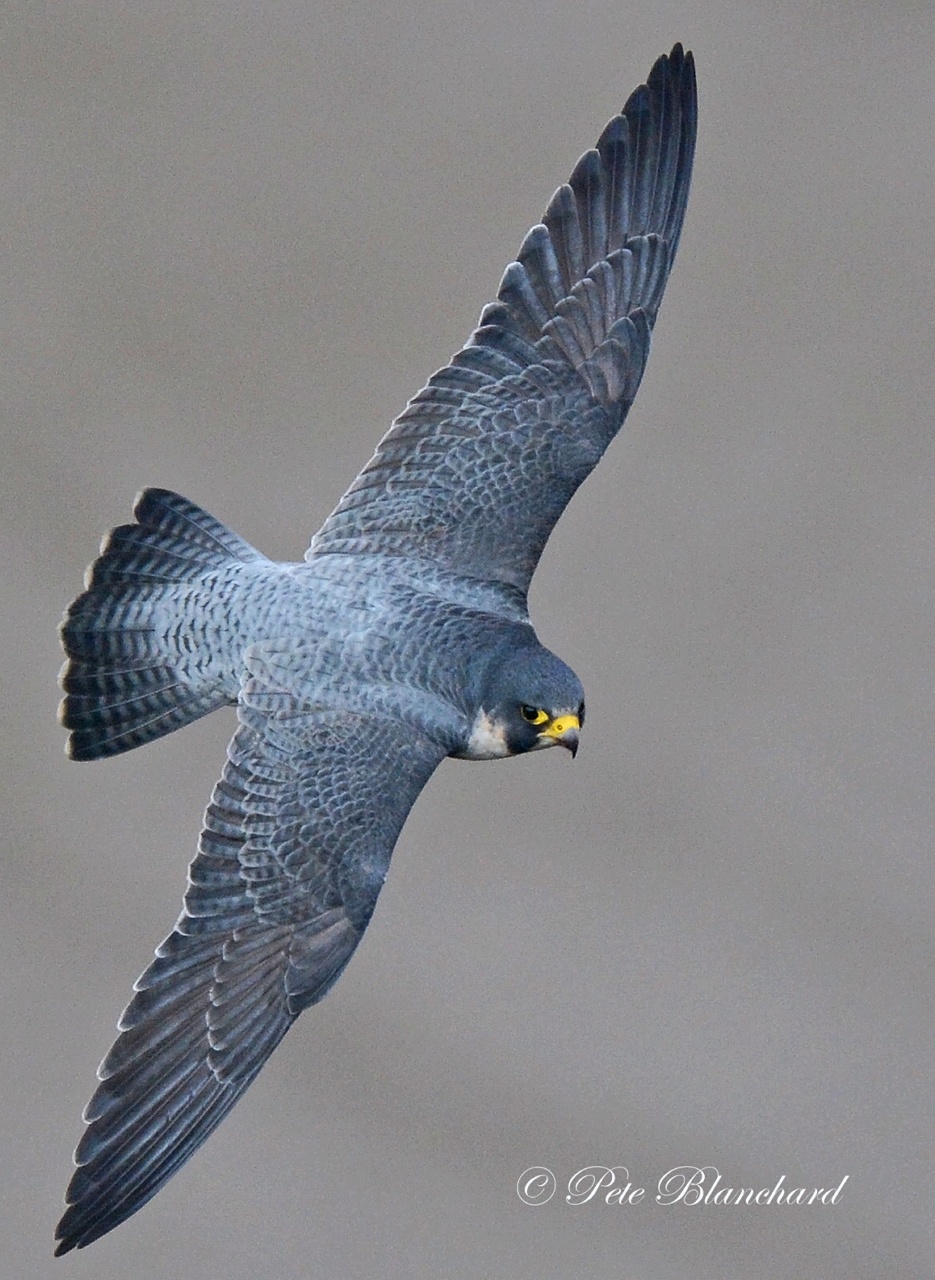 There were so many great photos posted on Iris again this week writes Steve Young. Scottish specialities were very popular, as were the Cheshire Laughing Gull and the Lancashire Red-throated Diver, both of the latter affording excellent, close-range photographic opportunities. Judging really does become more difficult as the weeks pass!

There are many Peregrine images on BirdGuides, the majority being quick grab shots of birds seen from below (like most of my own efforts!) as a bird races past overhead at great speed. In contrast, we don’t get to see many upperwing shots and certainly not many as good as this week's POTW by Pete Blanchard.

Taken from a cliff top as the bird cruised past below, Pete used a 300mm f2.8 lens plus a 1.4× converter, shooting at f4 aperture with a shutter speed of 1/1600th second. Even though the shutter speed probably wasn't as fast as Pete would have liked, everything is pin-sharp and the AF has locked on perfectly. The wing and tail positions are lovely; the bird seems oblivious to the lens and looks to be focussed on the hunt for prey as it glides by. The plain background offsets the bird even further. To photograph this species at such close range must have been truly exhilarating; congratulations to Pete on his POTW. 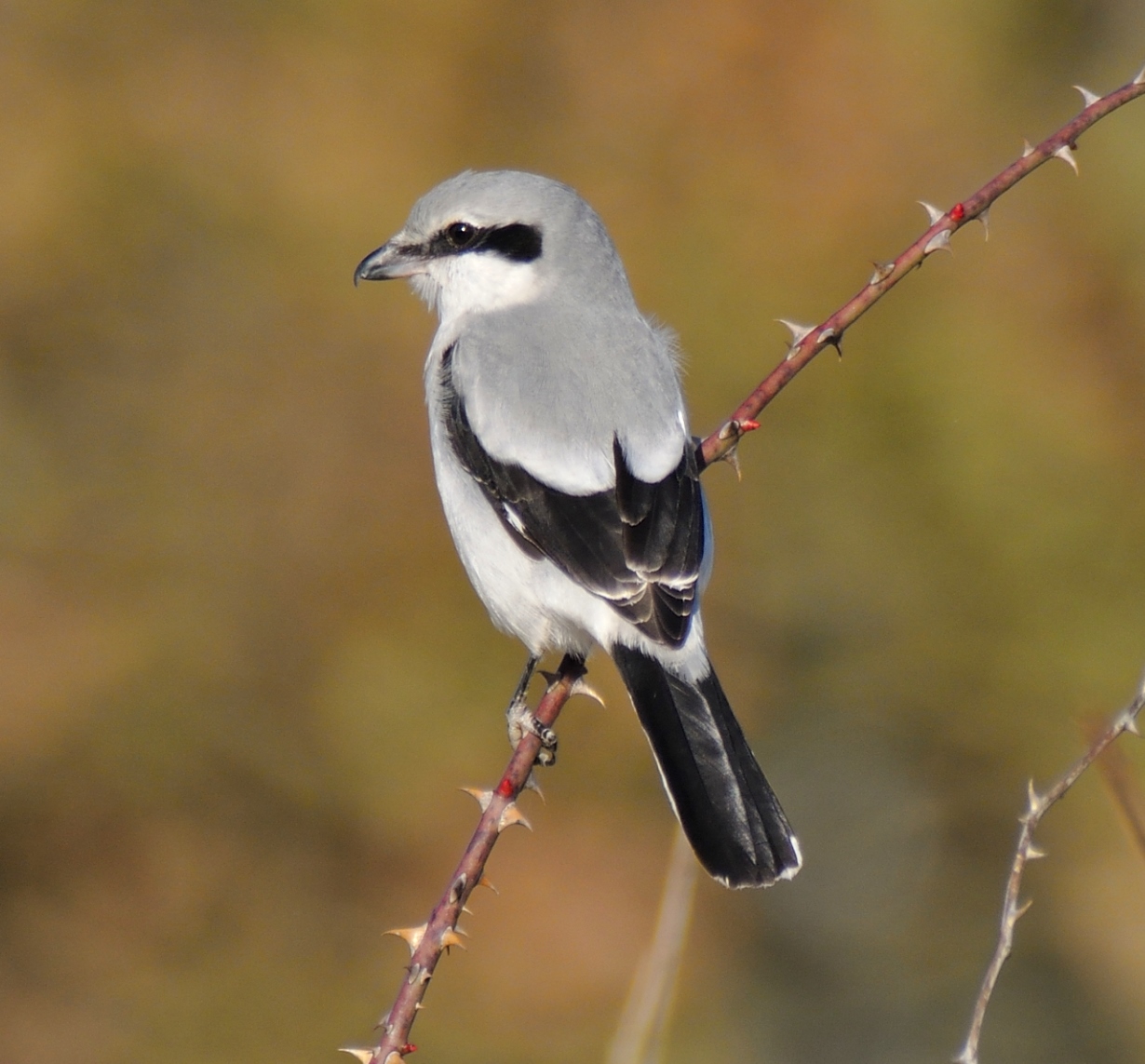 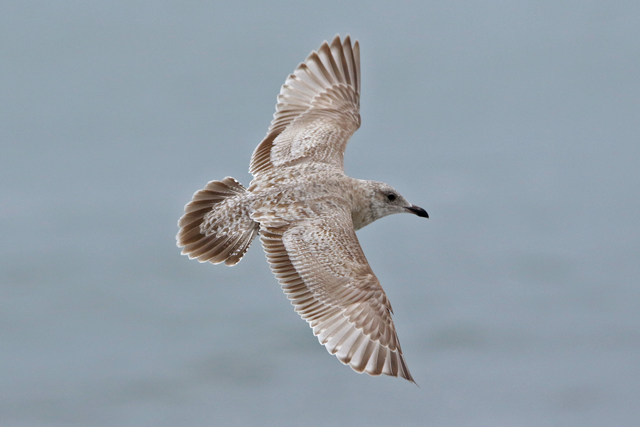 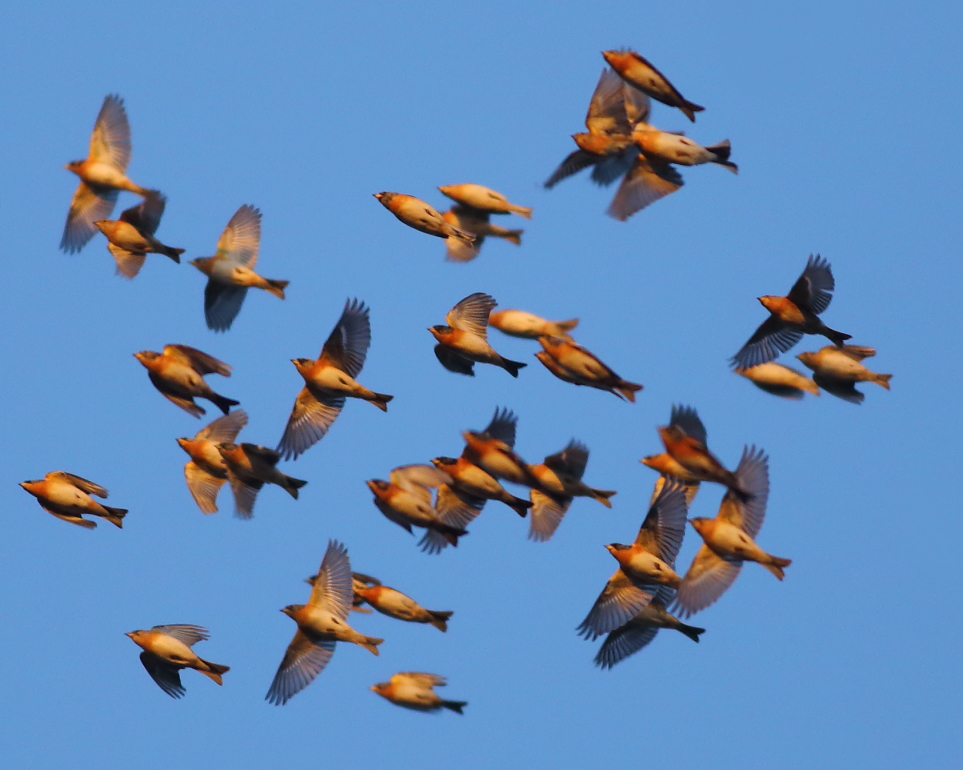 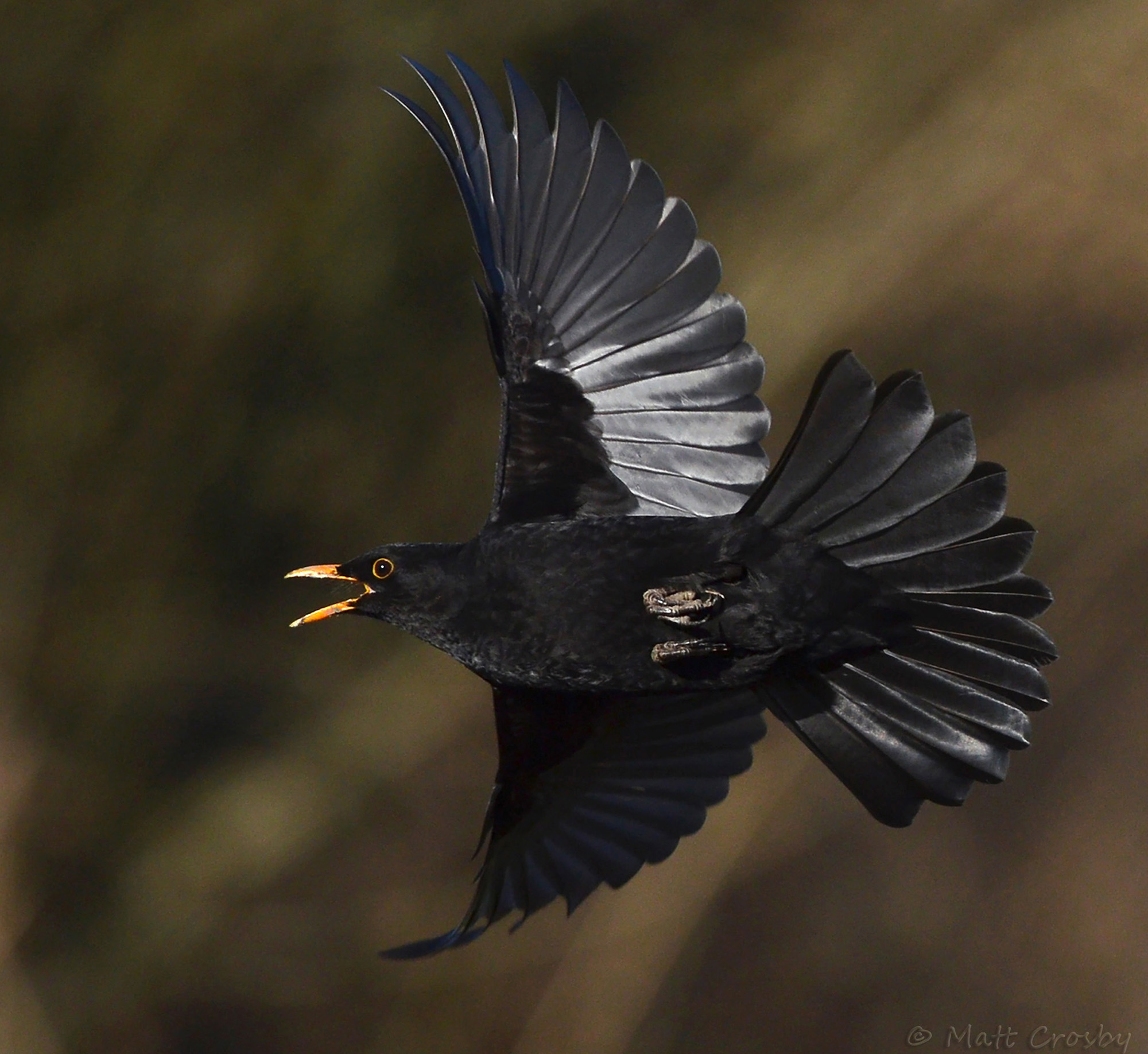 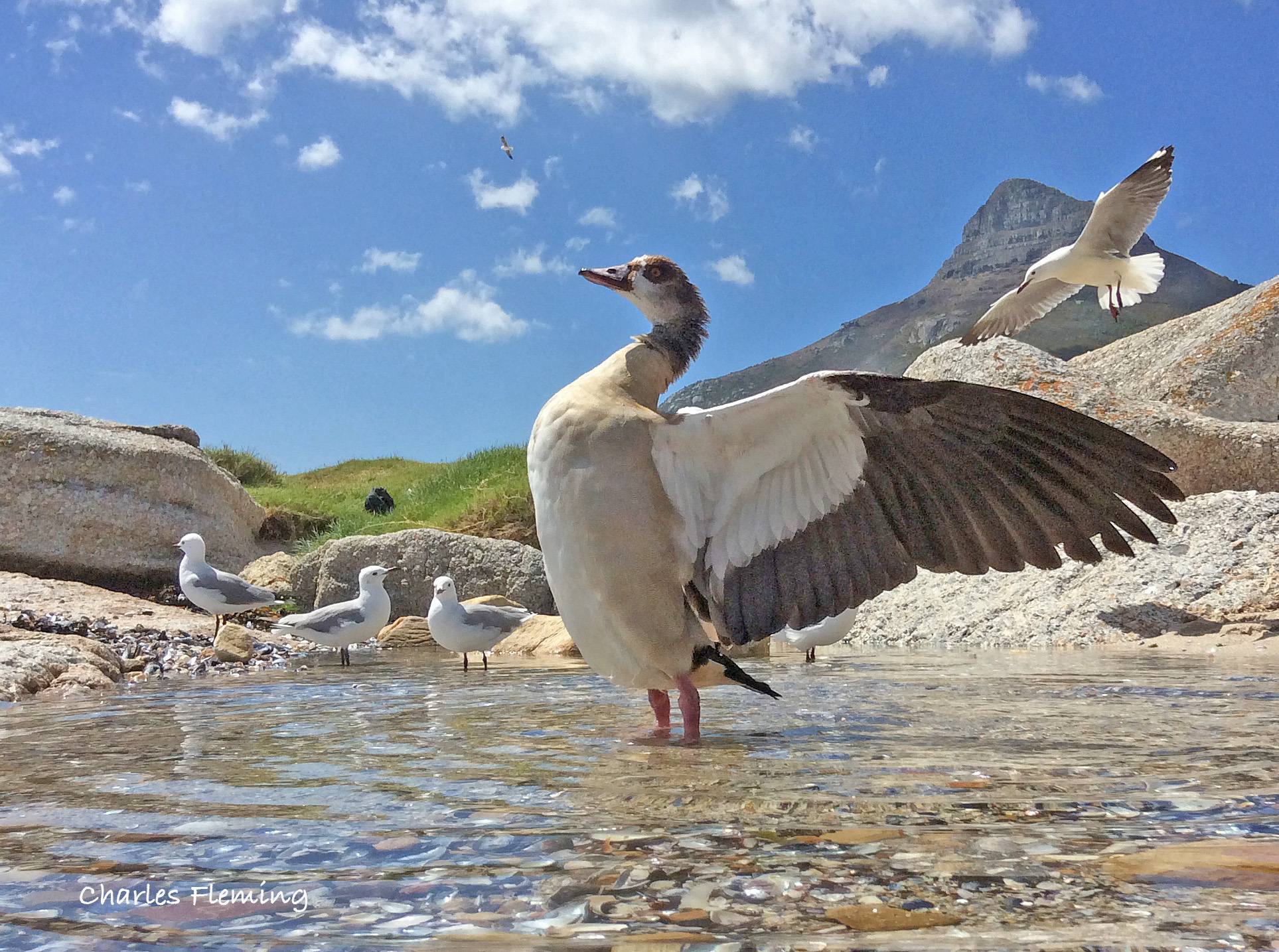 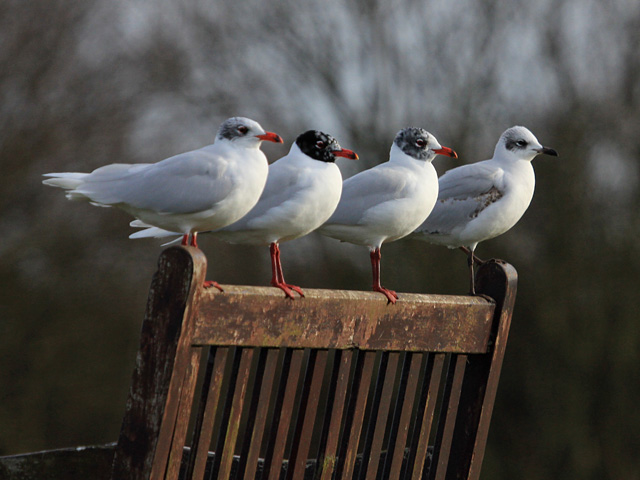 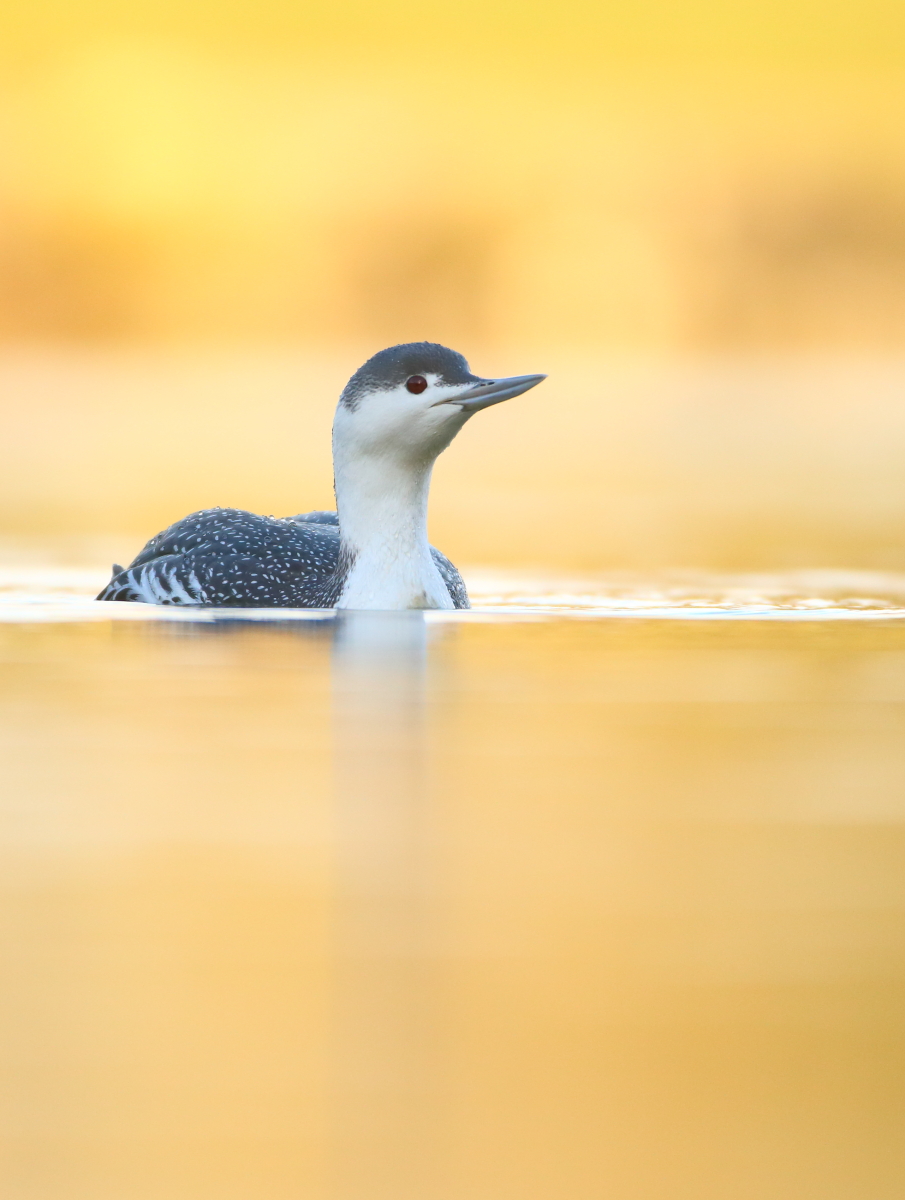 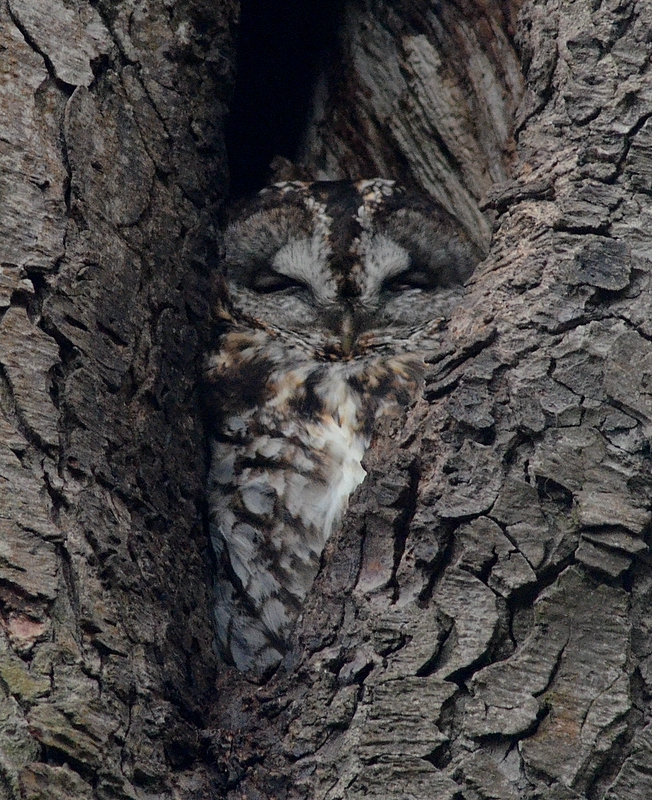 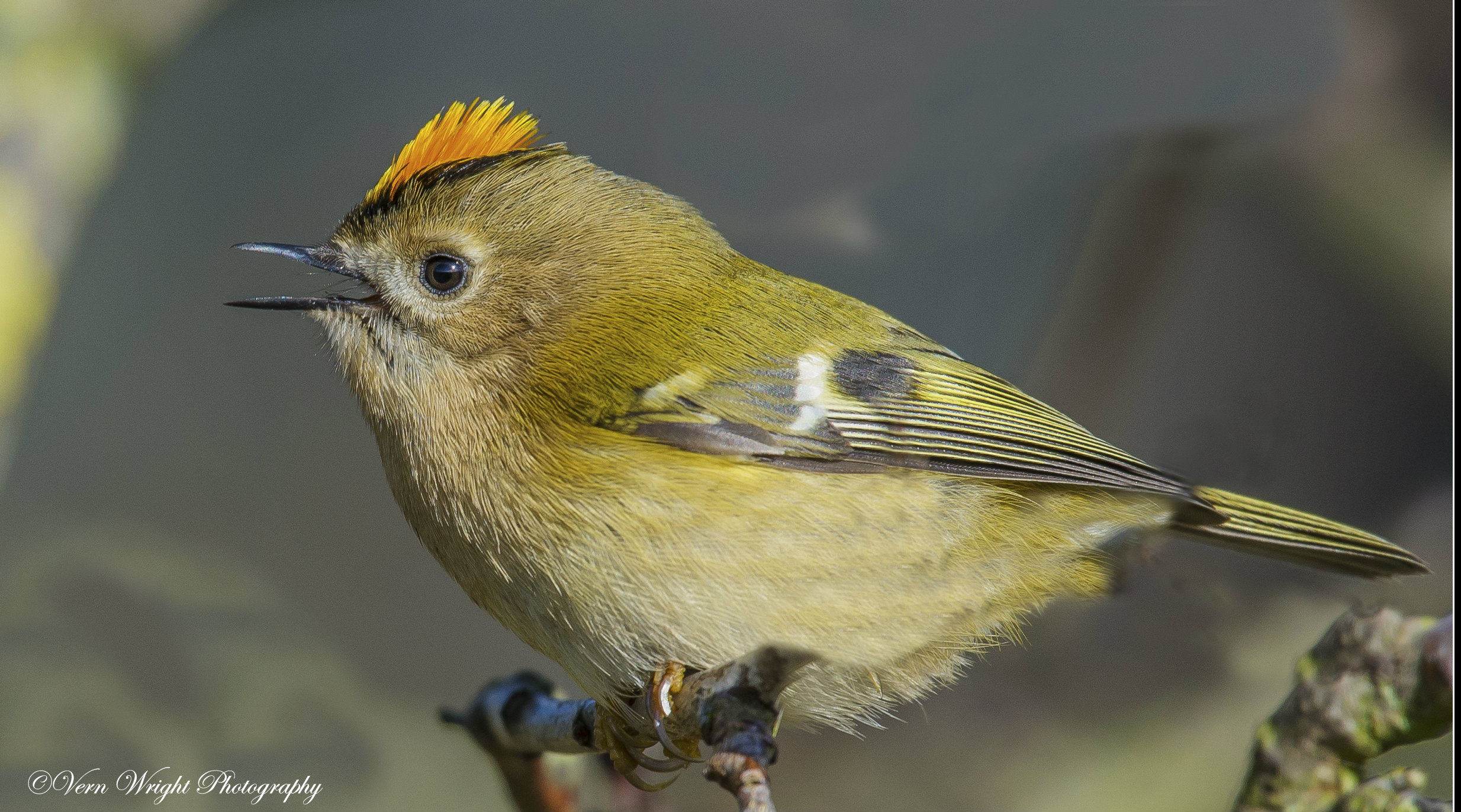 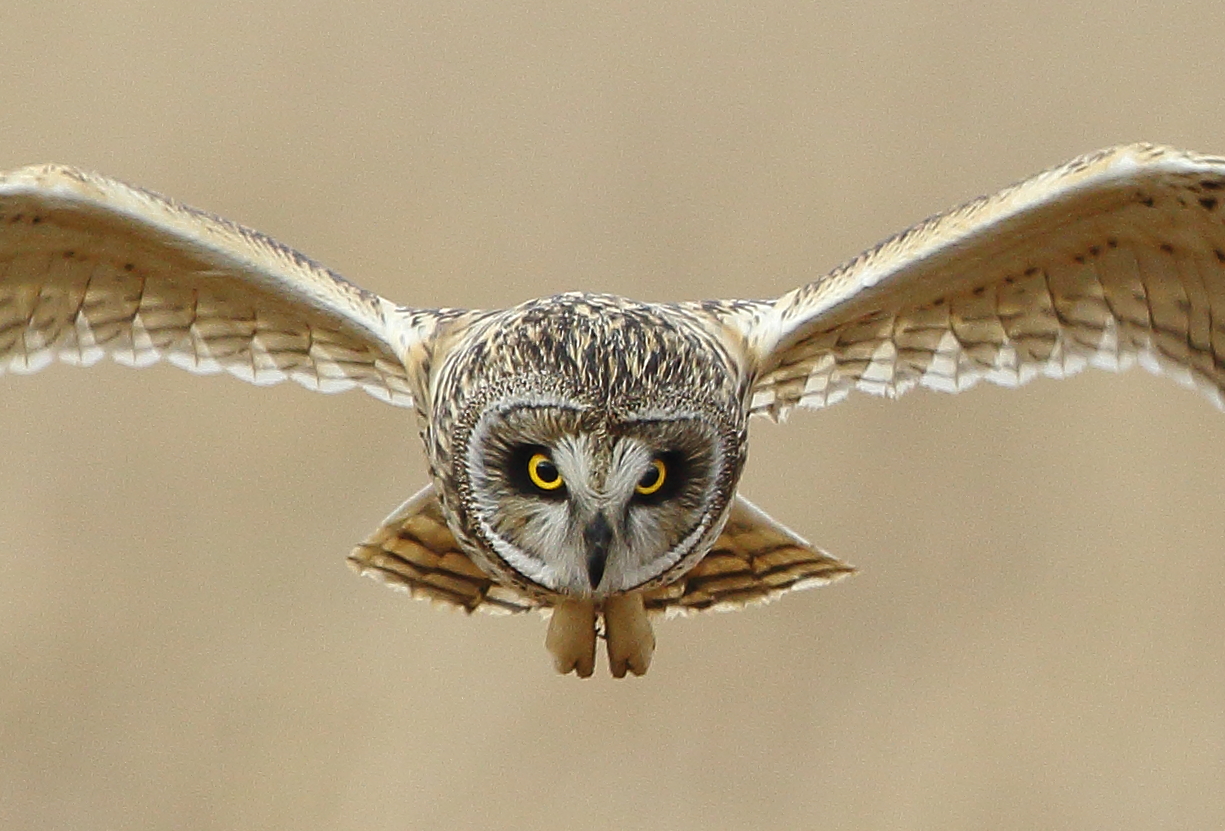 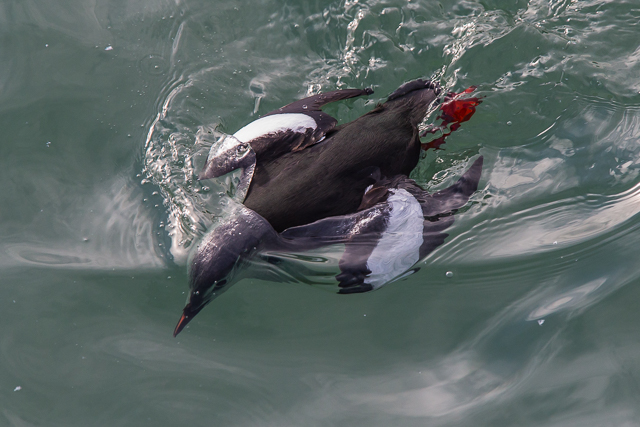 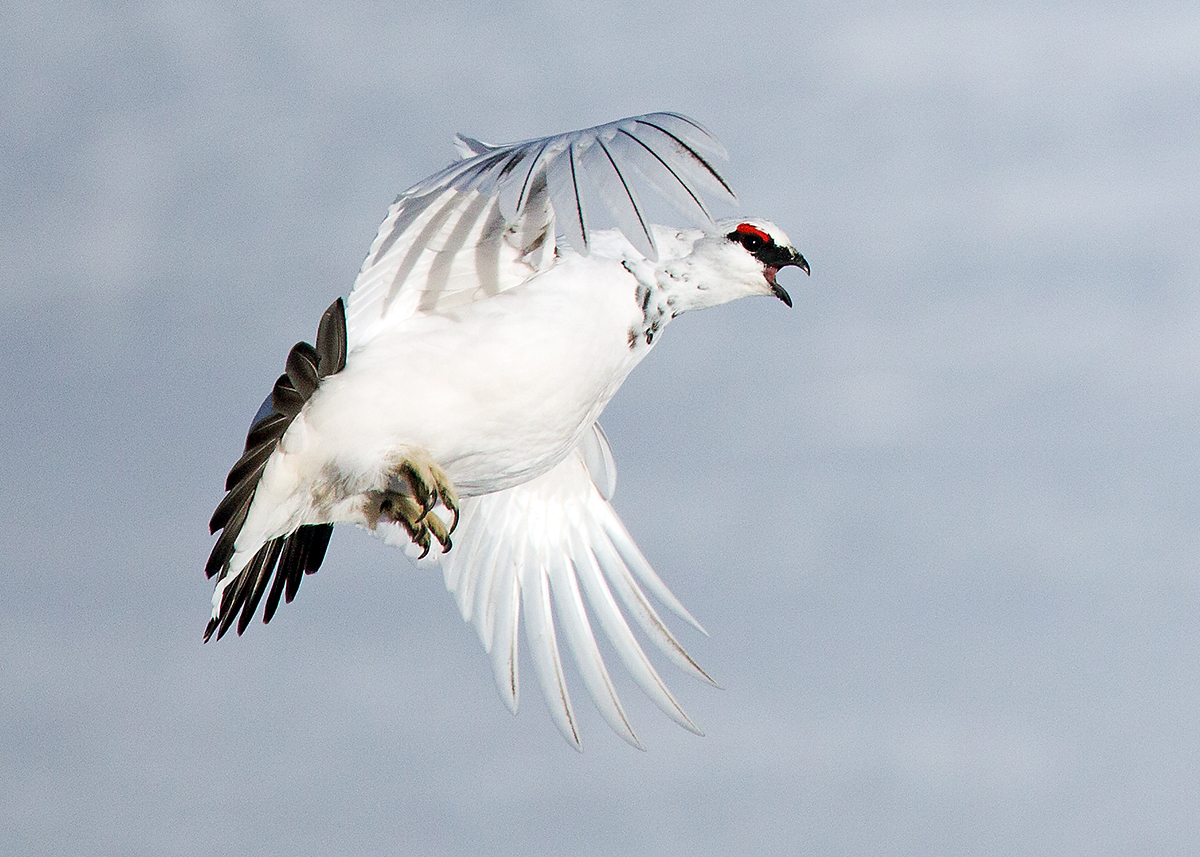