After last week's excitement, there was something of a return to the sleepy July norm this time out — with the Great Knot having moved on, Fair Isle's Swinhoe's Storm-petrel once more assumed the role of the week's rarest bird. Trapped again in the early hours of Wednesday 16th and Friday 18th, this remarkable bird shows no sign of going anywhere just yet and one really wonders how many years it might return to the hallowed isle. It may not be seen again anytime soon, though, with the wardens having changed the trapping area location to The Skadden on Sunday.

A Bridled Tern belatedly reported in the tern roost at Winterton (Norfolk) on the evening of 18th was not seen again; however, the record certainly tallies with the Farnes bird disappearing and last being seen some way to the south, off Hartlepool Headland, on 13th. The species is not yet on the rather extensive Norfolk county bird list, and a reappearance would no doubt be most welcome. It's galling to think that it must have flown right by the Sandwich Tern colonies at, for example, Blakeney Point.

It seems wrong to call the high-pressure system bringing us this fine midsummer weather a nuisance, but it is for land-based seawatchers. That said, evidence from various boat trips and pelagics staged this week suggests that birds are beginning to accumulate in British and Irish waters. Four Wilson's Storm-petrels from a boat off Galley Head (Cork) on 22nd followed a singleton seen in Mayo waters on a trip to Porcupine Bank on 19th. Great Shearwaters were seen in small numbers from both trips (five and two respectively), while 11 Cory's Shearwaters were seen off Galley, five from a Scilly pelagic on 21st and further small numbers in Cornish waters; one Cory's and five Greats were also seen from the RV Celtic Explorer in Donegal waters. As soon as we get the first blow from the south-west, classic locations in County Cork and Cornwall may well be in for a decent day or two. 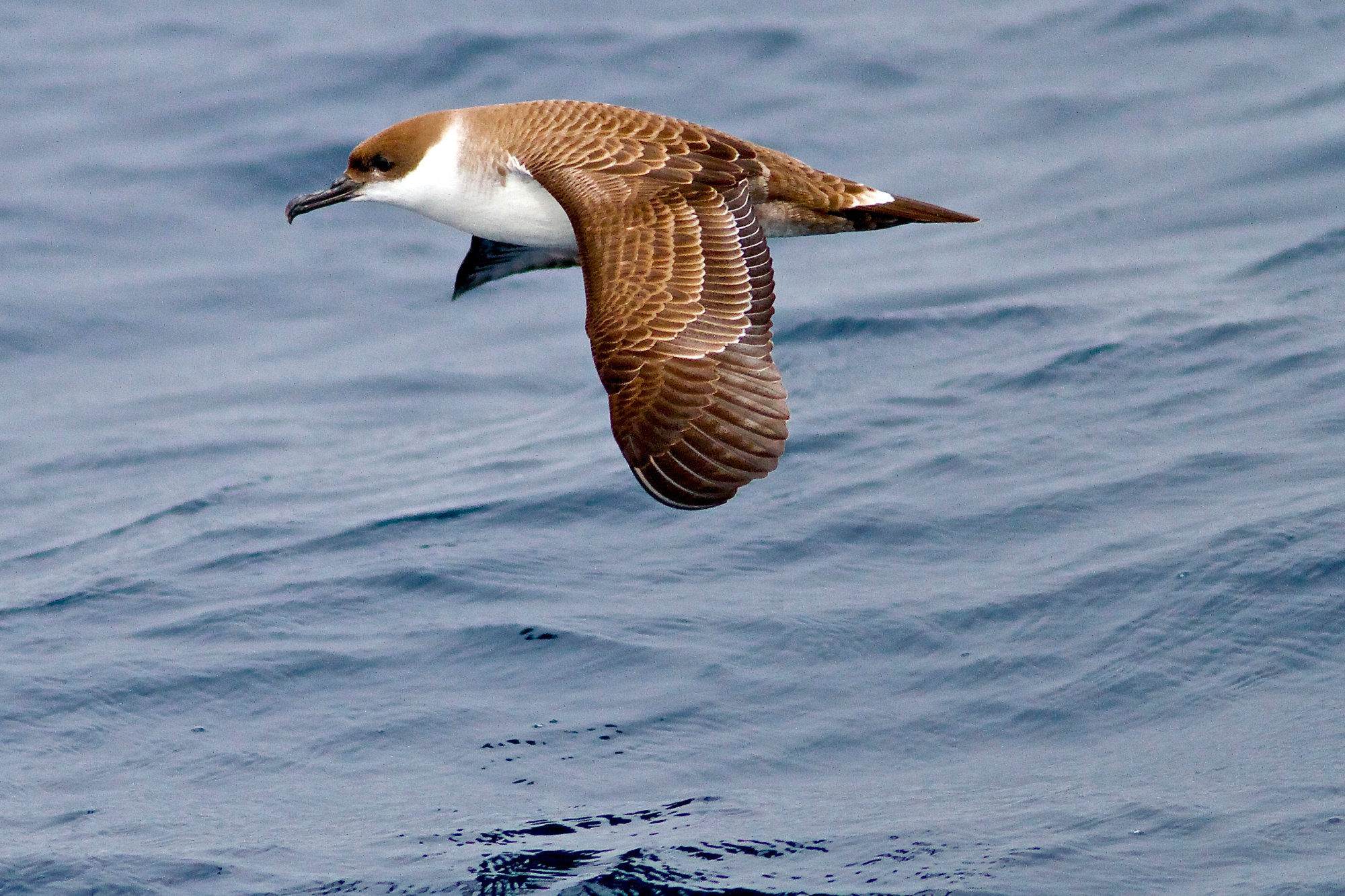 A female Bufflehead at Trimley Marshes (Suffolk) on 22nd had apparently been present since at least the weekend, although its provenance is questionable to say the least — particularly given the green-ringed escape that has toured Lothian and Fife in recent weeks. Drawing slightly less attention (and controversy) were a few lingering Ring-necked Ducks: the drake at Murton Gravel Pits (Angus & Dundee) on 21st and the pair still floating around on Lough Beg (L'derry). A White-billed Diver distantly off Thurso (Highland) on 19th was not a record you'd expect in July, although the build-up of Red-necked Grebes in Lothian is more routine — 21 were off Ferny Ness on 22nd.

A second-summer Night Heron was a nice find in Warwickshire, present at Seeswood Pool on 21st–22nd and generally showing reasonably well, while the adult was still at Bough Beech Reservoir (Kent) on 16th. The Cattle Egret remained at Hillsborough (Down) and a White Stork flew over Abingdon (Oxon) on 20th — there have been a number of reports of the latter in the Thames Valley area since the spring, and presumably one mobile bird is involved. We carried 60 reports of Great White Egrets on Bird News Extra during the week, with most records involving single birds — there were, however, two still at Bough Beech Reservoir and threes at Leighton Moss (Lancs) and on the Somerset Levels. Glossy Ibis were in Dorset, Oxfordshire, Leicestershire, Cambridgeshire, Norfolk, Lincolnshire, Cumbria, and Perth & Kinross. 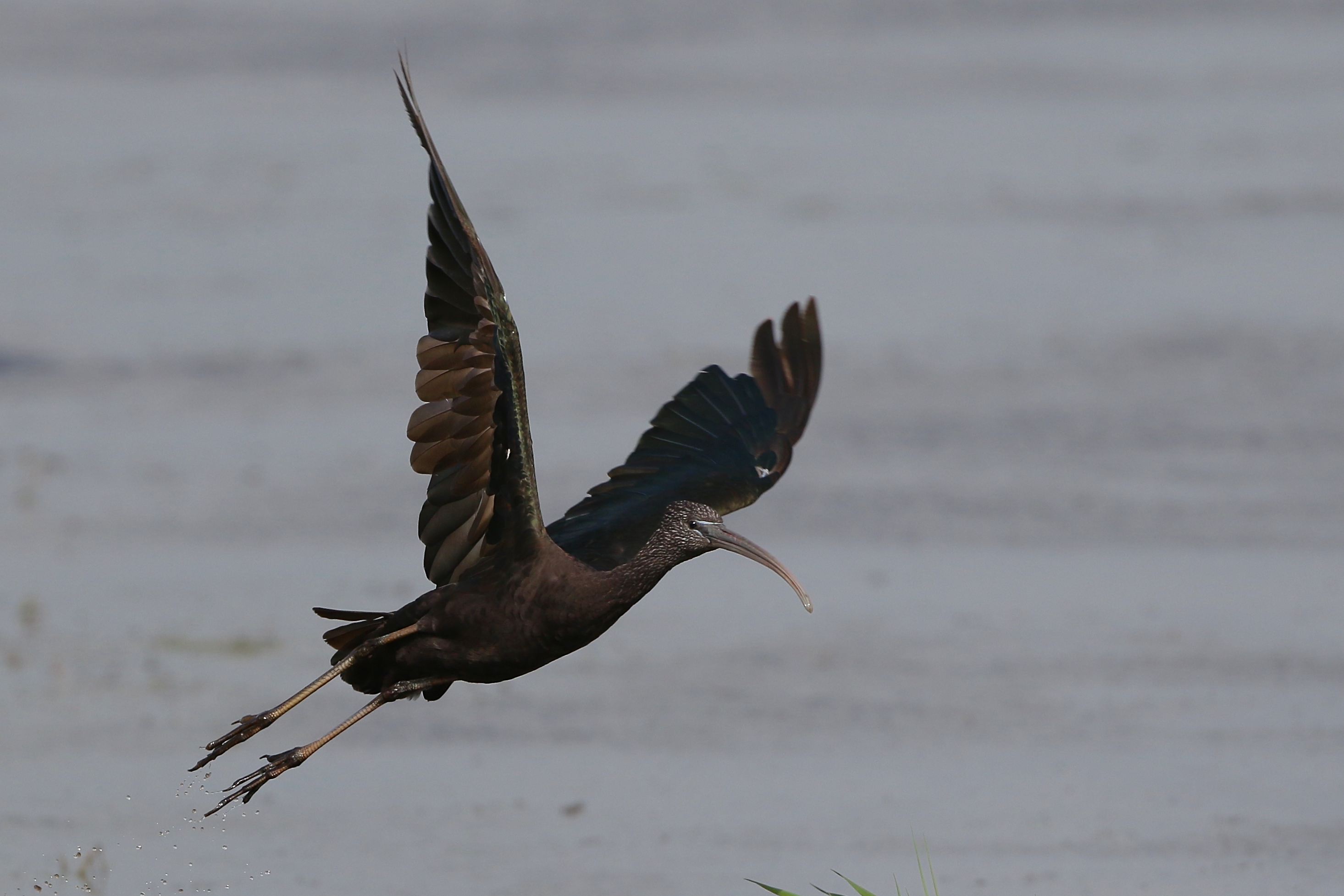 Black Kites included birds over Acle (Norfolk) on 16th — possibly the recent Suffolk escape — and Moor Green Lakes (Berks) on 20th, while a possible Red-footed Falcon was on Orkney. Spotted Crakes began to show up: birds were at Weston-super-Mare sewage works (Somerset) on 19th, on private land at Lytchett Bay (Dorset) from 20th and at Slimbridge (Glos) on 20th.

Brief Pectoral Sandpipers visited Misson (Notts) on 17th and Hesketh Out Marsh (Lancs) on 20th, while a Temminck's Stint dropped in at Titchwell (Norfolk) on 19th–20th. The Spotted Sandpiper was again reported from Baron's Haugh (Clyde) on 18th, while the often elusive Lesser Yellowlegs continued at Frampton Marsh (Lincs) until at least 21st. The Black-winged Pratincole again switched counties, popping up on the Ouse Washes in Cambridgeshire on 19th–20th — this time, though, it doesn't result in an addition to the county list, as there are previous records from 1981 and 1982. The Collared Pratincole at Minsmere (Suffolk) proved particularly co-operative, lingering there throughout the week. 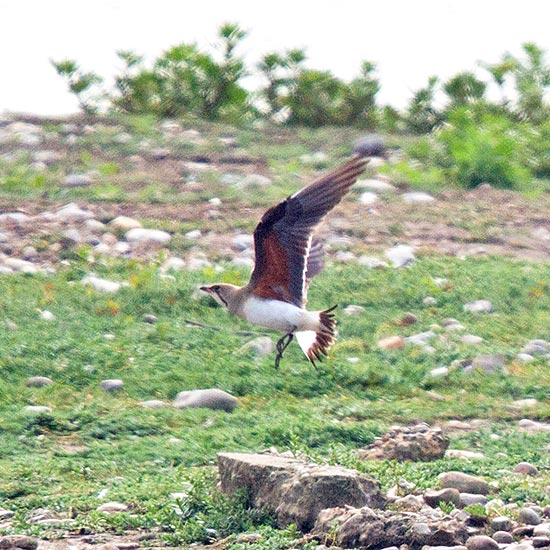 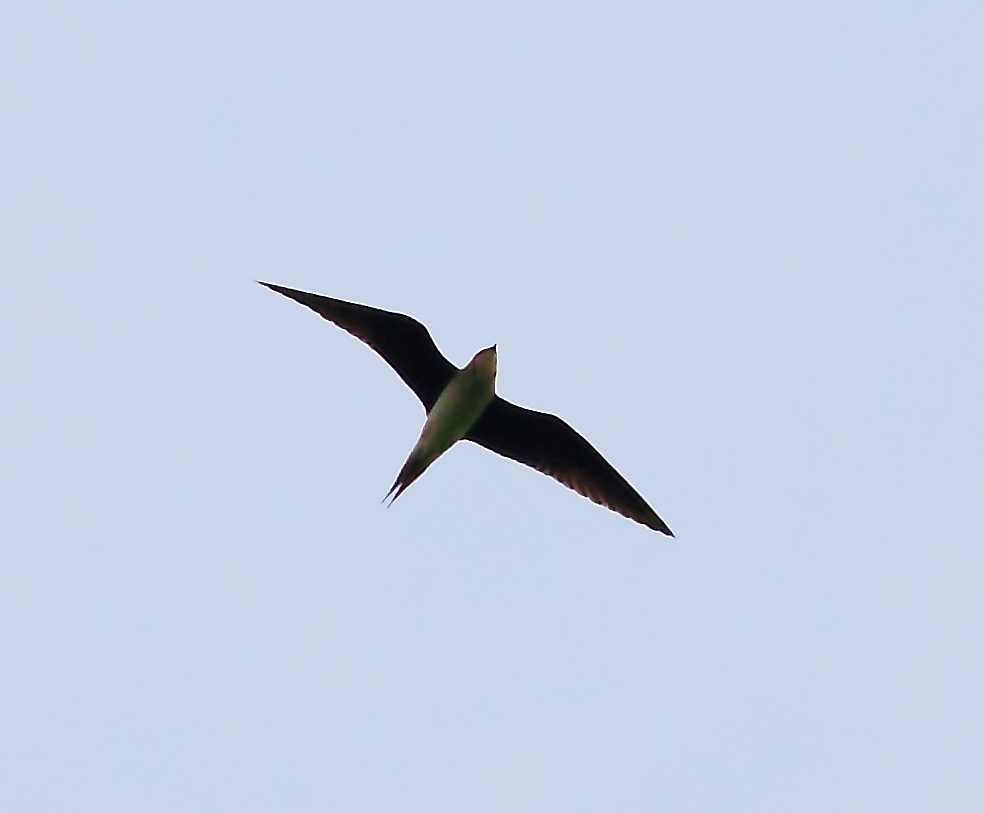 Further big news came in the form of another family of Black-winged Stilts — this time six birds, including four juveniles, at Cavenham Pits (Suffolk). Reported from 19th onwards, it seems highly likely that the birds must have bred in the vicinity (given how 'young' the juveniles look), perhaps on site. Five remained at Medmerry in West Sussex, while there was belated news of a single bird at Shapwick Heath (Somerset) on Sunday 13th. 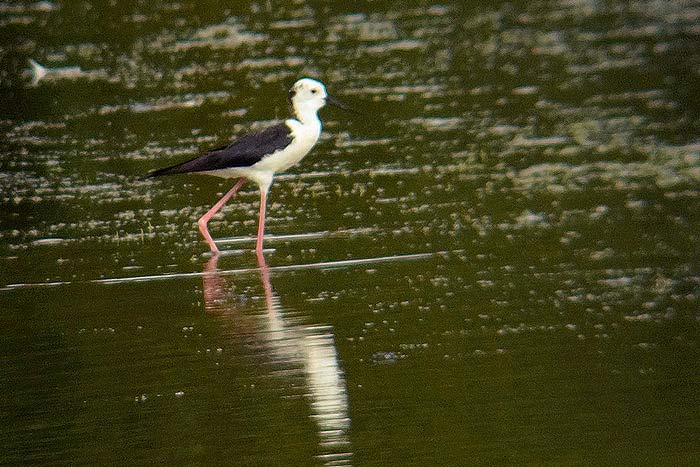 The summering Ross's Gull could still be found around Bowling Green Marsh (Devon) throughout the week, while what is quite likely last year's Bonaparte's Gull returned to Oare Marshes (Kent) from 17th, looking altogether more resplendent this summer in full breeding plumage. The Laughing Gull was still knocking about at Ballycotton (Cork) on 20th, and an immature Ring-billed Gull was seen in Dublin Bay on 20th.

Hoopoes were reported in Hampshire, Essex and Oxfordshire but all three remained unconfirmed. A probable Short-toed Lark was at Rainham Marshes (London) during the morning of 20th, the identification apparently being firmed up later in the day. The male Red-backed Shrike was last seen at Winterton Dunes (Norfolk) on 21st, and another handsome cock was seen at Strathcanaird (Highland) that day. An altogether less appealing Woodchat spent the best part of a day at Gramborough Hill, Salthouse (Norfolk) on 17th, while a Marsh Warbler remained on Fair Isle. A Serin was seen a few times in flight at Dungeness (Kent) early on 17th, and what is presumably June's Rose-coloured Starling made a reappearance in Carlton Colville (Suffolk) on 19th — another was reported from Forss (Highland) on 17th.

Around the wider Western Palearctic, news came of another Great Knot in Gdansk Bay (Poland) on 17th — identifiable as a different bird to that at Breydon by its scapular and covert pattern (see this photo). The Black-browed Albatross was again seen in Denmark, at Skagen on 17th–18th and later perched on the harbour wall at Hirtshals Havn. A Lesser Sand Plover was in Israel on 20th, and a Brown Booby was seen from a cruise ship in the western Mediterranean on 18th. 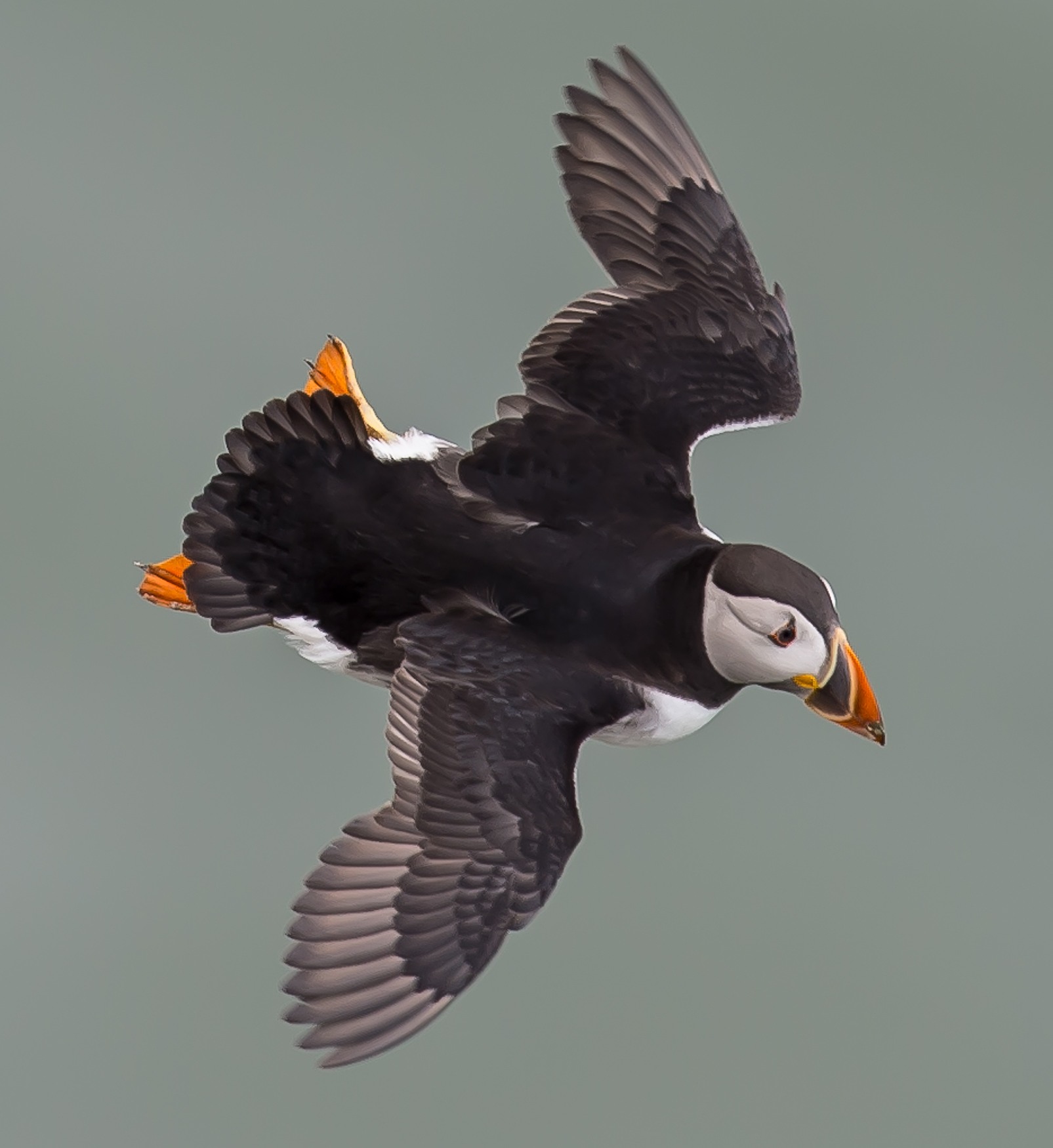 Puffin is easily one of the most popular subjects among bird photographers and many images of the species are uploaded to our Iris Galleries, so it is difficult to take a photo that really stands out from the rest.

Bempton Cliffs RSPB is also one of the most popular places, probably only second to the Farne Islands, to photograph them, and it was at that site that John D'Arcy captured this stunning flight shot of this very photogenic bird.

Puffins are fast flyers and although auto focus increases the success chances in this situation, there is still a great deal of skill involved in following the bird through the lens to take this type of image. The plain background will have helped with the AF as the bird hurtles towards its nesting ledges, just starting to 'put the brakes on' as it slows down. A fast shutter speed is essential and John has caught the bird in a beautiful pose with both wings at a perfect angle for his winning shot. 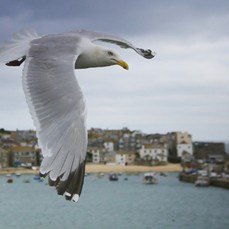 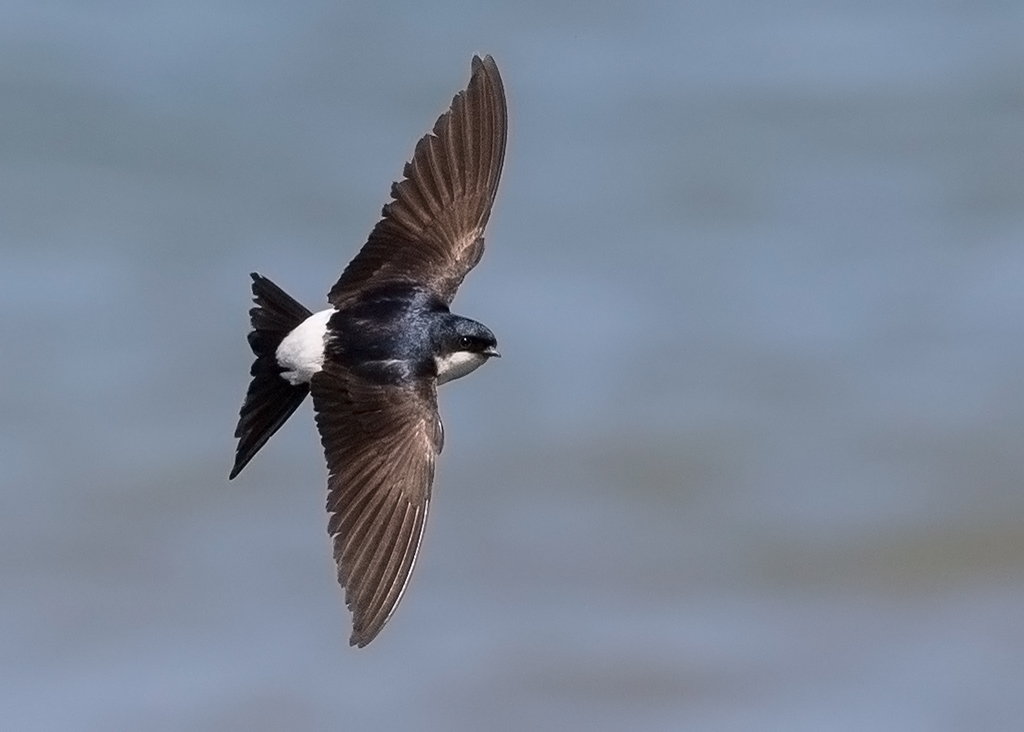 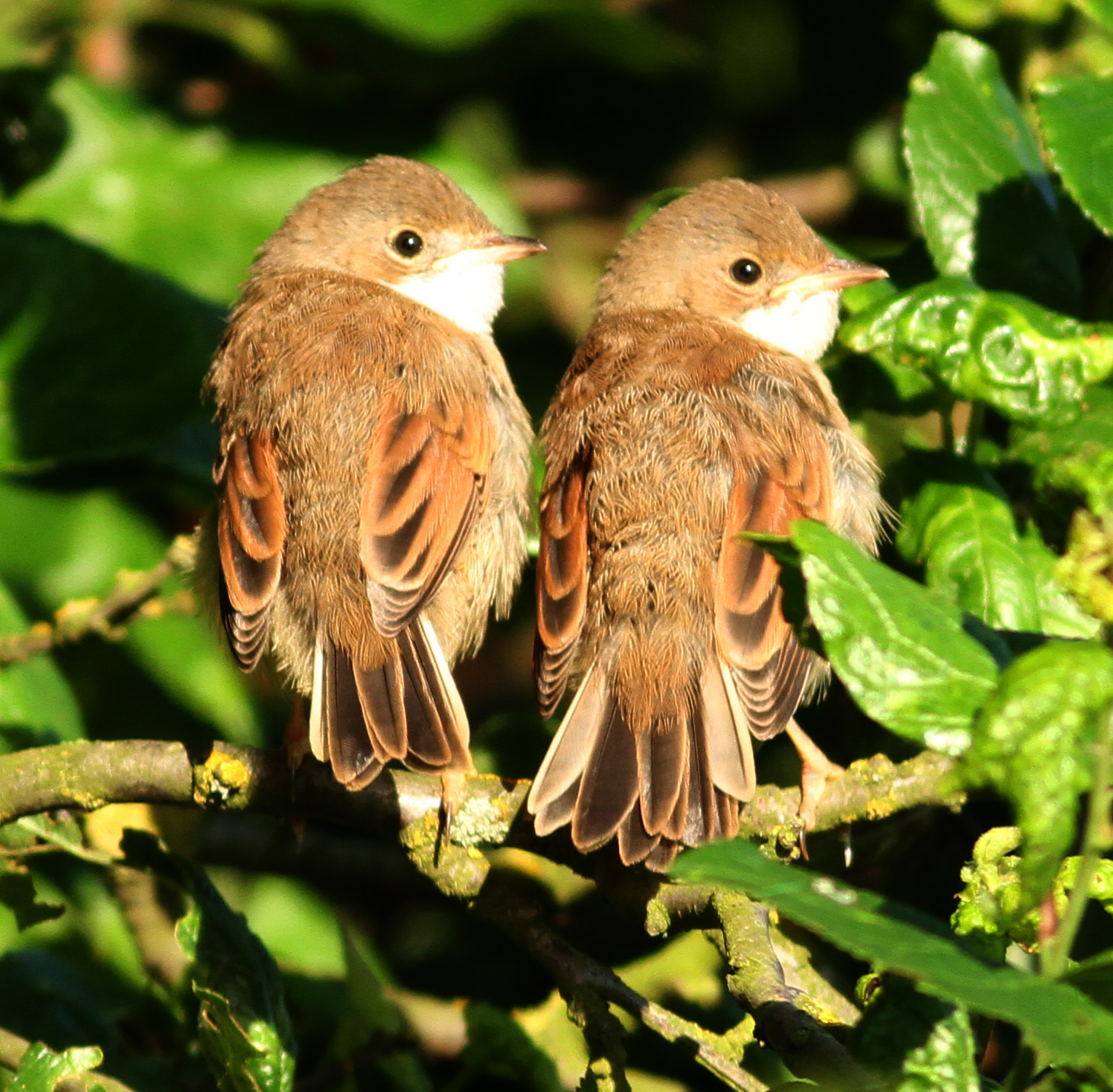 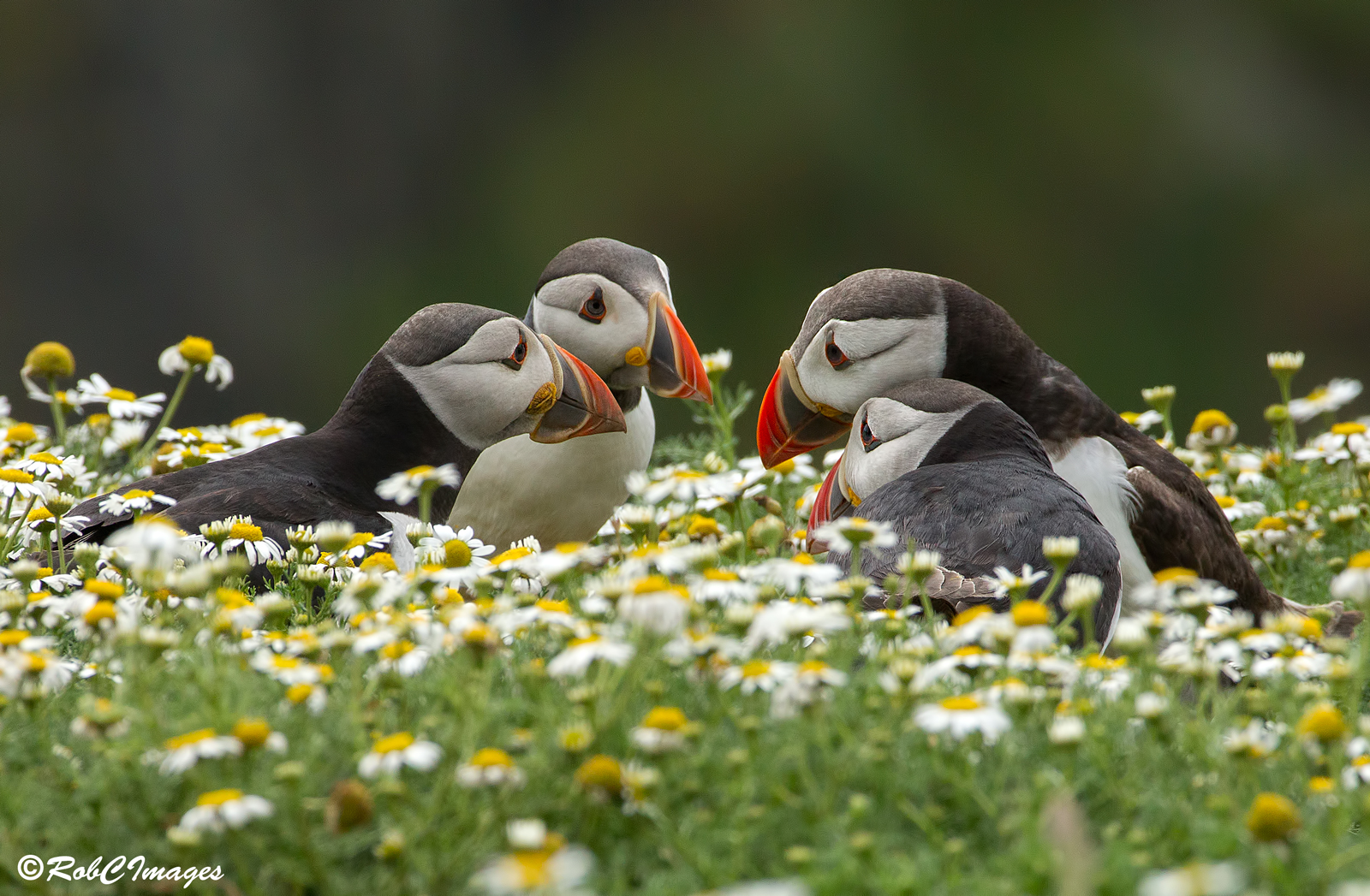 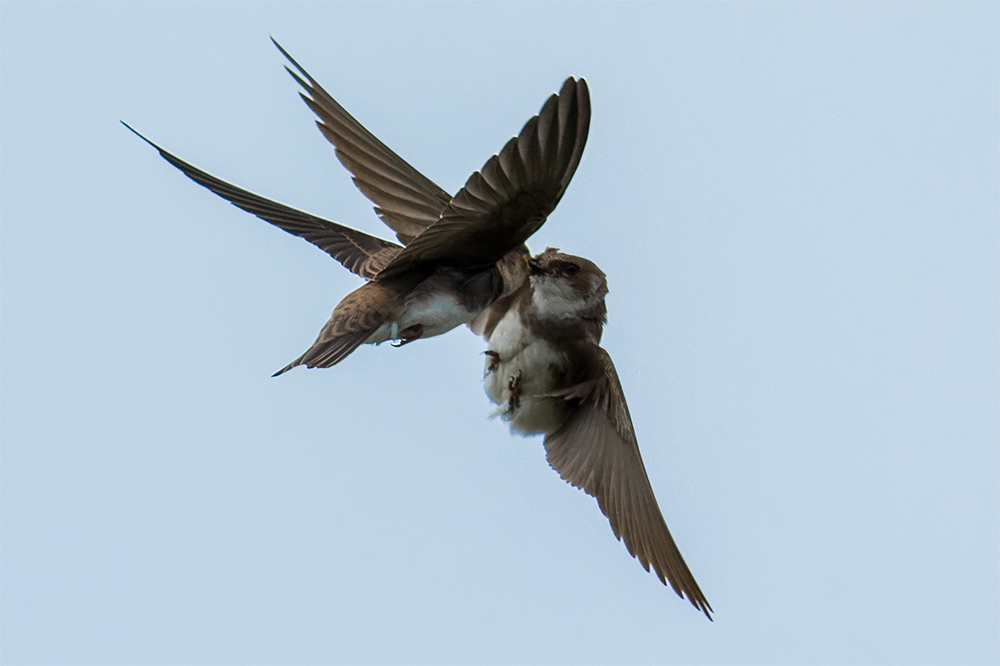 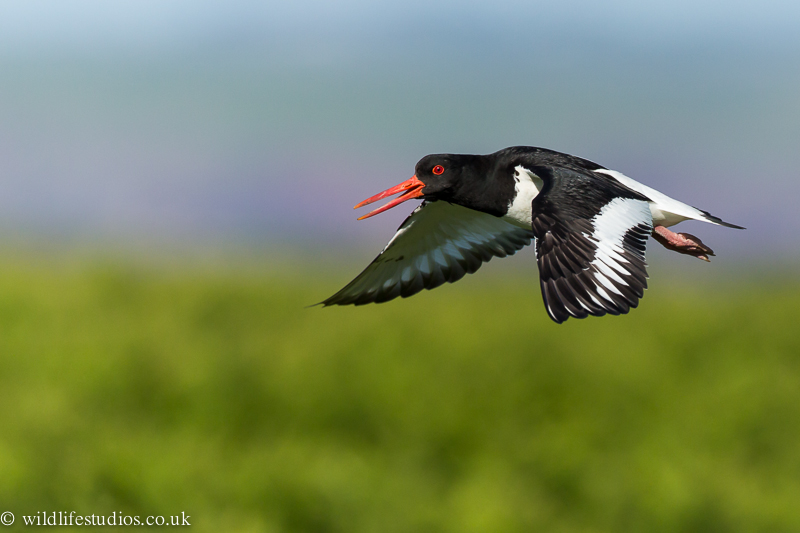 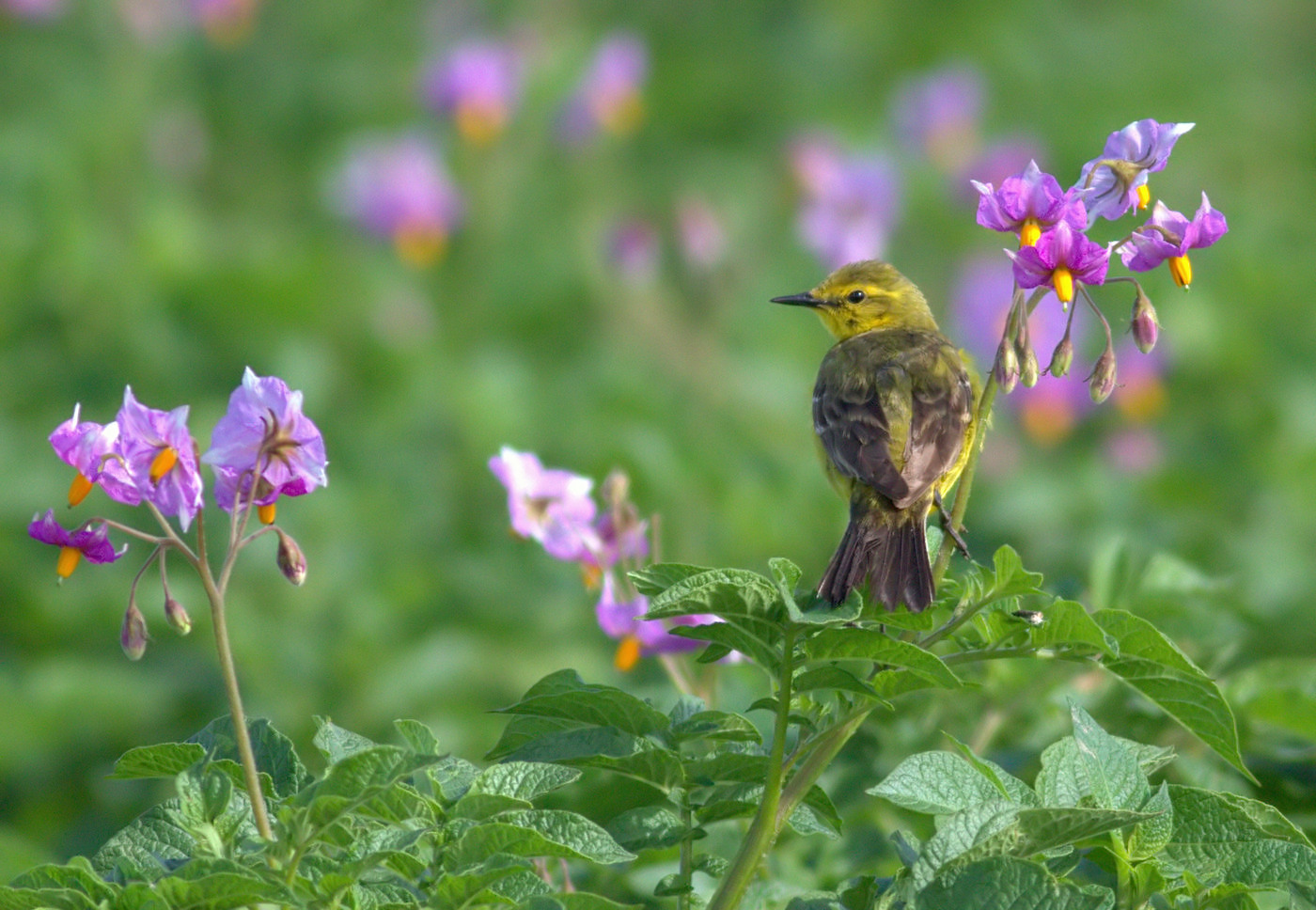 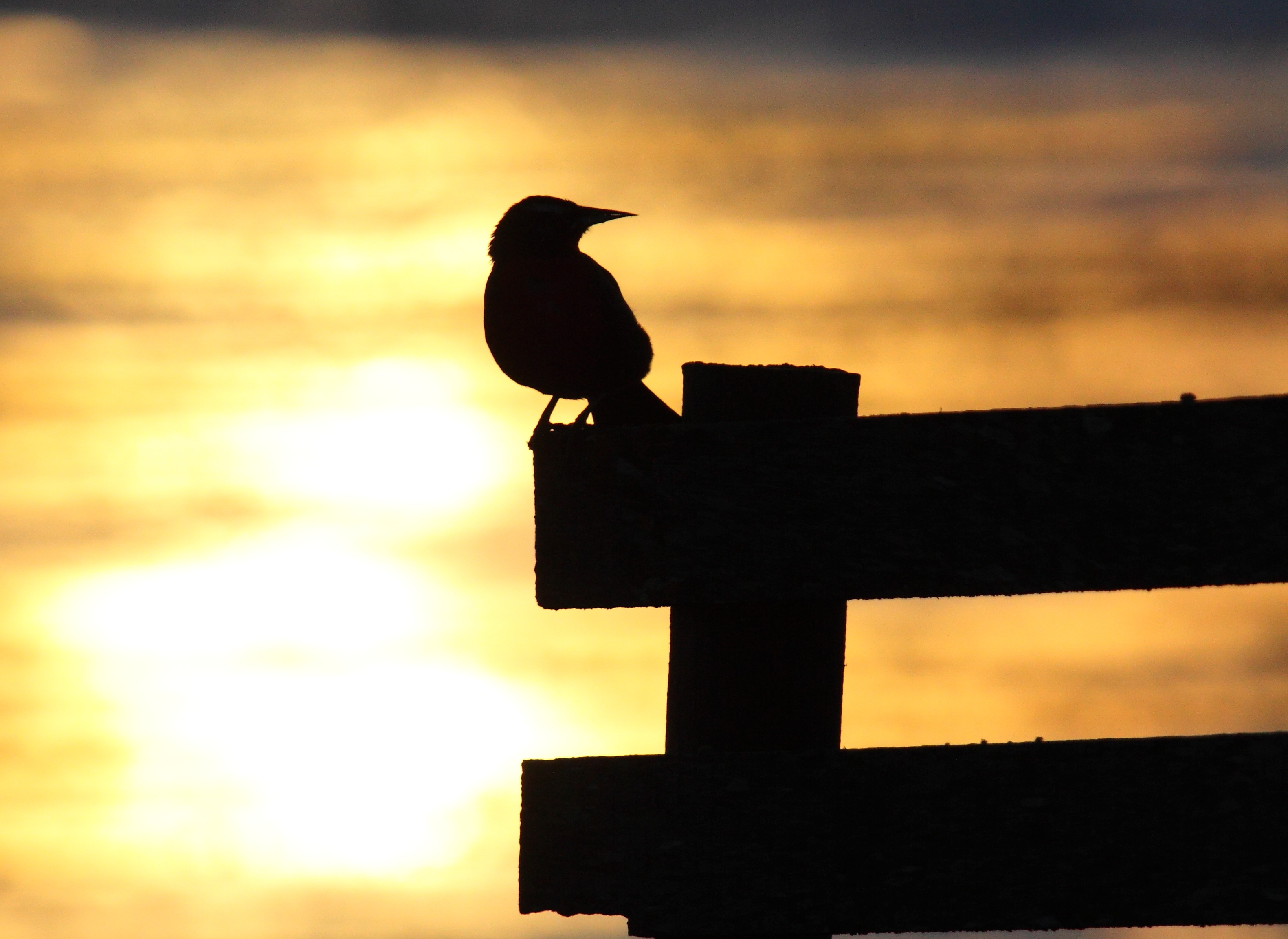 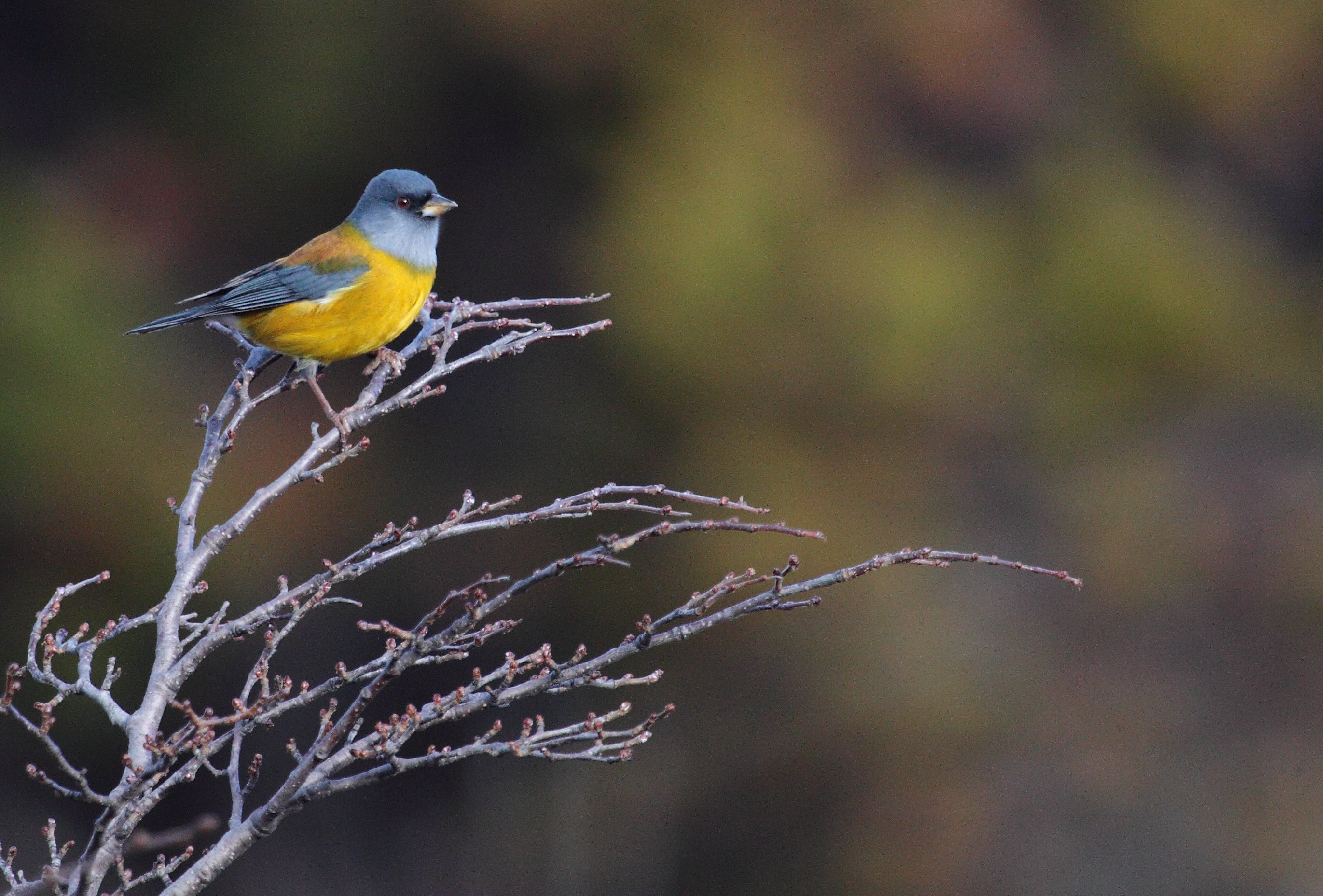 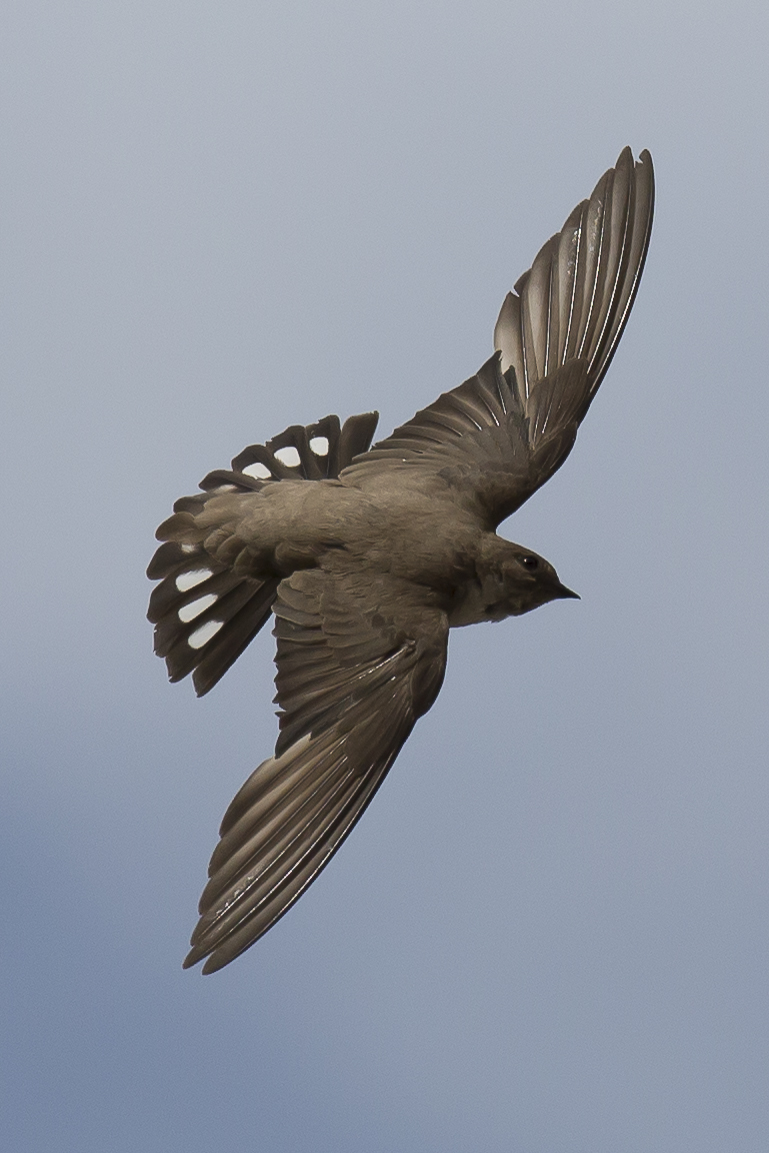 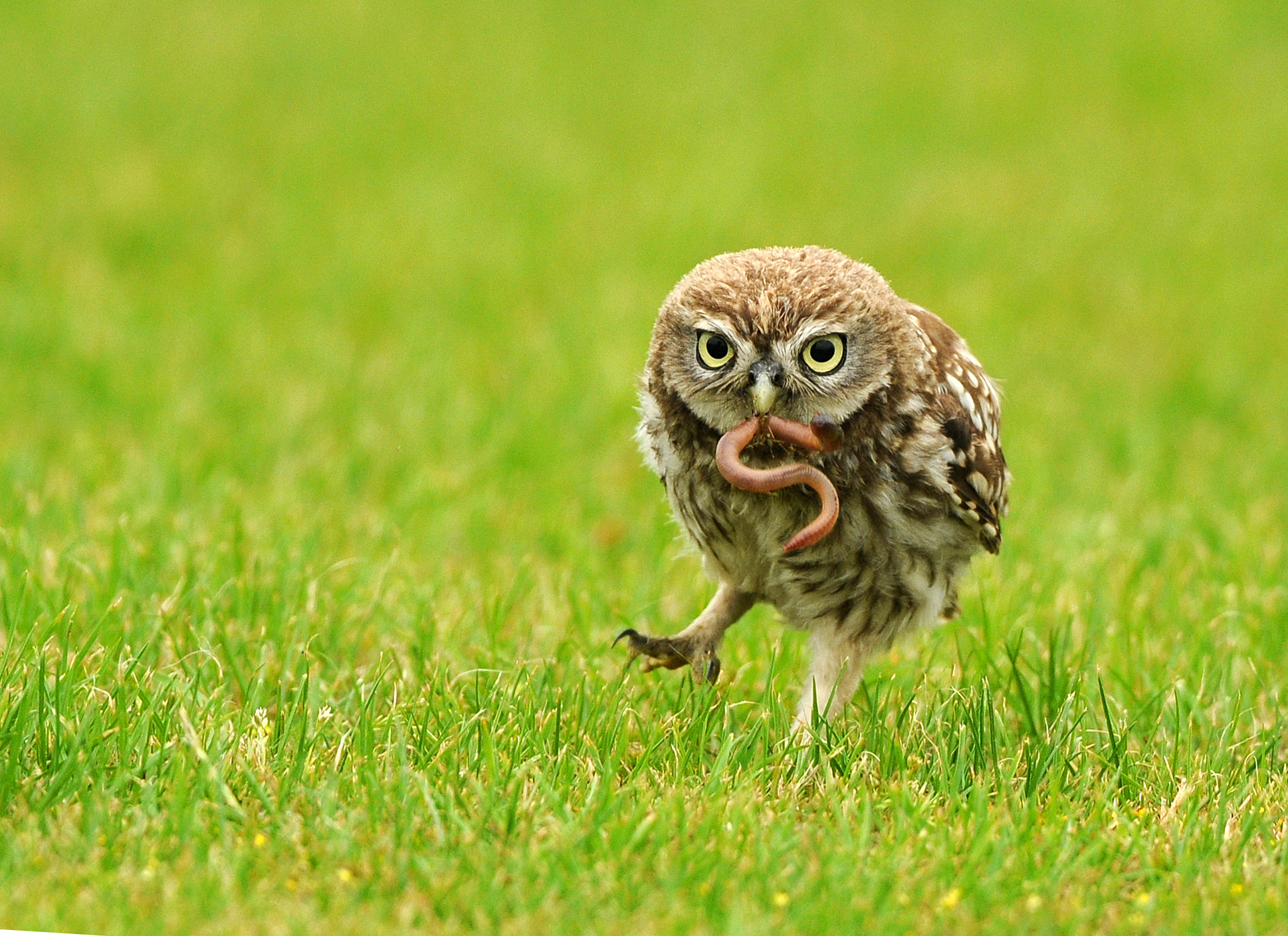 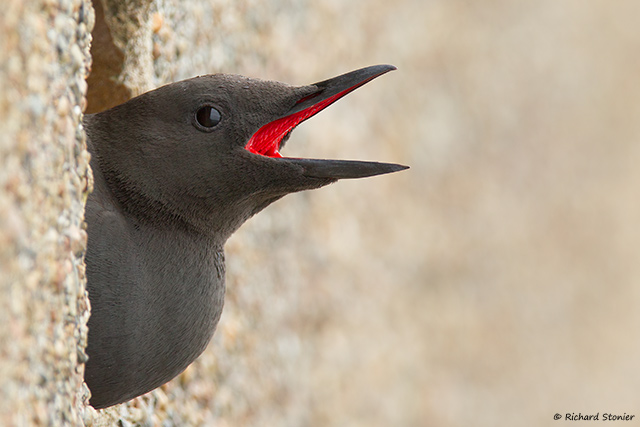