After an unsettled start to the review period the weather calmed down over the weekend; Saturday was perhaps the coldest day the British Isles has experienced so far in this generally mild early winter period. Unfortunately it appears the '#weatherbomb' has done very little to stir things up bird-wise as we endured the quietest week for bird news since early August — for example, very few Iceland or Glaucous Gulls have been reported off the back of the storm.

That said, the week's best find was exactly the sort of bird you'd expect after a bout of such weather: a beautiful juvenile Ivory Gull was discovered in the evocative surroundings of Benbecula, Outer Hebrides, on Saturday 13th. Quite mobile on Saturday, it was seen at both Creagorry and Balivanich and, after a blank for reports on Sunday, was relocated at Loch Fada on Monday, where it seemed quite happy tucking in to the remnants of another dead gull, and then Loch Mor on Tuesday. 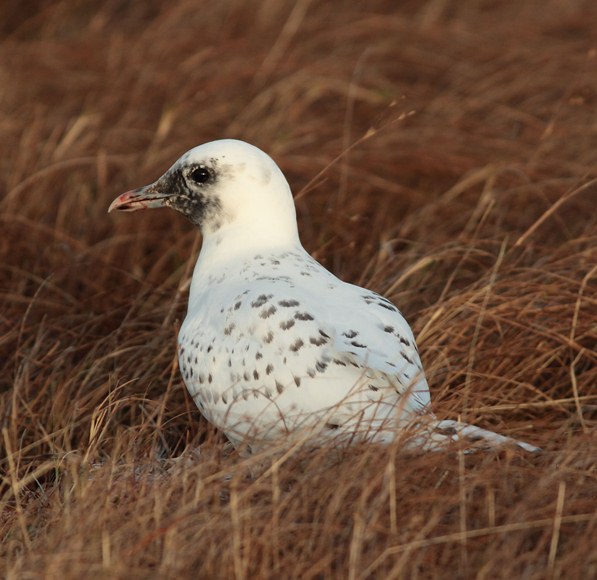 There was a brief report of a Naumann's Thrush at Ballyhooly, Co Cork, on 13th, though this failed to materialise into anything more substantial. Wakefield's Blyth's Pipit was altogether more co-operative and continued to show on rough ground by Calder Park, on the south side of the city, throughout the week — a lucky few were even treated to excellent perched views, though the majority made do with flight views and calls. Also happy to linger on was the Eastern Black Redstart on St Mary's, Scilly, which was still at Shark's Pit on Tuesday. 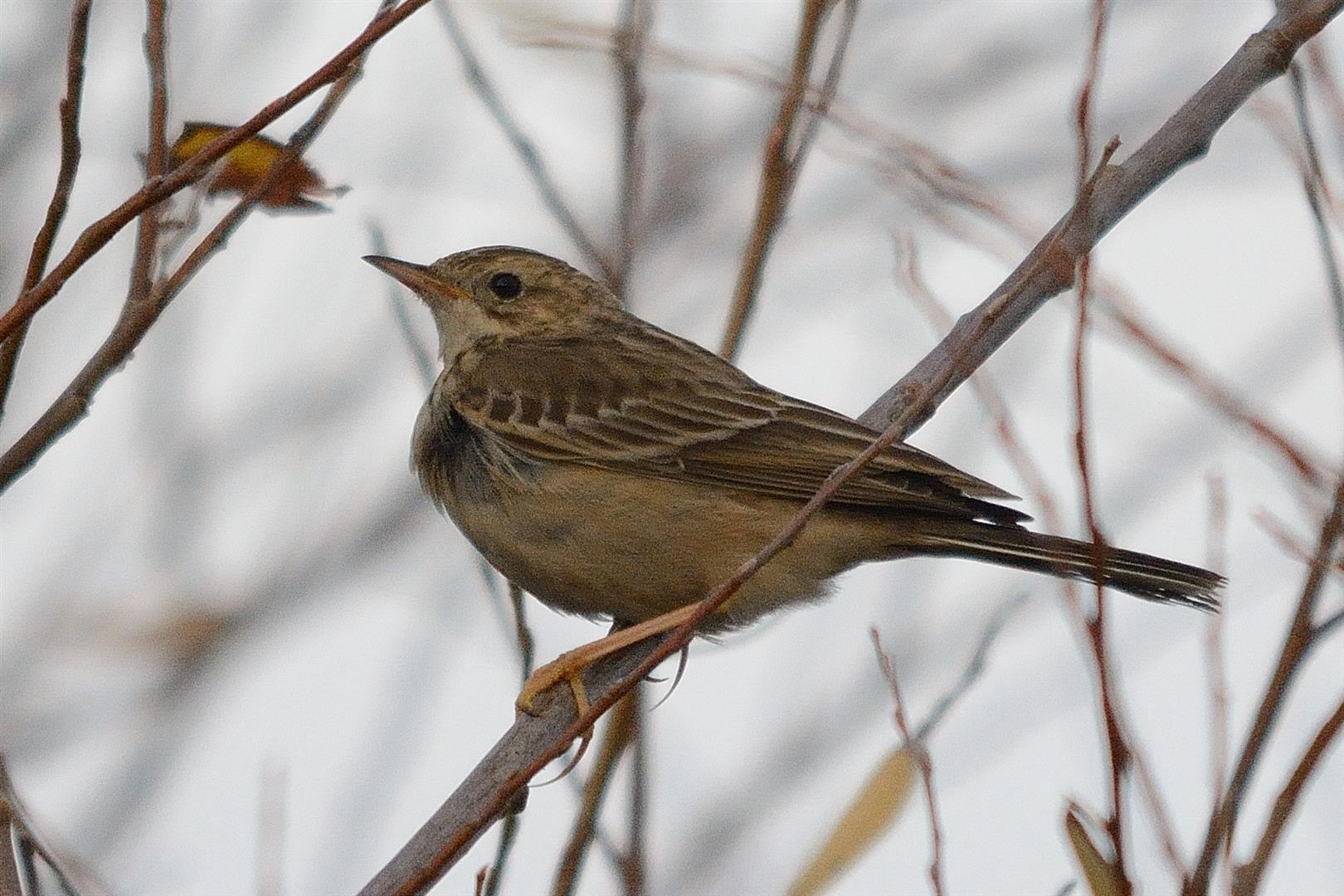 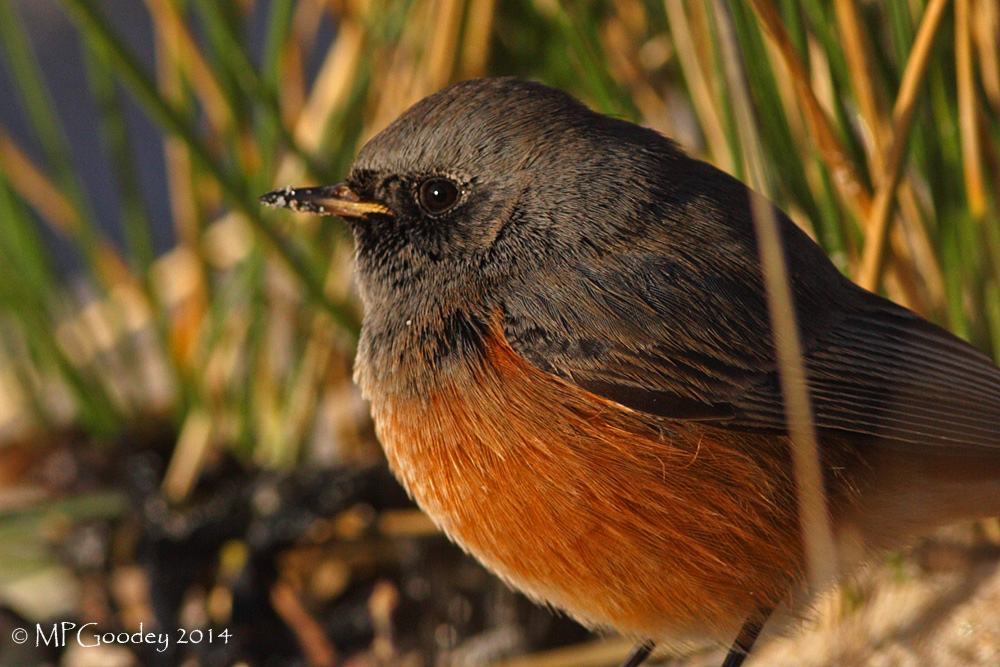 The white-morph Snow Goose toured Norfolk during the week, being seen at Holkham on 11th, Egmere on 12th, Waxham on 13th and Heigham Holmes on 14th. Interestingly, a report of a white morph from Glasson, Lancs, on 14th may suggest the Lancashire and Norfolk birds aren't one and the same after all. The Lesser Canada Goose was still at Wexford Wildfowl Reserve on 14th and a Black Brant was there two days later. Eleven Brants included an extraordinary congregation of five at Deal Hall Marshes, Essex, on 14th. A couple of Trumpeter Swans at Boyton Marshes, Suffolk, attracted a surprising amount of attention from 13th but the chances of them being genuine vagrants seems highly unlikely; indeed, a pair from Lincolnshire have apparently been missing since October... 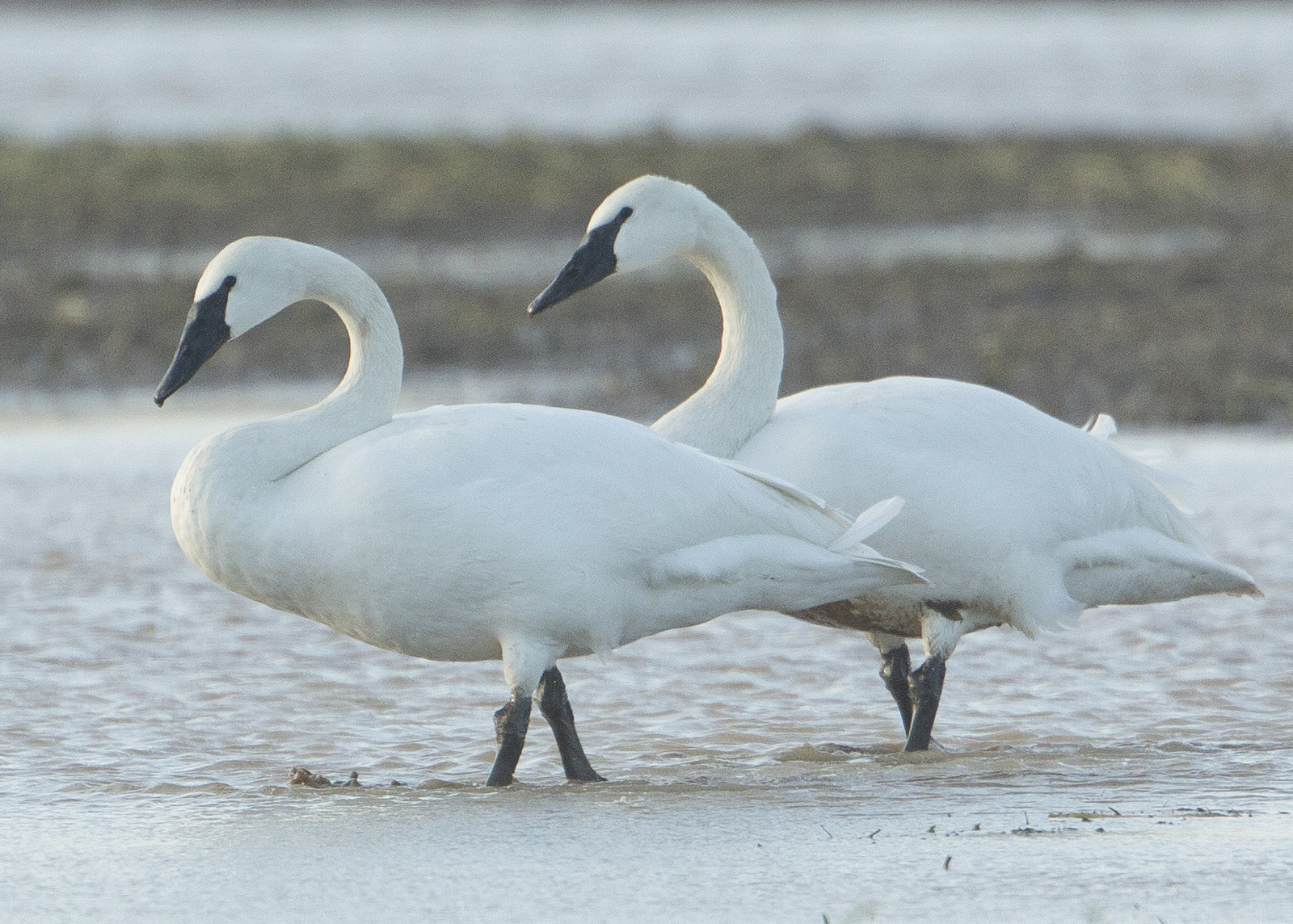 Drake American Wigeon were new at Yelland, Devon, from 12th, Meikle Loch, Aberdeenshire, from 13th and Harper's Island, Co Cork, on 14th, the two females were still on the Gannel Estuary, Cornwall, and a drake lingered in Cloddach Quarry, Moray/Nairn. Bizarrely just three Green-winged Teal were noted this week, all in Scotland: at Caerlaverock, Dumfries & Galloway; Banton Loch, Clyde; and Loch Sandary, North Uist. The two drake Ring-necked Ducks at Lough Leane, Co Kerry, had been joined by a female by 16th, and the returning drake was again at Carrowmore Lake, Co Mayo, on 15th. Others remained at Loughrea, Co Galway; Kinnegar Pools, Co Down; and Loch a'Phuill, Tiree, Argyll. New drake Lesser Scaup were found at Trabboch Loch, Ayrshire, from 15th and at Linlithgow Loch, Lothian, on 16th, in addition to the long-stayer in Cardiff Bay, Glamorgan. Also new was a Ferruginous Duck at Carr Vale, Derbyshire, on 13th; the Hampshire bird was still at Blashford Lakes on 10th. 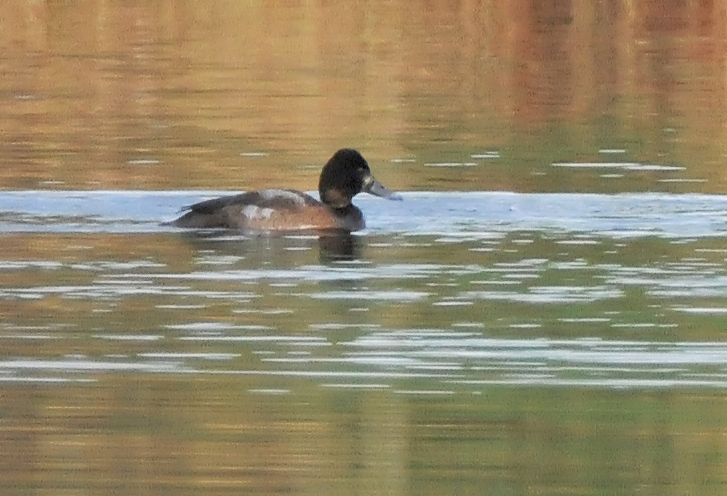 The Pacific Diver resurfaced in Mount's Bay, Cornwall, on 16th when it was seen off Marazion. Far to the north, the American Coot remained at Balranald, North Uist. A monstrous nine Surf Scoters had again congregated off Old Colwyn, Conwy, by 16th and single drakes remained on the Stour Estuary, Suffolk/Essex, and off Musselburgh, Lothian.

A minimum of 18 Rough-legged Buzzards were reported during the week, with Norfolk boasting four; Essex and Cambridgeshire both hosted two, and other counties registering birds were East Sussex, Hertfordshire, Lincolnshire, South and East Yorkshire, Cleveland, Durham, Dumfries & Galloway and Aberdeenshire.

Two Cattle Egrets remained at Dungeness, Kent, throughout; the Cheshire bird relocated from Burton Mere to Frodsham Marsh on 13th, where it remained until the end of the week. A Purple Heron was belatedly reported from Ham Wall, Somerset, on 10th; several Great White Egrets remained on the Somerset Levels and at Dungeness and three were at Lakenheath Fen, Suffolk. The only Glossy Ibis report concerned the bird still at Tramore, Co Waterford. 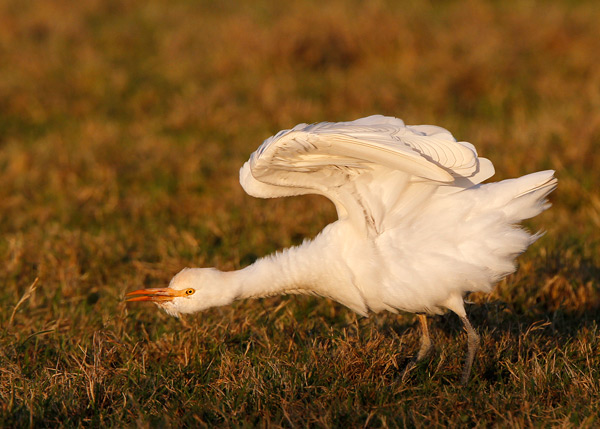 The Lesser Yellowlegs at Rogerstown Estuary, Co Dublin, was reported for the first time in exactly a month on 16th; also still present was the Spotted Sandpiper at Inverallochy, Aberdeenshire. Devon's Bonaparte's Gull continued to commute between Dawlish Warren and Teignmouth, while the Forster's Tern was still around Galway City. 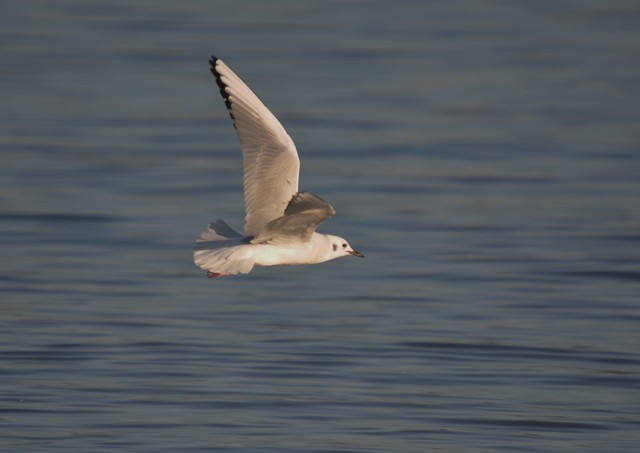 An apparent adult Ring-billed Gull at Chasewater, Staffs, on 13th may or may not be the returning hybrid Ring-billed × Lesser Black-backed Gull that has been seen again at nearby Belvide Reservoir this week. More straightforward were records from Counties Cork (2), Waterford, Wicklow and Dublin, as well as the usual adults in Gosport, Hants, and Dingwall, Highland. A further adult was reported from Paisley, Clyde, on 16th. As mentioned previously, Iceland and Glaucous Gull numbers remain low; the former barely reached 15 and thus two juveniles in the roost at Anglers Country Park, W Yorks, on 14th was significant. Glaucs were similar in number; multiple counts included two juveniles at Reenard Point, Co Kerry, on 14th. 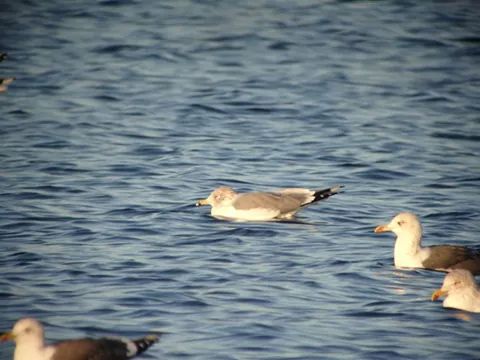 A Hoopoe was reported from Owston, Leics, on Sunday 14th, while a widespread selection of Richard's Pipits included birds still at Stolford, Somerset; Redcliff Point, Dorset; and Horse Eye Level, East Sussex. Another was again at Breydon Water, Norfolk, on 14th and a fifth was reported from Mount Tabor, West Yorkshire, on 13th. The Barred Warbler continued to gorge on apples in the observatory garden at Portland Bill, Dorset, all week, and the Reed Warbler was still occupying its favoured traffic island in Leyton, London, to 16th at least; the Whitethroat was also there to 15th. In Devon, Yellow-browed Warblers were at Hallsands, Broadsands and Beesands Ley, and a fourth was on St Mary's, Scilly. 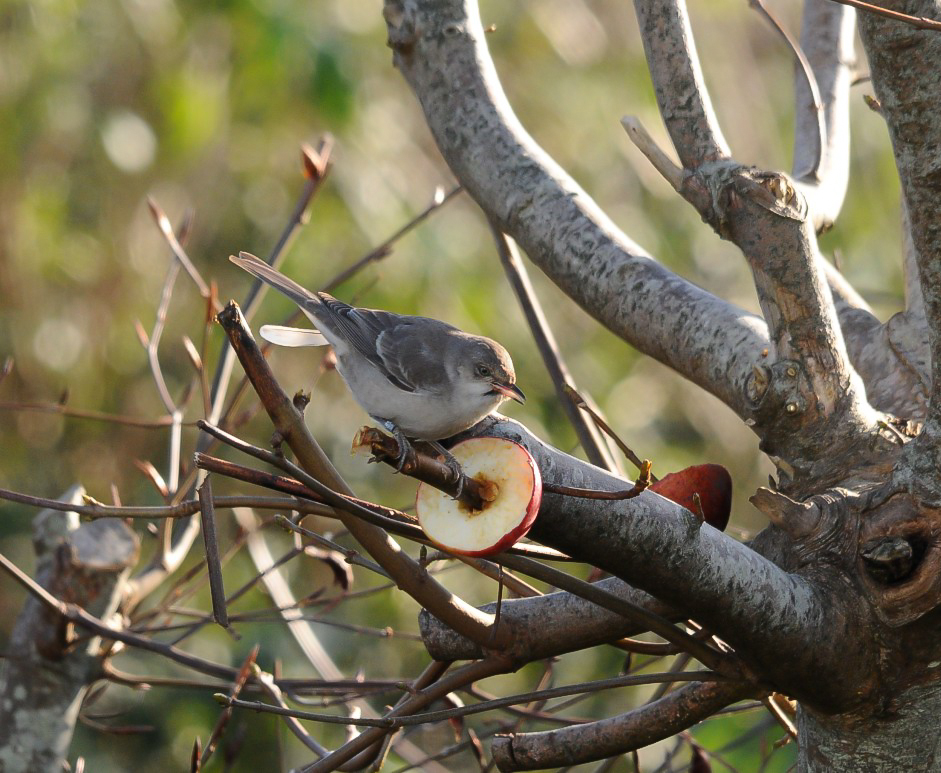 The three Penduline Tits remained around Topsham, Devon, though they were mobile and their appearances intermittent: birds were seen at Dart's Farm, Countess Wear and Bowling Green Marsh throughout the week. Another was in the county at Lannacombe on the Kingsbridge Estuary on 13th. Great Grey Shrikes numbered around 20 and included one as far north as Fetteresso Forest, Aberdeenshire, on 11th. 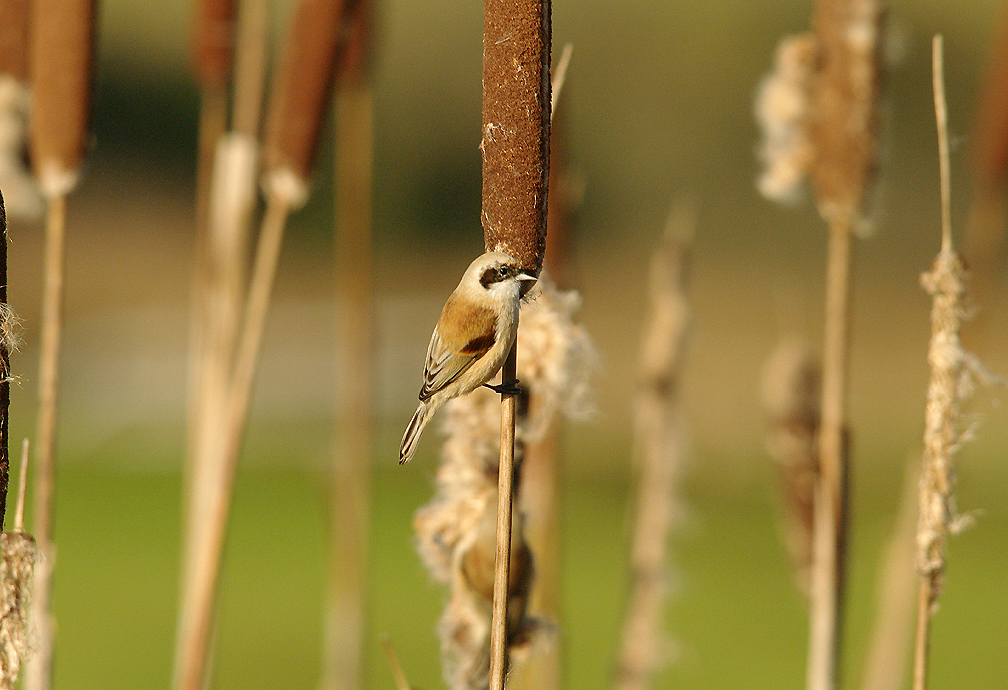 A fine selection of rarities were on offer for mid-December, with Israel's first Ashy Drongo relocated in the Hefer Valley at Gan Shmuel on 13th and still there on 15th at least. Another national first, this time for Spain, came in the form of a Pygmy Cormorant at Aiguamolls de l'Empordà, Catalonia, from 13th. The Grey-headed Gull continued to visit the gull roost at Bisceglie on the Puglia coastline of Italy during the week, though it is often difficult to pick out among the hordes of Black-headed Gulls here. An interesting bunting near Graz, Austria, was initially touted as a Pallas's Reed but has since been confirmed as an apparently leucistic Reed — a selection of photos can be found here.

Finland's tenth Black-throated Accentor was discovered on the island of Hailuoto on 12th and remained until the end of the week — it seems this species is more or less annual in Scandinavia these days and a British record is surely imminent. A meena Oriental Turtle Dove was photographed in a garden in Zoutelande, Netherlands, on 14th but there have been no reports since. Germany's Black-faced Bunting remained on Heligoland throughout the week and may well go on to spend the winter here. Also looking set for a stay into next spring are the Hooded Merganser and American White-winged Scoter in the Reykjavík area of Iceland.

Records from the Atlantic islands included a Double-crested Cormorant on Terceira, Azores, and the Short-billed Dowitcher and flock of 15 American Wigeons still on the island. An impressive Aythya flock was found on the east side of Fuerteventura, Canary Islands, consisting of five Lesser Scaup and three Ring-necked Ducks.

Finally, it's well worth mentioning a Turkish mega: a juvenile Glaucous Gull on the Black Sea coast at Rize from 13th was the first national record since 1874 — yes, 140 years ago! 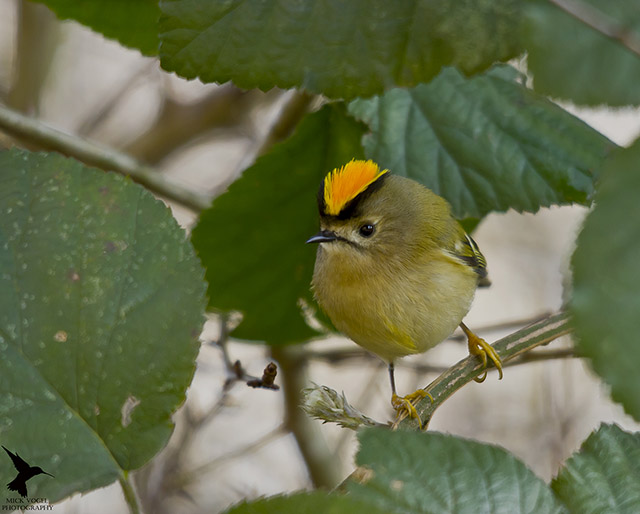 Unless you happen upon an autumn fall day on the east coast, anyone who has ever tried to photograph a Goldcrest will know how difficult they can be: constantly flitting around the branches, usually obscured, and just as you have one in the viewfinder...gone!

Mick Vogel has not only managed a lovely close-up of a Goldcrest but has also caught this individual with flared crown feathers to provide us with a stunning image. Being at eye-level with the bird rather than looking up or down has also helped the shot and the foliage frames the bird perfectly with no distracting branches in the way. Taken at 1/125th second the photographer has done incredibly well to freeze the action.

Congratulations Mick on a lovely POTW that shows Goldcrest as it is not often seen. 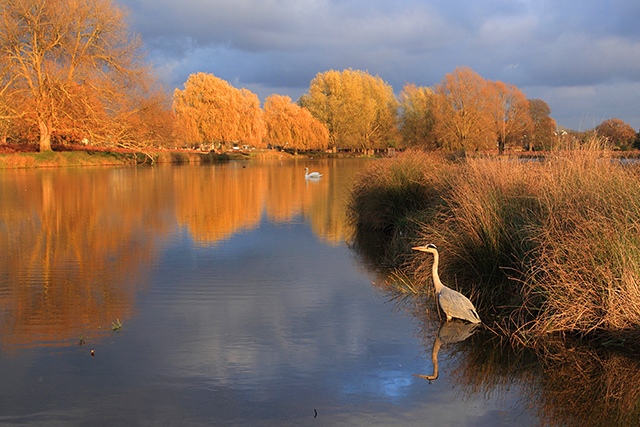 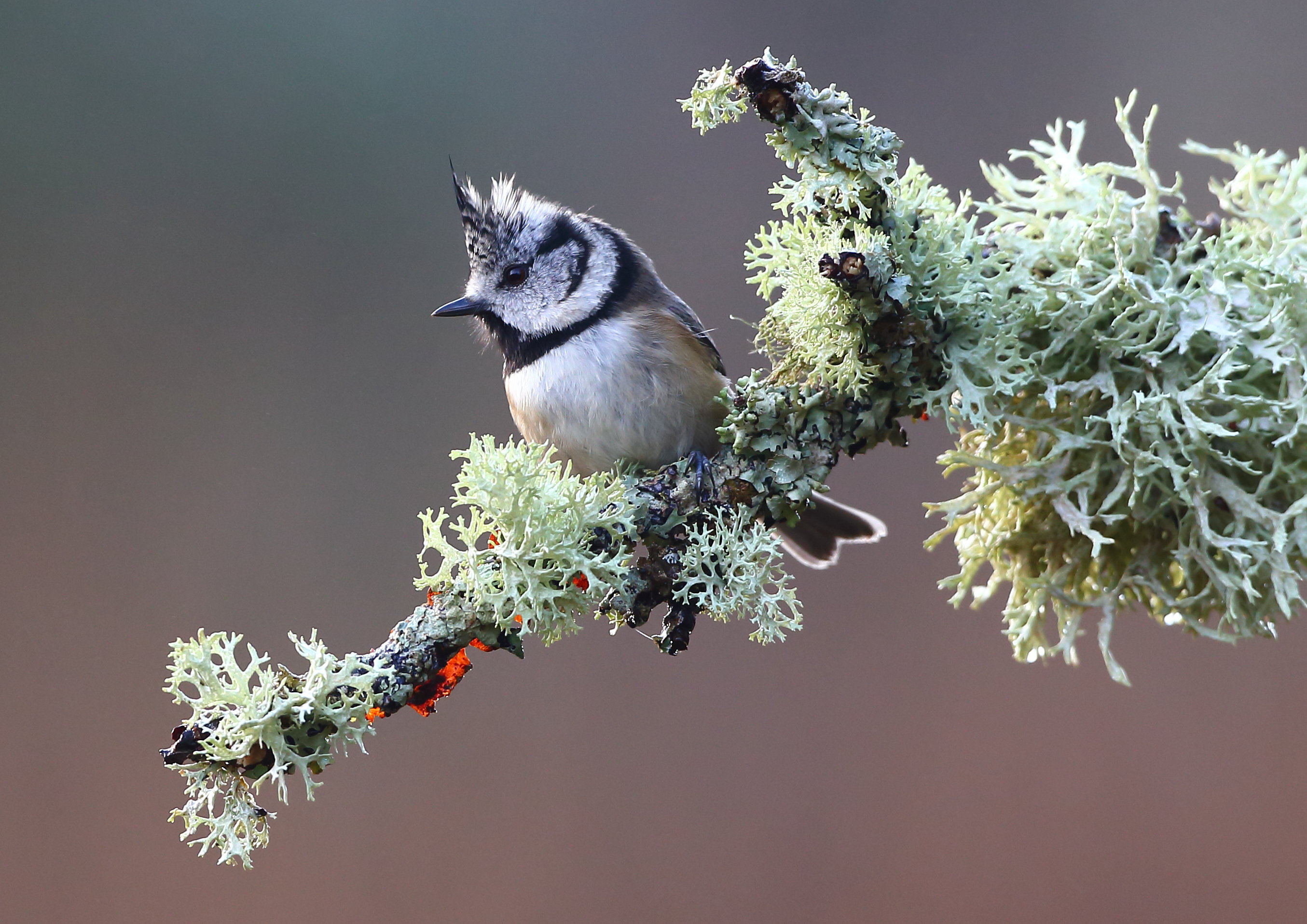 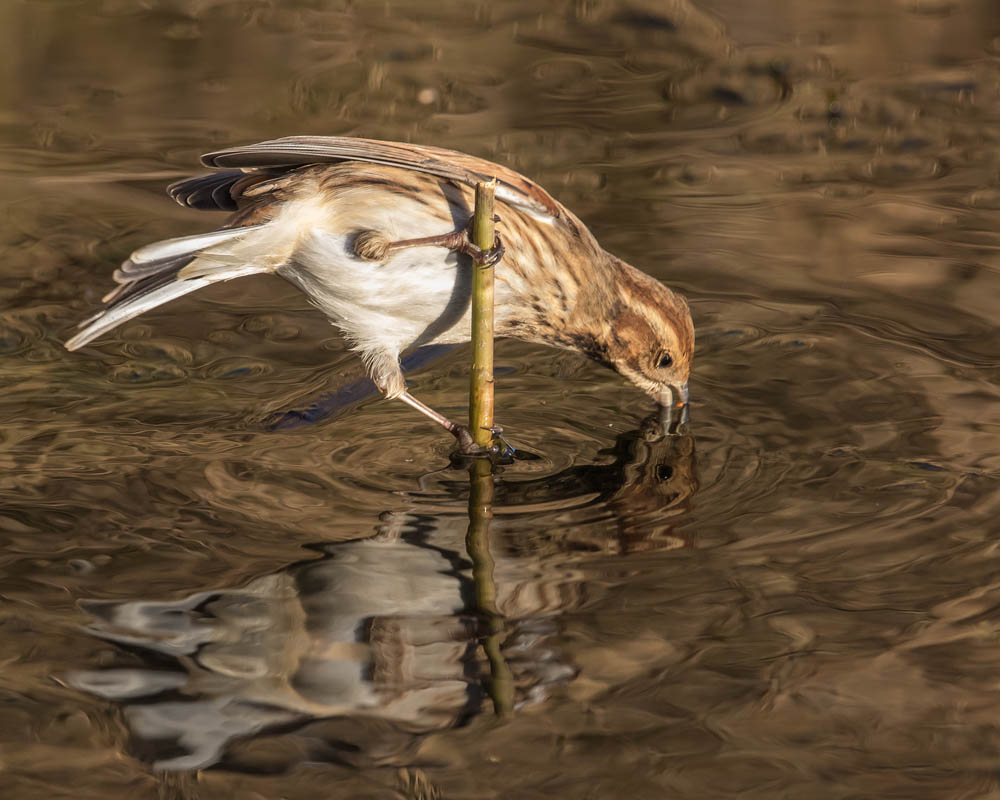 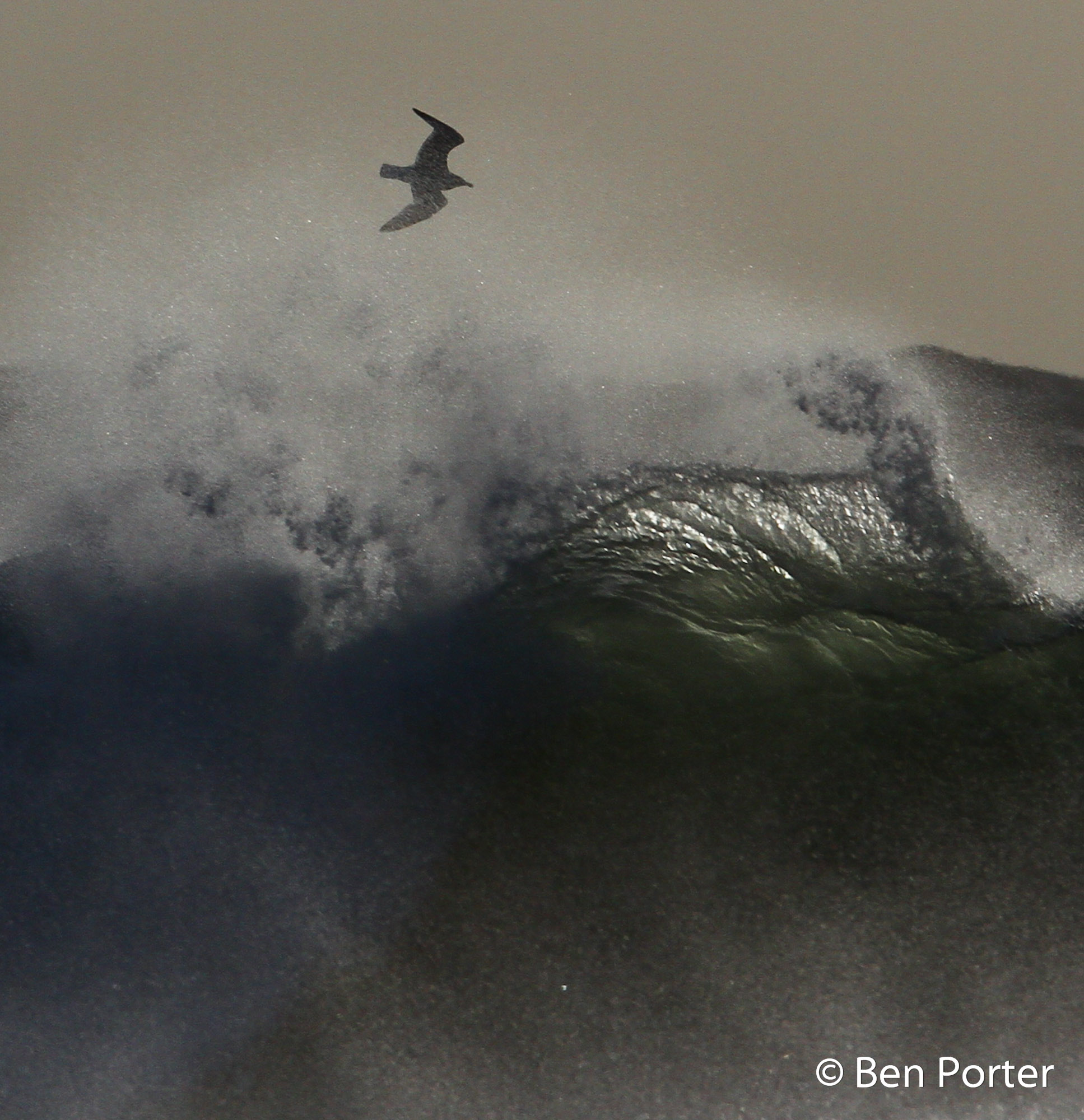 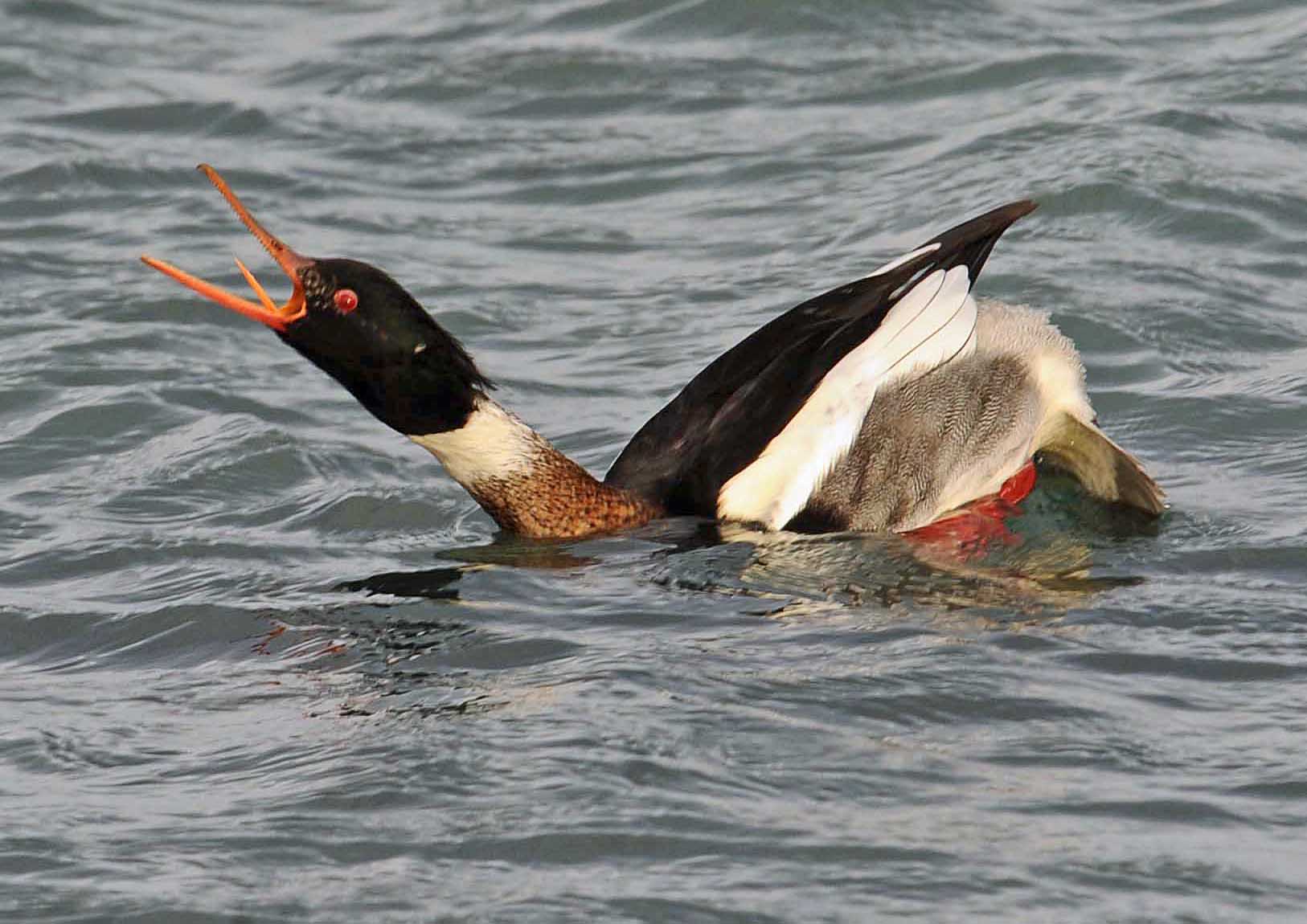 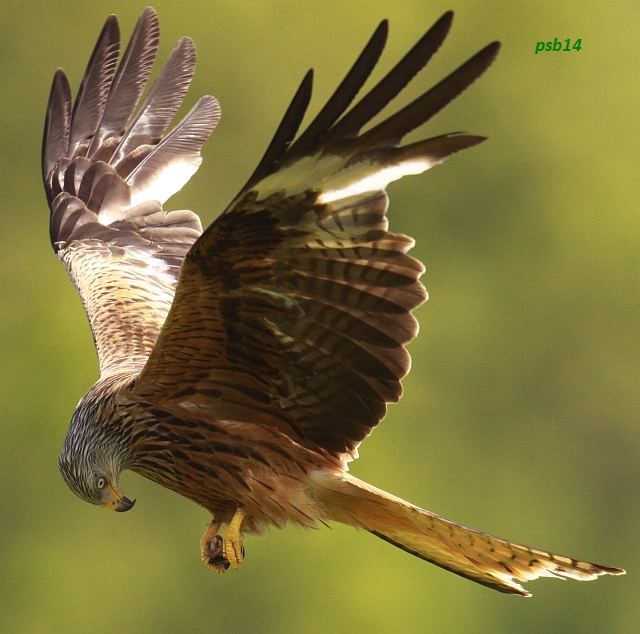 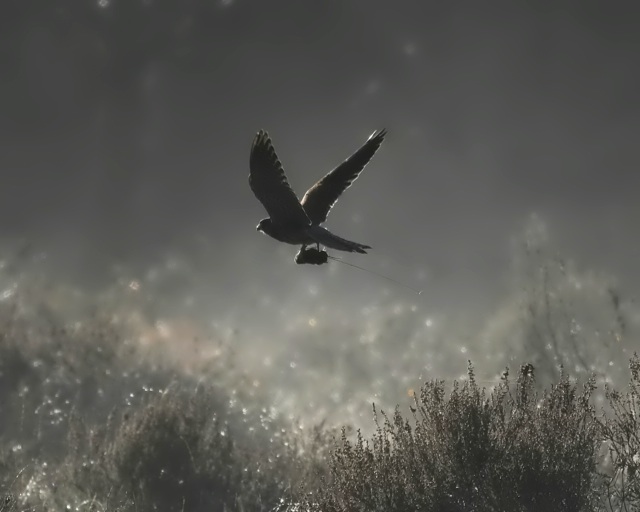 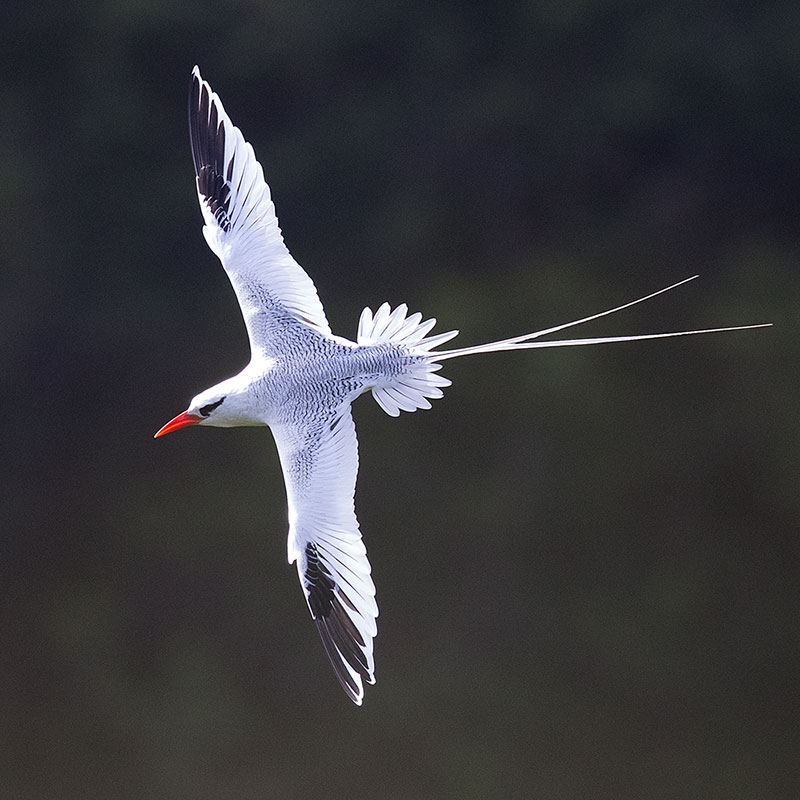 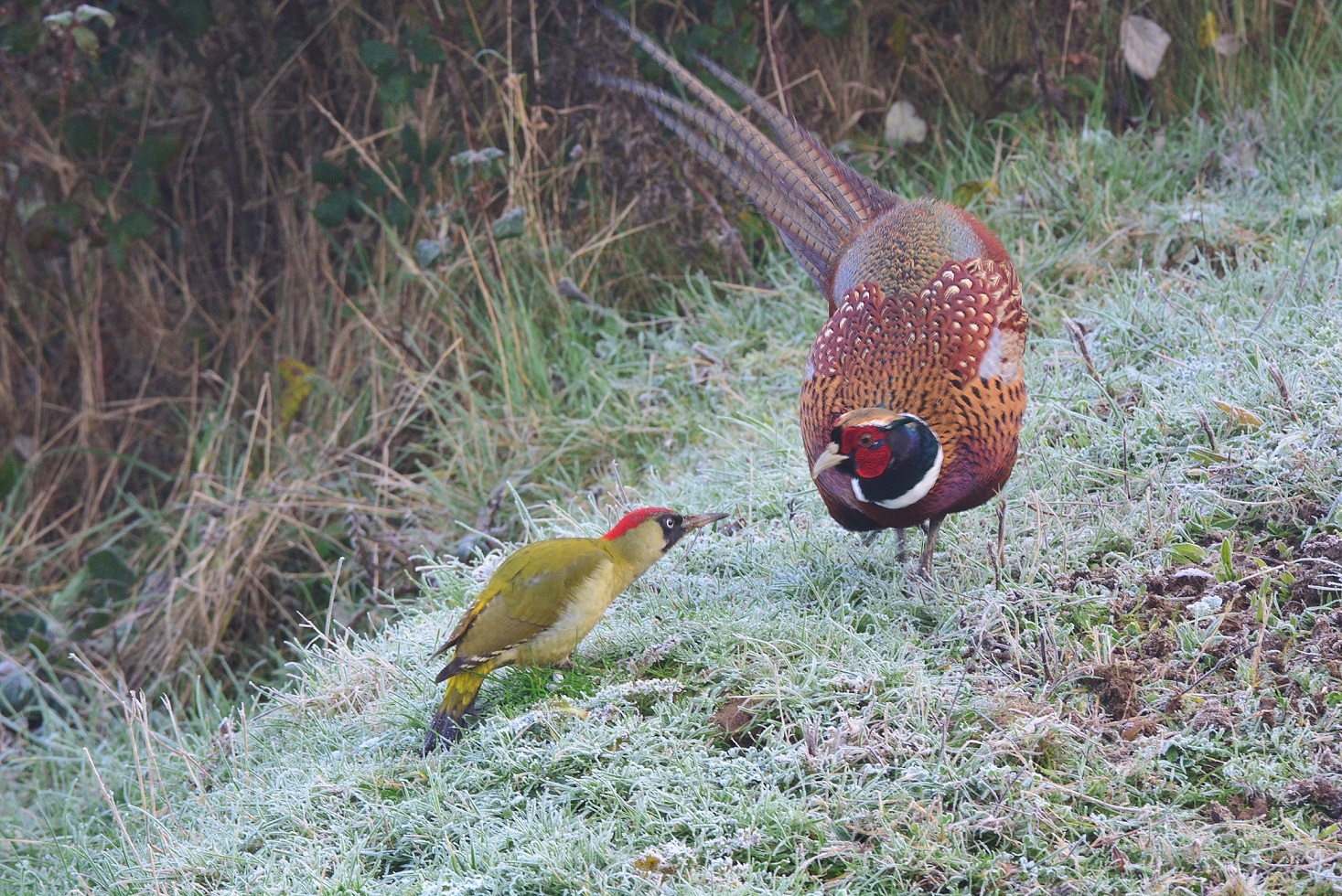 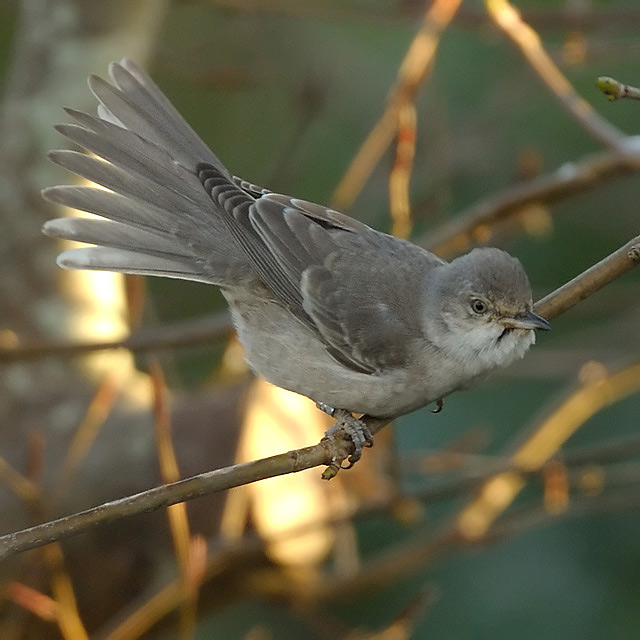 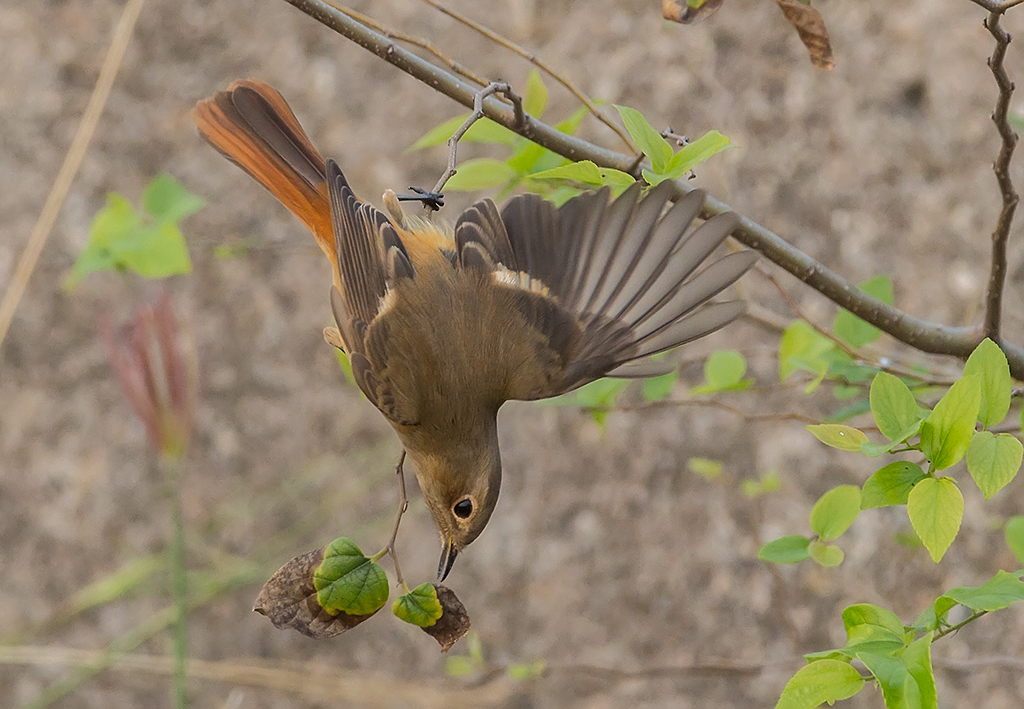