My patches are Stodmarsh and Grove Ferry NNR, which lie in the Stour Valley and cover more than 600 ha. The habitat is diverse which makes birding here special. I spent my childhood in and around the River Stour and the surrounding lakes and it's an area I’ve birded since the 1970s. I very rarely venture further afield. The sites are owned by Natural England and managed by Reserve Manager Steve and the warden, Ben, who have overseen a lot of improvement during the last few years.

Earlier this year, the old hides were taken down and replaced with larger, better placed ones. The reserve has the most extensive reedbeds in south-east England and is home to Western Marsh Harrier and Eurasian Bittern year-round. Reed and Sedge Warblers are common, though numbers are down this year – Bearded Tit has also declined a little recently. I visit the reserve almost daily so get to know where certain species tend to be. 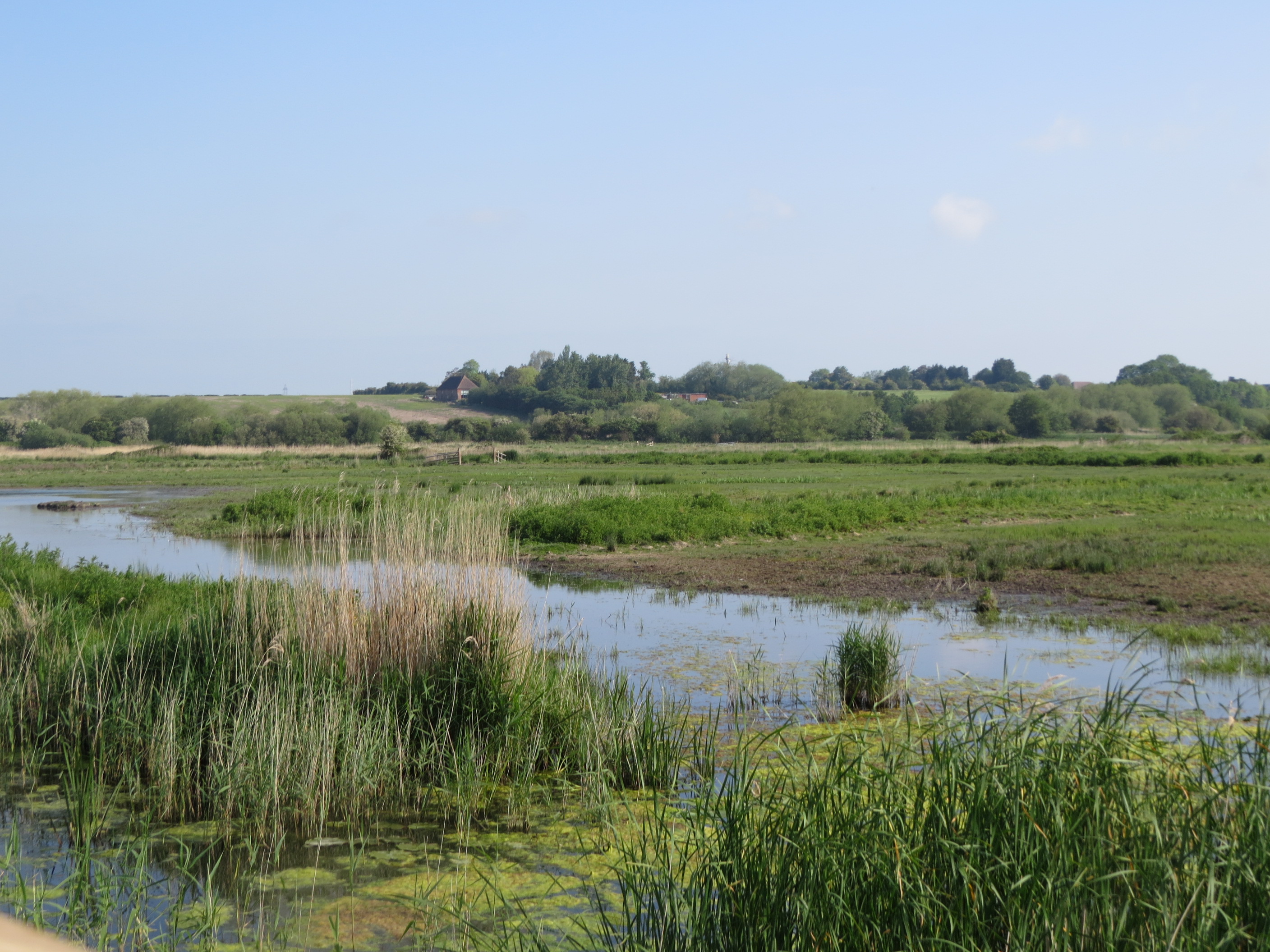 On Wednesday 2 June it was a nice and sunny morning, so I went for a walk around the reserve. I got to Marsh Hide at 9 am. This area is usually good for waders. I had the hide to myself and settled in for a few hours of birding. The area in front of the hide is a mixture of ditches, large pools, grassland, bullrushes and clumps of yellow Flag Iris. Almost immediately I saw what I first thought was a juvenile Northern Lapwing, but on looking through my binoculars I could see that it wasn’t, even though it was very plover-like.

I managed to get a quick snap before it went behind a large clump of iris. A look in my bird guide suggested it was a White-tailed Lapwing! I must admit it took a while for the rarity of this bird to sink in as I was more interested in getting some better shots of it, if and when it decided to show itself again. I am not a serious photographer and only carry a Canon SX50 PowerShot with me to record rarities or anything else unusual. 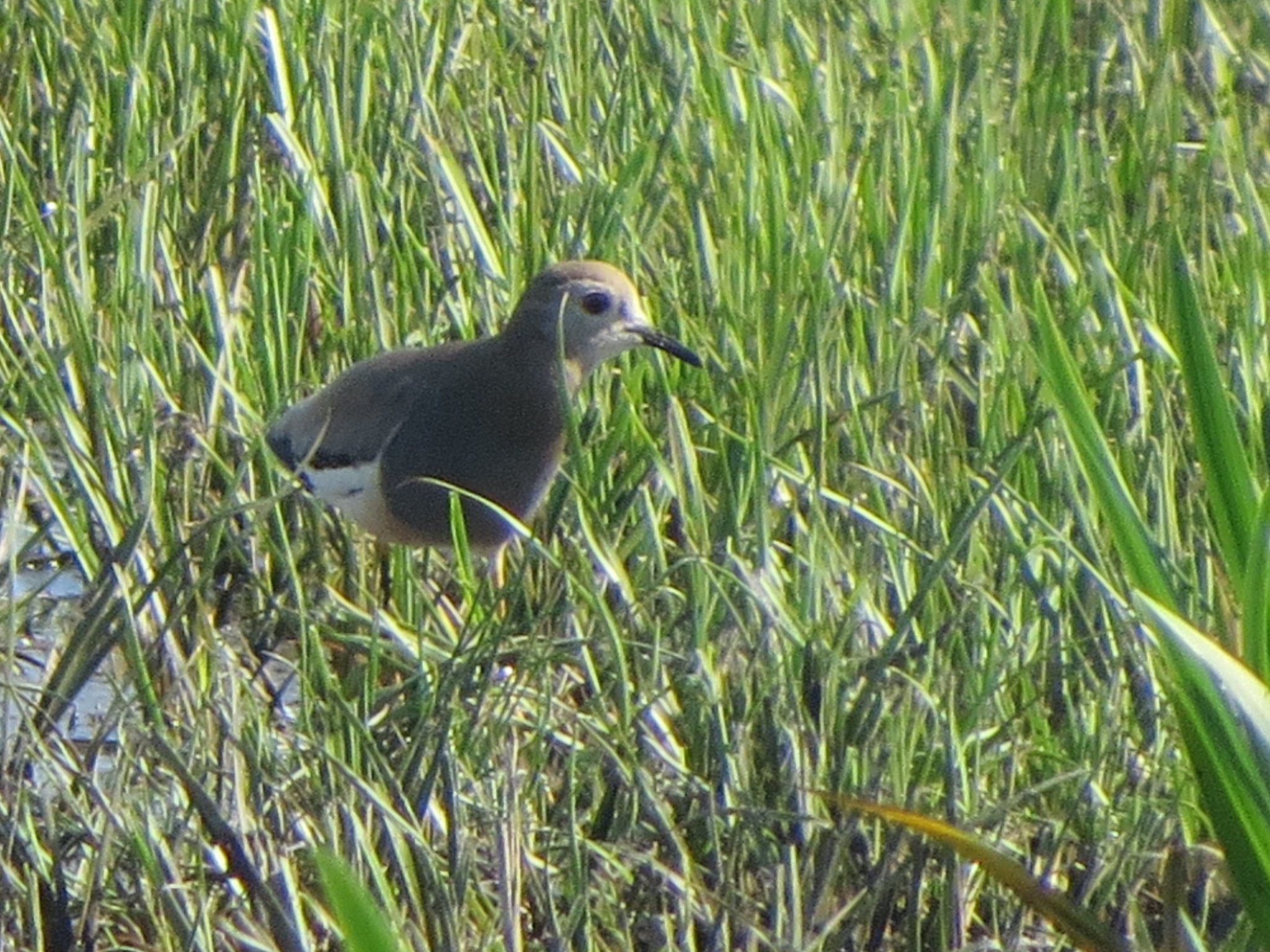 The White-tailed Lapwing was settled until a Northern Lapwing mobbed it, at which point it flew south and out of view (Bryan East).

I was about to call friend and fellow birder Martyn when I realised I had not charged my phone – this meant I could not tell anyone until I got home. Scanning the area in front of the hide, I could see at least three Northern Lapwings sitting on nests. Some 20 minutes later, one of the Northern Lapwings dive bombed the White-tailed Lapwing, which was still among the Flag Irises. It then took flight, with the Northern Lapwing chasing it around the field in front of the hide, until it headed south and away from the reserve until I could no longer see it through my binoculars.

It was not flying very high, which made me think it might come back, so I hung around for an hour hoping it would return. It didn't, but for that brief half-hour it was nice to know I had seen a real rarity and another tick on my life list.

This record marks only the seventh British record of White-tailed Lapwing. The last was in 2010 – a famous, well-twitched bird that toured multiple sites in Lancashire, London, Gloucestershire and Kent during the summer of that year. The previous individual, in 2007, also toured multiple sites, visiting Dumfries & Galloway and Lancashire in June. Prior to these modern-day records, the last occurrence was in 1984 in Shropshire. Perhaps, as in previous cases, the Stodmarsh bird will reappear at other locations in the coming weeks. 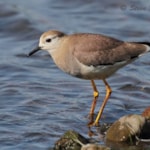