Brisk easterly winds were promised overnight on Friday 20 September, easing a little into the early hours of Saturday 21st, and so it was with anticipation that I headed down to the Kent coast.

I arrived at the White Cliffs of Dover just before 7 am and, three-and-a-half hours into my morning's birding, I happened on a situation that I'd half rehearsed in my head before: coming across a treecreeper at a coastal site in the South-East during peak migration time. My initial views through binoculars revealed a bird with brown-washed flanks, greyish breast sides contrasting with a clean white throat and a long-looking bill. Bizarrely, the bird was clinging to a rusty metal fence right on the cliff-face, the shape of which made it harder to get decent profile photographs showing the entire wing than if it were walking up and down a tree trunk. However, after I watched and photographed the bird at a distance of 15 m, some interesting features started to become clear as I zoomed in on the initial blurry photos, and my heart rate increased. 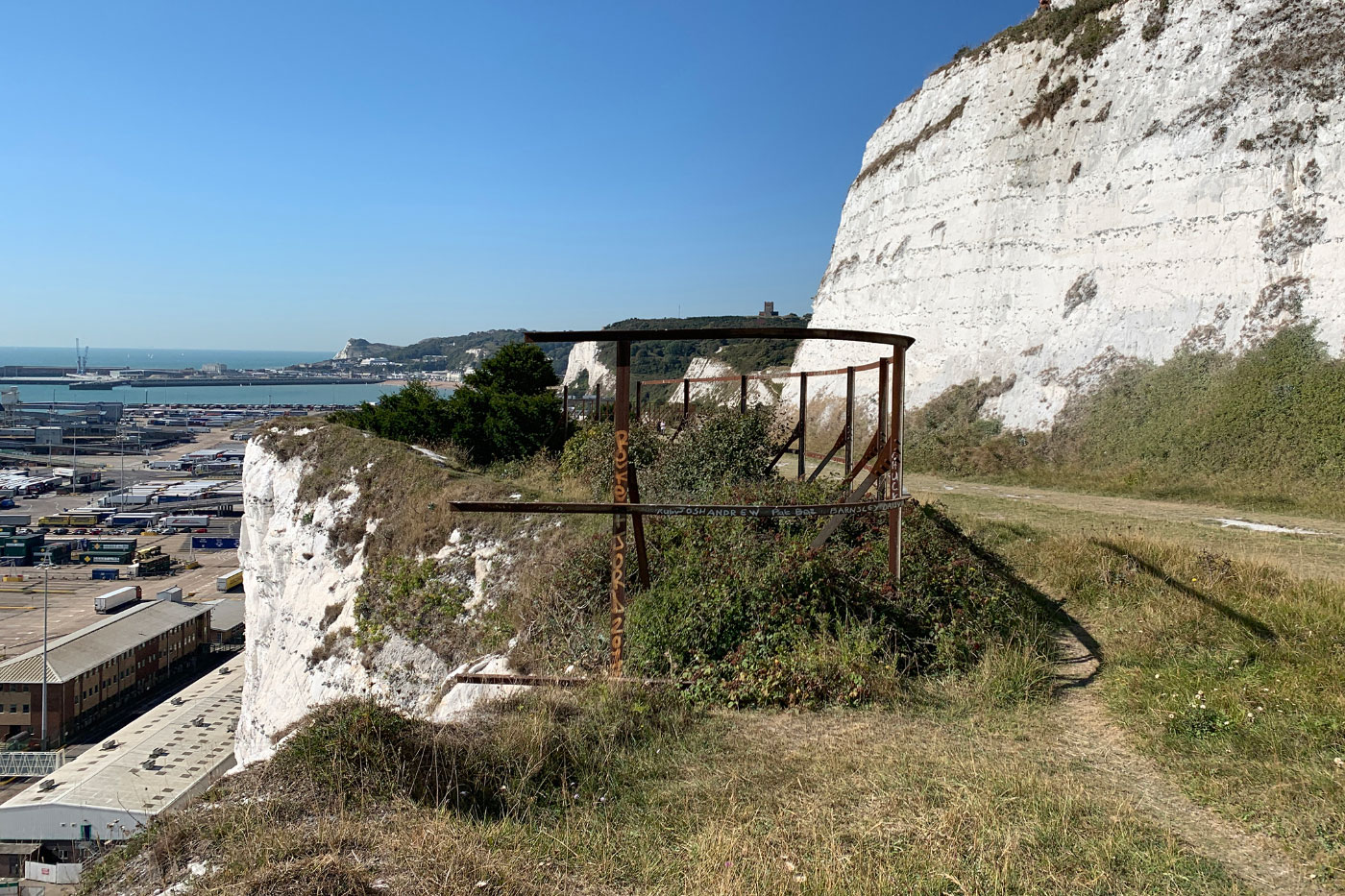 The rusty metal structures favoured by the treecreeper on the undercliff above the Port of Dover (Jamie Partridge).

I could see a white-fringed alula, a gradually stepped primary wing-bar made up of pointed, tipped blocks and separated small white tips to the primaries lacking the diffuse fringe to the inner webs. These features were fairly fresh in my mind from many visits to the near-Continent, in particular a work trip in March this year to The Netherlands, where Short-toed Treecreeper is common – at the time there wasn't much else to look at so I watched and photographed them, re-familiarising myself with the call and song. 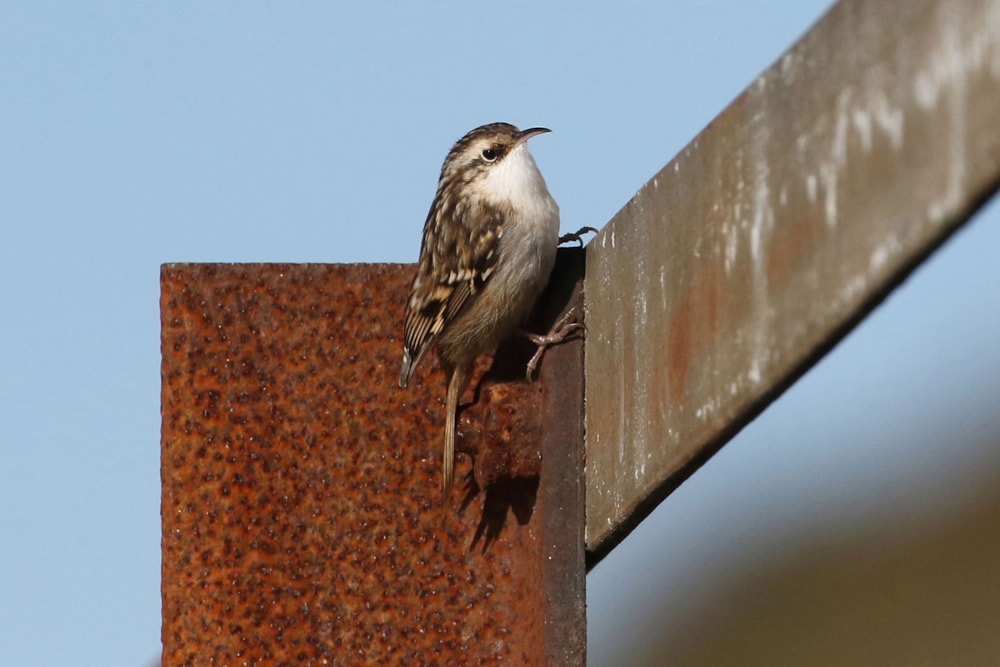 I moved closer and the bird dropped out of sight into a small yew tree. It appeared to be loosely associating with two or three Firecrests which were also interested in the cliff-edge yew's offerings of cover and food. The Firecrests were vocal and during a period of hearing many calls from them I heard the treecreeper make its initial call – a brief, high-frequency ssrrreee.

What? I thought. It sounded more like what I associate with Eurasian Treecreeper, causing some confusion. I then didn't see or hear the bird for a minute or two, so I called my friend Laurence Pitcher and explained that I thought I had a Short-toed Treecreeper showing many typical plumage features, but it had given a Eurasian-like call and now was out of sight.

Laurence was also out birding but said he was sure Short-toed could give a call similar to Eurasian as well as the distinctive Coal Tit-like call. A couple of minutes later I saw the treecreeper fly back to the eastern end of the fence and begin working its way down towards me again.& I knew I needed better photos and was sitting in the grass waiting for it to emerge when it gave the duii-duii-duiit call that I had been expecting (hoping!) to hear. 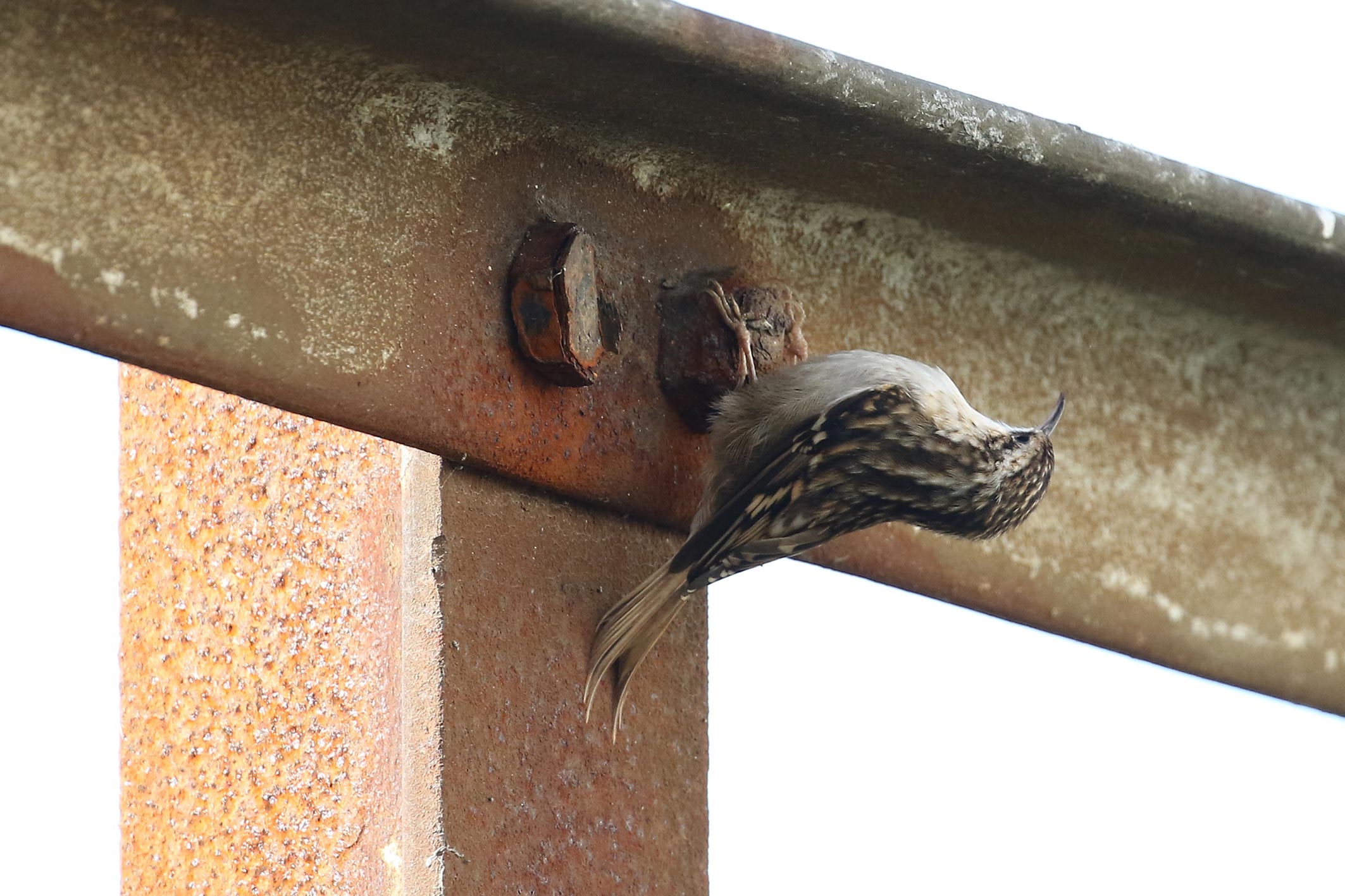 The bird seemed to enjoy searching for prey along the rusty metal structures on the undercliff (Jamie Partridge).

This was an adrenaline moment and should have really been my point of confirmation, although the initial call was still feeding a fraction of doubt into my mind. I contacted Rich Bonser and Josh Jones simultaneously and Rich sent through some more literature and details of the voice. It was very useful to talk over my experience with others, even if it was just saying things out loud. The thought of putting out the news was a little daunting – despite being pretty confident about it, the idea of the mega-alert going off for my situation here on the cliff-edge above the Port of Dover seemed bizarre, and if for some reason I was wrong it would be very hard to live down! We decided to put it out on BirdGuides as a 'probable'.

The bird showed again after a little while and I managed to get my closest views and best photographs, making sure I had shots showing the primary tip spacing and wing-bars, as well as details of the hindclaw. More features were falling into place: back-of-camera shots revealed the brown inner webs and distal darkening to longest tertial contrasting with the tip of the outer web, with one image exhibiting a wholly pale pink lower mandible. Binocular views confirmed the supercilium to appear off-white behind and brown before the eye, below a solid-looking brown forehead. I was pretty certain of what I was looking at. 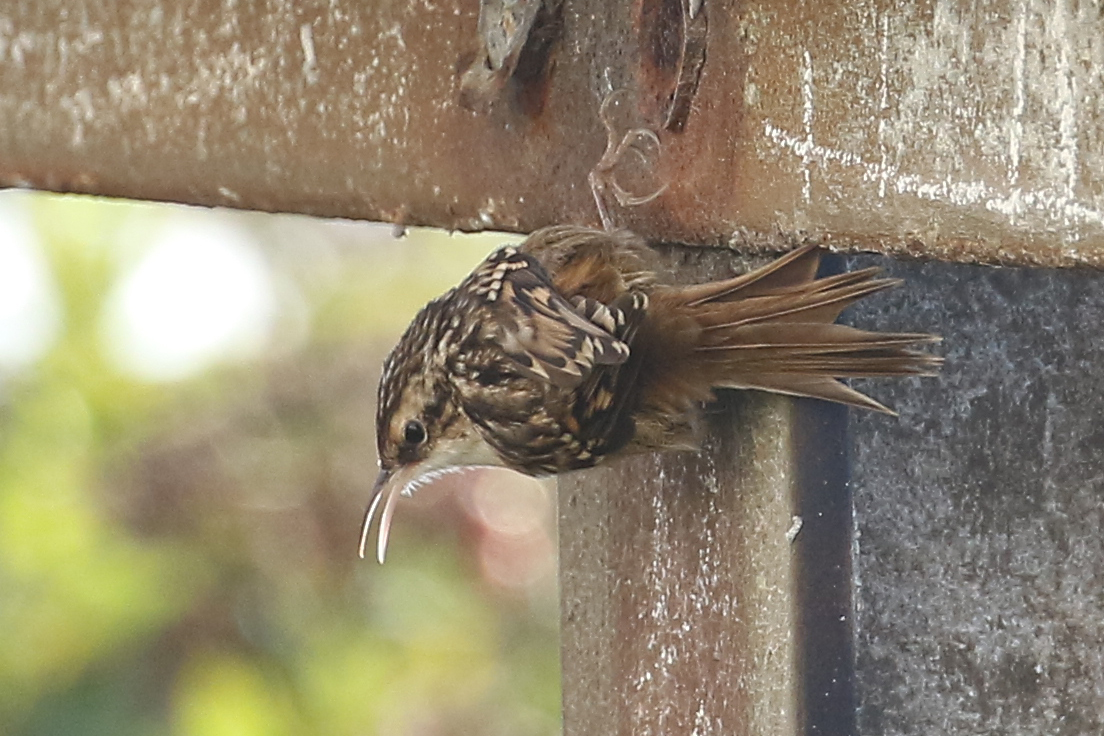 In this image, the white tips to the primaries are obvious, as is the entirely pale lower mandible (Jamie Partridge).

After some more discussion with the guys, I tweeted out the news with some back-of-camera shots, which were unanimously greeted with responses that the bird was as I thought – a Short-toed Treecreeper!

The last I saw of the bird was it flying down towards the undercliff – if it went another 300 m it would have reached a forest of dense cover and sadly I lost it. It had been a furious 15 minutes from first sight to losing the bird, but a morning I won't forget in a hurry.