With a wonderfully productive year coming to an end here in Filey, activity had predictably slowed up somewhat by early December. After finishing the last piece in a series for BirdGuides reflecting on a season of classic east-coast falls, quality sea-watching, a record-breaking influx of Yellow-browed Warblers and a satisfying haul of rarities, autumn was undeniably over, and it was time to grudgingly take my foot off the pedal and address the mundanities of real life once again.

But while winter's rewards can indeed be thin on the ground, there's always the chance of something special, especially if cold weather movements or severe storms come into play. With this in mind, I'd resolved to give the northern section of the bay — only a couple of minutes from the front door, after all — a quick once-over as often as I could, even if conditions were less than encouraging locally. 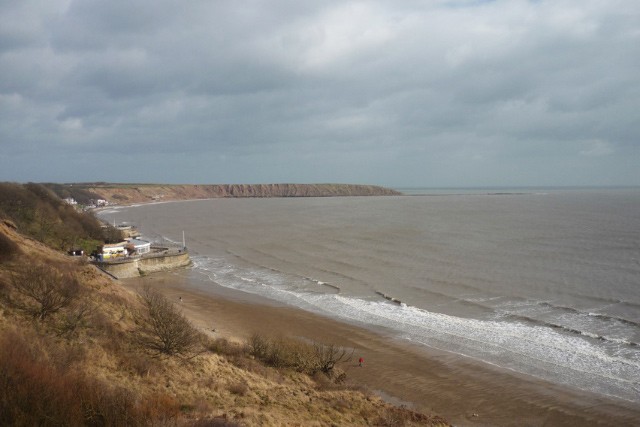 Filey Bay has an enviable track record of pelagic scarcities over the years, but with many miles of shoreline, knowing where to start can be overwhelming (Photo: Mark Pearson)

And when the fruits hang low, temptation often prevails anyway; a situation which came to pass once again on the 3rd. With a deadline looming and dusk approaching, I should've done the right thing and stayed home; but with a little (clearly prophetic) cajoling from my wife Amity, I selfishly cracked, and a late, brief amble along the seafront beckoned. With the light fading fast, a camera seemed excessive at best, but for some reason I turned around and grabbed it on the way out of the door. The first two links in what would become a chain of wonderfully fortuitous decisions.

As I headed down the slope and looked out over a relatively calm surface, initial scans produced little more than a few Great Crested Grebes, Common Scoters and Red-throated Divers; a fraction of the relative bounty of previous days, and after a short while I opted to head for the end of the promenade and then home. Before long, however, I paused to scan directly behind me again — where, out of the blue, a lone auk had materialised relatively close inshore, swimming away from me. 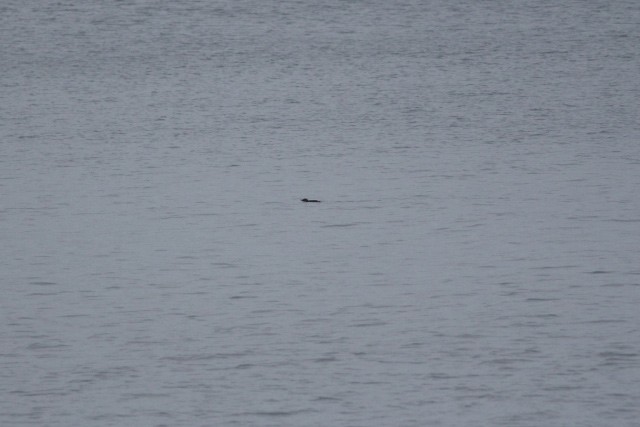 The initial view of the Brünnich's, through a 400mm lens (Photo: Mark Pearson)

First impressions set the alarm bells ringing immediately: dark upperparts, clean flanks, and a head and bill seemingly at odds with the obvious choices. But surely I was getting carried away, and there had to be a more likely explanation? Thankfully my feet thought otherwise, and by running along the promenade (scattering evening strollers in the process), I overtook the bird, and had it pretty much side-on for the first time as it swam strongly north.

Which is where the adrenalin really kicked in, and the internal battle commenced: epiphany versus denial, astronomical odds versus an unassailable vision in monochrome. Two and two were unavoidably making four, no matter how many times I tried for a three: a distinctive bill with a downcurved culmen, an obvious gonydeal angle, and a pale line along the gape; entirely dark (almost blackish) cheeks and upperparts; a clearly swollen, peaked forecrown... despite all efforts to talk myself out of it, the bird paddling quietly by on the incoming tide was no masquerading commoner, but the real thing — a Brünnich's Guillemot. 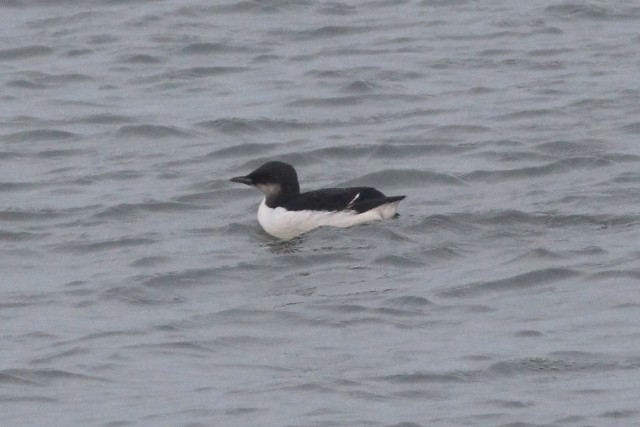 Despite the failing light, all the diagnostic features were thankfully evident, including the dark (almost blackish) cheek and upperparts, the pale gape line, the 'swollen' head profile, and the distinctive bill shape (Photos: Mark Pearson)

A near-mythical Arctic wanderer, a first for Yorkshire, and a (live) first for mainland England, practically on my doorstep; pretty much as good as it gets. After a few precious minutes of excellent views and unforgettable exhilaration, I ascended the slope and put the news out; from there, another minute's speed walk to the house to grab the 'scope. Back down in the bay, however, and despite searching in the last of the remaining light, the bird had disappeared as quietly as it had originally appeared. 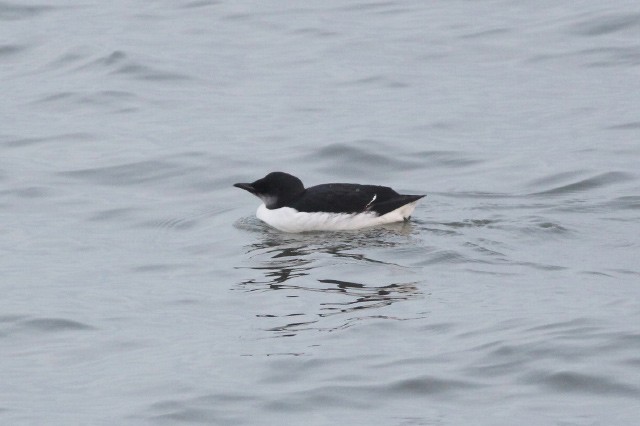 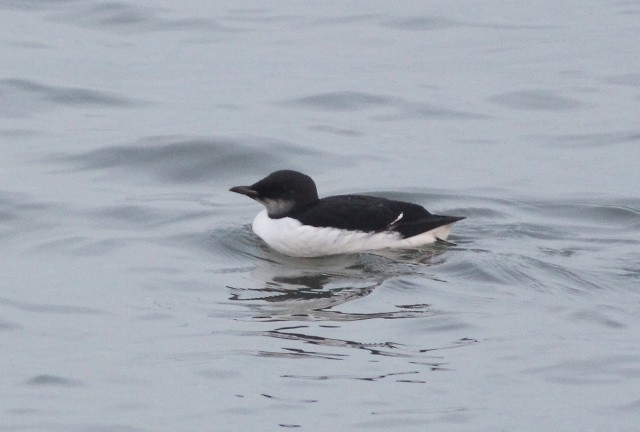 The Brünnich's Guillemot was a first for Yorkshire, preceding the arrival of intense storms from the far north and coinciding with an influx of Ivory Gulls into the North Sea (Photos: Mark Pearson)

But by then I'd begun to appreciate fully the rapid-fire shots of serendipity that seem almost unimaginable in hindsight. I'd come within a whisker of staying home, and then of leaving the camera there; I'd inexplicably looked back where I'd usually keep walking; I'd felt compelled to double-check where I'd otherwise have dismissed it as a commoner auk; and I'd somehow timed my walk to connect with a lone bird passing by close inshore for a few minutes only, which just so happened to be an almost off-the-radar rarity. There's a lesson in there somewhere no doubt, but in the meantime, reflecting on what was an extraordinarily lucky and unforgettable day will do just fine. 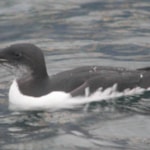