This is my fifth year as Alderney Bird Observatory warden, and I have never before experienced such a spate of east and north-east winds during spring as has happened in 2020. With our island being merely 13 km north-west of the Cotentin Peninsula in north-west France, these are the sort of winds I would give my right arm for in the autumn as migrants head south.

In spring, as we welcome northbound migrants, east winds are generally less productive until around mid-April through to mid-May, when a light north-easterly on warm days can provide us with good (but sporadic) raptor passage. This is mainly European Honey Buzzards (80 in one day the highest count), but also several Black Kites each spring, along with the odd Black or White Stork and Common Crane. It has been a productive spring for birds of prey, with our assistant warden Elliot Montieth picking up a fantastic adult White-tailed Eagle on 31 March – our first record since 1908. It was also a welcome, but not entirely unexpected sight to see our first Black Kite this year along the north-east coast on 15 April. What followed the next day, however, was rather less predictable …

I am fortunate to have lived at the lighthouse keeper's cottage at Mannez, in the north-east of the island, since May 2018. Looking east we have a clear view of the French coastline and birds making the short crossing from the Continent certainly appear to use the lighthouse as a marker. 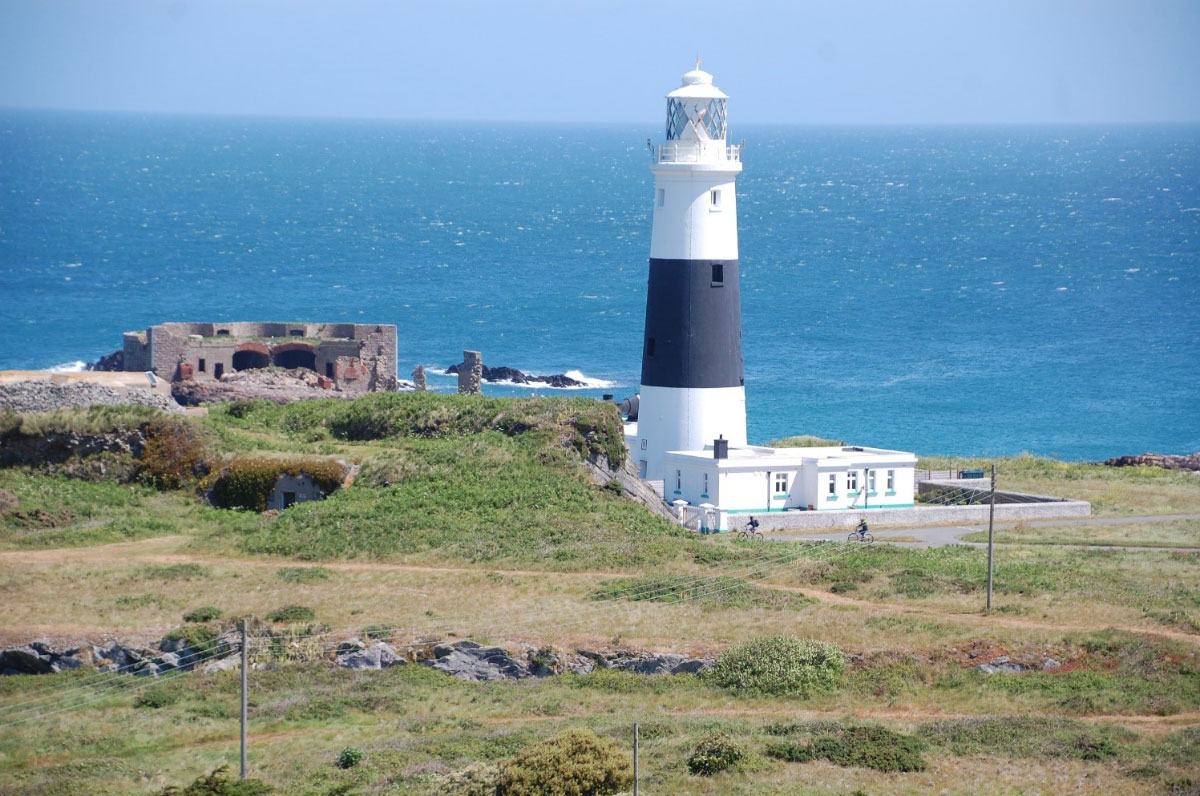 Mannez Lighthouse is situated at the north-east end of Alderney, not far from the bird observatory (John Horton).

I've had some interesting birds from home over the years and when doing garden chores (as I was on 16 April) experience has taught me that, if my bins are not already around my neck, they need to be close to hand. At approximately 3.30 pm I was brushing the dog and, for no particular reason at that moment other than it has become a routine, stopped to have a scan around for migrants.

Scanning north and north-east directly out to sea, a bird quite low over the waves heading straight towards me caught my attention. It was initially about 100 m out. Ahead of lifting my bins, my brain was trying to compute what looked like a white bird of prey … surely not? Quickly focusing my binoculars on the bird, which was now just offshore, there was immediate realisation that I was watching a Black-winged Kite – what a moment!

I have seen plenty abroad, but you can't quite beat finding an exciting bird on your own patch. This species' owl-like face was looking straight at me as it passed within about 30 m of my father and I. We both commented on its red eyes contrasting against its white face and black eyebrow-like pattern. Probably some 20 m off the ground, the bird now moving just to the east of our position, allowed us to experience the 'full monty' of this cracking bird's identification features: pale grey wings, jet black shoulders and crisp white body parts.

It flew across the adjacent Mannez Quarry Nature Reserve on powerful, long wings, mostly gliding. Upon reaching the west quarry wall it rose to survey the landscape above of open grasslands, gorse and bramble falling away to the west. From here we watched the kite start hunting, taking up the classic Common Kestrel-like hovering position three times before moving off south-west, in the direction of our bird observatory some 800 m away.

I was already on the phone to Elliot while the Kite was hovering just above the quarry; luckily the bird had continued in the same direction and while on the phone he picked it up almost immediately. He too observed the bird hovering and managed to get a couple of passable record shots of this first record for Alderney over the next few minutes. There were no other observers or opportunities for photos. 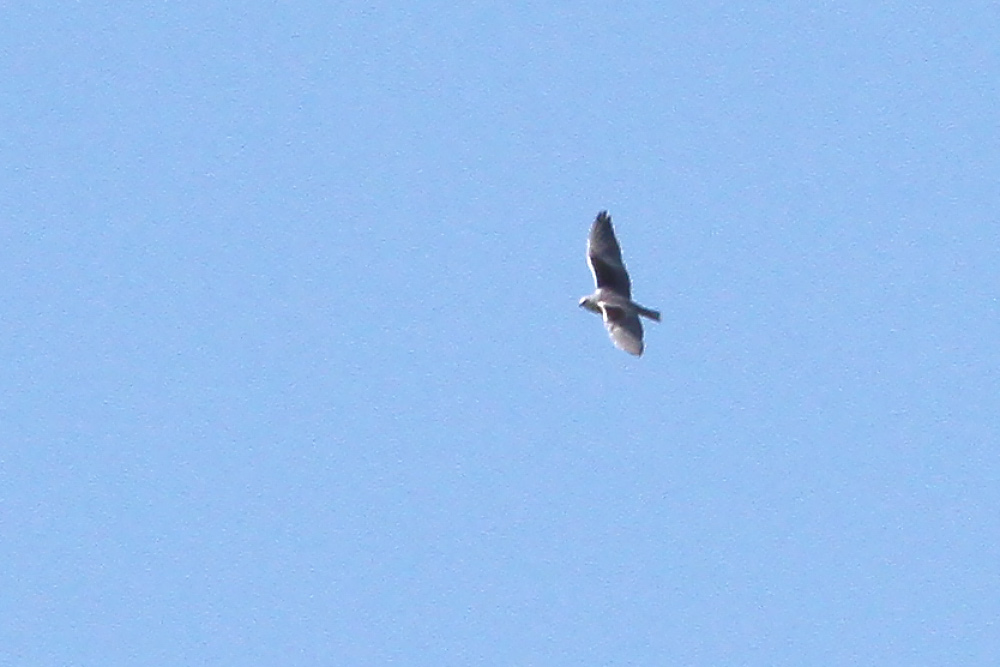 Assistant Warden Elliot managed some record shots of this first record for Alderney as it flew over the Mannez Quarry area (Elliot Montieth).

I must say that, despite the elation of the sighting, I felt some disappointment given our recently refurbished observatory accommodation wasn't full with the pre-booked birders and ringers who too would have seen the kite if it wasn't for the current coronavirus outbreak. I did, however, watch the bird in the company with my 82-year old father and, after 40 years of birding with him on and off, there is no one I would rather have shared the moment with. 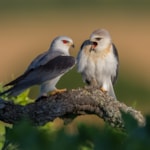