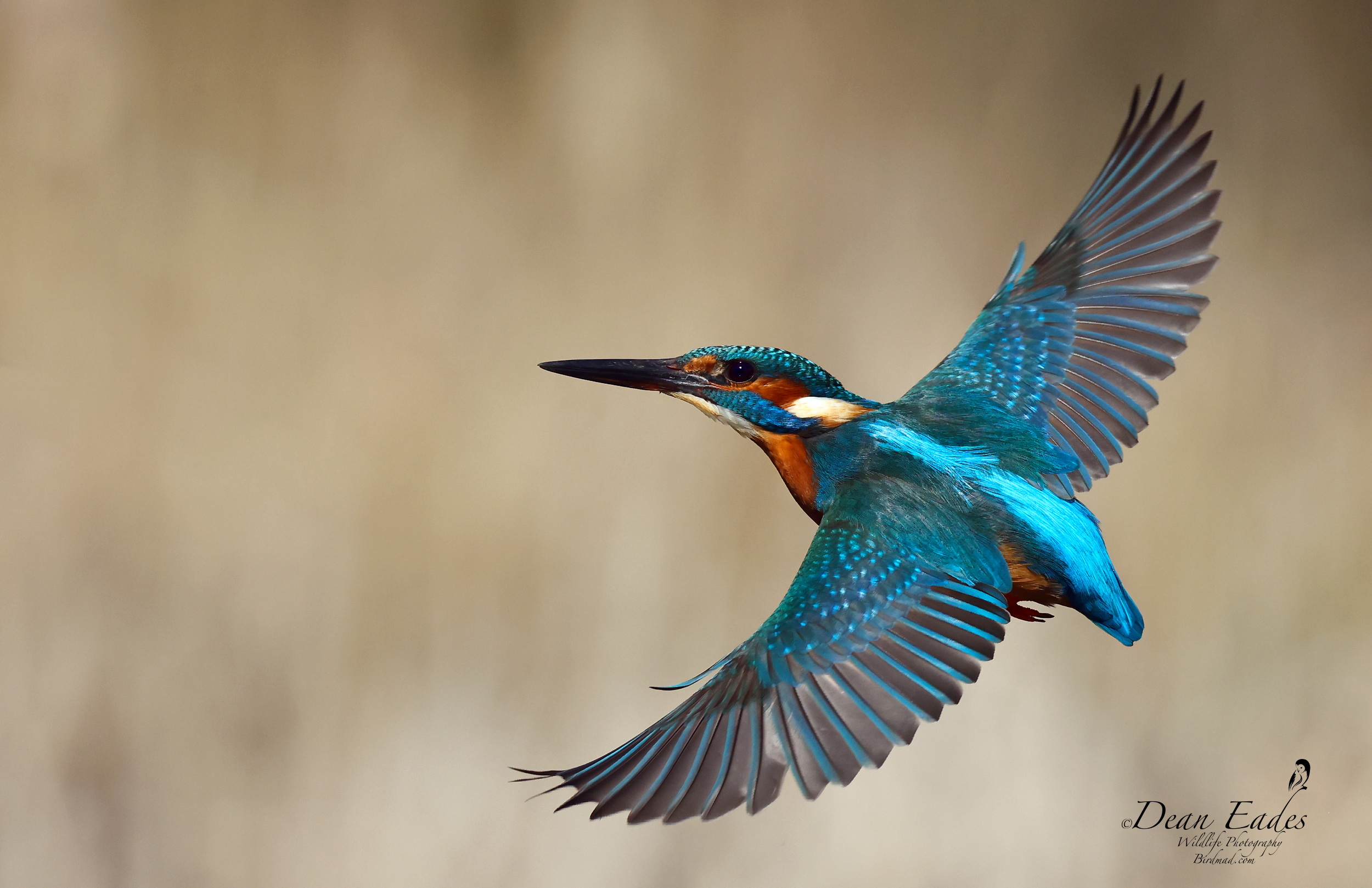 With just shy of 5,000 uploads, Common Kingfisher is one of the most popular subjects to feature in the BirdGuides gallery over the past two decades.

In that time we've seen all manner of submissions of this species, from spectacular diving shots to sublime perched poses. It therefore takes something special to stand out when it comes to images of Common Kingfishers, and that's exactly what Dean Eades has provided with this phenomenal flight shot of a male. Well exposed and with a diffuse straw-coloured background, all attention is on the kingfisher. Dean has framed the subject brilliantly and caught it in a pin-sharp pose, with wings splayed and every little detail of every feather recorded. What a fantastic winner!