It seems that every month has had a theme for the Patchwork Challenge so far in 2013. In January it was 'rarities', and in February it was 'no rarities'. In March, the theme was very much one of 'no migrants' and if feedback so far for April is anything to go by, well... I'll leave that to your imagination! Despite the apparent lack of spring birds, the cumulative total for the year so far stands at around 200 birds — which thanks to the kind sponsorship from Meopta translates as a cool £200 for the BTO's Out of Africa appeal. Well done to all, and let's keep pushing that upwards!

The comparative league table is dominated by Grahams, with Graham H in London the first to reach 100%. Congratulations to you all in the top 10, some impressive percentages so far!

The non-comparative league table is still led by Rob in Lowestoft, with Gavin leap-frogging Richard into 2nd place and in doing so reducing Rob's lead to just 5 points. Well done guys; some serious scores there considering the uninspiring weather.

For a bit of a change this month we've decided to look at the overall points league table. North Norfolk and the south coast have sprung from nowhere and now are joint top of the points table: well done to Moss and Andy. Three points separate the top 4 spots so who knows what the table will look like by the end of April!

Overall League — the top 10 by points

All the regional mini-leagues, more updates and patch reviews can of course be found on the Patchwork Challenge blog.

March was dominated by cold weather and unsuitable conditions for welcoming traditional early migrants to our shores. The highlights list compiled on our scoresheet for March has a very wintry feel to it, with a good few entries of Waxwing, Glaucous Gull and the odd Snow Bunting — one of which was a garden tick for Mathew Meehan at Newport Wetlands (Gwent). There's something I think we'd all appreciate on our bird table!

Patchers who would normally be targeting species such as Wheatear, Sand Martin or Sandwich Tern at this time of year could have done a lot worse than to look for unusual patch birds brought in by hard weather movements, or migrants heading away from our shores for the summer being held up. Extralimital Woodcock and Jack Snipe feature prominently among the highlights listed for March, as do a few displaced seaduck such as Velvet Scoter, Long-tailed Duck and Red-breasted Merganser. It wasn't just the cold that made March so inclement though: there were prolonged periods of strong easterly winds across the North Sea. This made patching at east coast sites unpleasant in many ways, but perhaps most significantly it was responsible for a large wreck of auks and other seabirds on northern east-coast beaches. I've yet to see a live Puffin on my patch this year (traditionally a summer bird really) but I've now seen a good few dead ones. Little Auks were a little thinner on the ground than could have been expected, but several east-coast and even inland patches hosted unseasonable Little Gulls. 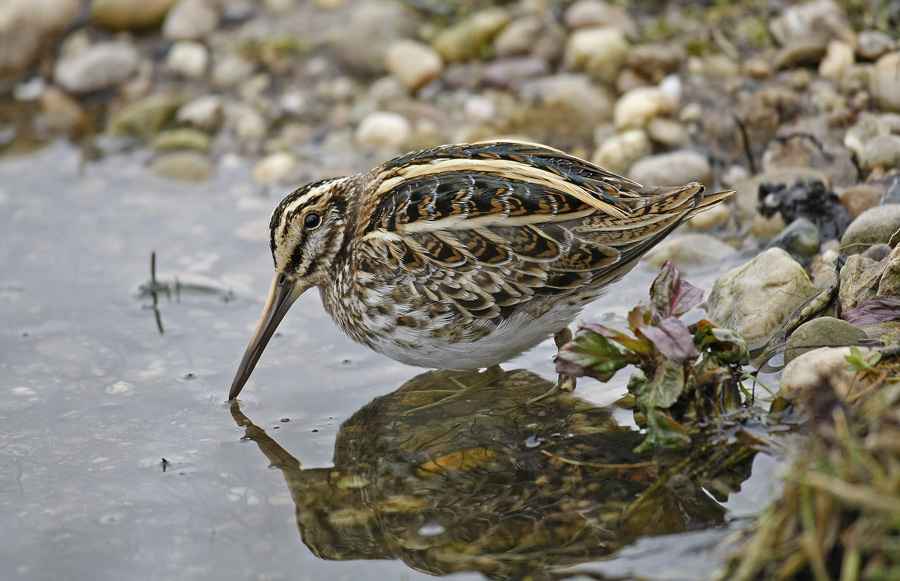 Despite the conditions, the first migrants strove forward and arrived just about on time in the south especially, if initially in low densities. Among the Wheatears, Sand Martins and Chiffchaffs, species such as Ring Ouzel and Black Redstart bumped up the scores, with wetlands turning up the first Ospreys, Little Ringed Plovers and Garganeys. Stone Curlews added a great deal of cheer on at least 4 patches (three of them unexpectedly) although this may well have been tempered by the reasons and consequences of their wanderings.

There was of course some genuine quality in March. Early spring classics such as Serin, White-spotted Bluethroat and Hoopoe all added a touch of warmth in southern areas, with the wintry balance retained by what are rapidly becoming Patchwork Challenge staples — Green-winged Teal and Ring-billed Gull! All very useful and enjoyable finds, but surely there was only one bird that would trouble the shortlist for the Meopta and Forest Optic Best Find competition? A Siberian Stonechat in north Norfolk will surely be there or thereabouts at the end of December — a great find indeed.

David Douglas at Tayport, who a few days earlier scored 6 points with a White-tailed Eagle, found one of the Green-winged Teal. We believe that this is the first 'double bonus' score (i.e. the first month where a contestant finds more than one species that scores bonus points for a self-found rarity) in the challenge so far! Let this be the first of many...

Another of the Green-winged Teal was found by John Bowler on Tiree, but John's real highlight came in the form of something much more mundane to the rest of us. The real beauty of patch birding is that common birds can take on much greater significance when they appear out of context. These little nuggets of patch gold also feature highly on our list of highlights. From up in Shetland, Rob Fray and Gary Bell reported Mistle Thrush, Goldfinch and Coot among their star birds, but surely bird of the month has to go to John's Yellowhammer — the first to be recorded on Tiree since 1912!

With April well under way now, the summer migrants have even started to reach Mark's little corner of Northeast Scotland, although the first Wheatear there was about a fortnight later than usual. The weather has warmed up, and the evenings are getting lighter! Get out there and search for your own piece of patch gold...who knows what might pan out in the coming weeks! Stay tuned for (hopefully!) a more quality-filled April roundup next month.