I started the second year of Patchwork Challenge on the back of an exciting 2013 for my patch, where I managed to rack up 163 species and 246 points, looking forward to the challenge of beating my previous years efforts at Hemsby. It was going to be tough: I had a great autumn in 2013 with seven six-pointers in a 50-day period in which I managed to bag 64 points. Added to this I had a good spring where I managed to pick up most of the common migrants, if not the scarcities I wanted! 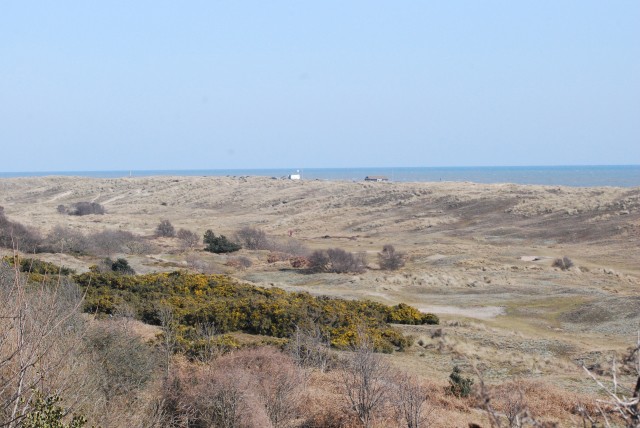 January started with a bang as I celebrated the New Year with a seawatch and was rewarded with a Black-throated Diver, a Norfolk description species and patch tick on 1st! Unfortunately the rest of January was a bit quiet, although I did pick out a few good patch birds: my earliest patch Great Skua on 4th, Great Northern Diver on 12th and the fantastic duo of Puffin and Red-necked Grebe (another patch tick) on 18th. The highlight of the month came on 19th and it wasn't even a patch tick. I sat down to do a wee seawatch in the afternoon, when I noticed a few Little Gulls moving south. Over the next 2 hours 257 Little Gulls had moved south, a patch high count and a great record for January.

February was a very quiet month as I only managed 12 new species for the year. This was not through lack of trying as, according to my BirdTrack data, I entered more complete lists than in January. There were some nice winter species added, such as Snow Bunting and Little Auk, but again the highlight of the month was somewhat surprising and one only a patch birder will probably fully understand. While walking along the beach on 16th I noticed a large bird on the sea — a Mute Swan! A full-fat patch tick and after a quick 'air-grab' I ran home to get it onto my house list — 100% patch gold!

March was a great month, although not quiet the herald of spring that I had hoped for. It started well with a Yellow-legged Gull (patch tick) and Glaucous Gull joining a sizeable gull flock on 1st. Waders and wildfowl started to move through in the middle of the month and finally on 29th spring arrived in the form of a Black Redstart, followed closely by a Blackcap the following day. There was an incredible passage of Red-throated Divers moving north on 17th and 18th, with over 1,000 recorded in little over an hour both mornings.

In 2013 April was an awesome month, with large falls of common migrants resulting in over 100 species being recorded. In 2014 it didn't quite reach those heights but it was still great to see many migrants passing through. A Merlin on 4th was my second record for the patch and spring was in full flow from 5th as Swallow, Willow Warbler, Ring Ouzel and Wheatear were all seen over the next few days. There was then a mid-month lull with very few migrants seen until a second wave of migrants hit on 26th. Over the next 5 days I added 13 new spring migrants including a long-overdue patch tick, Sedge Warbler.

It's always good to start a month on a high and this is exactly what happened in May when I heard a Nightingale singing in the Kings Loke on 1st, another patch tick and one I hadn't expected. I heard another (or the same) on 19th as well. I had another patch tick on 4th in the shape of four Barnacle Geese flying north out at sea and there was one more on 22nd when a Woodlark lingered in the dunes for an evening.

June and July are generally pretty awful months in Hemsby as there are few breeding birds and most migrants have already passed through. In 2013 I only managed six new species for the entire two months; fortunately one was a female Red-backed Shrike. 2014 fared slightly better with nine new species but no scarcity to boost the points like last year. A Turtle Dove flew over my house while I emptied my moth trap on 6 June, an expected but increasingly difficult patch tick as the years pass. A Woodcock on 14 June was my first summer record for the species, and waders featured prominently in July as well, with Greenshank, Green Sandpiper (patch tick) and Lapwing (finally!) all passing my house. An adult Roseate Tern passed south on 20th — bird of the summer for me.

Much of August was spent seawatching and, although new seabirds were thin on the ground (Sooty Shearwater the only new species), it is my only opportunity to see many waders. It didn't disappoint as I added Common Sandpiper, Ruff, Grey Plover, Wood Sandpiper and Snipe. August ended on a familiar note as I found a Wryneck on 27th, almost a year to the day that I found two. 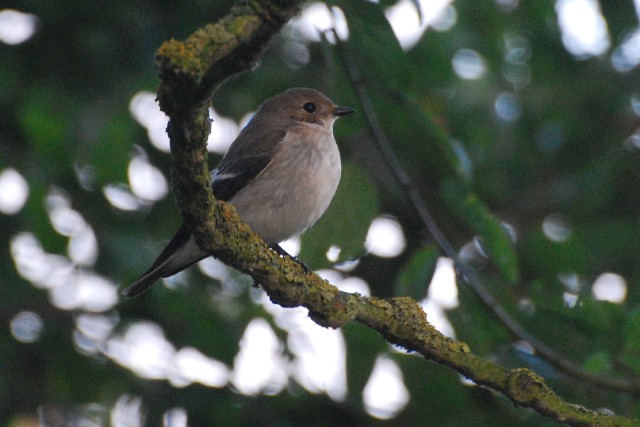 September has been a bit of a disappointment both years: in 2013 there were no scarce migrants around but a Long-tailed Skua saved the month, and in 2014 seawatching was awful, but a few scarce migrants including Barred Warbler, Yellow-browed Warbler and a Red-breasted Flycatcher were great — although I didn't find the flycatcher. The supporting cast wasn't too bad either, with Firecrest, Pomarine Skua and Short-eared Owl the best on offer. If good seawatching and scarcities can align one year, September could be exceptional! 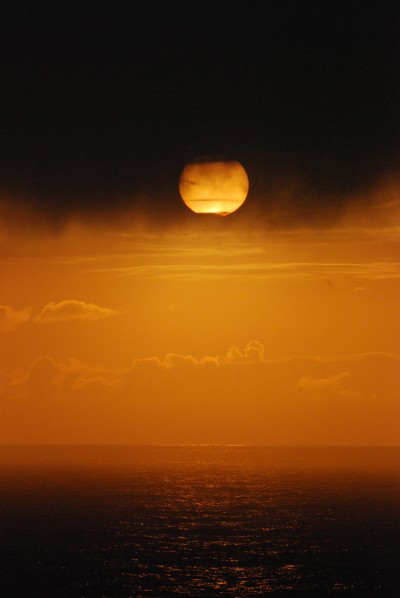 It's not just about birds! A stunning sunrise at Hemsby on a September seawatch.

Unsurprisingly for an east-coast patch, October is my favourite month. The patch is generally packed with birds, both on land and out at sea. 2014 was no exception as I logged 131 species on my patch into BirdTrack for the month. Again, scarcities were thin on the ground, with only a Pallas's Warbler on 14th and a Richard's Pipit on 28th troubling the bonus points. The great thing about patch birding is that it's not all about rarities and there were many exceptional patch moments in October, including five patch ticks: Tree Sparrow, White-fronted Geese, Rock Pipit, Long-tailed Duck and Pochard. Seawatching throughout the month was very enjoyable, again lacking the quality seabirds but more than making up for it with wildfowl; the highlight came on 30th when 10,047 Brent Geese flew south in just over four hours.

In 2013 November and December only yielded two year ticks, the last of which was on 6th November, so I knew it was going to be a tough couple of months again. A surprise Hen Harrier flying south over the sea on 3 November was a welcome surprise and pushed me one point ahead of my final 2013 points total. 100% had been achieved! Seawatching again was the highlight for November and helped me add Grey Phalarope, Whooper Swan, Avocet and Goosander, the latter my final and 21st patch tick of the year. December was really hard work and it wasn't until I was away on leave for Christmas on 22nd and in the final minutes on my patch for the year that I found a couple of Waxwings in the village itself, a fitting way to end the year and leave me on 178 species and with a comparative score of 104%.

Throughout Patchwork Challenge I have made a concerted effort to log complete lists into BirdTrack every time I'm out birding on my patch. Not only is it a great tool for collecting bird records for the BTO, but I've found immensely useful for my own records and information. Below are graphs that I've downloaded from BirdTrack showing the species accumulation for each year: not much change in the pattern with expected peaks in both spring and autumn and very quiet periods in summer and at the end of the year.

You can also look into how many species per month you record and this was very useful for me in 2014 as it showed that I was pretty lazy in July and December 2013 (I was away in March) so I put more effort into these months in 2014. It also highlights busy periods on your patch. I remember April 2013 being a great month for common migrants, and BirdTrack seems to back this up. Autumn 2014 may not have had the scarcities I wanted, but it was an amazing time for common migrants.

For just a few minutes of your time each day you're out birding, putting your records into BirdTrack can be rewarding for both yourself and the BTO and partners.

It was a very enjoyable year although slightly frustrating with the lack of scarcities and rarities, only highlighted by coastal patches within five miles of Hemsby producing Pallas's Grasshopper, Radde's, Savi's and Greenish Warblers plus Desert Wheatear to name but a few! Next year...