In January 2022, Birdwatch and BirdGuides launched a new initiative: #LocalBigYear.

As the title suggests, #LocalBigYear aims to encourage birders across the length and breadth of these isles to reset, recalibrate and refocus their birding efforts in 2022 by celebrating the joys of local birding.

Birding close to home is the bread and butter of our daily lives. Working a patch and observing how things change through the seasons is one of the great joys of being a birder. Sharing a close affiliation with a site or area makes us appreciate it – and the birds it holds – even more.

Patching hones our birding skills, adds to our knowledge and understanding of birds' lives and provides important data, especially in lesser-watched regions. Records of early or late migrant dates, high counts, unusual breeders or rare visitors all help to build a better picture of an area's avifauna. 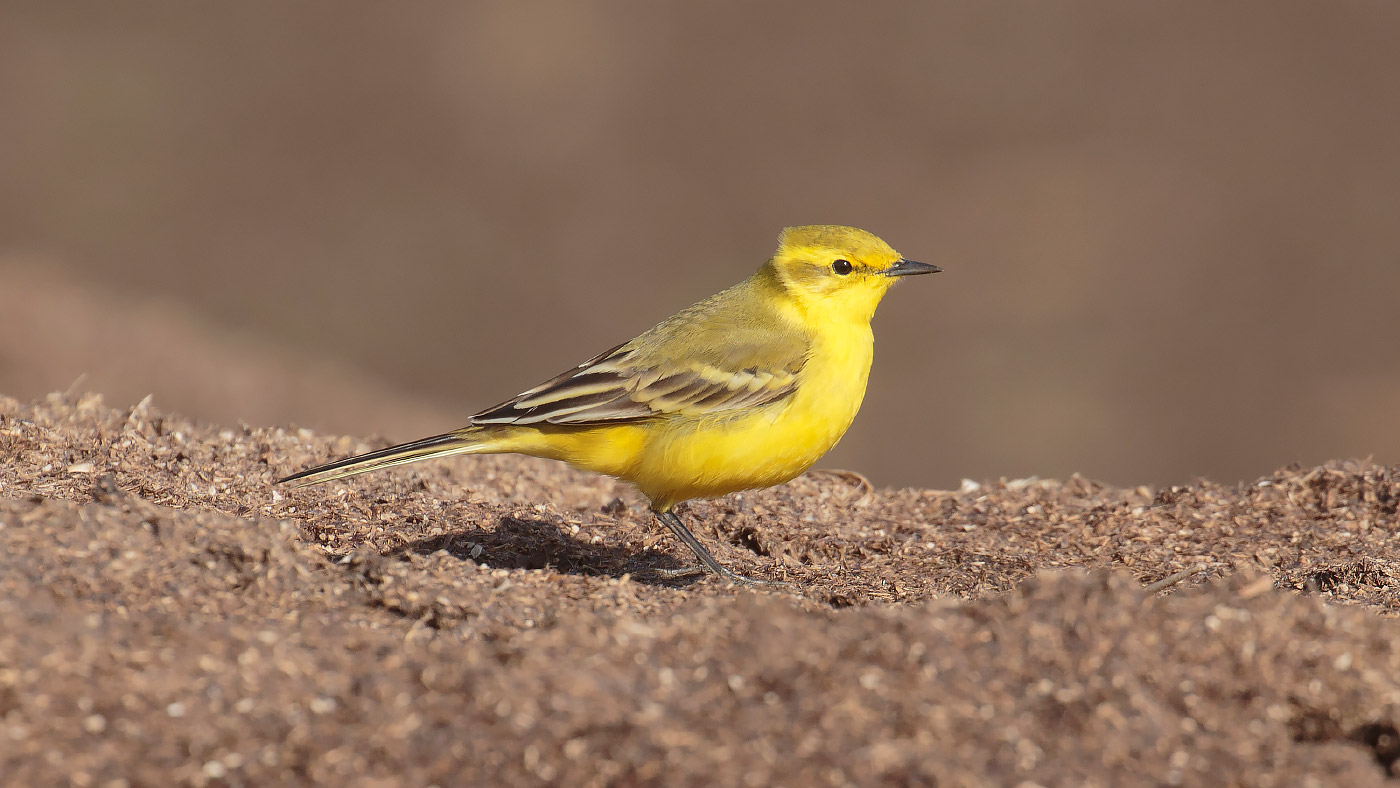 A shock of yellow to lift the spirits on an April morning: a pristine male Yellow Wagtail, just back from Africa, will make for a welcome addition to any local year list (Josh Jones).

There will be few of us who haven't enjoyed the thrill of a twitch and the excitement of a new bird on our lists. But, in many respects, the purest joy birding can give us is in its simplest form – and appreciating the birds close to home is undeniably a source of great satisfaction for many, in turn positively contributing to our mindset and wellbeing.

Importantly, reducing our annual mileage has clear benefits for the health of our planet. We must all look for ways to reduce our carbon footprint – and a greater focus on local birding is a fine way of doing just that, especially if you can do much of it on foot or by bike. Not only are you doing your bit for the planet, but your physical health, too! 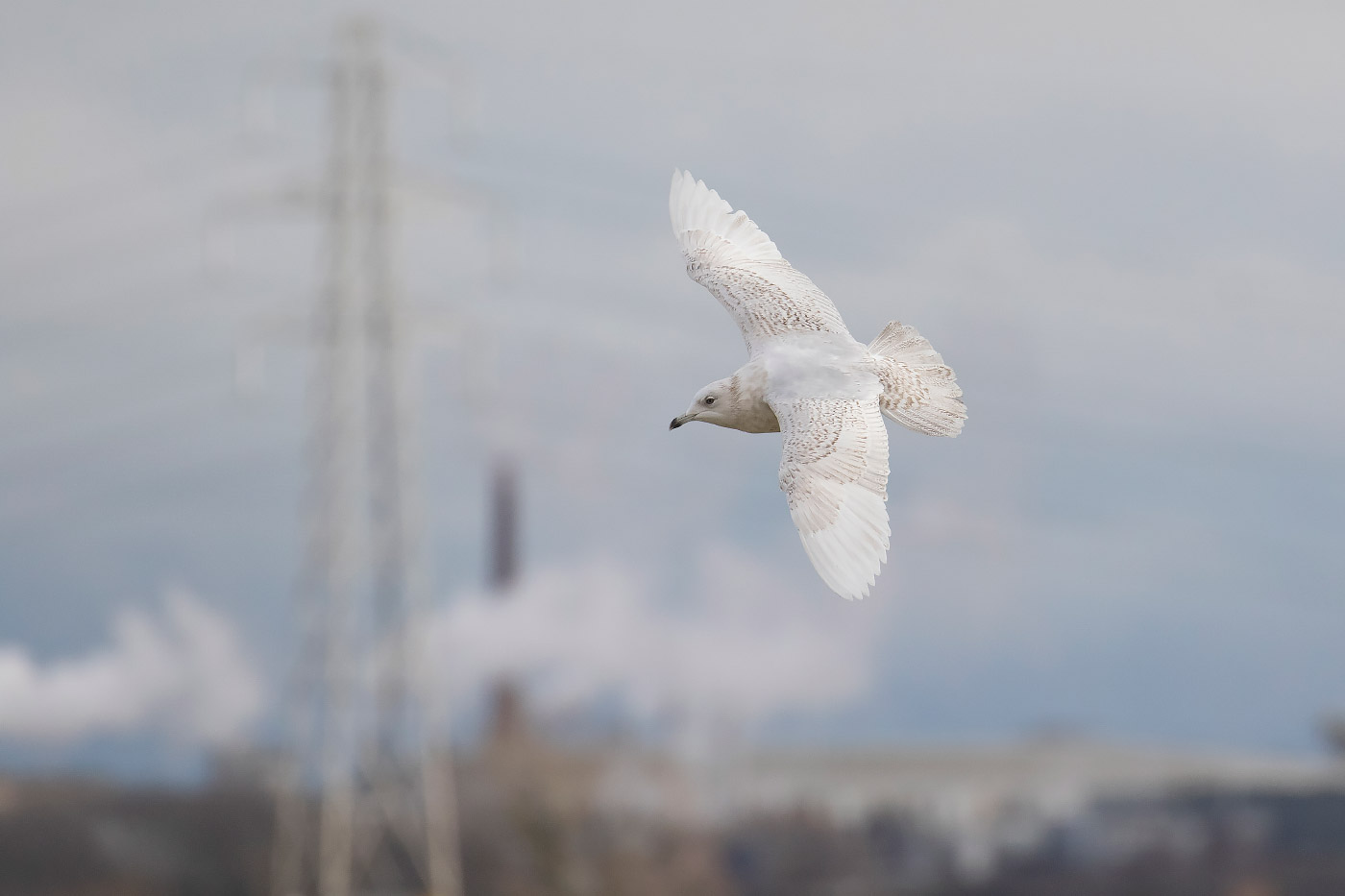 The first winter period is the best for encountering seasonal scarcities, such as Iceland Gull (Josh Jones).

Informality is key with #LocalBirdYear. There are no strict rules. Local birding doesn't necessarily have to be done on foot or by bike – although that is very much encouraged! – and there's no defined boundary that you need to abide by to take part.

Instead, we want to inspire you to take a closer look at your local surroundings and formulate a manageable patch or area (if not already done) that you can reasonably stick to and will be able to get the most out of during 2022. This could amount to no more than your own garden, an OS square or perhaps a 10-km radius from your front door – how you play it is your decision. 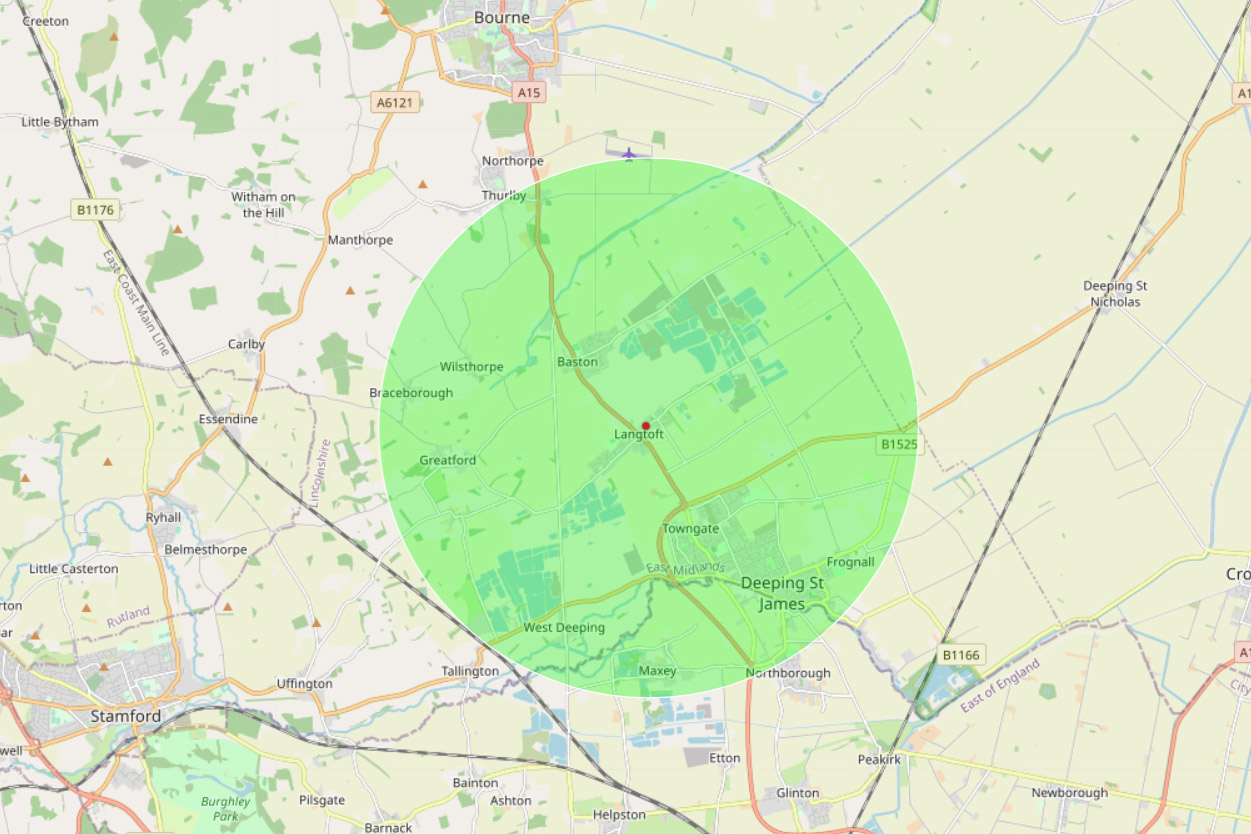 How you tackle the #LocalBigYear challenge is up to you. Many of us base our local birding efforts on a radius from our front door; websites such as www.freemaptools.com can be used to generate maps such as that shown below, giving you an area to stick to and really focus on.

Our role is to provide the platform for this friendly initiative, where we hope birders across Britain and Ireland will share their finds, photos and experiences, in turn inspiring others to appreciate the joys of local birding. To do this, we want you to share your local birding stories throughout the year by tagging #LocalBigYear on social media.

Ultimately, how seriously you take your local birding in 2022 is up to you. However, we are excited to reveal that, thanks to the generous team at Celestron, there will be prizes worth in excess of £1,000 to be won, which will give added impetus throughout the year!

Five sets of binoculars will be up for grabs for winners in five categories (see 'Contest Categories' at the foot of this article), with a runner-up for each netting a BirdGuides Ultimate subscription. These will be decided by the Birdwatch and BirdGuides team. It's important you share your stories with us, though, either via the hashtag or sending them in via email to contact@birdguides.com) – otherwise they won't count! 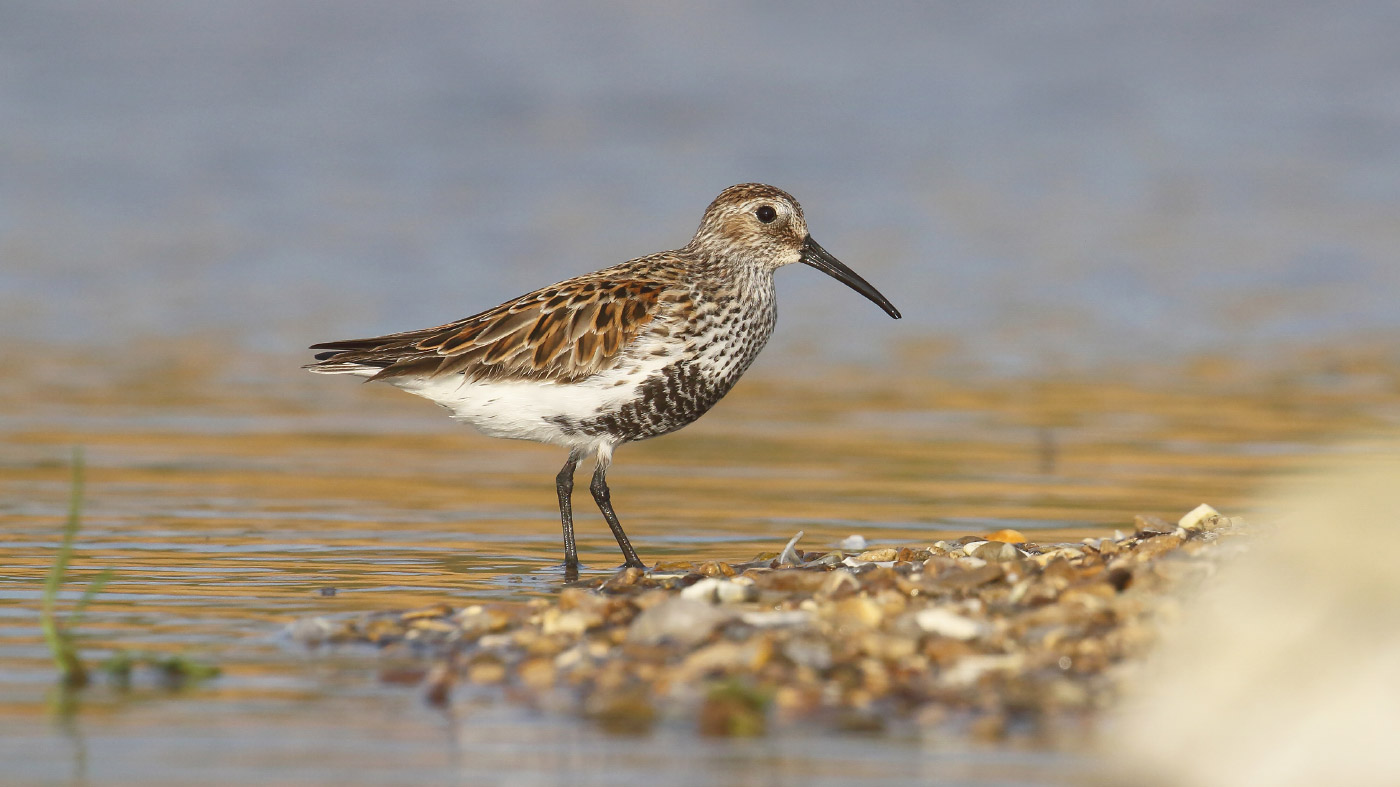 Spring migration is perhaps the most exciting time for the inland patchbirder. Waders, such as this Dunlin, are a possibility at waterbodies during April and May (Josh Jones).

For some ideas, it's well worth another read of Ed Stubbs's article on his big year in south-west Surrey in 2020, during which he amassed 159 species – smashing his initial target by nine. Ed provides plenty of useful advice on how to approach a local big year and his experiences are inspirational to say the least. While he is fortunate to have Thursley Common NNR (which produced Rustic and Little Buntings) nearby, many of his most thrilling moments came on areas of unremarkable farmland within a few kilometres of his front door. He found Eurasian Wryneck and Surrey's first Greater Short-toed Lark since 1964, for example – proving that anything is possible in patchbirding if you really get to know your area … and put the hours in!

We'd also recommend casting your eye over Nick Moran's article 'Rise of the velo-birder' in last November's issue (Birdwatch 353: 42-44), which provides encouragement and insight into the virtues of birding by bike. Nick's efforts are truly admirable and, in November 2021, he passed the landmark 200 on his non-motorised year list. We might not all be able to cover the distances that Nick does on his bike, but we can certainly learn a lot from his methods and mindset.

Once you've decided on where you're going to tackle your local big year – and, by the time you're reading this, 2022 will be only days away – it's time to start thinking about the arrival of 1 January. 'Big days' have always formed a cornerstone of the birding year, and what better way to get your local year list off to a strong start than by blowing the NYE cobwebs away and hitting your patch hard on one of the opening days of 2022?

We also plan to run a 'local big day' in May to coincide with Global Bird Weekend and the peak of spring migration – more on that to follow in due course. We hope that taking part in big days at strategic points during the year will show just how productive your local area can be for the quality and diversity of birdlife, as well as potentially bolstering your final #LocalBigYear total. 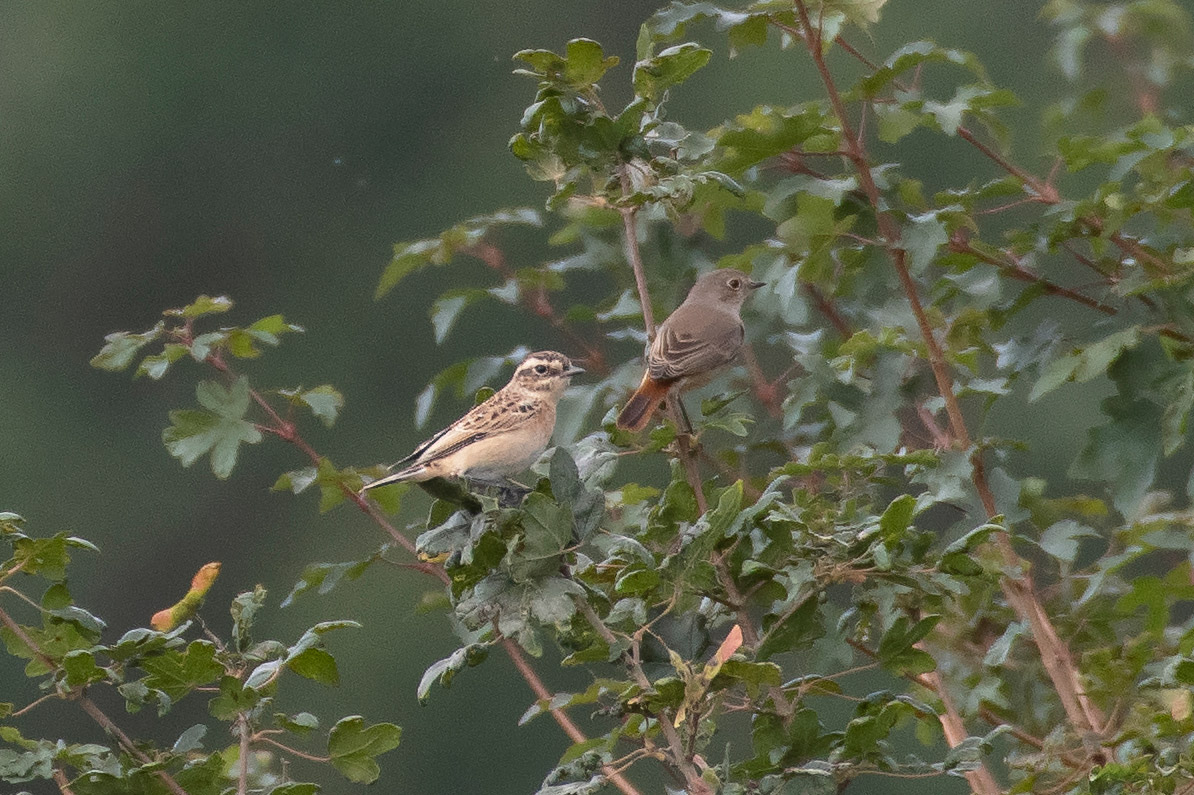 August is many a local patcher’s favourite month, offering a great chance of returning migrants, such as Whinchat and Common Redstart (Ed Stubbs).

As pilots, I completed big days in 2021, on 1 January and again on 2 May. Each was conducted by bike, taking in an array of local sites, although neither was particularly exhaustive. Plenty more is possible in the longer daylight hours and better weather of May, but I was pleasantly surprised at the results of both. The January run, which saw me cycle 30 km around my home village area, netted 84 species, with the May effort (which was more of a 'half day') scoring 105 species by my cut-off at 1 pm, after 65 km cycled.

What I found striking was just how many species I picked up on the bike that I'd have missed if I were in a car. In January, fly-over Water Pipits would never have been heard through the windows of a vehicle, while I would have driven right past singing Firecrest and Common Quail on the May day (all of these, incidentally, are scarce or rare in my area). It certainly underlined the value of birding by bike.

On both days, I finished on totals just a few species behind a local team competing by car – it just goes to show that covering greater distances to supposedly 'key' birding sites in a vehicle can be offset by being outdoors and able to use your eyes and ears at all times while on a bike. 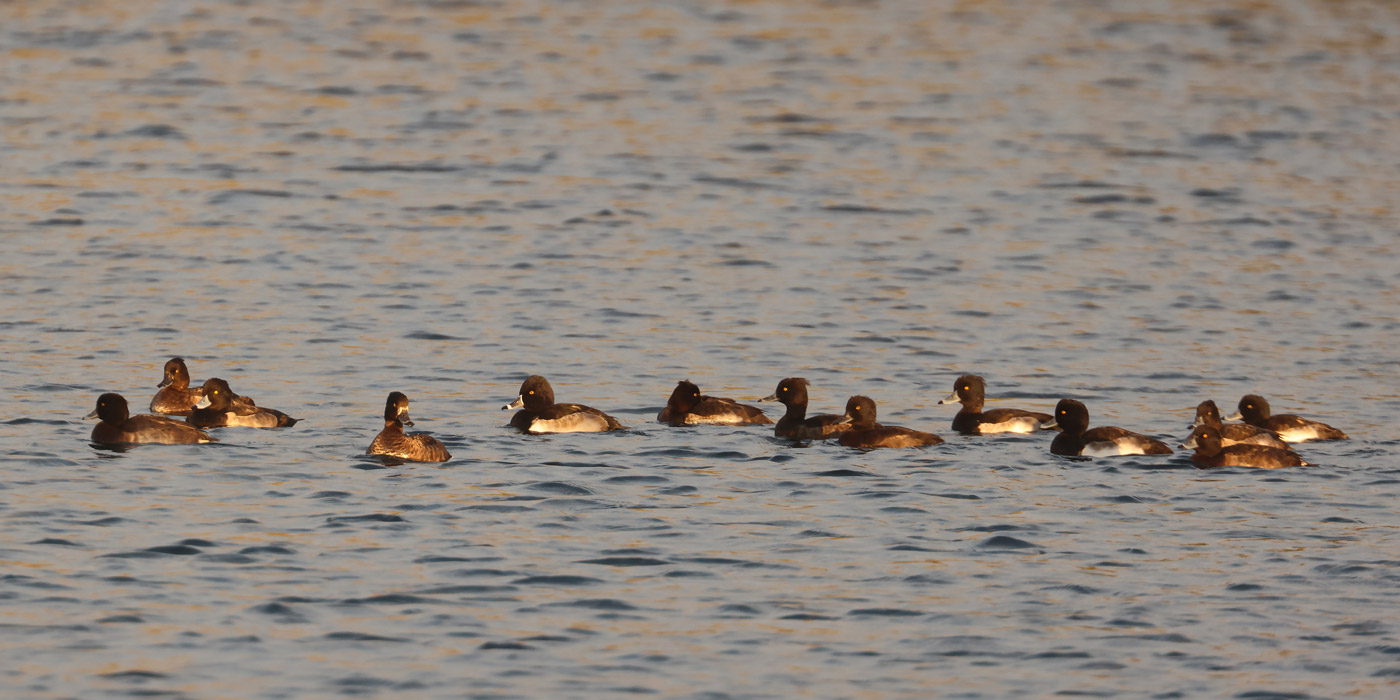 Local birding can be slow at times, but perseverance is key. Keep checking flocks of commoner species for rarer visitors. This Ring-necked Duck (fifth from left) appeared among a Tufted Duck flock on the author’s patch in early November 2021 (Josh Jones).

We hope to see many of our readers taking part in #LocalBigYear in 2022. Remember – this is all a bit of fun. Take it is as casually (or seriously!) as you wish and don't drive yourself into the ground. We know how slow local patching can be at times. You are competing against yourself only and we hope all of those involved will see it as an opportunity to either reacquaint themselves with, or further their knowledge on, their local area and the birds it can produce.

At the end of 2022, we'll announce the winners of each prize and summarise the highs and lows of the inaugural #LocalBigYear in Birdwatch. In the meantime, keep an eye on the BirdGuides website and newsletter for regular updates as the year progresses, and keep on sharing your updates using the #LocalBigYear hashtag. Best of luck to all!

The following optics worth more than £1,000 have been generously donated by Celestron: 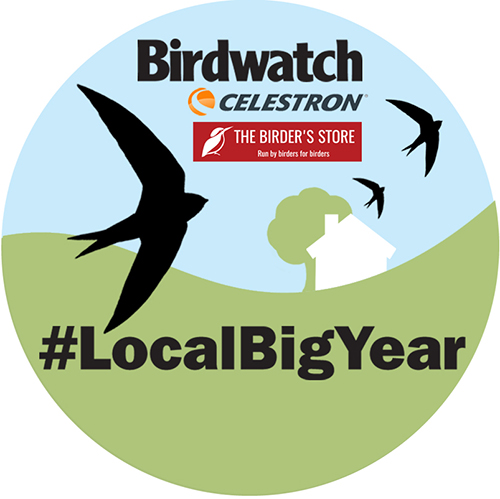