New research has discovered that some birds not only move to new territories between breeding seasons, but they even switch them repeatedly over the course of a single summer.

While this helps birds thrive in an unpredictable environment, it makes things tricky for ornithologists, who may not realise that a territory is being occupied by an ever-changing succession of birds over the course of a season, rather than a single individual.

Some birds regularly move to new territories between years, depending on factors including habitat quality and the presence of predators. Grassland ecosystems are particularly dynamic, being continuously shaped by fire and grazing, and a new study has confirmed that one particular bird moves frequently each summer in search of the best territories. For Grasshopper Sparrows, the grass really does look greener on the other side.

Emily Williams and Alice Boyle of Kansas State University captured 647 male Grasshopper Sparrows over the course of three breeding seasons and marked them with identifying colour bands, surveying territories weekly to track their movements. The results indicate that about 75 per cent of males changed territories at least once per season, with a third of the banded birds defending new territories at least 100 m away from where they were originally sighted. Additionally, nine out of 19 birds fitted with radio transmitters established new territories as far as 1,200 m away from their original locations. 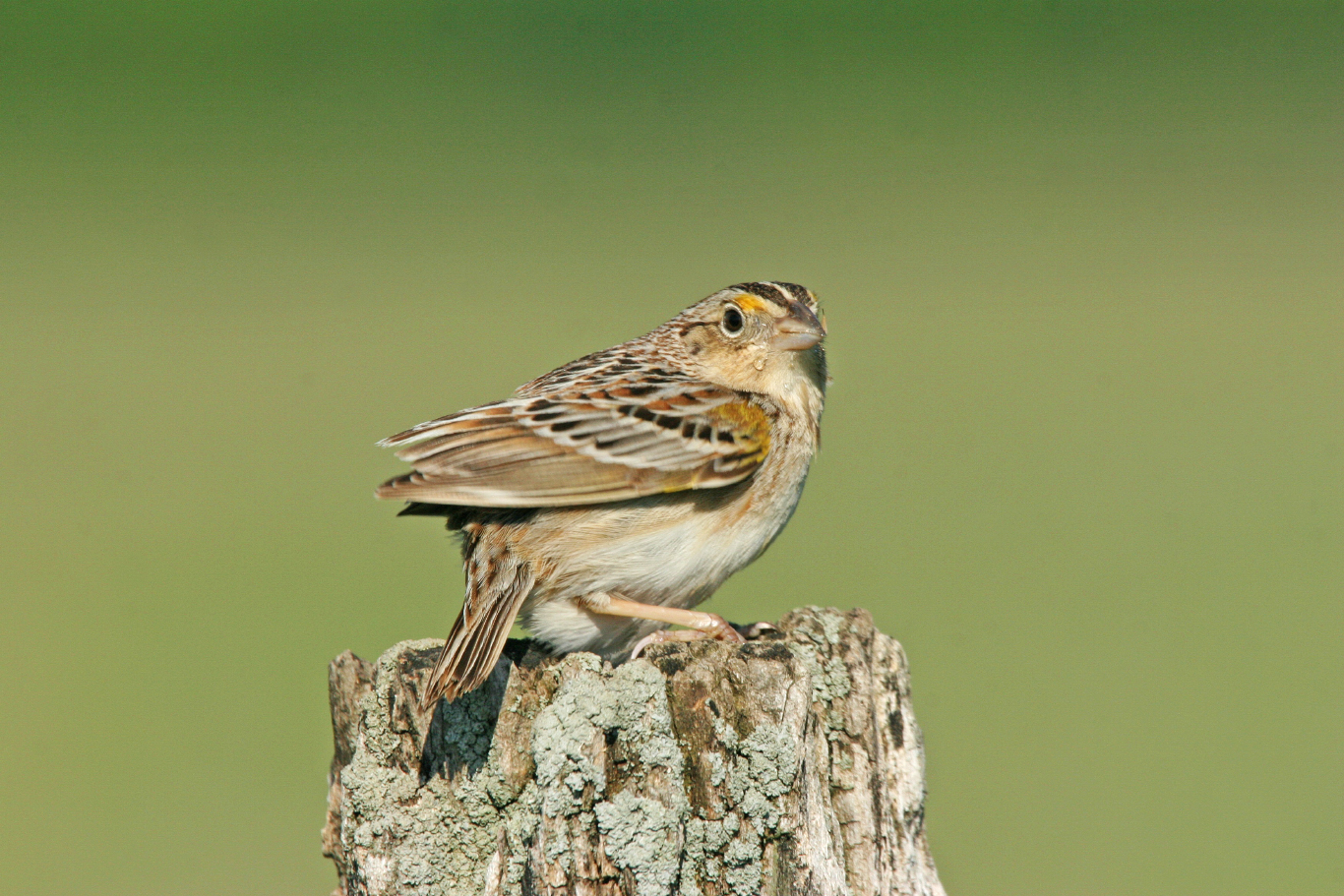 Grasshopper Sparrow appears to surreptitiously swap territories during the breeding season according to pressures and choices only just starting to become clear. Photo: Dominic Sherony (commons.wikimedia.org).

“We had many plots where the density remained relatively stable over the entire breeding season, which could appear as if individual birds remained settled in the same areas over time. However, what we found was the complete opposite: individuals were blinking in and out of territories the entire time,” said Williams. “So, while an onlooker could see a male Grasshopper Sparrow singing on a single patch of Ironweed for months at a time, the identity of the individual claiming that Ironweed as his own could change two or three times in a single summer.”

This high turnover implies that, while some birds might perceive a patch of habitat as no longer suitable, others see the same area as a good place to settle, perhaps because they base decisions on their individual experiences of nest success or failure. High mobility may benefit grassland birds by helping them locate isolated patches of high-quality habitat and colonise newly created or restored habitat, but could also challenge researchers’ ability to accurately track survival over time.

The University of Wyoming’s Anna Chalfoun, an expert on grassland birds, commented: “Many avian ecologists have probably anecdotally noticed within-season shifts in breeding territories, yet this is one of the first attempts to actually quantify this phenomenon.

“The extent to which territorial turnover occurred and the fairly extensive distances moved by males within a season are intriguing. I am left wondering if this behaviour is more common than ornithologists have previously acknowledged and what drives proximate shifts in breeding territories. The results certainly have implications for habitat management for territorial birds.”

Williams, E J, and Boyle, W A. 2017. Patterns and correlates of within-season breeding dispersal: A common strategy in a declining grassland songbird. The Auk 135: 1-14. 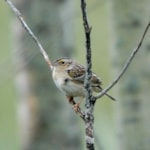