Non-native gamebirds comprise half of wild avian biomass in Britain

A new study has revealed that a quarter of British bird biomass annually is contributed by non-native Common Pheasants and Red-legged Partridges.

The paper, published Biological Invasions, also showed that, at their peak in August (when gamebirds are released en masse) these two species represent about half of all wild bird biomass in Britain. 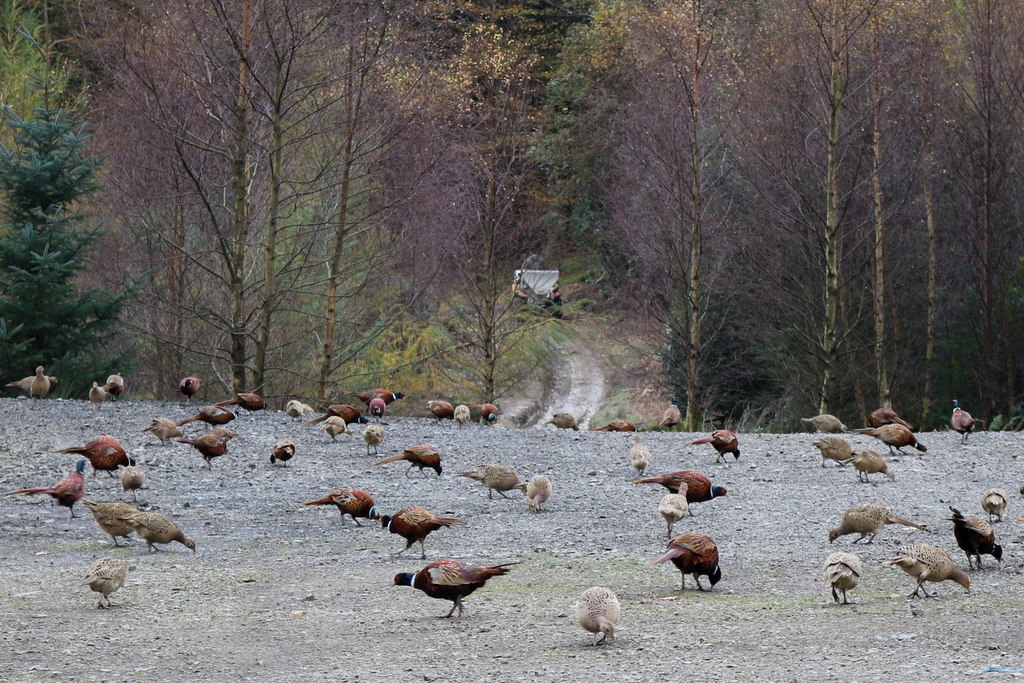 Tens of millions of Common Pheasants are released in Britain each year (Des Colhoun / geograph.org).

The most recent figures, considered to be a conservative estimate, were for the year 2018 and included 49.5 million Common Pheasants and 11.7 million Red-legged Partridges, making a total of 61.2 million non-native gamebirds released into our countryside. These figures emerged as a result of Wild Justice's recent successful legal challenge on gamebird releases.

It is not known what the exact number of non-native gamebirds released in Britain for shooting every year is. This is in part down to under-regulation of shooting – the number of shoots and the amount of birds released for them each year is not documented anywhere.

The study found that releases have increased dramatically in recent decades. For example, the annual number of Common Pheasants released has grown roughly seven-fold since the 1960s. This change is motivated in part by the money that can be made from commercial pheasant shoots, where people pay on the basis of the number of birds shot, and in part by the collapse of the population of the native Grey Partridge, which declined by 88% in the 40 years prior to 2006.

The releases are facilitated by large-scale breeding and rearing of birds on shooting estates and in commercial game farms, supplemented by imports of eggs and poults, largely from France. In 2019, imports comprised more than 5 million live Common Pheasants and almost 20 million eggs, and more than 2 million live Red-legged Partridges.