For the first time, a Nightingale has been tracked by BTO scientists on migration from its breeding site near Methwold Hythe, Norfolk, to its wintering area. The bird, caught in April 2009, was fitted with a geolocator — that records the times of sunrise and sunset — that it would carry down to Africa and back to Britain again in the spring. Analysis of these daylight times allows scientists to calculate both latitude (from day length) and longitude (from local time of sunrise and sunset). 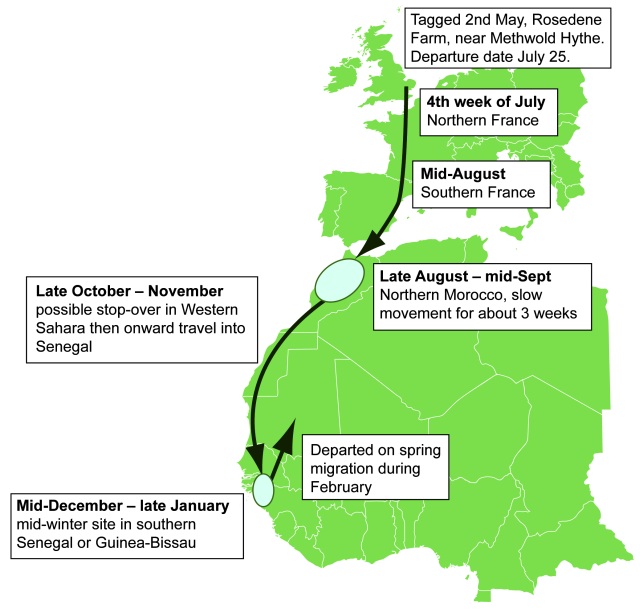 The first insight into the migration of a Norfolk Nightingale. (Map: BTO)

Unfortunately, the geolocator failed in February, but the bird continued on its northward migration and was recaught just 50 yards from where it was first ringed.

Dr Chris Hewson, Research Ecologist at the BTO, commented: "Because of this one bird, we now know several orders of magnitude more about where British Nightingales go in Africa than we have found out from 100 years of bird ringing."

"If we want to find out if things going on in Africa are affecting Nightingales and other birds, we need to know where they're going" Dr Hewson added. "Otherwise we don't know what particular changes are happening to the area they're going to, and what the particular threats are. We may now be able to relate population declines of birds in different parts of Europe to the different parts of Africa where they spend the winter."

The BTO has been working in Africa to understand better the pressures many of our declining migrants face there. For more information visit the BTO's Out of Africa pages. 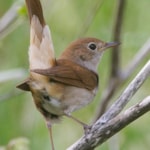