One of  the many problems of 'Twitching with toddlers' (husband claiming copyright) is boredom. One is prepared to stand around in the mid-February drizzle when one has the reward of seeing a mega Yankee thrush, but when one fails to understand the significance of such a bird or bother to raise her three-year-old head to see it, it's unsurprising that willpower quickly fades.

So, the American Robin. After a lightning stop at Polegate services for a taste of Scotland (Hooded Crow), I bailed out of a moving vehicle, abandoning husband and child to park, and was rewarded with frame-filling views. Hurrah! The next hour was spent in the cul-de-sac, while husband got his fix with the surprisingly elusive bird. Daughter acquired a large rotten stick, complete with worm. We considered sending her to lure out the robin, but that seemed distasteful.

Pre-child, we would have admired that striking scaly orange breast, smart black cap and neat white eye-ring. But this is a family affair, and dinosaurs, not birds, are the order of the day. We swung briefly by the Hume's Leaf Warbler at Eastbourne seafront, spending an impatient hour admiring an endless row of memorial benches, only for the bird to be discovered in the garden of a retirement home. Birders quickly blocked the driveway, while a slightly blind resident almost ran everyone over. Onwards. 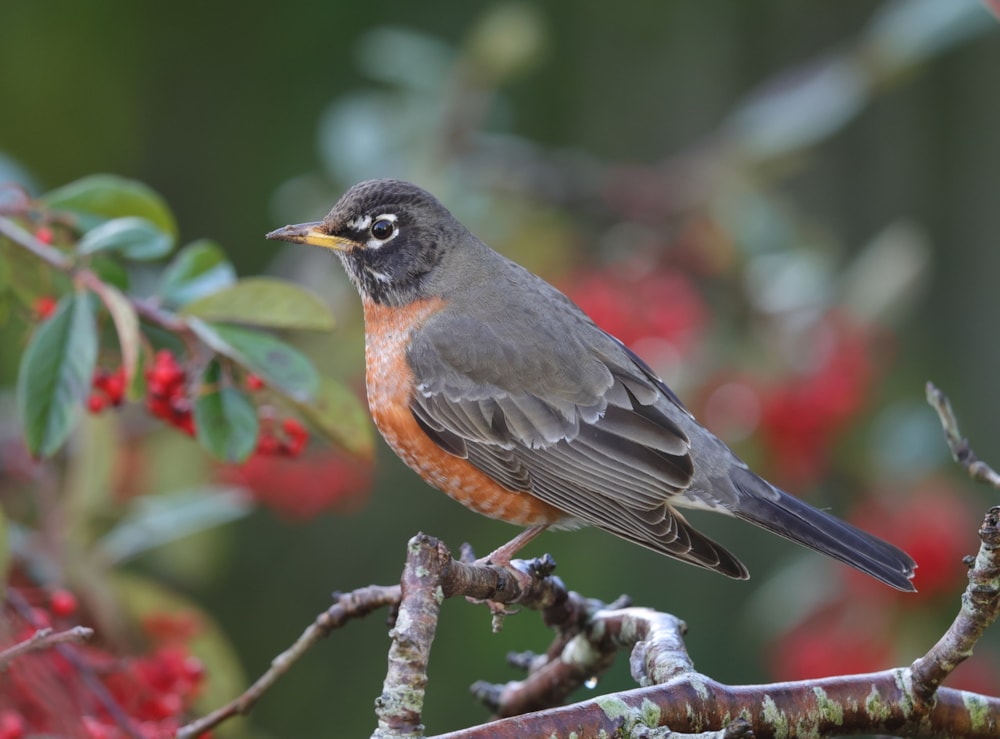 A trip to Eastbourne to see the popular American Robin was made all the more complicated by the presence of a bored toddler (Mark Rayment).

Next stop dinosaurs, courtesy of a local museum and heritage gardens. At £9.99 to get in – and that's for everyone aged 3-65 – it promises a lot: a multi-media museum, railway experience, prehistoric safari, interactive play area, heritage trail and gardens, and more. First, the museum, which summarises 4.5 billion years into one haunting, winding corridor. An LED volcano lights up and an earthquake stimulator judders. Press buttons installed a few decades ago and things may roar, squeak or speak to you in a male public-school voice dripping in 1930s elocution. The real delight is guessing which ones will work at all. Levers operated plastic humans, causing their jaws to fall open.

Unfortunately, we couldn't enjoy this top-notch experience because dinosaur-loving daughter was traumatised by the 12-foot 'velociraptor' at the entrance. This specimen was as well-researched as the American Robin singing from Mary Poppins's hand. This wasn't an ecologically accurate recreation of the Cretaceous period, more Jurassic Park on acid. Teeth, claws and leering eyes loomed out of dark corners. Even the herbivores had fangs. Unnerving.

Once placated, though, we spent a fun hour in the soft play. Husband enjoyed coffee, flapjack and a lone moorhen, paying a tenner for the privilege. The outdoor dinosaur safari was off the table, and the plant houses showcased an excellent selection of cacti. We accidentally missed the treetop walk.

We did spend £2 on the miniature railway, driven by the coffee vendor. Climb into the tiny carriages and (provided you don't immediately topple out the other side) be prepared for the ride of your life. The engine started with a puff of diesel and we set off on an adventure through a tunnel (3 m of plastic tubing), passed the Moai of Easter Island, a concrete snail with a broken antenna and a 2-m recreation of the Long Man of Wilmington (the non-phallic one). You even get to go round twice. We re-entered the centre via the freely accessible aquarium, which daughter announced to be the highlight. She then watched the BBC's Andy's Dinosaur Adventures the whole way home.

I hope you enjoyed your American Robin. We had a marvellous day, thank you. Incidentally, regarding the carbon footprint, fear not. We used about a third of a tank all day, crawling along the M1's interminable 18 mph average speed check and through the M25 car park. I've used more fuel in lawnmowers. And on miniature railways