An unusual bird was discovered by my good friend John O'Donoghue on the back lawn of his house in Farranfore, Co Kerry, at 5 pm on Monday 7 October. It was a quiet, mild evening with sunshine and a clear sky at the time of finding. The specimen was in very poor condition and could not fly, so John decided it was best to pick it up and bring it inside to save him from his dog. However, unfortunately, some 30 minutes later, it had passed on.

On Tuesday morning, John called over to me at work, across the road from his house, to show me what he had found. A Google search produced nothing even close to the bird, so I decided to make contact with Birdwatch Ireland. After some discussion with them it transpired the bird was a Least Bittern and had originated from North America – little did we know at the time the interest this small, misfortunate bird would attract. 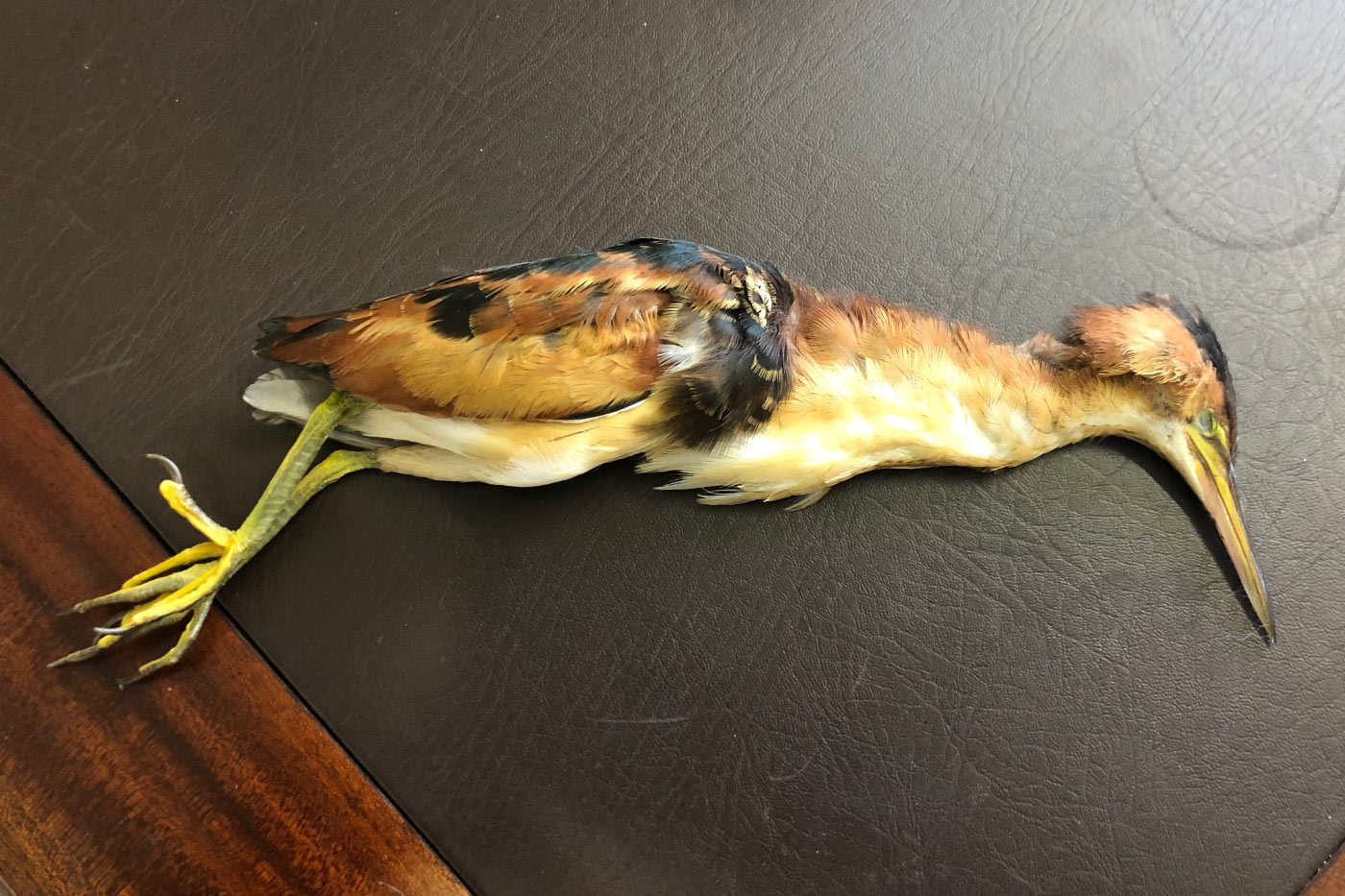 It's a first for me and even though I watch the garden birds in the winter months, coming and going from the feeders, this find and subsequent identification has given me an interest in something I knew very little about. At the time little did John or I know that this is the first time one of these birds has been found in Ireland.

The fact that it chose our tiny village in mid Co Kerry to land is even more fascinating. Maybe the fact that it landed some 600 m from the runway of our local airport makes it even more unusual. 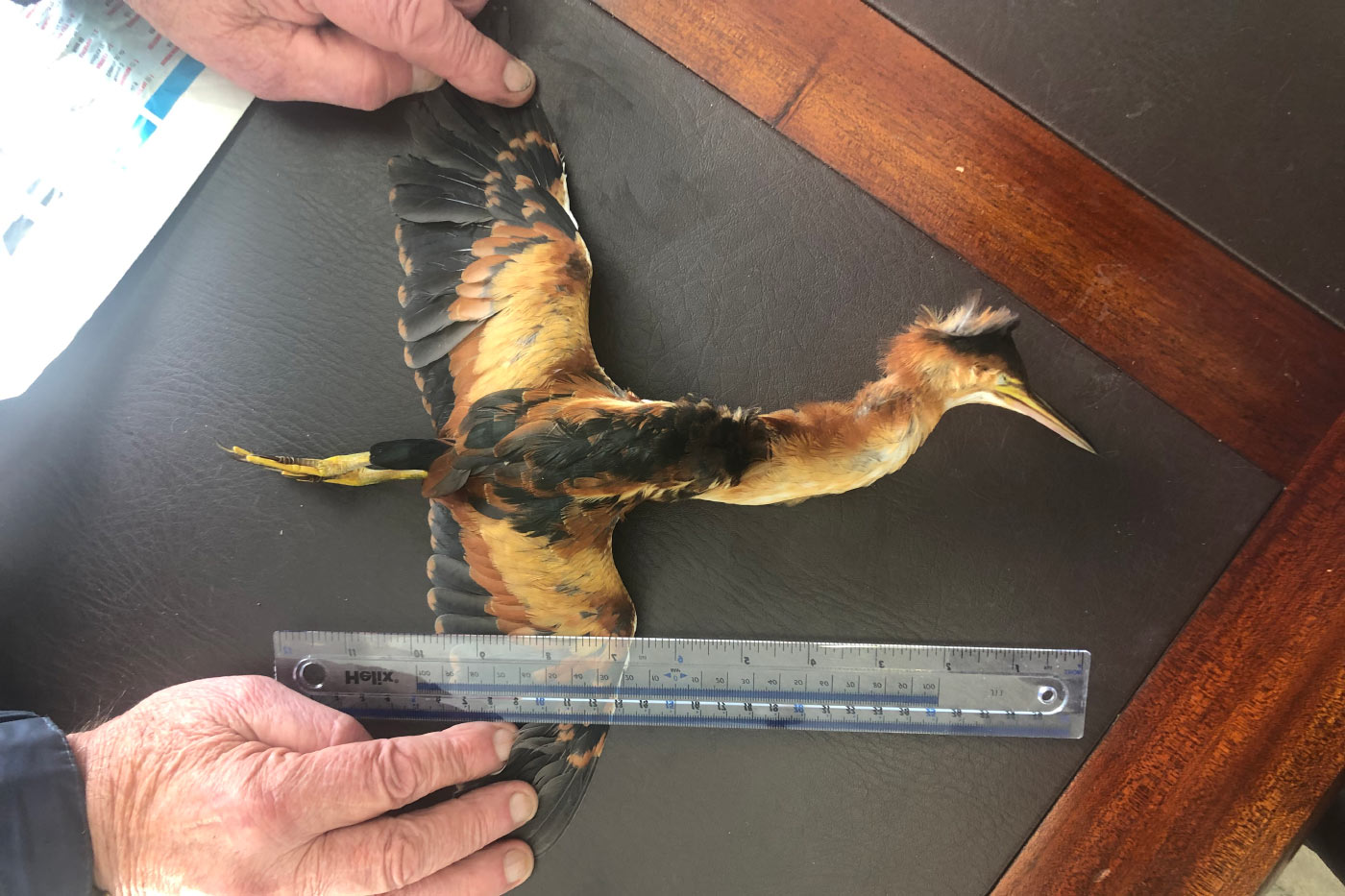 The Least Bittern with a 30 cm ruler for scale; note how small the bird is compared to a human hand (Anthony O'Connor). 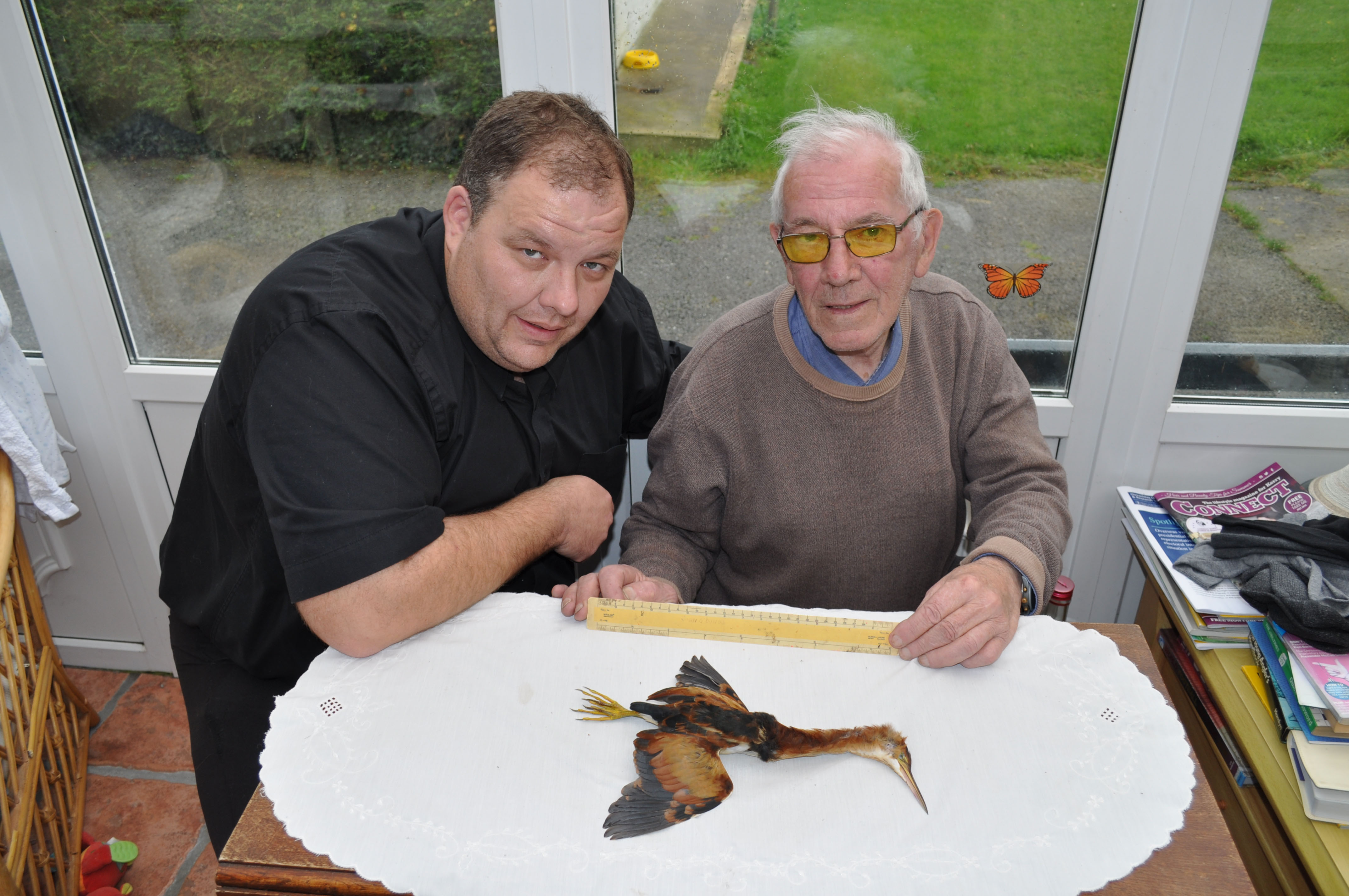 Anthony and John with the Least Bittern.

Nine of the 10 past regional occurrences have come from the Azores, where one was found on São Jorge as recently as 21 September 2019, although that bird too died in care after being found exhausted. The only other record is from Iceland, on Heimaey in September 1970. None of those seen has yet been a) alive and well enough and b) lingered long enough to be seen by large numbers of birders. 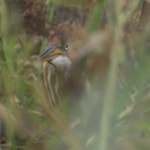