As the world looks to tighten up the illegal capture of wildlife in the wake of the coronavirus crisis, a new study by an international team from 13 institutions and nine countries shows that migratory birds are threatened by widespread and unsustainable hunting across the Asia-Pacific region.

The study shows that three quarters of migratory shorebird species in the region have been hunted since the 1970s. This finding is deeply concerning as these amazing globetrotters are already under pressure from many other human impacts.

The Asia-Pacific is host to one of the most amazing animal migrations on earth, every year, hundreds of thousands of shorebirds, wetland-dependent species, breed across the Arctic and boreal regions, moving south to South-East Asia, Australia, and New Zealand along a migration corridor known as the East Asian-Australasian Flyway. The Flyway spans 22 countries, through which 61 species of shorebird complete their epic annual migrations, with some covering up to 25,000 km each year. 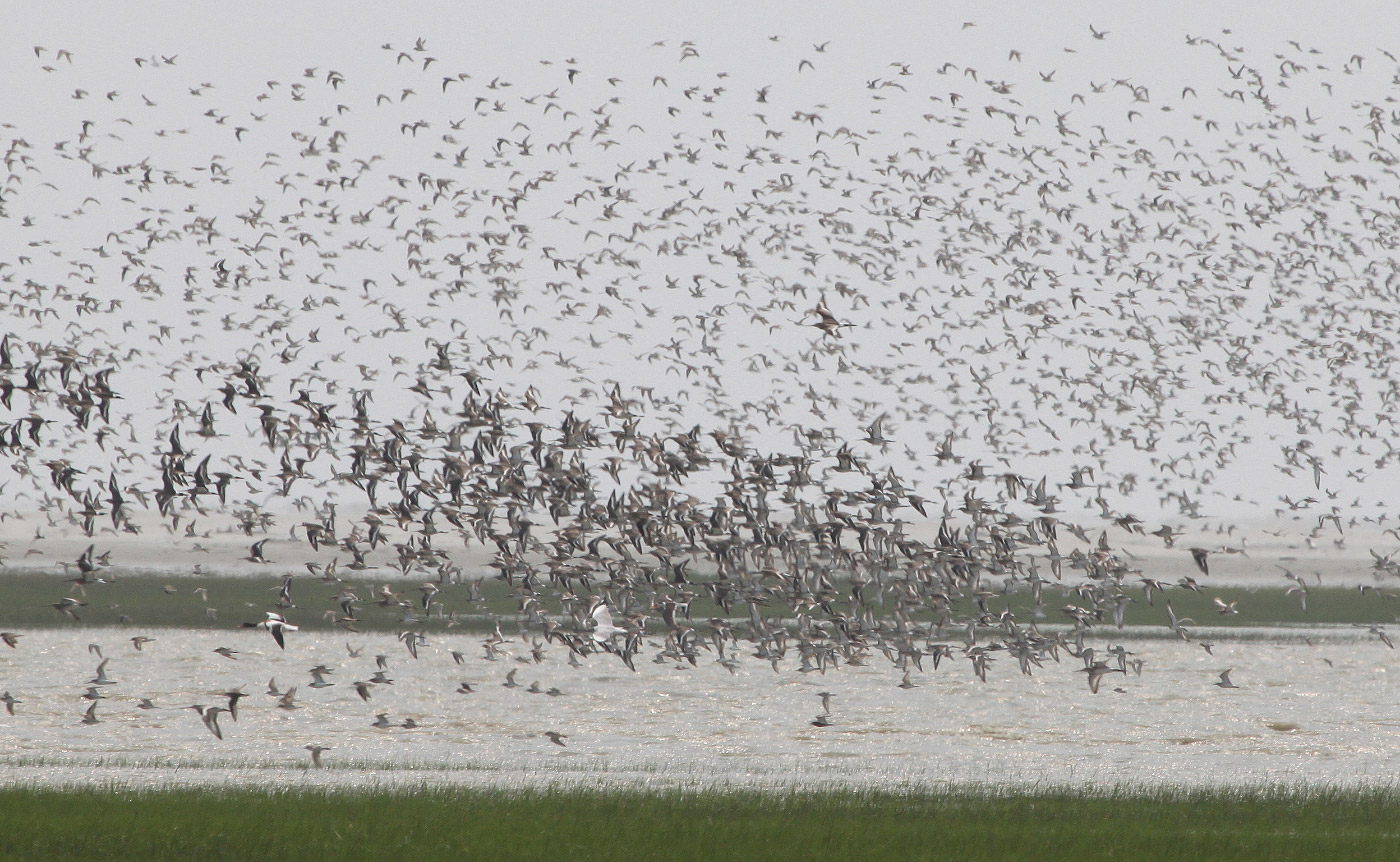 Many thousands of shorebirds use the East Asian-Australasian Flyway, but a surprising number of species are being unsustainably hunted along its route (Dr Alexander Lees).

Many of these fascinating birds are unfortunately declining, with several now on the brink of extinction. Up to now, habitat loss due to the expansion of coastal infrastructure had been identified as one of the main causes of their declines, particularly around the Yellow Sea region of China and the Korean peninsula, where many birds stop to rest and feed on their migrations. While hunting has always been known to occur, its scale and significance were unknown prior to this study.

The study's lead author, Eduardo Gallo-Cajiao from the University of Queensland, said: "Hunting has likely contributed to declines of migratory shorebirds in this region.

"We worked for four years assembling all available evidence on hunting, leaving no stone unturned, and then putting it all together like a massive jigsaw puzzle. Our results were not great news for migratory shorebirds, as we realized the large scale of the issue, with hunting records from 14 countries involving 46 species." 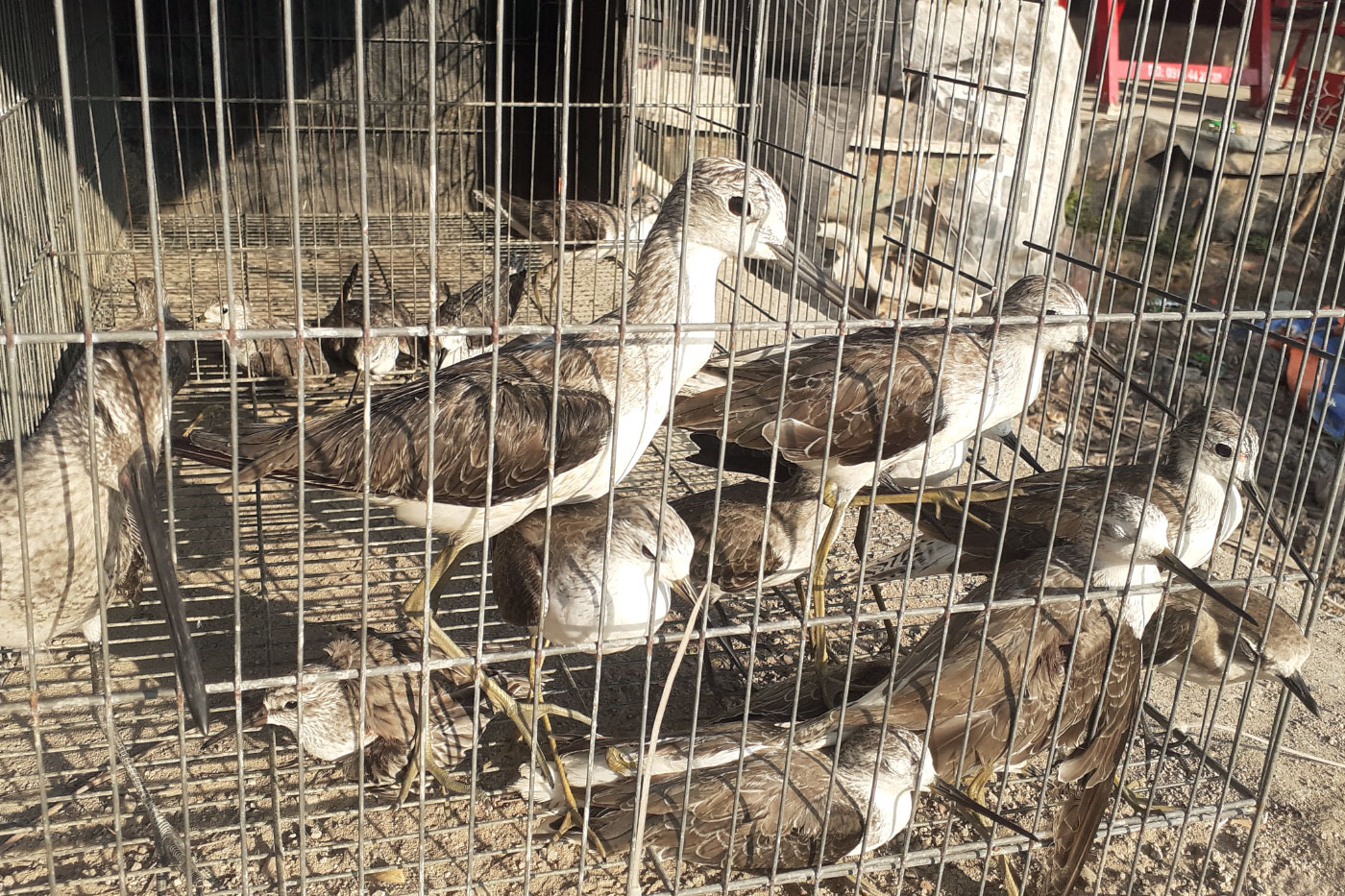 Waders are often trapped for food and kept in a cage, here including several Marsh Sandpipers and a Common Greenshank (Toby Trung).

Currently, there are five shorebird species at high risk of extinction in this region – including the Critically Endangered Spoon-billed Sandpiper, of which fewer than 500 individuals remain. Study co-author Dr Alexander Lees of Manchester Metropolitan University, who took part in boat-based surveys for rare shorebirds in Bangladesh in 2010 sponsored by BirdGuides (see here and here), said: "Hunting had already been identified as a threat to Spoon-billed Sandpipers, but we did not know how many other threatened species could be affected too. Our study discovered that other threatened species subject to hunting include Great Knot, Far Eastern Curlew, and Nordmann's Greenshank."

Professor Richard Fuller from the University of Queensland said that "managing hunting of wildlife is complicated by the broad range of people involved, from recreational hunters to subsistence hunters and commercial traders". At least some of this hunting is driven by issues of poor food security, so sustainable development must be considered when developing alternatives for management. "There is no coordinated monitoring of how much wildlife is taken annually across the region, which makes management really hard," continued Professor Fuller.

Internationally coordinated approaches to address hunting are underway, such as through the UN Convention on Migratory Species, but such efforts need to be ramped up to avoid extinctions and maintain healthy wildlife populations. 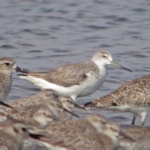 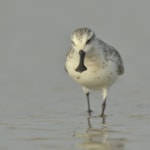