The annual results of the British Trust for Ornithology (BTO) Garden BirdWatch survey have just been published, revealing nearly five times as many gardens with Goldfinch but half the number of gardens with Song Thrush. How things have changed in 16 years!

Highs: Numbers of the dazzling Goldfinch in gardens have reached an all-time high. Far more householders saw this species in 2011 compared with 1995, when BTO Garden BirdWatch began. This meteoric rise has seen Goldfinches rocket from number 20 in the garden bird 'league table' to number 10. England topped the podium for Goldfinches in 2011, with 58% of gardens visited during a typical week, compared with 53% in Wales and 49% in Scotland. Meanwhile, Welsh gardens boasted the highest reporting rate for the handsome Bullfinch, which is coming into gardens increasingly. Scottish gardens were best for both Starling and Greenfinch, although numbers of these species in gardens across the UK last year were at their lowest in almost a decade. 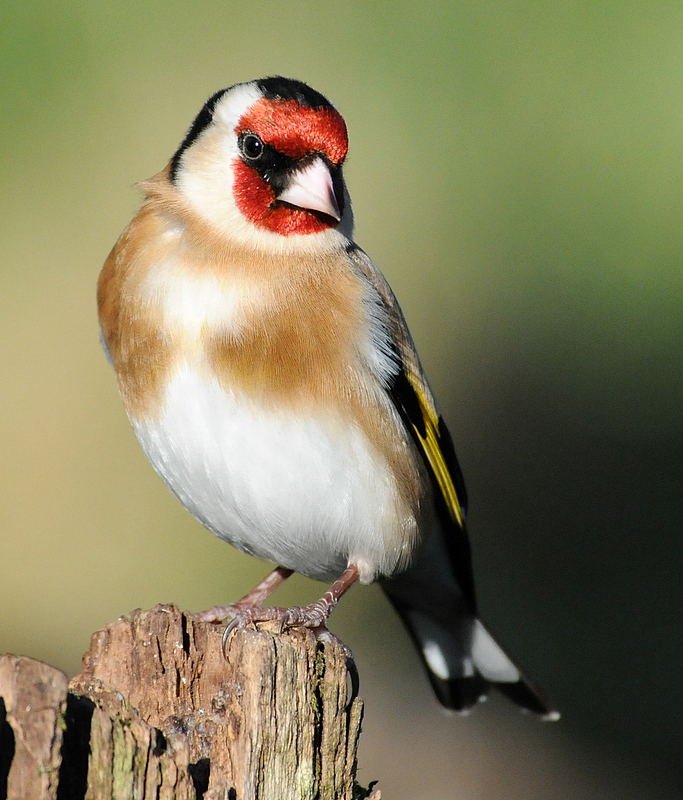 Lows: After a succession of cold winters, numbers of the diminutive Wren visiting gardens have dropped. Compared with the long-term Garden BirdWatch average, as calculated from 1995–2010, around one in three householders have now lost this beautiful songster. Another cherished voice that is ebbing away is that of the Song Thrush, with half as many gardens visited during a typical week last year compared with 1995.

Through the year-round recording of BTO Garden BirdWatchers, fascinating seasonal patterns have emerged. These volunteers keep simple weekly records of the birds in their gardens. During late winter in 2011, Brambling numbers soared, up by almost 250% on the same period in 2009 and 2010. Spring 2011 saw numbers of Goldfinch and Bullfinch in gardens rise well above the average of the previous two years, while numbers of Siskins spotted in gardens during last summer were up by a quarter. Gardens were relatively quiet during autumn and early winter last year, with thrushes particularly notable by their absence: Blackbird numbers, for example, were down by 41% compared with the same period in 2009 and 2010. To view average Garden BirdWatch reporting rates 1995 vs. 2011, please click here; or to view a breakdown of regional results, click here.

Dr Tim Harrison of BTO Garden BirdWatch commented: "With the Olympics just around the corner, it is appropriate that Goldfinches are leading the race into gardens. Improved foods and feeder designs, coupled with feeding pressures in the wider countryside, appear to be driving this and other farmland species, such as Bullfinch, Reed Bunting and Lesser Redpoll, into gardens. Every season and every region has its garden bird highlights. The size of the influx of Brambling last winter, for instance, exceeded all previous Garden BirdWatch records. English gardens are the best place to see species such as Blackcap and Long-tailed Tit, Welsh gardens Blue Tit and Robin, and Scottish gardens Tree Sparrow and Coal Tit. For every garden bird success story — such as Goldfinch and Bullfinch — there is, unfortunately, a species faring less well. Mistle Thrush, for example, is really struggling. During 2011 the percentage of gardens visited by this imposing thrush was at its lowest point in the 16-year history of BTO Garden BirdWatch, and it is now largely absent from gardens in Greater London."