Getting a handle on Spoon-billed Sandpipers

The Spoon-billed Sandpiper, one of the world's most threatened birds, could be rapidly heading towards extinction. The latest research outlines why, and what we can do to save this enigmatic species.

Evidence from the breeding areas indicates that the Spoon-billed Sandpiper declined by 88% between 2002 and 2009, making this one of the most rapidly declining birds in the world. BTO scientists have been involved in finding out why this might be and their findings have just published. 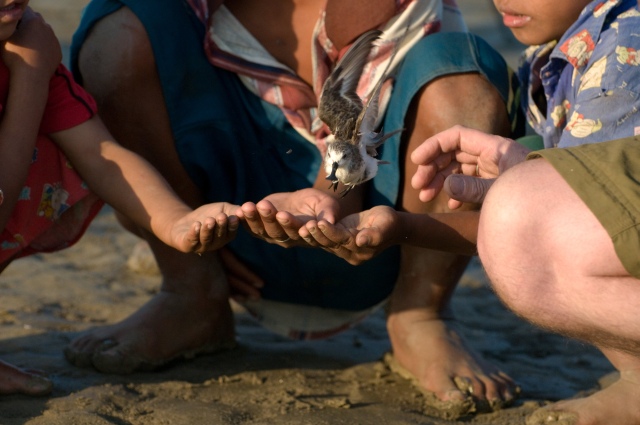 The entire breeding population, found in far north-east Russia, numbered around 1,000 pairs in 2002, dropping to just 120–220 pairs by 2009. Adult survival appeared unchanged over the same period and breeding success was reasonable. However, the recruitment of young birds back into the adult population was zero in all but one of the years studied.

Observations from the wintering areas confirm the declining trend, but until recently little was known about the wintering areas of the species. This resulted in expeditions to possible wintering areas to find out more. In both 2009 and 2010, around 200 birds were found wintering in the Bay of Martaban, Myanmar, constituting most of the known world population.

There was extensive evidence of the hunting of waders at all the sites visited. The majority of hunters met knew of Spoon-billed Sandpiper and probably caught them every year. For a species with such a small known population, it is likely that hunting in the wintering area is the major cause of the species' decline. This fact is exacerbated by the fact that the core wintering area happens to be in an area of high hunting pressure. 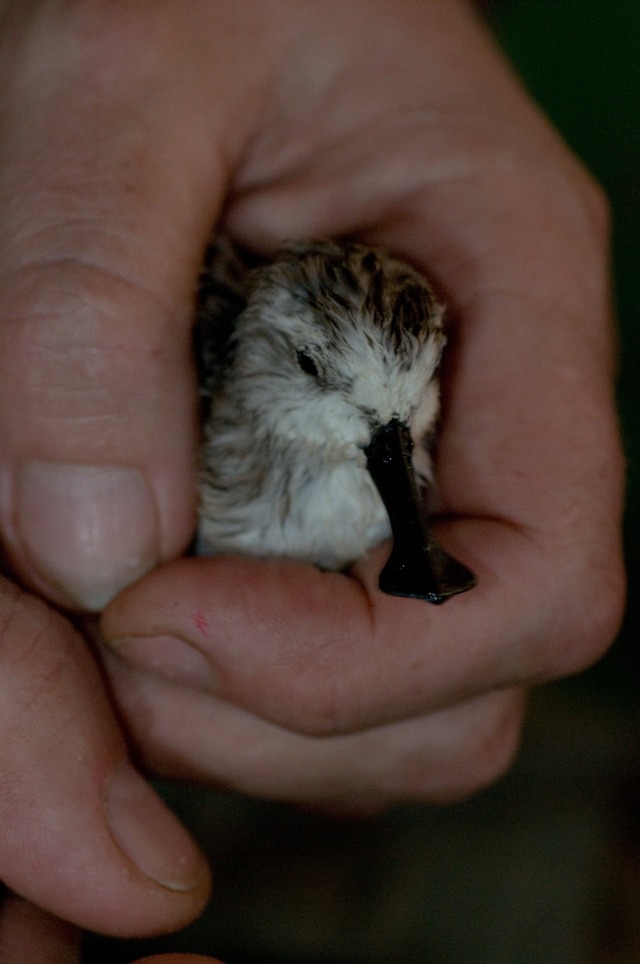 After leaving the breeding areas, young birds will spend the whole of their first year in the wintering areas. Anecdotal evidence points to increased hunting pressure on waders during the monsoon season (May–September), when fishing is difficult. This is when the adults are on the breeding grounds, making young birds them far more susceptible to hunting than adults.

Concerted international conservation action is essential if this species is to avoid extinction. This requires:

Dr Nigel Clark, Head of Projects at the British Trust for Ornithology and expedition participant, commented: "Urgent action is needed to find ways to give the local hunters economic alternatives to hunting. An awareness-raising campaign will also help to persuade hunters to release any Spoon-billed Sandpipers they catch. It is also vitally important to protect the habitats within the Bay of Martaban. Without urgent conservation action, the Spoon-billed Sandpiper could become extinct within 10–20 years."

Christoph Zockler, lead author of the papers, added: "Both papers illustrate the critical state of this species, which will be extinct in the next decade or so if the rate of decline continues. Fortunately the expeditions during the two winters found what is probably the main wintering population in the world, and we are confident that we can address the threats caused by hunting and trapping there."

He added: "There is some hope. Local people in Myanmar hunting waders for food are keen to co-operate with the Spoon-billed Sandpiper Recovery Team and find alternatives. This will help to halt the current state of rapid decline."

Hunting in Myanmar is probably the main cause of the decline of the Spoon-billed Sandpiper Calidris pygmeus
Wader Study Group Bulletin (2010) 117(1): 1–8