From the brink: saving the Spoon-billed Sandpiper

The Oriental Bird Club covers a varied and fascinating ornithological region stretching from Pakistan in the west to Indonesia in the east, and from Far East Russia in the north a north-east down to Sri Lanka and the Maldives in the south-west. Here club member Paul Pearson follows Andy Mears' recent article about Vietnam, with reflections on two very special encounters with a Critically Endangered shorebird in the OBC region and signposts a new article in the Club's current BirdingASIA journal on the ongoing fight to save it from extinction.

In the mid–1990s I caught the world birding bug. My first 'big trip' was to Thailand. On the first day, at Khao Yai National Park, I gazed dumbstruck at a gaudy Long-tailed Broadbill sitting motionless in the canopy above me, and my fate was sealed. My regular travelling companions became similarly obsessed by Asia and over the next decade or so we travelled together to Malaysia, Borneo, Sumatra, Philippines, Lesser Sundas, Thailand (again), Sulawesi and Sri Lanka. As I type this I can only think of that sequence in Raiders of the Lost Ark with the burnt line linking destinations across an antique and sepia toned map of the region. In 2000 we reached Vietnam, home of endemics galore but also the most charismatic shorebird in the world — the unique Spoon-billed Sandpiper.

We were certainly aware of the rarity of this precariously poised 'peep'. I've just checked a couple of classic birders' references of the time:

From Threatened Birds of the World (BirdLife International) published in 2000: 'Population estimated as c.4000–6000 individuals but records suggest it may well be well below 4000'. In other words, about 2000 pairs...

The population decline became much, much worse. By 2011 it was estimated that the world population of Spoon-billed Sandpiper numbered fewer than 100 adult breeding pairs, and that between 2002 and 2009 numbers had declined by about 26% per year. Books struggle to keep up with that rate of change and websites, social media and periodicals now play a key role in keeping the birding world informed.

Our Vietnamese Spoon-billed Sandpipers back in 2000 were at Xuan Thuy, on the intertidal mudflats of the Red River Delta. Despite quickly scoring a small flock of Black-faced Spoonbills, we then struggled to find any feeding waders at all in the maze of small islands making up the reserve. But after meeting some locals we managed to negotiate a ride with them to a different section of the reserve in their small outrigger boat. Shortly afterwards we located a mass of actively feeding shorebirds, and quickly waded ashore to begin the search. Minutes passed as we scrutinised the throng of Red-necked Stints and other small shorebirds feeding on the edge of an emerging sand island. Suddenly that unmistakable bill appeared and after a few moments we realised to our delight that there were in fact three Spoon-billed Sandpipers feeding just in front of us. Their feeding action was very distinctive, a rapid sideways hoovering of that extraordinary bill. So intrigued was I by this superstar shorebird that I barely looked at the Red-necked Stints swarming around them (the very same species I subsequently travelled many miles to see in the UK — the Cambridgeshire bird in 2001). However, as we headed back to the study centre in the outrigger, passing Pied Kingfishers and Eastern Marsh Harriers, I clearly recall the feeling of satisfaction of seeing a globally rare bird. I expect we then promptly focussed our attention on the next leg of our itinerary — was it to look for the recently rediscovered Grey-crowned Crocias? Possibly — but the point is that I had no great sense of destiny about the Spoon-billed Sandpiper or any sense yet of impending disaster. 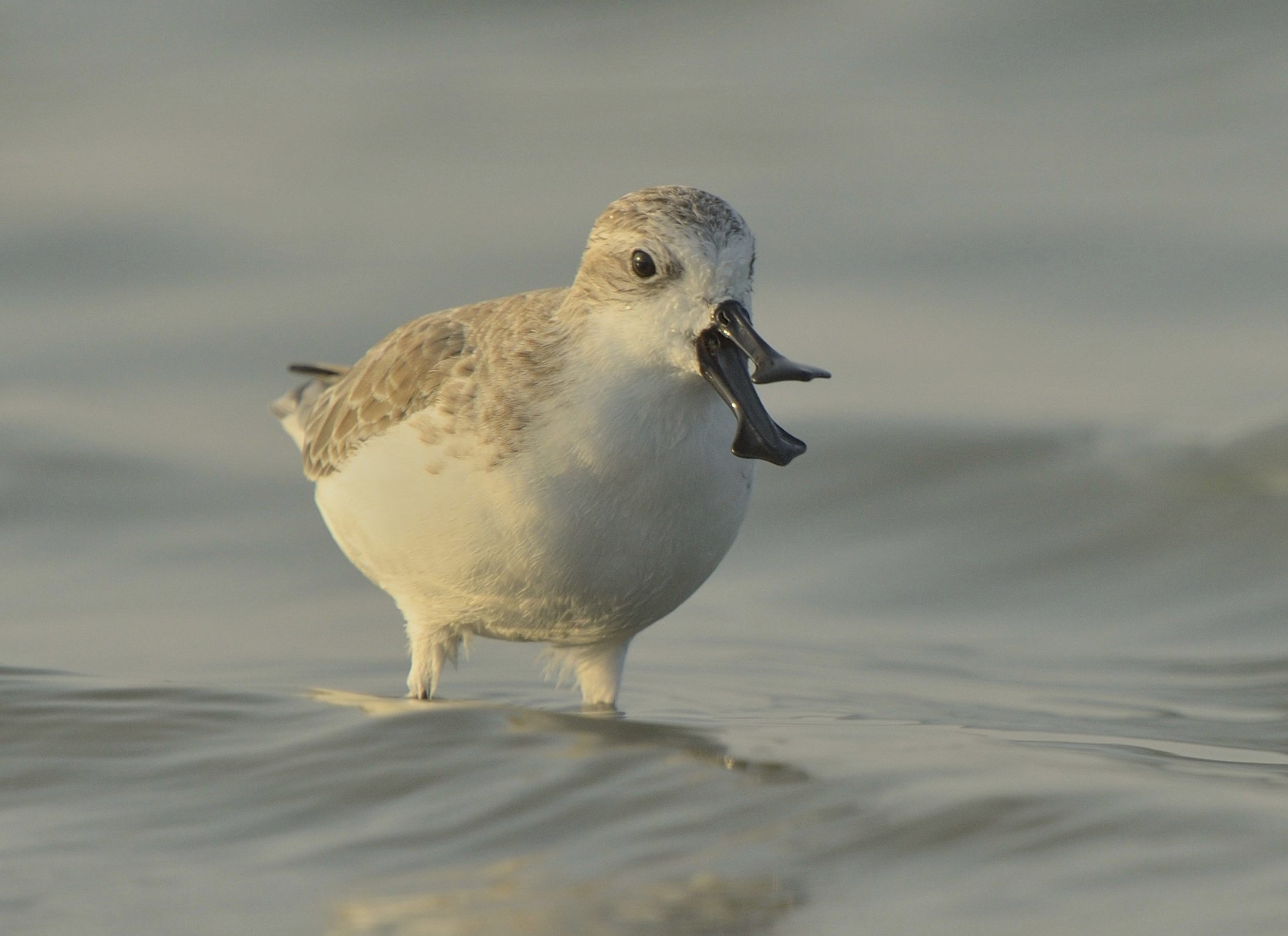 Fast forward eight years and I am on a return trip to Thailand, for now at least the last of my 'big' trips abroad before marriage and children came along. My friends and I made the short journey along the Gulf of Thailand from Bangkok to Pak Thale. No Xuan Thuy-like problems here locating our quarry; almost immediately we found a single Spoon-billed Sandpiper amongst the shorebirds gathering at the salt farms. I remember drinking in that monochromatic 'peep' under a blazing late-morning Thai sun. I also remember leaving the salt pans in a thoughtful reverie, a very different feeling from that of Xuan Thuy eight years earlier. This time it was relief: I had seen another in time — before extinction could sweep it away.

Towards the end of November last year I attended the OBC/BOC joint meeting at the Flett Theatre at the Natural History Museum. Debbie Pain of the WWT was one of the speakers that day and she held the packed theatre of oriental avifauna fans spellbound on the progress of an innovative international project to save the Spoon-billed Sandpiper from the brink.

Debbie has now written, with colleagues, an update article for the latest issue of BirdingASIA, the OBC's bi-annual magazine, which is just being circulated to members. It is a truly gripping account (in both the literary and birding senses) of the heroic actions of the dedicated project team spearheaded by RSPB, BTO and the WWT in the UK. It has updates on:

Have another look at the image of a superb breeding-plumaged individual on the Russian breeding grounds at Chukotka. You have to pinch yourself to believe that Spoon-billed Sandpipers in this same beautiful plumage are here, in the UK, just up the road in Gloucestershire. Although they are not available to go and see there, it is realistic to hope that these birds will be raising young at Slimbridge next year and supplying vital reinforcements to the beleaguered population risking it all both on the breeding grounds and on the Trans-Asiatic flyway. 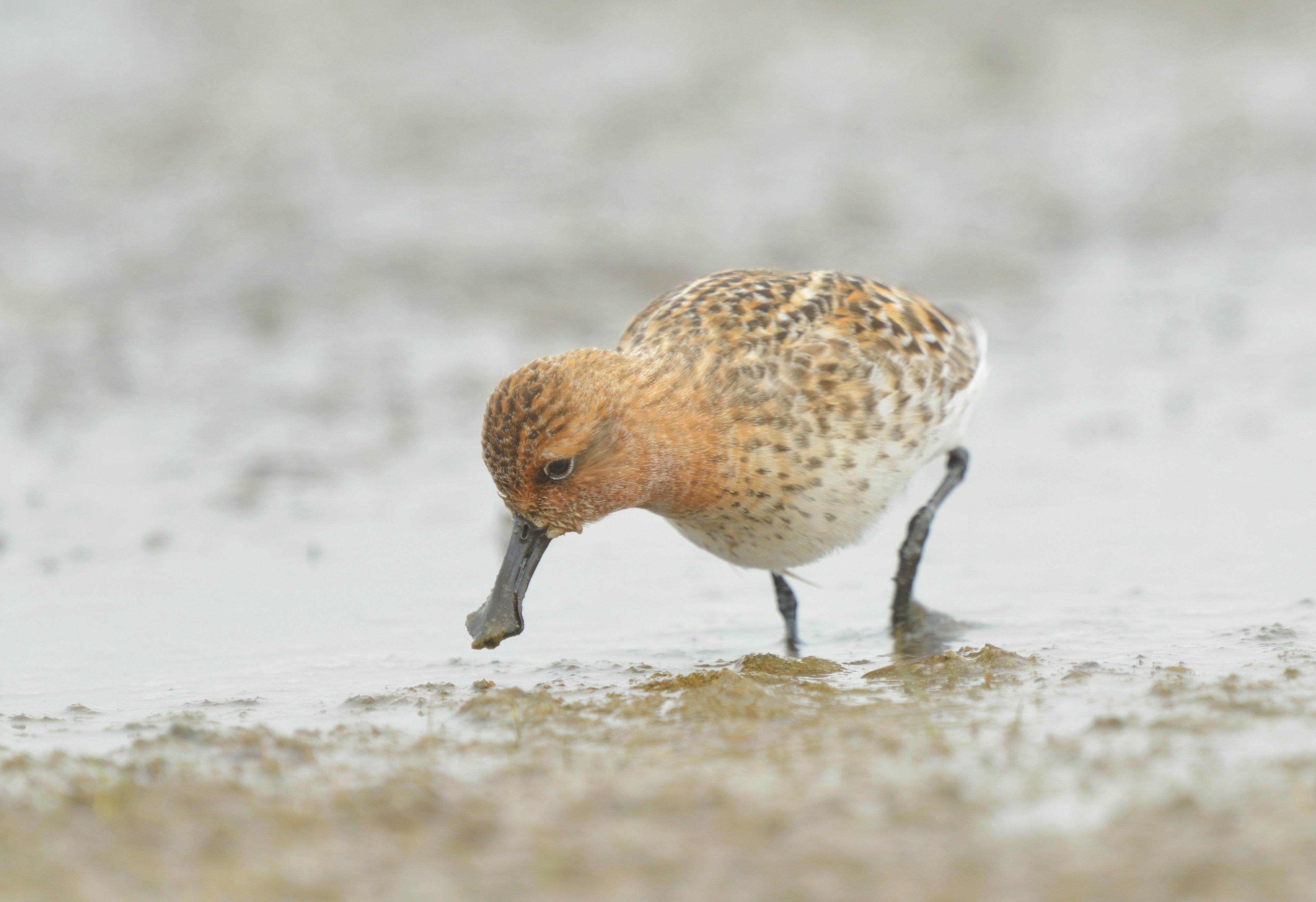 Finally the video 'Journey of Spoon-billed Sandpiper' is an innovative exercise in 'crowd conservation'. The project involved 500 children and helpers from 12 areas and 8 countries (Russia, Republic of Korea, Japan, China, Vietnam, Thailand, Myanmar and Bangladesh). Children helped by colouring in each animation picture by picture. About 1200 'cells' were coloured before being used to make this charming animation. It looks like the next generation might be with us.

Lets just hope that 'Spoonie' can hang on...

The Oriental Bird Club (OBC) is a volunteer-run registered charity that aims to encourage an interest in wild birds of the Oriental region and their conservation. It seeks to promote the work of regional bird and nature societies, and to collate and publish information on Oriental birds.

OBC publishes their BirdingASIA magazine twice annually; it's a world-class publication covering all aspects of Asian birds, birding and conservation, with plenty to entertain anyone with an interest in Asian birds, including of course UK birders interested in Asian/Siberian vagrants. The OBC also publishes Forktail magazine annually, a respected periodical which focuses on longer and more in-depth scientific papers.

If you'd like a FREE sample copy of BirdingASIA, please just email your home address to chrisgooddie@me.com. There is no postal charge either, and no obligation to join. The offer is open while stocks last, max one copy per applicant.

If you would like to join the OBC to help avian conservation in Asia, please just have a look at the Oriental Bird Club website.