Focus On: Waxwings – coming to a car park near you

With the first snow and frost of the autumn in some parts of the country this week, it certainly felt like winter for many people. Perhaps a taste of things to come, the wintry weather was accompanied by the biggest arrival in years of Waxwing, one of our most distinctive and popular winter visitors.

Following a few reports along the coast of East Anglia last week, birds flooded in on Sunday and Monday. On those two days alone, over 2,700 birds were reported in Scotland, with many smaller flocks along the English east coast. The biggest flocks were reported on Tuesday, with 480 in Pitlochry and 320 in Aberfeldy. Many of these have been reported directly to the BirdGuides news service, which is painting an impressive picture of the scale of the arrival. 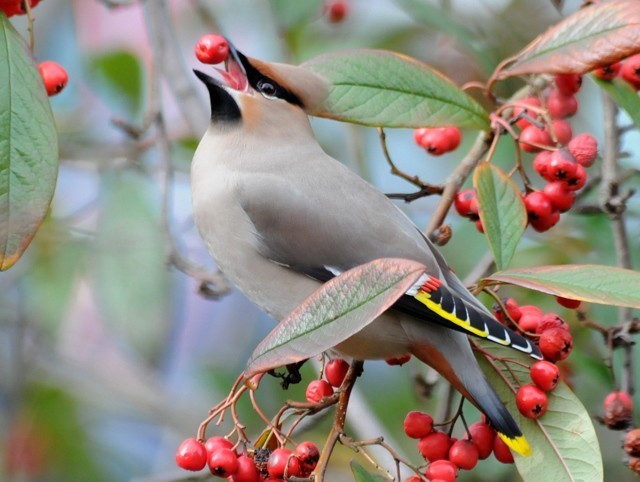 These Nordic nomads are an 'irruptive' species, only arriving in numbers in certain winters, dictated by food availability in Scandinavia. The last big invasion years were in 2008 and 2004.

Table 1. Number of individual locations reporting Waxwings over the last 10 winters, demonstrating the irruption years of 2004 and 2008.

Normally birds arrive in the north and slowly filter through the country, but this winter they all seem to have arrived en masse. However, there are remarkably few birds south or west of a line between the Isle of Man and London; so many observers will still need to wait a bit longer for their first Waxwings. 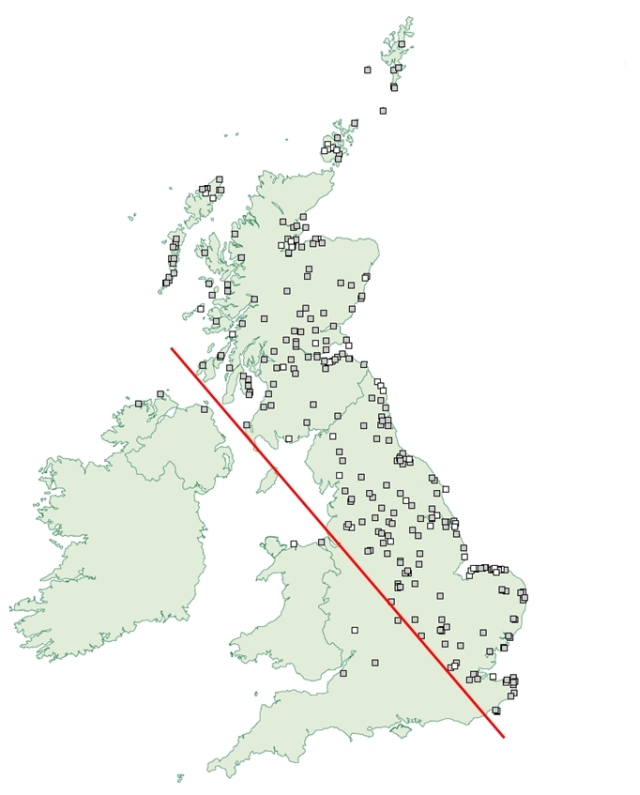 The BirdGuides BirdMap showing the spread of Waxwing records over the last week.

Waxwings can be very confiding, allowing a great view of their eponymous waxy wings. These waxy tips are actually the extended shafts of the feathers, and the number seen will identify the age and sex of the bird, ranging from none on young females to eight on adult males. Listen out for their distinctive trilling call too, sounding oddly reminiscent of "sid-little".

These delightful birds also have a penchant for bright red and orange berries on ornamental trees, and turn up in the strangest of places. So keep an eye out for them in a supermarket car park near you, and to find out why you'd be 10 times better off shopping at Morrisons than Lidl, check out Julian Hughes' hilarious article.

If you are lucky enough to see any of these pink punks, you can help track the invasion by submitting them via our online form or by reporting them to BirdTrack. The BirdTrack animated maps for Waxwing allow you to see both your own records and those of other observers and will provide captivating viewing over the next few weeks. In particular the timing and direction of any dispersal of the birds that have already arrived will be fascinating to follow. 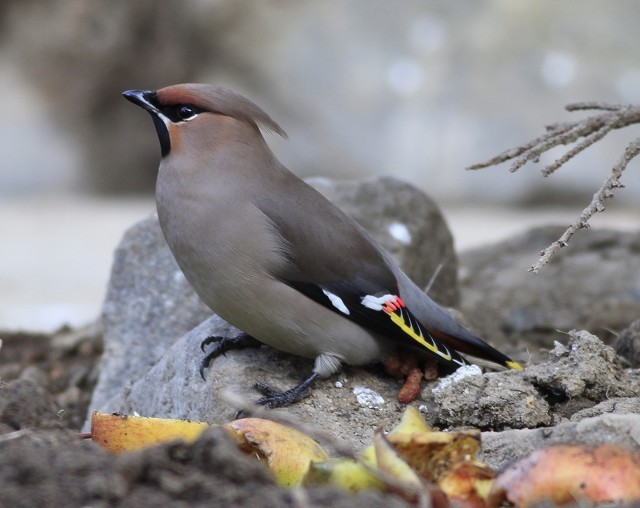 Due to their catholic habitat tastes, Waxwings have a tendency to turn up at 'unbirdy' locations, as opposed to more familiar birding spots. However if you do encounter Waxwings during a visit to a birding site and can add your sighting to BirdTrack as part of a complete list of species seen, such records can then to contribute to the reporting rate graphs. These graphs provide accurate arrival/departure dates for migrants and are likely to prove crucial in the monitoring of changes to migration timing over the coming years.