Focus On: separation of Red-knobbed Coot and Coot 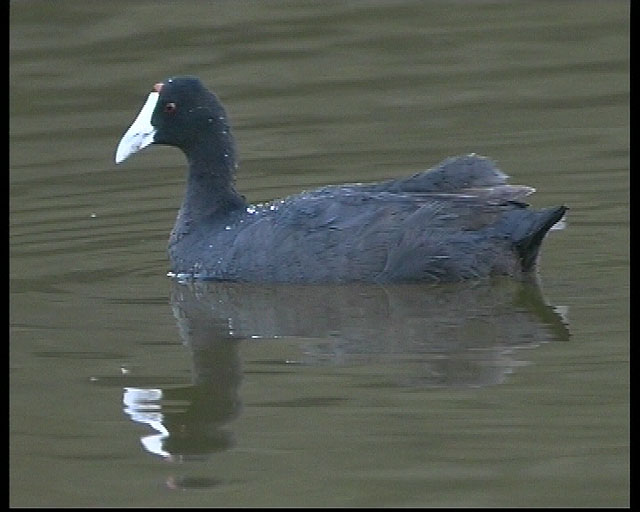 Although the Red-knobbed (or Crested) Coot is one of Europe's rarest breeding birds, it is, perhaps, not among the most glamorous. With a fragmented global distribution, the main population is located in eastern and southern Africa, and a much smaller isolated population is found in the western Mediterranean. The European population, at the northernmost extreme of the species' range, numbered 80 pairs in 2002, all of which were in Spain.

During the 20th century, the range in the western Mediterranean decreased significantly with a corresponding marked decline in the population. Fewer than 10,000 individuals were estimated in the mid-1990s. In Morocco there are an estimated 500-1,000 breeding pairs. Mid-winter counts of 2,000-3,000 were observed there in the 1980s but these had declined to 600-1,000 in the 1990s. Within this region, declines have been mainly due to habitat loss, whilst hunting has also contributed. 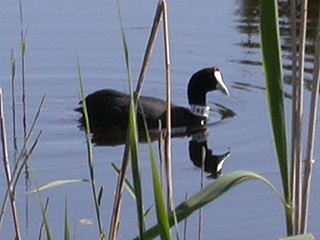 The vulnerable Spanish population was recently supplemented through the release of captive-bred birds, plus reintroductions also took place on Mallorca, at S'Albufera, where 20 captive-bred individuals were released in 2004. Birds from the Spanish reintroduction scheme carry a white PVC collar with black letters. Some of the older-marked birds wore a black PVC collar with white codes. As a result of the reintroduction scheme, the species has been recorded well away from its usual breeding grounds, ranging to Galicia in the extreme northwest corner of the Iberian peninsula, to Catalonia in the northeast. Occasional reintroduced birds have been found inland but they have tended to spread along the Mediterranean region, particularly so in the regions of Andalusia and Valencia.

Where to see Red-knobbed Coot in Spain and Morocco

In Spain the stronghold is in the Doñana and surrounding areas, as well as the Valencia area. There is a very small population irregularly breeding in Catalonia in the Ebro Delta where there are currently around 5 birds. Red-knobbed Coot has been seen from time to time at Llobregat Delta, Barcelona and there is currently a bird at Ivars Lagoon, Lleida (the 1st record for this inland Catalonia province).

Morocco easily hosts the largest, and most important, population of Red-knobbed Coot in the western Mediterranean. However, it is locally uncommon and rapidly declining. It breeds in Lower Loukkos marshes and at Sidi Bourhaba and is locally common on lakes in Middle Atlas. It has bred near Merja Zerga and other sites, some of which have since been drained. In winter the main concentrations are in the coastal wetlands, though some stay in the mountain lakes. The regional population is estimated to be in the order of 5,000 birds, though some huge gatherings have occurred, such as 3,000 at Marais Bas Loukkos in the midwinter census of 1991.

Many of the key sites for this species are described in detail, with clear maps, in the books Finding Birds in Southern Spain and Finding Birds in Northern Morocco by Dave Gosney (both available via our e-store).

Behaviourally, the Red-knobbed Coot tends to be less conspicuous than its familiar congener, the Coot, keeping more to cover, with less inclination to venture into open water. Structurally, and plumage-wise, the two species are very similar. Hence they can be difficult to separate at a distance, or outside the breeding season, though Red-knobbed Coot is slightly bulkier, with longer wings and neck. The actions of the two also differ; Red-knobbed appears as though it doesn't have the energy to keep its head and neck upright, almost as though an invisible puppeteer is controlling its movements!

These differences, and indeed those of any confusion species can be fully appreciated through comparison of both side-by-side. Extensive footage of Red-knobbed Coot can be seen on BWPi 2006. This is a supplement to BWPi which adds new video clips, new sound recordings, updated population details and more species texts from BWP Update, in such a way that the new material appears within the menus of the current BWPi. For further details go to www.birdguides.com/bwpi.

Many thanks to Ricard Gutiérrez of Rare Birds in Spain.