The Great and Little Bustards are proving quite elusive this year: some days they can be seen at their usual sites but other days cannot be found anywhere; though I did find a group of over 400 Little Bustards quite close to a main road with some males just starting to get their black waiter's uniforms, and a few jumping in their breeding displays already. I also observed a large male Great Bustard feeding a juvenile, which apparently hasn't been seen before. Black-bellied and Pin-tailed Sandgrouse give themselves away with their unique but ventriloquistic calls, and after careful searching can be quite easy to spot in the short winter grass once you know what to look for among the similarly coloured stones. 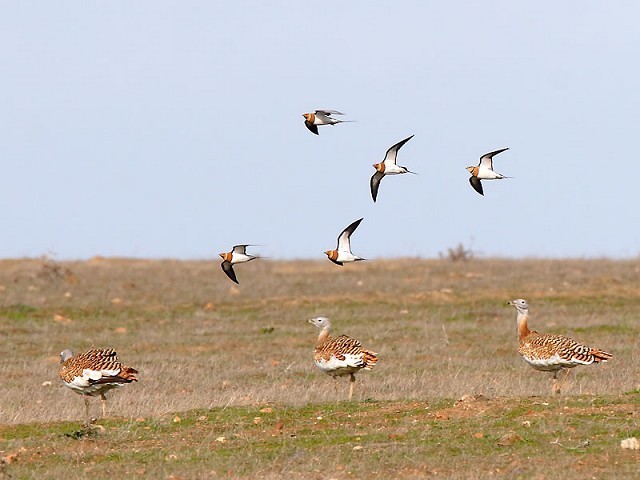 The Griffon Vultures are busy claiming new nest sites and repairing old nests, even stealing the most obvious Black Stork nest. The regular Spanish Imperial Eagles have also been seen carrying nesting material to their site, and will soon be displaying loudly. 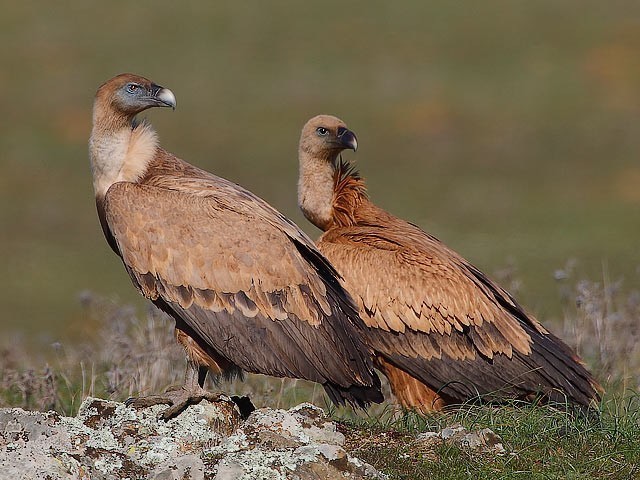 Crane numbers seem to be down this year but that could be due to loss of their usual roosting habitat and their finding alternative accommodation in a less disturbed area. A recent visit to the rice fields produced well over 200 Water Pipits in the same small field with the usual numerous White Wagtails, along with many hundreds of small waders including Dunlin, Kentish Plover, Golden Plover, Little Stint, Spotted Redshank, Ruff, Black-winged Stilt and, a big surprise, ten winter-plumaged Sanderling that must have been blown off course by a weather front — they are a rare bird here. There have been a lot of Greenshank wintering here this year, far more than I can remember in the past. 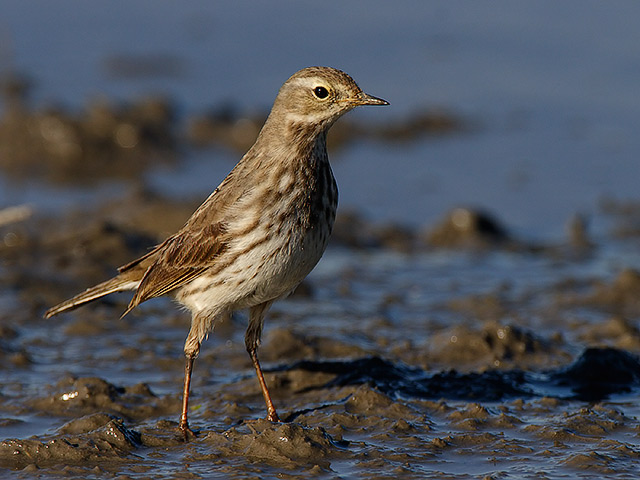 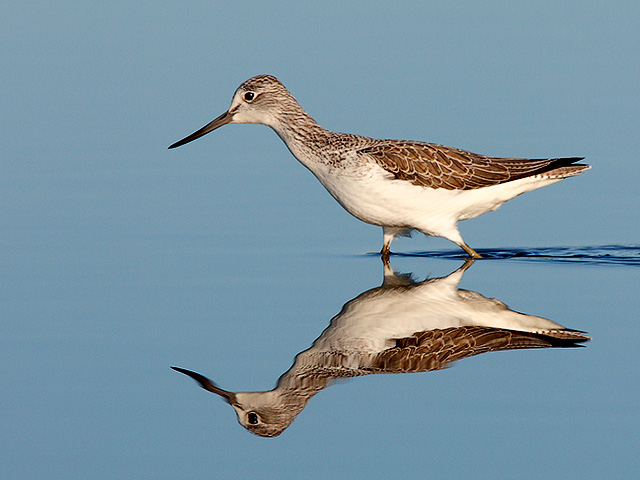 The large reservoirs such as the Embalse de Sierra Brava, Arrocampo and Valdecanas have their usual complement of waterfowl: well over 30,000 Shoveler, hundreds of Pintail, Gadwall, Mallard, Teal, Wigeon and Great Crested Grebe, up to a dozen Black-necked Grebes, a couple of well-seen Great Bitterns, and many Marsh and Hen Harriers. 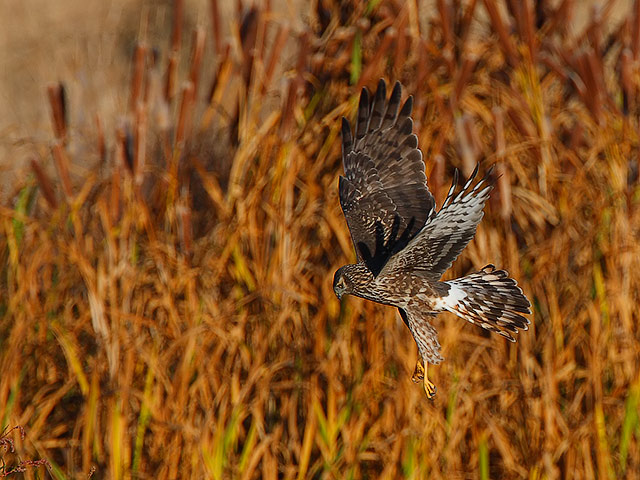 Bluethroat and Alpine Accentor have been quite hard to find this winter too, probably due to the lack of snow on their summer haunt, the Sierra de Gredos. A recent local hunt for Alpine Accentor produced none but, in a large flock of Chaffinch, I found a nice Brambling — a rare bird here in Extremadura. The town centre of Plasencia now regularly holds a wintering pair of Black-bellied Dipper, along with Wryneck, Lesser Spotted Woodpecker, Kingfisher, Grey Wagtail, Hawfinch and Penduline Tit. 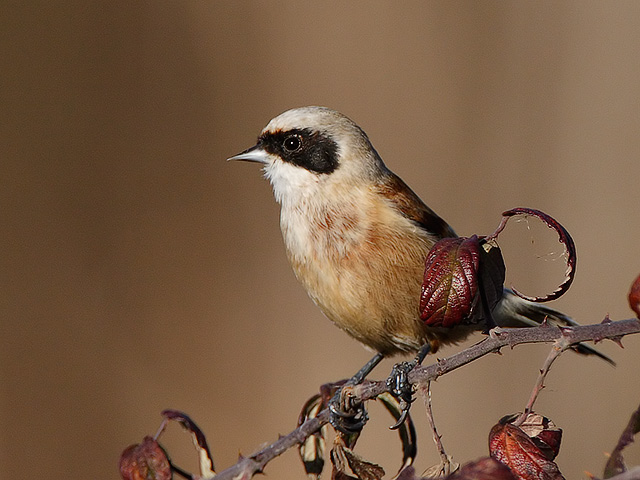 Great White Egrets are becoming more common here now: the first breeding of this species here was recorded last year, although it has been suspected for some time. A flock of 14 drifting slowly over was still a very unusual sight, though the local overwintering bird can always be relied on to be in the same place. White Storks were quite late returning to their nest sites this year, although many more are now wintering here instead of partaking in the long arduous journey south, along with many Little Bitterns, Squacco and Night Herons who also chose not to travel. A very pale Long-legged Buzzard was a good find, but of course as soon as I stopped it soared off to frolic with a couple of Red Kites, before disappearing; all three were watched by a Black-shouldered Kite who thought it couldn't be seen as it hid in the top of a small oak tree. 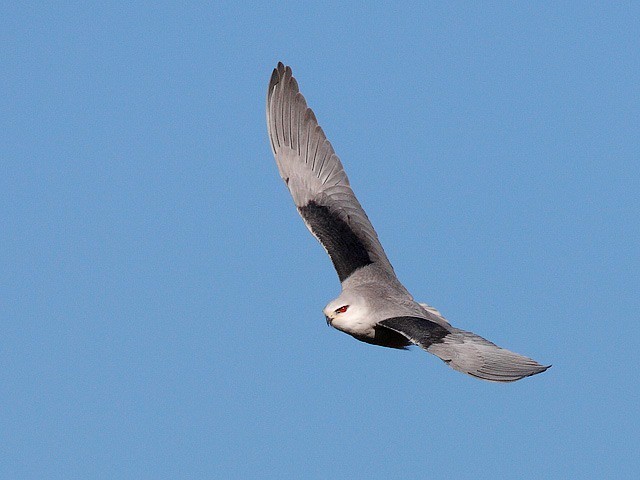 Juvenile Red Avadavats seem to be everywhere now after an apparently successful breeding season in November. The males are now fading from their superb red feathering, keeping just the red rump. The one-footed male Black Redstart is back in the garden for the third year, with his mates: a male Sardinian Warbler, a Robin, a couple of Blackcaps, a surprise Grey Wagtail, and a gorgeous male Blue Rock Thrush, who is normally seen flitting about the roofs but this year is coming very close to the door for the fallen olives. His song is already being mimicked by the Spotless Starlings, who are brilliant at Buzzard and Golden Oriole, always making me look twice when I hear them singing.

I often see Barn Owl in the village as they drop into the tops of olive trees to try and catch the sleeping sparrows, and I've recently been hearing an Eagle Owl singing — a neighbour told me he had seen one sitting on my roof the other night. I'll have to get up on the terrace and see if I can get some close views. The first of the year's migrants have arrived already: a few Great Spotted Cuckoos have been seen, always the first to arrive, usually males to suss out where the Magpie nests are and to plan their assaults for some devious egg laying. There is plenty of food already, with Oak Processionary caterpillars everywhere. February will see the next arrivals: the Lesser Kestrels, always a good sign of warmer weather to come. Next month will be quite busy with guiding, illustrated talks and a bit of teaching, along with the village carnival. The day after is guaranteed to be a lie-in after a long night — the Spanish certainly know how to party.