We are very grateful to everybody who has taken the trouble to send in information about their House Martins. Brett Westward, from the BBC Radio 4 World on the Move series, and I had been talking about the apparent lack of birds this spring and I was delighted to be asked to work with the programme-makers to develop the House Martin Survey. BTO colleagues quickly developed a questionnaire and we were pleased when over 1000 people sent us their data. I hope that you enjoy reading about the results of this year's survey and the anecdotes that people have kindly shared with us. 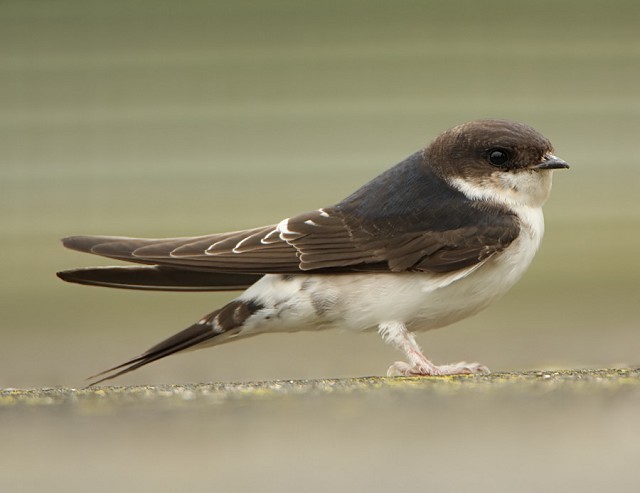 Key points from the survey:

You can download the BTO's House Martin newsletter (as a 645KB PDF) here.

We were keen to know where House Martins were breeding so that we can produce a House Martin map for the new national Bird Atlas project. The aim is to create an up-to-date distribution map for every species in Britain. House Martins are really difficult to pin down; although some places always have loads of House Martins, other colonies can move about from year to year. 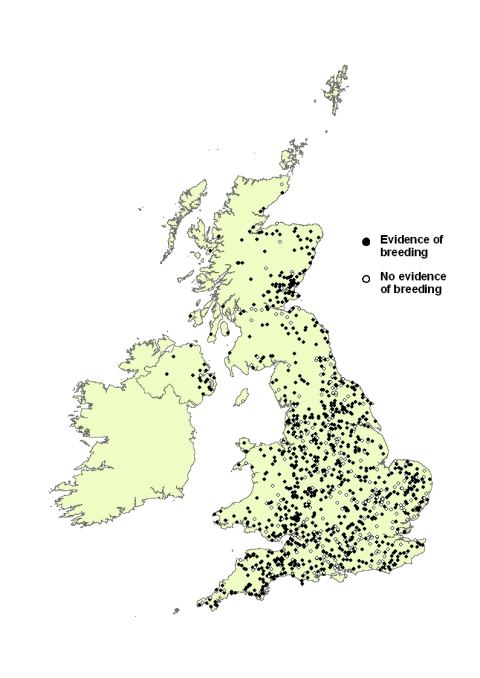 Sites where active House Martin nests were reported or absent in 2008
Map: BTO.

A poor year for Swallows and House Martins?

House Martins, like Swallows, spend the winter in Africa but probably not quite as far south. The theory is that British and Irish House Martins spend our winters hunting for insects over the forests of equatorial Africa. However, these are thinly populated areas and we have virtually no reports of BTO-ringed birds from south of the Sahara. We do know that, just like Swallows, they fly north in the spring, crossing North Africa, Spain and France and arriving here in April and May. Birdwatchers contributing to BirdTrack, the joint BTO, RSPB and BirdWatch Ireland project to collect bird records, were worried that far fewer House Martins made it back this summer. They wondered if they had been adversely affected by poor weather in southern Europe during the spring. In fact, as you will read in the House Martin newsletter, there seem to have been only local declines. Many people did note that birds were very late in arriving. 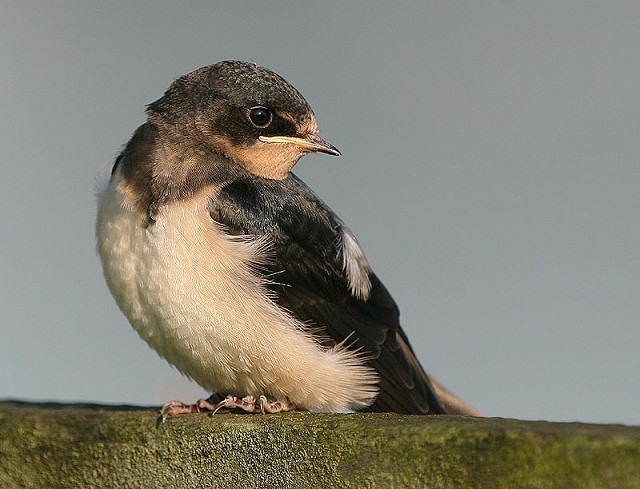 House Martins are hard to understand. Some people say that they will take readily to artificial nests, saving themselves a good ten days of nest building, but in other colonies the concrete homes are ignored. We received some interesting comments from people who had tried artificial nests—successfully and unsuccessfully.