Dominic Mitchell: once in a lifetime

All birders dream about those special moments or rare encounters they might one day experience. But even in my wildest dreams, one that I never imagined was watching a Bearded Vulture soaring against a backdrop of English moorland. This year's summering bird in the Peak District is truly extraordinary.

I first heard about this itinerant raptor when it was seen on the near-Continent, initially flying over Alderney in the Channel Islands, and then France, The Netherlands and Belgium. Social media posts at the time jokingly suggested that its next stop might be Britain, but that seemed highly unlikely given the lengthy sea crossing this would entail. Bearded Vultures clearly do not shy from a challenge, however, as the bird was later seen passing over the garden of an astonished birder in the West Midlands before it settled in the Peaks.

No matter how unprecedented an event a twitchable Bearded Vulture in South Yorkshire might seem, I didn't plan to go and see the bird. Was I being blasé? Possibly – having seen the species several times overseas previously, somehow one near Sheffield didn't quite cut it. But within a few days, my thinking began to change.

As more and more birders began to make the pilgrimage, I realised this was much more about the prospect of seeing a genuinely spectacular species in the wild in Britain than a tick on lists (especially since the only other record in Britain languishes in Category E of the British Ornithologists' Union's (BOU) list). For many, an encounter with one of Europe's largest and most sought-after raptors on their home turf was going to be a once-in-a-lifetime experience, a moment never to be forgotten. 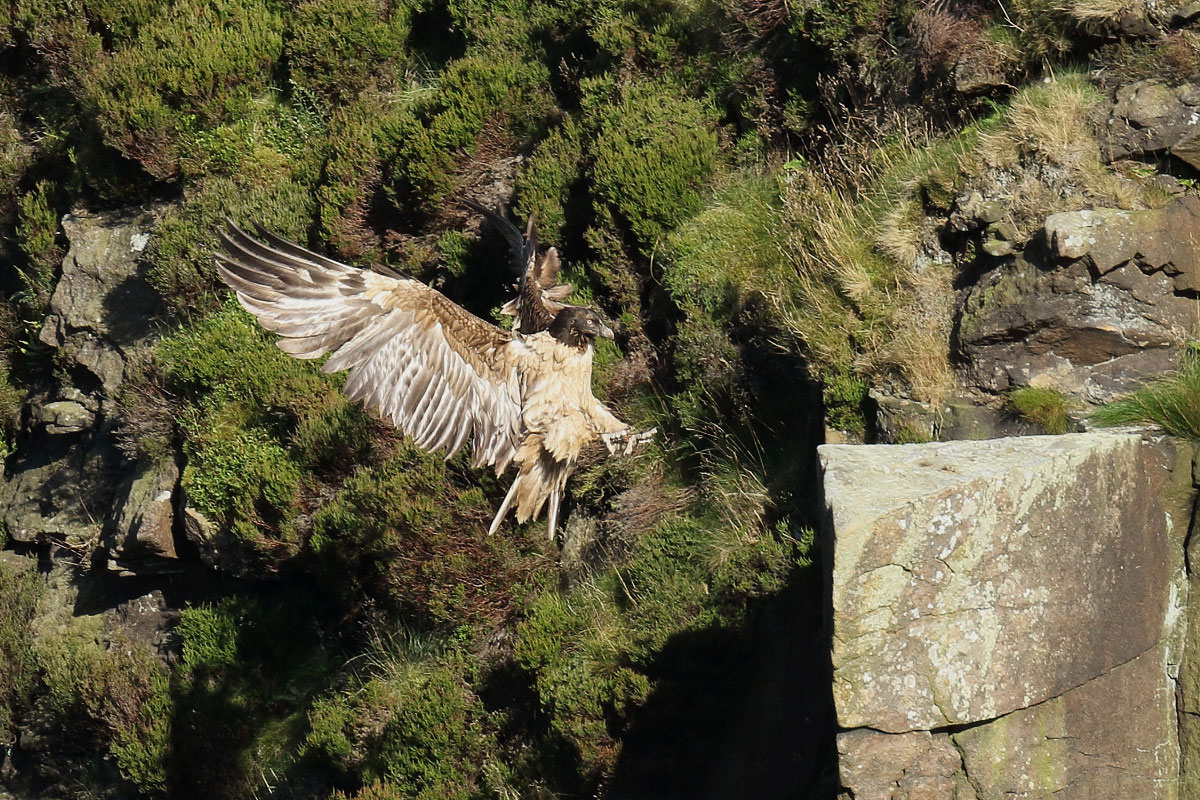 Whatever its eventual status on the BOU's British list, the Bearded Vulture roaming the Peak District is unquestionably spectacular and will be the highlight of the year for many (Dominic Mitchell).

Origin of the species

Nor did it seem to matter whether or not its forebears were reintroduced to the Alps, a mountain range occupied by Bearded Vultures for countless millennia until Man exterminated them. A reintroduction programme was started in 1986 and, several generations later, birds with a longer history in the wild than England's Red Kites continue to breed successfully in the region. The vulture that made it to the Peaks is unquestionably wild, a one-year-old spreading its wings and discovering a world way beyond its home range.

The BOU took a different view on the previous Bearded Vulture to reach Britain. That bird was also in its second calendar year and appeared at multiple sites in 2016, but it never settled. Announcing its verdict on the record two years later, the BOU's Records Committee commented that “it seems highly likely that all these wandering Bearded Vultures derived from introduced Alpine populations, which are slowly increasing but as yet not self-sustaining”.

This is now known to be incorrect, as research has shown that the population in the Alps has been self-sustaining since 2006; what may have confused the picture, according to Hans Pohlmann of the Vulture Conservation Foundation, is that a small number of ongoing releases have been made to increase the genetic diversity of the reintroduced population and to help connect different sub-populations.

Whether that will now satisfy the BOU remains to be seen. And either way, fine – their list, their rules. But it doesn't actually change anything about the bird itself. I reflected on this during the 7.5-mile return hike across Howden Moor late on one sunny July day, after I had finally resolved to see the bird. An anxious wait came to an end with the extraordinary sight of this huge predator drifting in from the east and circling right in front of me before eventually settling on its favoured crags.

I never thought I'd see a sight like that without travelling to some far-flung mountain range, and I'm so glad that I made the effort. A wild Bearded Vulture, in the wild, in Britain – it doesn't get much better than that. 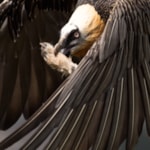