Defending the patch - the fight to save Beddington Farmlands

Beddington Farmlands is my local patch, says Peter Alfrey. A 400-acre expanse of south London currently used for waste management, it is also being restored as a public nature reserve. The area hosts significant wildlife populations and 256 bird species have been recorded, among them important breeding birds including up to 25 pairs of Northern Lapwing and, until recently, one of Britain’s largest Tree Sparrow populations. It’s ironic that a refugium for farmland birds has sprung up within built-up south London, but the site has been spared from agricultural chemicals, allowing once-common arable weeds to flourish along with invertebrates and the birds that rely on them.

Click on the image below to access a PDF to continue reading about the campaign to save Beddington Farmlands. 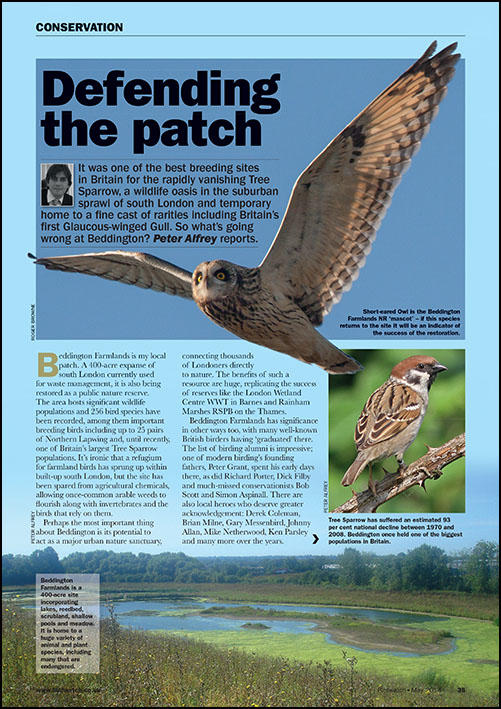