Cetaceans up close: Humpbacks in Shetland

How often do we travel to far-flung and exotic locations and continents in search of wildlife? I know this is something I personally used to do and enjoyed immensely. But to see species that may otherwise lure us overseas right here on home turf takes some beating. For example, if planning a trip for the best encounters with Humpback Whales, you might consider distant destinations such as Antarctica, Baja California, Hawaii or Iceland — but what about Shetland in mid-winter?

This set of images was taken just last week off Yell, Shetland. Over the past three weeks there have been up to four Humpbacks inshore between Yell, Fetlar and Unst. They have especially favoured the stretch of water south of Hascosay off Vatster and further south along east side of Yell. We've enjoyed sightings of Humpbacks moving north through this area into Bluemull Sound several times now in recent winters (with mid- to late winter appearing to be peak time), but this year they have hung around.

What we were amazed to find on 2 December, the day we took a boat trip with Peter Hunter out to look for them, was that the area they are favouring most was virtually solid with mackerel shoals, often reading on the sonar down to a depth of 30m — a mass of mackerel from surface to sea floor! Though we could not say whether the whales were actually feeding, it looked as though they were. In total we spent about two hours with them before needing to head home — days are short here in December and the mid-winter sun had started to set. I feel really lucky to have seen 'Humpies' many times in Shetland, and indeed in some truly awesome locations such as Antarctica, but this was an encounter I will never forget. 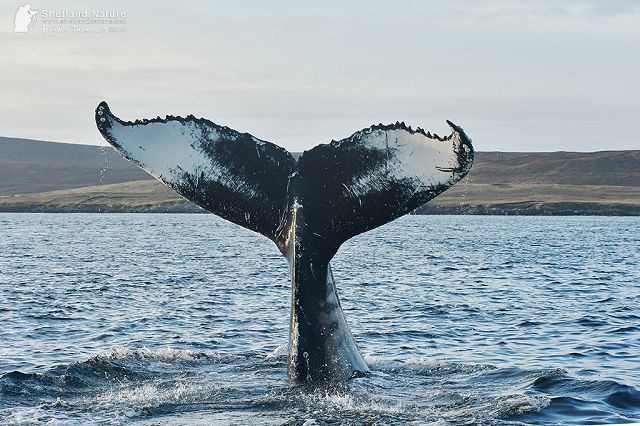 They appeared completely at ease with the boat and our presence. Obviously, taking a responsible approach, we would cut the engine and drift, with the whales repeatedly working a circuit, they'd come right to us, often surfacing as close as 10 metres from the boat, when their blows sprayed our very faces. They passed many times right under us, the ghostly form of the white pectoral fins clearly visible just a few metres below. 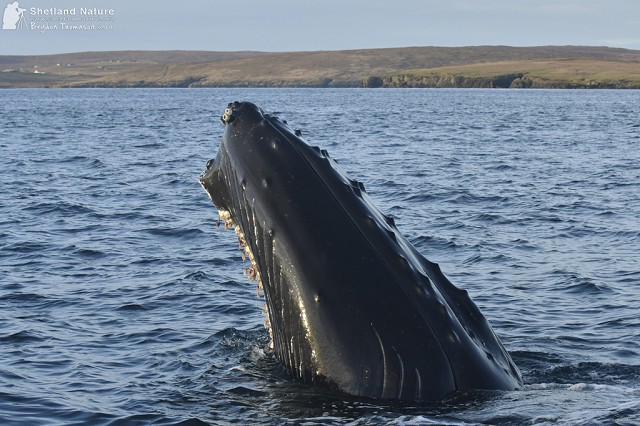 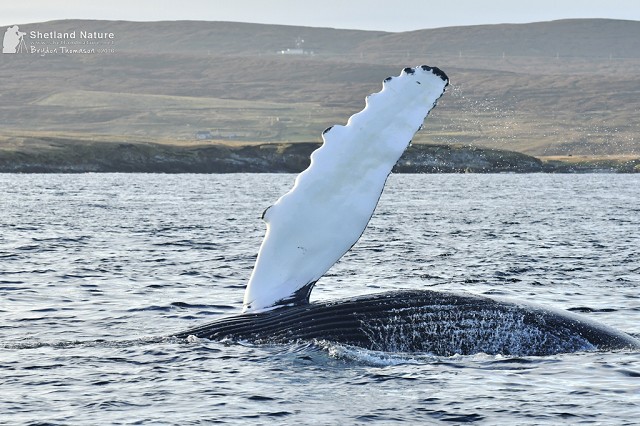 Seeing any cetacean at close quarters is a true privilege but this day they took the show to another level and really did perform. It was as if they wanted to show us everything they had. Spy-hopping, pectoral fin and tail surface slapping, the characteristic and iconic tail flukes and, best of all, the positively epic full breach. 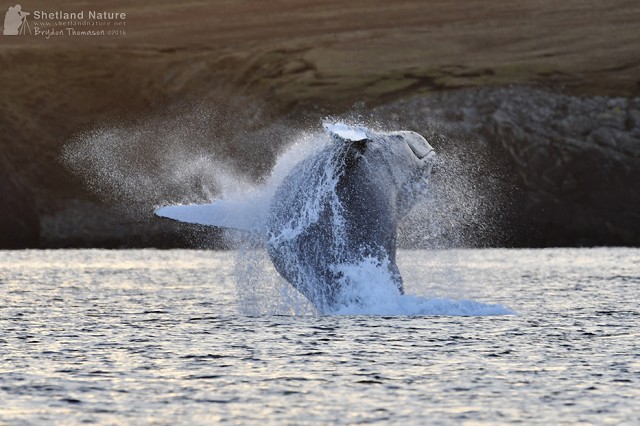 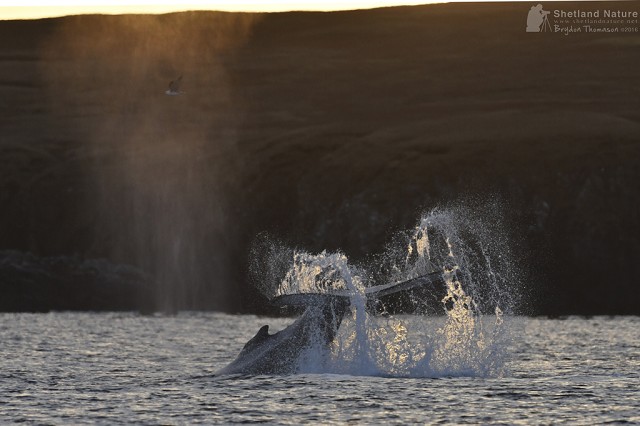 I was particularly intrigued by the tail slapping. I'm far from being any sort of cetacean expert, but I assumed that, as with Killer Whales, which I often see tail slapping, it would be in some way related to feeding technique or just for fun, but it appears it is also thought to be a means of communication. This would make sense as the four whales, paired off in twos (but seen together on other days), kept quite some distance from each other, usually at least half a mile or more while we were there but always in the vicinity.

It is clear that Humpback Whales are becoming increasingly regular in British waters. Over the past decade sightings have increased, particularly off North-East Scotland, the Western Isles and indeed the Northern Isles — we are now seeing them annually here. With the population recovering well in the North Atlantic it is quite probable that occurrences will continue to rise. However, it is not yet clear whether British sightings involve western or eastern Atlantic populations although the latter, including Norway and Iceland, seems more likely. These areas have seen significant increases in herring and mackerel populations, so it may tie in with why they are here too. Who knows, perhaps they are now present inshore year-round, which would explain the sightings throughout the seasons. 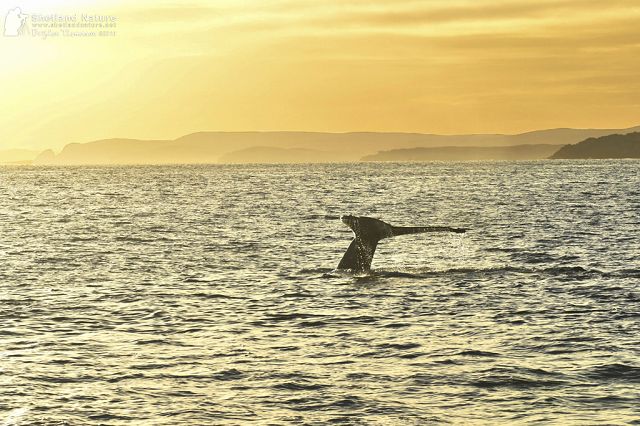 I have sent images of each whale to the Sea Watch Foundation and North Norwegian Humpback Whale Catalogue project for identification purposes and very much look forward to seeing if they come back with any matches.