Catching up with a Collared Pratincole

Birding has everything – highs and lows, twists and turns, frustrations and elations. The appearance of a Collared Pratincole in north-west England in April and May 2021 had them all.

This bird was in all probability first seen briefly and in flight by Hughie King on 19 April at Cors Ddyga RSPB on Anglesey, North Wales. He considered his views not good enough to enable him to claim the bird to species level.

On 22 April, I travelled to my local patch of Leasowe lighthouse and the surrounding area, situated on the north Wirral coast, for a day's birding. As with many west-coast migration sites the birding can be very slow, but Leasowe has over the years provided the occasional stonking rarity – such as Common Nighthawk, Pied Wheatear (read Allan Conlin's article here), Iberian Wagtail (more here) and Asian Desert Warbler. It is partly for this reason that a dedicated band of patchbirders regularly cover the area.

The morning proved rather quiet for me bird-wise – a usual state of affairs – and I decided to go to the local café for lunch. On walking back, I decided to head west along the sea embankment rather than my usual route alongside Kerr's Field. As I did so I had a distant view of Kerr's and noticed two birders peering intently into it. I was too far to see what they were looking at and continued on my way.

What I did not know at the time was that the two birders were in all probability David Bryant and David Bradley, and that what they were looking at was a Collared Pratincole sat in Kerr's Field! This fact became horrifyingly apparent when I later received a WhatsApp message complete with a photograph of the bird. The two Daves had watched the bird for around an hour over lunchtime before it had flown east. Sadly, neither of them had a phone with them so the news got out too late for any of the lighthouse regulars to connect with it, causing much heartbreak and gnashing of teeth! Despite a massive search, it could not be relocated. I got the train home in a state of considerable disquiet to say the least. 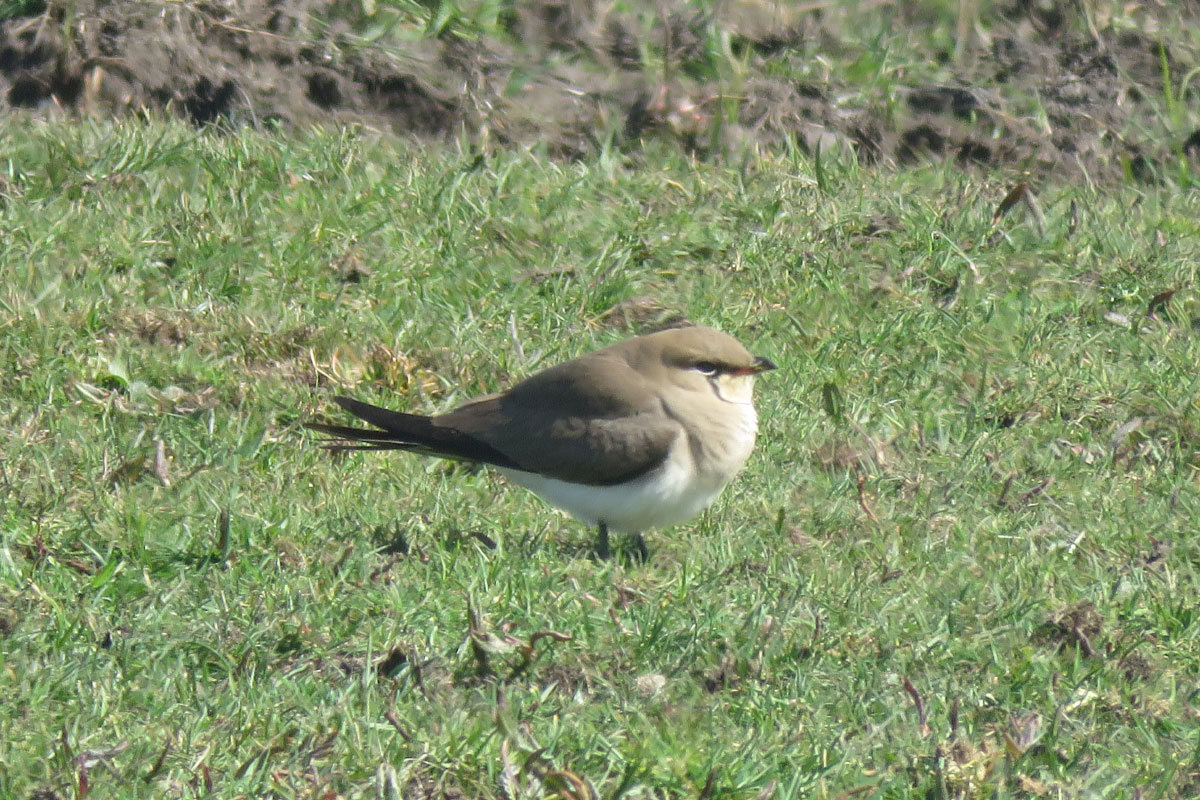 Eddie was left gutted by this Collared Pratincole, photographed on his Leasowe patch at lunchtime on 22 April, especially as he was only a few hundred metres away at the time (David Bradley).

Fast forward to 1 May and, still not over missing such a massive rarity on my patch, I decided that some off-patch birding therapy was required. Together with Gerry Donnelly, we decided to visit the New Cut Lane area in Kirkby, near my home in Liverpool. Gerry knows this large area of fields and hedgerows well, and we were aiming to see Grey Partridge and Corn Bunting. Arriving there at around 8 am, we started scanning a huge ploughed field. At the far side and barely discernible, we noticed a rather long-looking and beige tern-shaped object.

As were watching, it suddenly started to run in short bursts. It had to be the Leasowe Collared Pratincole, but it was just too far away to see properly. Help came from an unexpected source as breeding Northern Lapwings started diving at it like Stukas, forcing it to fly nearer. The chestnut underwing coverts and white trailing edge stood out magnificently and I started jumping around like an idiot in celebration. What an amazingly jammy grip-back! Gerry was able to get some decent photos as it came even nearer. With the shots in the bag, we put the news out. 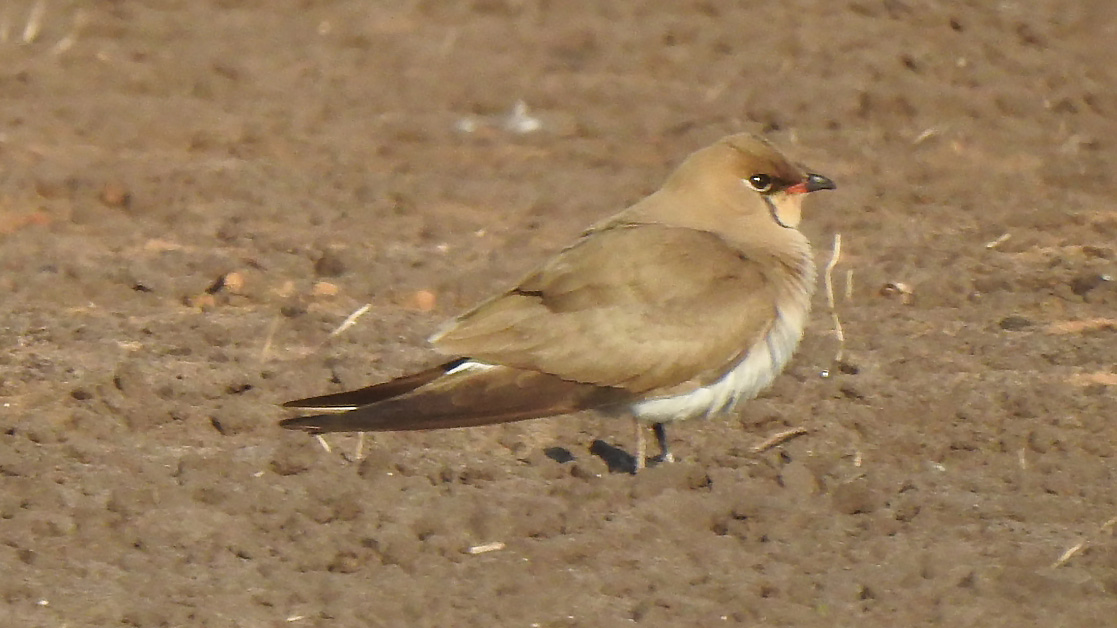 What a grip-back! Collared Pratincole in fields near Kirkby, Lancashire, on 1 May 2021 (Gerry Donnelly).

Sadly, though, this does not have a happy ending, as after a particularly determined lapwing attack the bird flew to the far side of the field. Although it appeared to be landing again, the aspect prevented us seeing exactly where. A large number of birders attended but despite all the extra eyes, the pratincole couldn't be relocated. Hopefully it will be found again very soon and will stick around a bit longer!