Bullfinch loyalty can last a lifetime

New research has revealed a fascinating insight into the breeding habits of Eurasian Bullfinches.

It has long been assumed that the species pairs for several years – perhaps even for life – but this has always remained unproven, until now.

"Although guides and reference works have claimed that bullfinches live as bonded pairs throughout the year and for life, this was based on assumptions," explained Professor Emeritus Olav Hogstad, at the Norwegian University of Science and Technology (NTNU).

Hogstad has studied Eurasian Bullfinches in Budal, Trøndelag, Norway, for 24 breeding seasons. Here the species spends the winter in small flocks of up to seven individuals, with scientists previously assuming that these small flocks also include pairs in 'long-term' relationships. 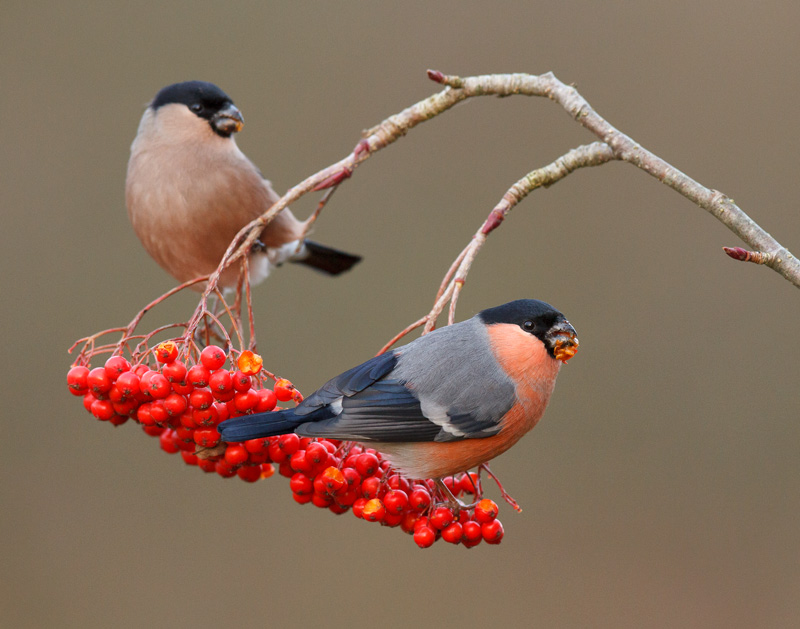 Eurasian Bullfinch is a social species that is rarely encountered alone (John Barlow).

However, such flocks constantly move around and are rarely in any one place for very long, making them difficult to track. This is presumably one of the reasons that previous ringing efforts haven't been able to confirm multi-year pair fidelity. Furthermore, bullfinches are typically shy and elusive, particularly so during the breeding season, which makes tracking the birds in summer a very difficult task. Their song is also soft and quiet, meaning that locating birds by sound is also challenging. One advantage that Hogstad has is that he is often out in the field, usually at the same time over several years, increasing his chances of tracking birds.

Hogstad's results have been published in The Royal Norwegian Society of Sciences and Letters. He commented: "It's a little embarrassing to tell people that it's taken a quarter century of 'research' to confirm something that 'everyone has known' for several decades. On the other hand, [perhaps] it shows that if an assumption is repeated often enough, it'll eventually become a reality." 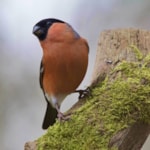