Birding by train: an introduction

According to the Department of Transport the average UK motorist drives 12,000 miles a year. According to birding intelligentsia at least a quarter of those miles for birdwatchers are trips to nature reserves. Let's do some maths. If there are approximately 1.1 million birders in the UK, and each are travelling 3,000 miles a year to visit their beloved reserves that's a massive number of road miles (31.3 billion to be exact); with that comes a substantial amount of carbon being burnt.

As my previous articles suggested, I am far from innocent and cars are my preferred way of reaching nature reserves; even if I generally share the driving with friends. But have you seriously considered the alternatives? Is it really possible to see 200 species of bird in a year without breaking the bank and without stepping behind the wheel of your car? 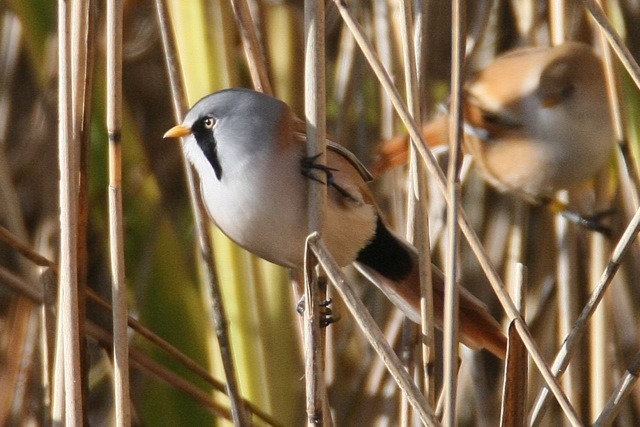 Starting in January 2012, we are planning a competition to see how many birds can be recorded just by using trains. In the run-up to the competition we will provide you with a guide to the top ten reserves that can be reached by train, region by region. If you ask the average birder which reserves can be reached by train the standard reply is normally "Rainham and Dawlish Warren". Well, we have identified nearly 100 sites nationwide that can arguably be reached with relative ease from the comfort of a train.

Currently, just 8% of journeys are done by train; there are 21,000 miles of track; 2,500 stations; 20,000 daily train services; and 1.32 billion journeys took place by train in the UK during 2010 (Railway Technical Web Pages, 2010). The same rail site says that "one car typically uses 50% of the energy of a high-speed train". Whilst I am not sure that is factually correct, it does give scalability to the challenge of driving: birding by train is definitely greener!

What's good about birding by train?

Other than the obvious fact that you are helping the planet by churning out less emissions, it also means you can sit back and allow someone else to do the work for you. If booked in advance or combined with a Network Railcard, the discounts still mean that you can travel for less money than if you go by car, so long as the journey is regional or off peak. Network Railcards are great since it can mean travelling around your part of the world for a relatively modest charge and then adding in single ticket journeys for stations outside of the region. As an example, I regularly travel to Coventry from Southampton. I buy a single to Banbury using my Network Railcard and then a single from Banbury to Coventry. Doing it this way may seem complicated but it saves about 1/3 on the fare. Don't let anyone tell you that driving is still always cheaper; the key is to book ahead and be prepared for some interesting departure times to get best use of the discounts available.

Is there a downside to birding by train?

The answer to this is obviously yes, otherwise we would all be in trains tomorrow! Firstly you can't just pop into the cab and ask the driver to pull over "because you think you've seen a White Stork" — yes, that's one that got away when I was on a train in Kent. Secondly there is no popping in to the second site down the road if you get bored with the first (unless you can hitch a lift or take a bike). Train birding is very much about one site for one day. Thirdly, there is nothing more frustrating than sitting on a platform waiting for a train knowing that you have already missed your connection, which means you won't arrive at your destination until all the birds have given up and gone back to bed. 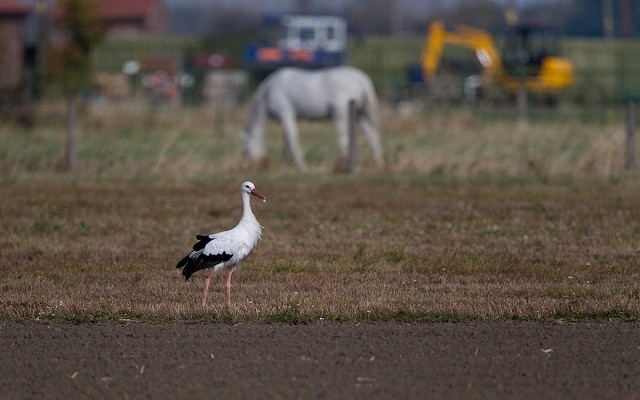 So are these obstacles insurmountable? Yes and no. Train punctuality is (believe it or not) generally improving year on year. The driver's willingness to stop at small stations isn't likely to improve. So birding by train for a day trip to one site is both do-able and a fun alternative to the drive. However if you fancy a multi-site tour of Somerset, it can't be done, so get in the car with at least three others and go without feeling too guilty.

I love my car and I am not intending to dispose of it any time soon. On the other hand I would like to aim at one trip each month by train rather than car, just to prove it really works. So here is my challenge: don't ditch your car, yet! The 2,500 stations won't get you to Minsmere or to Geltsdale or to Ham Wall. But try to make an effort to use the train on a regular basis to visit sites where you intend going for a whole day. The sites we cover in the next few articles are all designed to keep even the more twitchy individuals busy for 4–6 hours' birding.

I know I am going to get some critics of this series who say I am not being radical enough. The day will come soon when it is too expensive to do birding trips more than once a month because of the petrol price at the pump. If rail subsidies grow as a result, we will be increasingly forced to decide between not birding beyond your local patch or accepting the inconvenience of train travel. The reality is that no-one reading this or any other article on public transport will switch from their car completely, but I for one will be doing one birding trip by train each month in 2012 to save some money and save some carbon.

I hope you'll consider joining me on the journey and let me know what other sites I haven't mentioned can be reached and explored by train. The first in the series will be the southwest where I dispel the myth that you can't get to the key migration sites by train. The last will be written by you—and will cover the sites I failed to mention in the article series.

A Rocha is an international Christian wildlife conservation organisation which works in 20 countries, including the UK. The first project was the establishment of a field studies centre in Portugal, during the 1980s, which still welcomes local and overseas residential visitors. See www.arocha.org.