Save the Earth? Let’s go Birding!

Over the next months I want to introduce you to the highs and lows of "green birding". We will take a comprehensive look at everything from where train stations are in relation to nature reserves, where the safest cycle-paths are, why biodiesel trains might not be good news, why setting up local birding groups can be eco-friendly and look at some amusing anecdotes on the way.

But let me start by saying that I have been a very slow and hypocritical convert to green birding. Through my teens and into my early 20s I was a diehard twitcher. I would travel for good birds, often by myself, normally by car. I'd stop at a garage and pick up a sandwich that said "produced somewhere in the EU", grab my chocolate bar (from a dubious company beginning with N) and get back in time for dinner. During the course of the day I would think about carbon emissions, packaging, meat sources and bottle disposal exactly zero times. Occasionally if I got stuck in traffic I might let my thoughts wander — but normally it only got as far as wondering where the best sites in the Alps were for Wallcreeper. I really wasn't very green and to be honest I really didn't care that much...as long as I saw my bird. 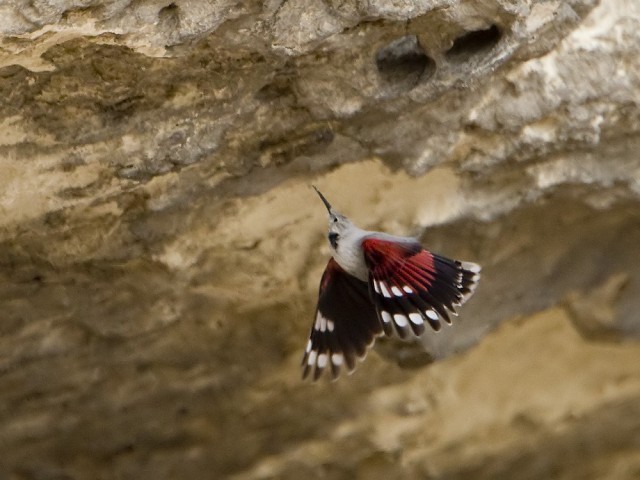 I now work as a director for a wildlife charity, and over the course of the last 15 years I have undergone a genuine change of heart (you have to if you work for a wildlife charity.) On a serious note, I think many of you reading this will share my sentiments when I say that it is impossible to go birding now without thinking about the wider environment. From rapidly declining wader numbers, through to the arrival of three species of egret and from cuts in government spending that could see our National Nature Reserves sold off to a new rail link through the Chilterns, most of us are, by default, becoming greener in our thinking.

But that means getting depressed. Last week I watched a forlorn team carrying out a wader count at a harbour in Hampshire, and the dark mutterings focussed on the lack of Dunlin and Redshank, and how we'd better get used to it. A few weeks before I was standing at a reserve in the West Country, and for a moment imagined I had been transported to southern France, with no fewer than five species of heron and egret on the marsh in the hot July sunshine. Our wildlife is changing, and in the short term we are likely to lose more than we gain. The egret experience will be the exception to the rule. 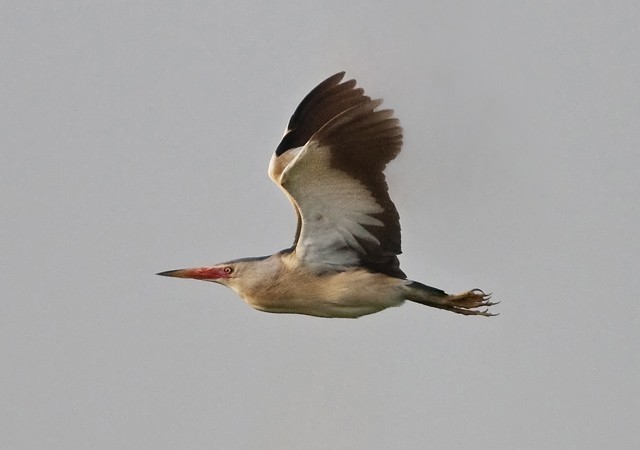 I do believe there is real hope, despite the risks ahead. As a birder I want to be able to go to a reserve and enjoy a day looking at familiar species and the odd rarity or two as well. I realise that I can no longer take that for granted. In 10 years' time North Norfolk may look very different, if the sea level continues to rise. In 10 years' time will there still be Snow Buntings in the Cairngorms? In 10 years' time will we be looking at breeding Black-winged Stilts rather than breeding Dunlin? It matters to all of us — so the key is what part can we play?

The summary that follows will act as an intro for future articles. None of it will be really new, but it is good to be reminded from time to time that it is not totally hopeless and that we can all play a small part in making things slightly less unpredictable. I call it the 5 Cs of things that birders can do. Take the 5 Cs with you whenever you go birding — it may help you to think differently.

We can all play a part in serious science. By the very nature of our passion we are all citizen scientists. We can contribute to the huge pool of data, by sending in all our records rather than keeping the information to a select few. That doesn't mean publicising sites of rare breeding birds (other than to the county recorder!) but it does mean letting the warden know what you have seen, putting the data on BirdTrack and BirdGuides. Or go a step further and join in with formal surveying such as the Breeding Bird Survey. Some people love sending in data, but many of us don't do it often enough. A few weeks ago on a busy spring day in Dorset, I went in to Radipole, to find that not a single person who had walked in that morning had given a single record from the reserve. A few days earlier at Pagham Harbour the volunteer on duty moaned that only two or three visitors each weekend normally bothered to fill in the logbook.

Counting matters, whether informal counts from a day out birding or as a more formalised survey. The data tell us trends, warn us of impacts and help us to work out what to do next.

Last week I spoke to a birder at a local site and told him of a threat to build houses next to the reserve. "Ah well — it's not my problem; as long as I can walk here I am happy", he replied. All too often birders pull the blinds down and hope that someone else will deal with the problem. I think birders are at the frontline in the battle to protect some very vulnerable habitats and landscapes. We are the eyes and ears on the ground, the people with local knowledge and passion. It is good to be picky with local campaigning. I stick to within 10 miles of my house — that way I can focus on a small area that I know a fair amount about. The sense of satisfaction that you get when you know your campaigning has stopped an oak being felled that would have displaced a family of Spotted Flycatcher is immense. Almost as good as finding a mega on your local patch! 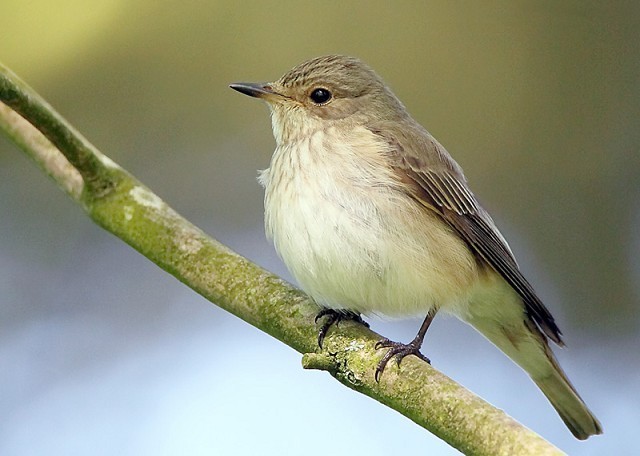 In our local area of south Hampshire, 25 local birders have formed a community group called Test Valley Birders. We have a website, hold regular meetings together (sometimes to look at birds, sometimes to have a drink) and we car-share. There is no better way of sorting out the world's problems than to car-share. Firstly you feel less guilty as there are five of you in the car rather than one. Then there is the pleasure of discussing huge problems from climate change to the football results and finding solutions to both. Finally there are those magic moments where you see an amazing bird and you have some genuine friends to share the experience with (or commiserate with if you get there too late).

This year I did a sponsored one-day 'Birding by Bike' challenge to raise funds for the charity I work for. It was horrible. I spent the entire day pedalling up hills in to a hurricane and every car that went past was driven by a commuter intent on killing me. But, despite that, it made every bird count. I got off my bike to look at Woodlark and Barn Owl and I felt a renewed sense of appreciation. These were my birds. It was my effort to get there and I found them. Call it petty; but for every Woodlark I have seen, the one from my bike will always stand out as the best of all. The National Cycle Network covers over 10,000 miles of paths and roads — but only £1 per head is spent each year on improving the routes. So there's a campaign issue straight away! Trains are another matter altogether. More eco-friendly than cars, they have often been dismissed by birders as irritating. One birder said to me "apart from the Exe Estuary, where else can you seriously get to in a day by train to do some birding?" I didn't know the answer then, but now I do: Dawlish Warren, Montrose Basin, Forsinard, Leighton Moss, the Dee Estuary, London Wetland Centre, Rainham Marshes, Bempton Cliffs, Crosby Marina, Stodmarsh, Arun Valley, Cairngorms, Berney Marshes, Rainham and the Hayle Estuary. That's just for starters... 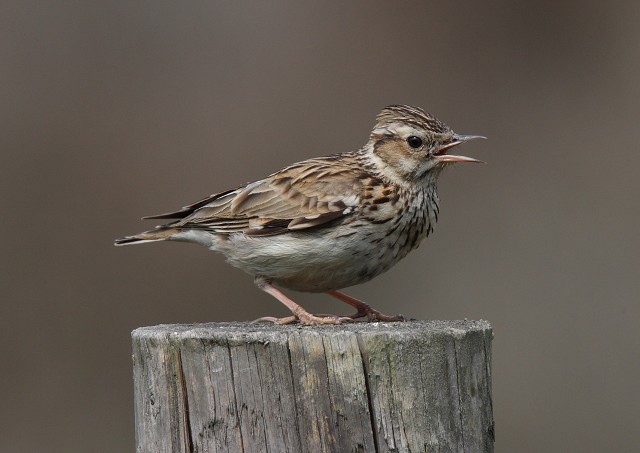 Finally, what we eat really matters. Most birders grab the garage sandwich en route. But it is worth thinking about buying local, buying organic, bringing water rather than buying bottled. When you get to the reserve, leave a donation if the site is free to get in. If you are on a twitch, give the farmer or land owner an entry fee if one is suggested. Be generous not stingy, because our contribution will make a difference, even if it is small.

So going green can be really worthwhile — and over the next months I plan to unpack how to get to reserves by train in more detail, what local foods to buy, how to set up a local group and what a successful campaign looks like.

Let's lead by example and inspire each other to get out there and strive to be greener!

A Rocha is an international Christian wildlife conservation organisation which works in 20 countries, including the UK. The first project was the establishment of a field-studies centre in Portugal, during the 1980s, which still welcomes local and overseas residential visitors. See www.arocha.org.