A Newcastle University-led team has mapped the route and stop-off points during Arctic Tern's record-breaking 56,000-mile annual migration to an unprecedented level of detail, using data from electronic tags retrieved from 47 terns.

The team, which worked in collaboration with BBC's Springwatch, tagged 53 adult Arctic Terns on the Farne Islands, Northumberland, over a three-year period. Of these, 47 tags were retrieved. Key discoveries, which were published in Ibis this week, included:

Weighing a little over 100 g, Arctic Tern has the longest migration of any bird, travelling all the way from the breeding grounds in the Farnes to Antarctica for the winter, before returning in spring. 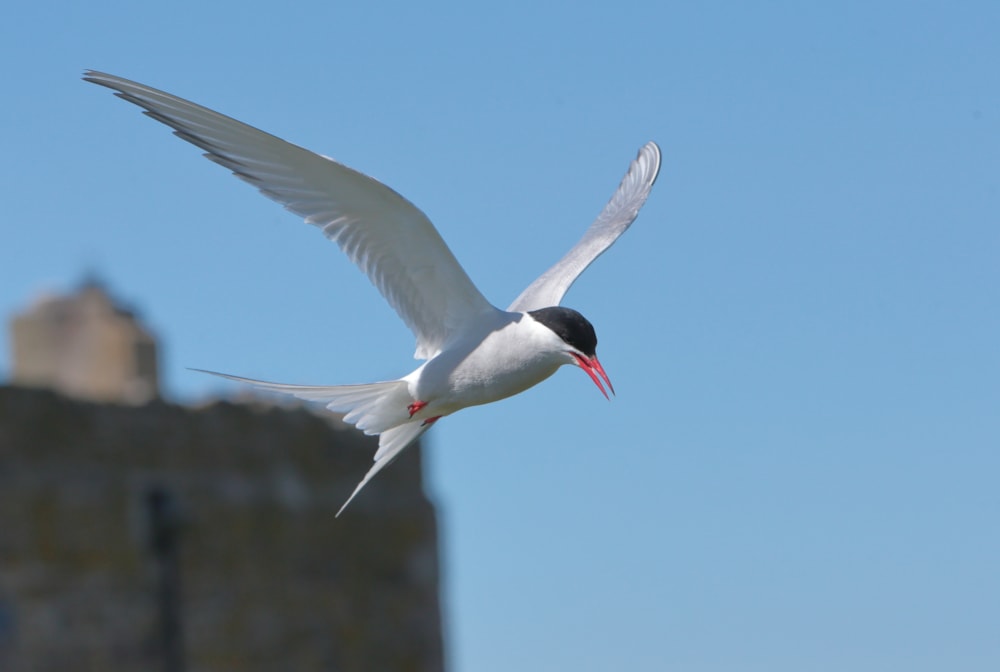 After a winter of touring the Southern Ocean, Arctic Terns start returning to the Farne Islands in late April and early May (Rob Smith).

Dr Chris Redfern of Newcastle University, who has been analysing the data, commented: "Technology is revealing details of the movement and behaviour of these amazing birds in unprecedented detail.

"Arctic Terns feed on surface fish and other marine animals so it has always been assumed they would migrate via a coastal route, down the North Sea and through the English Channel. But instead our data has shown their regular route is to travel overland across the UK to the Irish Sea and some are going even further, crossing Ireland to the North Atlantic."

After that, it's a long flight south, down the coast of West Africa and then out across the Indian Ocean.

"Our data suggests their flight over the Indian Ocean is an 8,000-km-long haul without a break, probably feeding on the move," added Dr Redfern. "For a bird that weighs less than an iPhone, that's an amazing feat.

"Many of the terns have gone even further, ending up around New Zealand before turning south towards the East Antarctic, finally arriving four months after leaving Northumberland.

"The scale of their migratory journey across featureless oceans is breathtaking! In that context, the UK land mass between the Irish Sea and the Farne Islands must be no obstacle at all to an Arctic Tern and the quickest route to their breeding colony."

The data also highlights key stop-off points off the coast of Lancashire and Wales in April and May as the terns make their way back to the Farne Islands to breed. 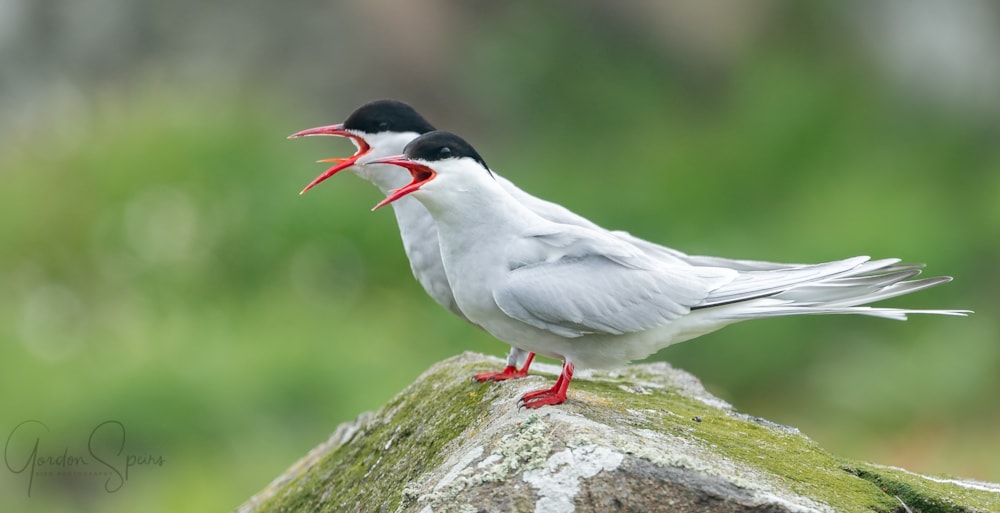 As well as being an elegant and characterful species, Arctic Tern is also one of the world's most capable flyers (Gordon Speirs).

Dr Redfern, who carried out the study with Dr Richard Bevan and the Natural History Society of Northumbria, said this comprehensive study of Arctic Tern migration patterns would help with future conservation efforts. "Understanding their behaviour in detail means we can start to build a picture of which areas are important feeding and breeding grounds," he concluded.

Gwen Potter, Countryside Manager at the National Trust, added: "These birds are expected to return this year and it is likely that they have flown thousands of miles in their lifetime. What is fascinating, and something we didn't realise, is that the birds actually head to the Irish Sea before continuing on their journey to Antarctica. Even in their first year after fledging these incredible birds make their journey to the South Pole; just imagine a tiny baby bird making its way across all those continents, whatever the weather – it blows your mind."

"Thousands of visitors flock to the Farnes every year to enjoy the remarkable wildlife. What our visitors don't always see is the monitoring work that the rangers have been doing behind the scenes for over four decades to monitor and manage wildlife on the islands and the Northumberland Coast. As well as the Farnes, we're also still monitoring at Beadnell Bay at the Long Nanny Shorebird site, which is located between the villages of Beadnell and Low Newton."

Previous studies have shown these birds are likely to return each year to the same few square metres of ground, making it an ideal environment to carry out year-to-year tracking studies with geolocators. 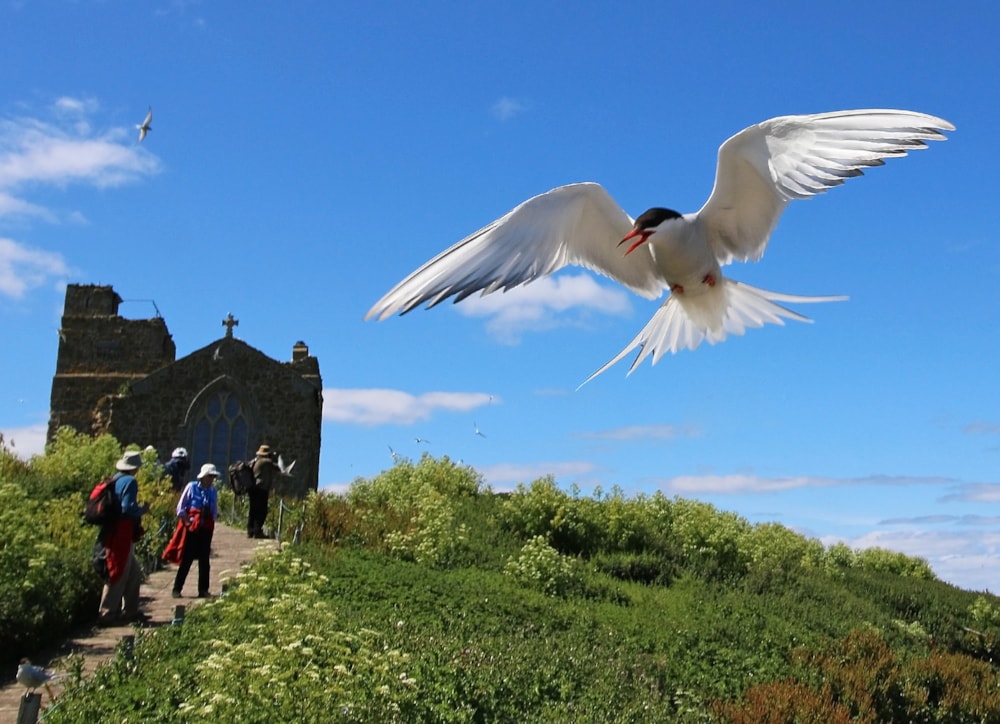 Individual Arctic Terns will return to the same patch of ground on the Farne Islands year after year, where their aggressive behaviour makes them a popular tourist attraction (Andy Mould).

Earlier data from the study, featured on Springwatch in 2016, showed that one bird had flown an estimated 96,000 km (almost 60,000 miles) from its breeding grounds on the Farne Islands to its winter quarters in Antarctica in 2015. The bird started its migration on 25 July, reaching the tip of South Africa by 25 August. It then moved into the Indian Ocean, where it spent almost all of October, before moving to its second staging area on the coast of Antarctica (from 3-15 November). It then slowly made its way along the edge of the Antarctic continent until eventually ending up in the Weddell Sea from 3 February-23 March 2016, before finally moving up to the tip of South Africa by April 2016. It then migrated north along the west coast of Africa and arrived at the Farne Islands on 4 May 2016.

Over its lifetime, the record-breaking tern could be flying as far as 2 million miles between the Farne Islands and Antarctica, the equivalent of almost four trips to the moon and back.