New research has found that Algerian Nuthatch has declined markedly in one of its strongholds over the past 25 years.

Algerian Nuthatch is, as its name suggests, endemic to Algeria. It is found only in the ancient, humid oak forests in the north of the country, occurring at just four known sites: Djebel Babor, Guerrouch Forest in Taza National Park, Tamentout Forest and Djimla Forest. The four sites are relatively close to each other and are all located in the Babor Mountains.

The study, led by Riadh Moulaï, concentrated on assessing population size at Guerrouch Forest during the breeding season, by counting the number of territorial singing males and conducting a systematic search for nest sites. The results were then compared to population data collected in the early 1990s.

The results showed a significant and worrying decline in the Algerian Nuthatch population at Guerrouch. The researchers found a very low population density of between one and two pairs of nuthatches per 10 hectares in the forest, a significant decline on the 2-3.1 pairs per 10 hectares noted in 1991 and the 3.25 pairs per 10 hectares in 1992. Moulaï and his team counted just 18 individuals in a 300-hectare section of surveyed forest, a stark contrast to the 91 individuals counted in an 800-hectare area of the same forest in 1991. 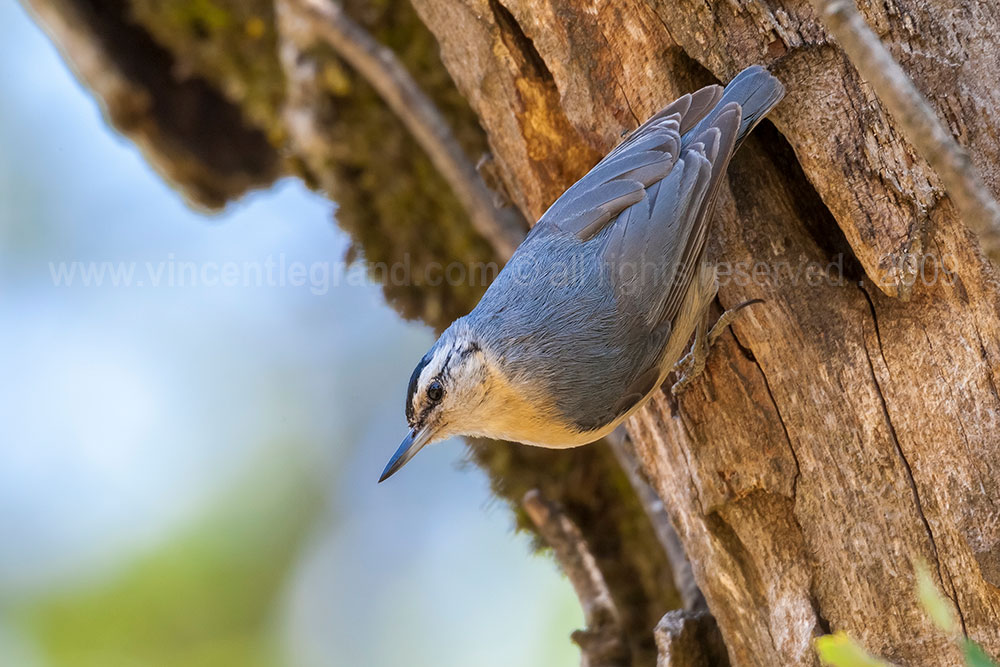 The researchers referred to the observed decline as “predictable”, given that there were several obvious signs of habitat degradation caused by human activity in the area. These included the creation and widening of forest tracks, improvement work on a paved road, hydraulic works to install a pipe intended to supply a nearby military barracks and other deforestation activity.

While large areas of the forest remain untouched and thus presumably still support a strong population of Algerian Nuthatches, increasing encroachment of human activity further threatens the species, with plans to improve further tracks to better connect currently isolated settlements. The authors cite the need for better education and communication between national park representatives and the local authorities to ensure habitat is better protected and even allow nature to reclaim some of those areas that have been degraded. They also express the need to regulate roving herds of livestock, which currently wander unrestricted through the forest.

The study was also able to monitor an Algerian Nuthatch nest for the first time by using an endoscopic camera. Situated in an Algerian oak (Quercus canariensis), the camera revealed a clutch size of six eggs, with incubation time estimated at 17 days and the nestling period lasting for three weeks. The breeding season takes place from late March to early June, and it appears that the species is single brooded with no evidence of a second clutch.