A most unusual year for Barn Owls

The Barn Owl is one of the most intensively monitored species in the UK. Each year, BTO volunteers chart the progress of over 1,600 Barn Owl breeding attempts, ringing the adults and chicks and submitting information on clutch sizes, broods sizes and failure rates to the Nest Record Scheme.

The Barn Owl Monitoring Programme (BOMP) is an annual monitoring programme run by the BTO and the Wildlife Conservation Partnership, funded by the Sheepdrove Trust. It was set up following recommendations from the national survey Project Barn Owl in 1995–97, which highlighted that although many Barn Owl workers submit data to the BTO Nest Record Scheme, little information is gathered on nestbox occupancy rates. The data gathered for BOMP enables us to understand more about Barn Owl population dynamics and provides important feedback to conservationists working to preserve this popular and well-loved species.

By August the season is normally all but finished, but this year Colin Shawyer, BOMP Project Development and Monitoring and monitor of hundreds of boxes, found something different. 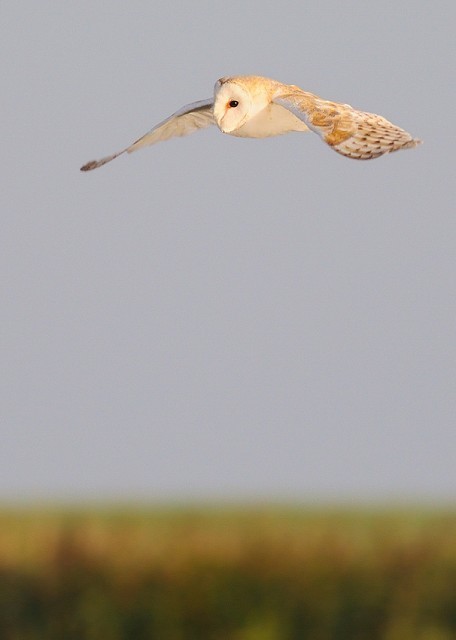 By now, the Barn Owl breeding season would normally be over save for a few late broods that are either replacements for earlier failed attempts or second broods by pairs that are trying to fledge two in a season. So by late August most BOMP participants would consider their nest box rounds to be finished, with only a few late nests left to follow up. However, 2010 has brought this approach into question.

Although at higher altitudes many Barn Owl territories were left vacant following a hard winter of prolonged snow cover, occupancy rates were quite high at sites below 100m. However, after monitoring hundreds of nest boxes in May and early June, it became apparent that almost a third of pairs had not attempted to lay and that, judging by the low body weights of females, they were unlikely to do so later in the year.

Where there were nests in May and June, fledging success was poor, barely exceeding an average of two fledged young per nest in most regions of England and Wales. These birds were not helped by gale-force winds that ravaged the eastern half of England between 14th and 16th July. These prevented adults from hunting and caused entire broods to starve, many of which were only two weeks from fledging. On 16th July it was barely possible to hold a ladder against outdoor boxes in Yorkshire. Chicks at these sites were found to be close to starvation and it is suspected that many died the following day. In Lincolnshire it is believed that the gales, almost unheard of at this time of year, resulted in the loss of between a quarter and a third of owlets, many of which had already been ringed as healthy birds only a week or so earlier. 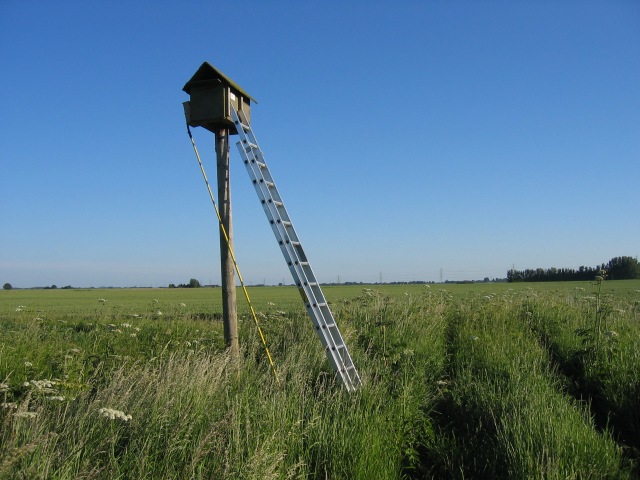 Access to typical pole boxes such as this is never a simple task. (Photo: Colin Shawyer)

So far so bleak. But returning to that third of pairs that were on territory but not laying, an interesting observation was made. At some of those sites the adult females, and even some males, had begun their wing moult, which is a good indication that a pair has given up for the season and are unlikely to breed. But at a majority of these nest sites, no such moulting was seen. How important these observations turned out to be! Revisiting many sites in late August and early September found healthy well-fed broods of four, five and six chicks. The ages of many of these chicks indicated that the eggs had been laid in late June and that the parents must have achieved breeding condition soon after the earlier visits, when the weight of females suggested they were not going to breed. Even some traditionally used nest sites that were vacant in June contained large and healthy broods. 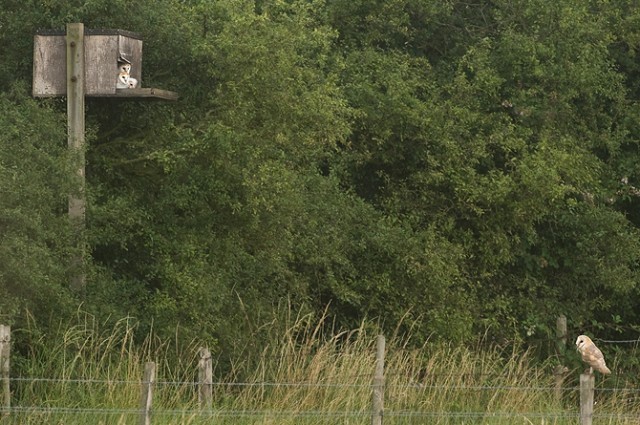 If these boxes had only been revisited, as normal, in August where breeding had already been noted, a surge of late first-nesting attempts would have been missed. So it goes to show that you never know what to expect as a Barn Owl recorder.

There are still a few late broods in boxes even now — many being the aforementioned replacements and second broods — and there is every indication that they will be successful. Overall breeding success in 2010 will not be as quite as bad as had been originally feared.

Written by: Colin Shawyer and BTO