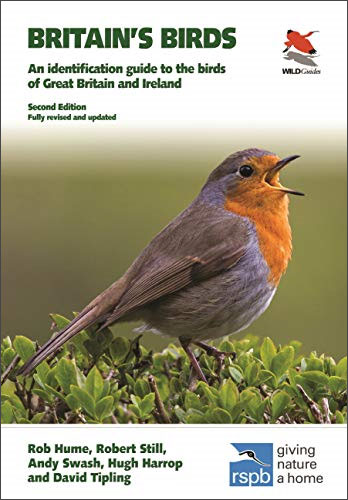 Almost four years have passed since the initial incarnation of this fantastic photo-guide to British birds. A lot of work has evidently been invested since that point, and the authors are to be congratulated for their efforts in making the newly published second edition a considerable improvement on its (already very good) predecessor.

In my review of the Pocket Guide last autumn, I was quick to recognise the effective use of space for such a physically small publication. It was packed with information, and value for money superb. Well, exactly the same can be said for the 'full fat' version – space is never wasted.

Again, echoing my sentiments in the Pocket Guide, the numerous caption and photographic errors have been ironed out, improving this second edition immeasurably.

What's more, a greater number of species is now covered – a dozen reflect recent additions to the British list, including White-rumped Swift, Dalmatian Pelican, Red-winged Blackbird – while the update also addresses taxonomic revisions that have happened since 2016.

Each species is treated in thorough fashion, with the various age or sex-related plumages sufficiently addressed. This naturally results in busy pages, but never do you feel that this is has been presented too chaotically and thus detracting from the experience of using this guide. It helps that the text is written succintly, with helpful pointers to the key ID features laid out with great thought and attention. The red 'similar species' boxes on the species page are very handy, not only including the species but the page number for quick reference.

Tricky species groups are also addressed as points of focus – take, for example, the side-by-side comparison of juvenile marsh terns on page 167, the snipe tail feathers on page 241, or the various comparisons between key features (especially primary pattern) of large white-headed gull species. Again, this is done in an effective yet concise manner.

Packed full of information, space is even made for a pages dedicated to introduced and escaped wildfowl (think species such as Muscovy Duck, Bar-headed Goose and Marbled Teal), as well as various combinations of hybrid duck. These are thoughtful inclusions that all help to justify labelling this guide as truly comprehensive.

All in all, this is an absolutely superb guide that deserves to furnish every British birder's bookshelf. A great deal of work has gone into this second edition; not just correcting the errors of the previous version, but actively improving and expanding the text, redesigning significant chunks and, as part of that, including a new range of up-to-date and world-class photos. It comfortably sits as the ultimate photo field guide on the market for British birds and comes thoroughly recommended.