Your chance to 'Name a Species'

A host of seemingly forgotten species exist in Britain, many of which are disappearing fast. Known only to scientists and saddled with obscure scientific names, they lack the common touch and their decline is going unnoticed as a result.

A new competition, launched by Natural England, The Guardian and the Oxford University Museum of Natural History, aims to change that. The competition shines a light on the nation's forgotten species by inviting the public to give them common names as alternatives to the Latin names they have had to live with to date. 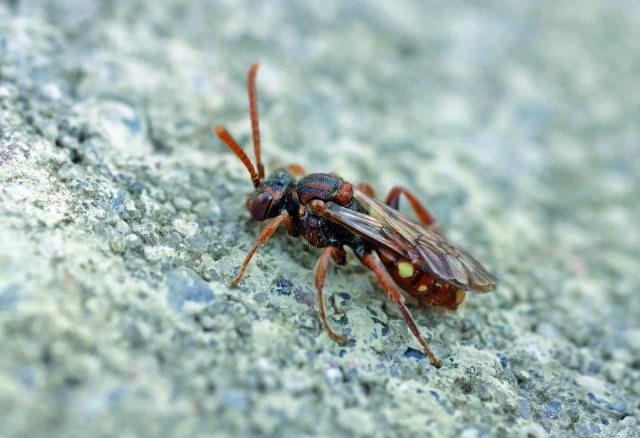 Nomada armata — a type of cuckoo bee, so called because it lays its eggs in the nests of other bees. (Photo: Natural England)

Dr Tom Tew, Natural England's Chief Scientist, said: "The things we value most are the things we connect with through our everyday lives and everyday language. Our species naming competition invites the public to pick up where the scientists and explorers have left off and give some of our forgotten species a popular identity for the first time."

Popular names have been given to species throughout history. Frequently colourful and highly descriptive, these names have often been the best way for the public to become familiar with the species' characteristics and behaviour. The Armadillidium, otherwise known as the woodlouse, has been colloquially named as 'gramfy-gravy', 'pill bug', 'roly-poly', 'monkey pea' or 'cheesy bug' in different parts of the country. The rare Cyripedium calceolus has beautiful 'shoe-shaped' flowers, eloquently described by the plant's common name of Lady's Slipper Orchid.

The 'Name a Species' competition features 10 species of British beetle, bees, jellyfish, shrimps and lichens, all of which are endangered or threatened and all of which are waiting to be named. The competition follows the earlier publication by Natural England of Lost Life — a report that showed that 430 species have become extinct in England in the last 200 years — and the subsequent call by George Monbiot for a competition to enable the public to become more familiar with the species that we are in danger of losing. 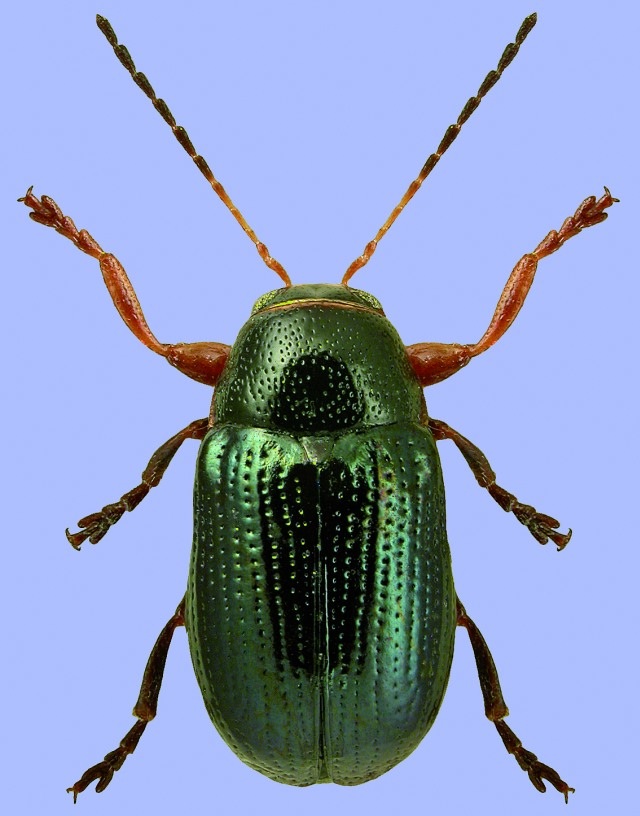 Cryptocephalus punctiger — a case-bearing leaf beetle. There are about 20 different species in the UK. (Photo: Natural England)

George Monbiot said: "Species are disappearing, unknown and unmourned — but it is hard to persuade people to care about something they can't pronounce. We need to connect people with nature, and common and accessible names are the first step in raising people's awareness of the wildlife around them and the importance it plays in all our lives."

Dr Tom Tew concluded: "There are some amazing forgotten gems in this competition — many of which are every bit as threatened as well-known species like the Red Squirrel, but which are currently forced to decline in obscurity without any public focus on their plight. We want to remind people of the importance of all species, because each of them has a role to play in sustaining the health of the ecosystems upon which we depend."

Anyone can enter the Name a Species competition on The Guardian website — closing date 6th July — and the expert panel will judge the entries, and the winning names will be announced in a special Guardian feature on 17th July.

These 10 species are all listed on the UK Biodiversity Action Plan as priority species for conservation. In most cases, their listing on the UK BAP indicates that their population has fallen by at least 50% during the past 25 years. No common name is recorded for any of these species on the BAP list, and no generally accepted English common name is thought to be in use. The list includes these five species.

This large nocturnal black beetle grows to about 3cm long and lives on the decaying trunks of beech and elm trees. It is thought to feed on the larvae of other beetles as well as flowers, and pupates in the autumn before overwintering as an adult inside its pupal case. It is now so rare that it can be found at only one site in the UK. 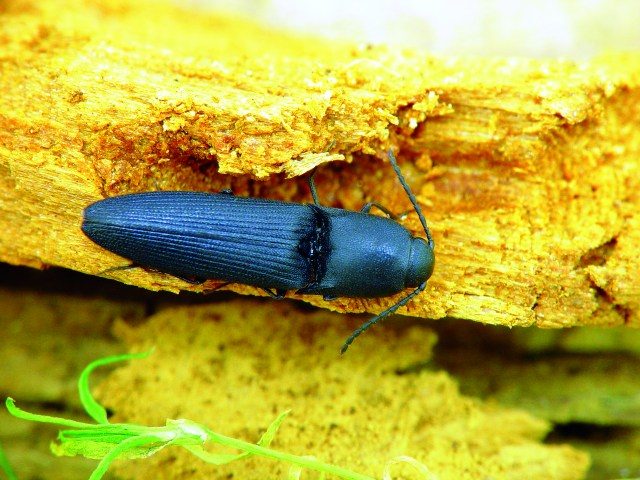 Megapenthes lugens — a beetle that makes a distinctive clicking sound as it escapes from predators. (Photo: Natural England)

This tiny creature is only 2.5mm long and has a black shell with a pale blue metallic sheen. The larvae develop in cases and emerge onto the leaves of the birch and pussy willow trees where they live. Adult beetles can be seen during June–July but are difficult to spot because they are so small and tend to drop to the floor if disturbed. This very rare beetle can only be found on a small handful of sites in the UK.

This large, brownish-red coloured bee is found on chalk grasslands, where it forages on the flowers of Scabious. It's a member of a group of bees that lay their eggs in the nests of other species, in this case another type of bee that gathers pollen from the same flowers. Because of the scarcity of chalk grassland in England the species is found at only a few locations, all on Salisbury Plain in Wiltshire.

This funnel-shaped jellyfish grows up to 2.5cm high and can be either grey/green or red/brown in colour. It has eight arms tipped by clusters of up to 100 short tentacles and spends all its life underwater attached to seaweed or seagrass, where the movement of the water brings it a plentiful supply of food. To move, it uses one of its tentacles as an anchor while it cartwheels to a new position! This jellyfish is very sensitive to pollution and has become increasingly scarce in recent years. 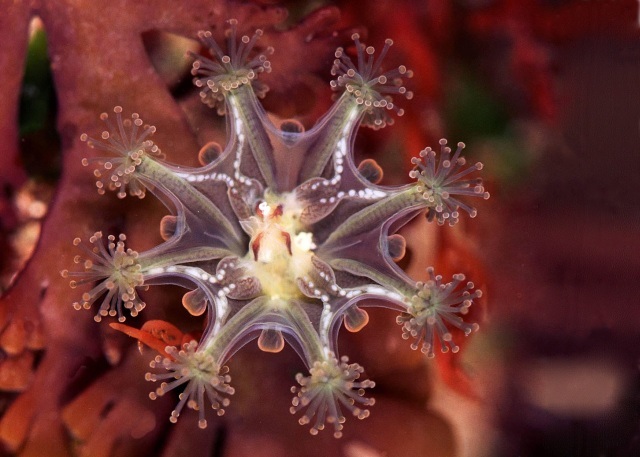 Haliclystus auricula — a beautiful stalked jellyfish that lives on the sea bed and looks a bit like coral. (Photo: Natural England)

The most impressive physical feature of this fan-shaped lichen is that the main body turns green when wet. The spore-producing organs are round and either brown or black in colour. The secret underside of the plant contains a blue-green algae which helps it to absorb essential nitrogen from the air. You can find this lichen in upland areas of northern England and Scotland.