Ruddy-headed Goose has rapidly declined on mainland South America, but now it looks like those on the Falkland Islands cannot be used as a source of reintroduction.

In the early 20th century, tens of thousands of Ruddy-headed Geese crowded the deserts of Patagonia. Today, they have become a rare sight. However, they still inhabit the Falkland Islands in large numbers and some argue that these island-dwellers could be the key to one day repopulating the continent. However, in a blow for the future of this species, a new study has revealed that reintroduction might not be possible.

Spring welcomes the arrival of migrant Ruddy-headed Geese to southern Patagonia. They feed on stems and leaves in the grasslands, and their use of agricultural land got them into trouble in the 1930s, when the Argentinian government assumed they competed with sheep and cattle stocks for grassland resources. As a result, they were considered a pest and intense persecution resulted in steep declines in the mainland population. In the meantime, the non-migrant population inhabiting the Falkland Islands was also being removed, but unlike their migrant continental equivalents they were able to recover.

A new problem also arose in their breeding grounds: the Chilean government started introducing Patagonian Grey Foxes to Tierra del Fuego in an attempt to control the previously introduced European Rabbit populations. Coupled with the increasing habitat loss, mainland populations of Ruddy-headed Geese were unable to regain their lost territory.

According to a new study supported by BirdLife partner Aves Argentinas, Ruddy-headed Goose has gone from being the most abundant goose on the Patagonian steppe to having a population of around 800 individuals, a 90 per cent decrease since the early 20th century. The continental populations now face an uncertain future as the species struggles to make a comeback because their reproductive activity has diminished significantly. The first successful nesting in Argentinean Tierra del Fuego was recorded just last year, after a period of 20 years with no eggs laid. 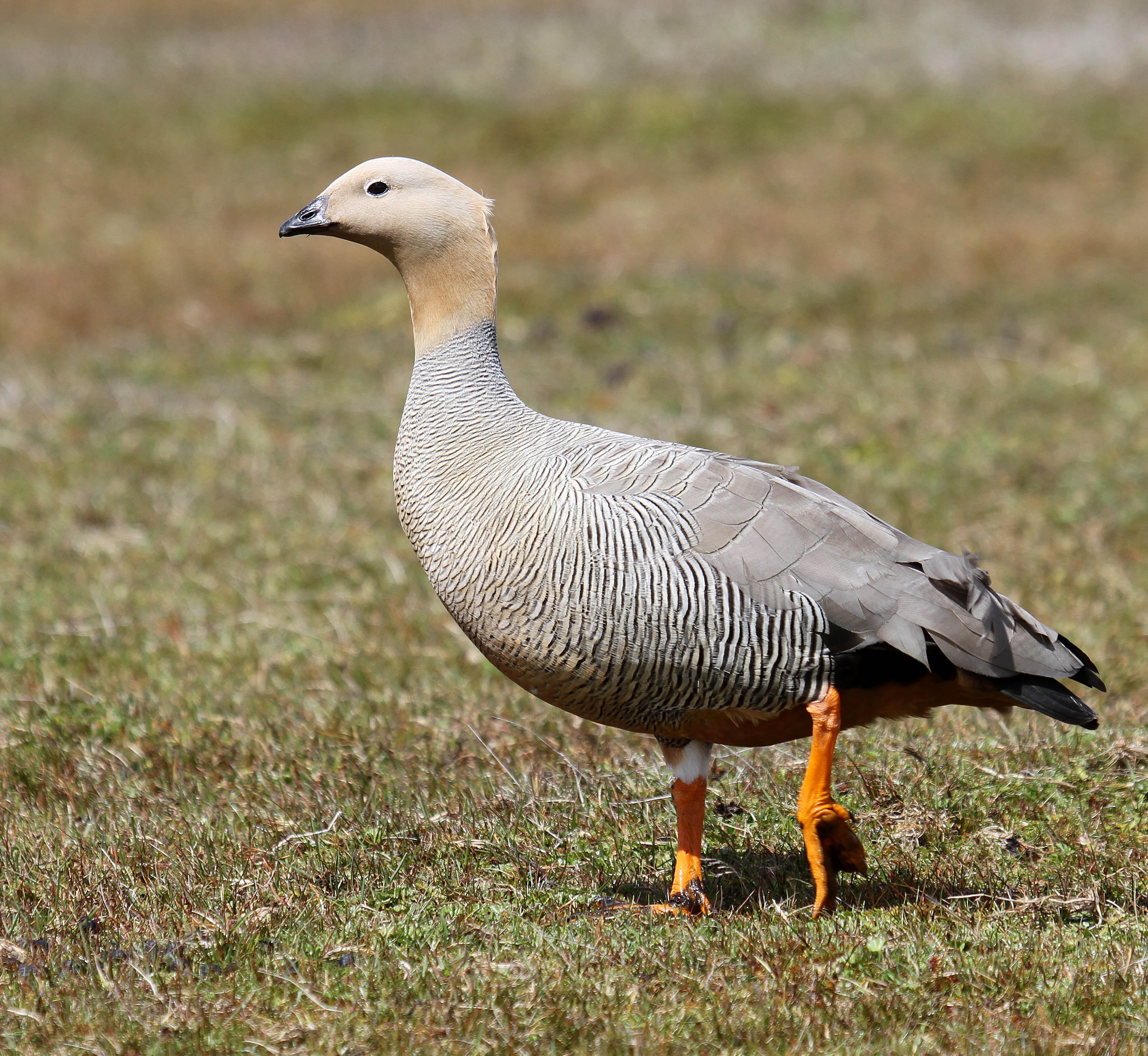 Conservation measures carried out on the species' wintering grounds focused on individual breeding birds, while those carried out in their breeding grounds focused on regaining their reproductive success through habitat restoration and invasive species management. The study found that the majority of the suggested actions that have been implemented were mostly those related to research and education, while those related to direct conservation action on the birds or their environment had not happened. The authors concluded that if direct conservation measures are not implemented soon, the survival of the continental population of Ruddy-headed Goose will depend exclusively on the survival of the current adult population.

Some scientists have argued that the mainland population could be bolstered using the tens of thousands of Ruddy-headed Geese inhabiting the Falkland Islands. Unfortunately, another study suggests that there would be a low probability of recovering continental populations by transferring island individuals to the mainland. Making use of molecular tools, the study proved that at some point in the late Pleistocene (aka the Ice Age), populations of insular and continental Ruddy-headed Geese diverged. As a result, no reproduction seems to have happened between the two in the last million years, despite the short 280-mile distance between them.

The differences in genetic material coincide with what experts had observed in the wild: while the continental populations are migratory, island birds are resident which means it's unlikely that new individuals will migrate from the islands to the mainland. However, more convincing data may be needed before the two populations can be considered separate species.

In the meantime Aves Argentinas has been pushing for greater protection of the continental geese in their country, regardless of whether they're different species. In this particular case, the conservation status at regional level shows us a different level of urgency to the global situation. For the continental Ruddy-headed Geese, conservation measures can't come fast enough.