A group of unique UK islands will today [Monday 4th June] celebrate the Queen’s Diamond Jubilee at the same time as helping to save threatened wildlife. Tristan da Cunha, a UK Overseas Territory and the most remote inhabited island chain on the planet, will light a special beacon constructed from invasive non-native plants that threaten the rare birds and other wildlife living on the archipelago. Work to clear the New Zealand Christmas Tree, loganberry and other invasive plantlife is creating space for the island’s endemic species to return, but the dead vegetation has to be destroyed to ensure it doesn’t come back, and burning is the most efficient way to do it.

Chief islander, Ian Lavarello, said: “Invasive species are the greatest threat to wildlife on the island and the best way to get rid of the plants we clear is by burning them. When we realised the work would coincide with the Queen’s Jubilee we thought we should use the opportunity to celebrate. There are already lots of festivities happening on the island to celebrate, but this is perhaps the most important. You don’t get more patriotic than saving UK wildlife on the Queen’s Jubilee, so we decided to mark the occasion by lighting a beacon made from all the plants we remove. It will be another step towards restoring the natural habitat surrounding the 262 people who live on Tristan da Cunha, so that’s another reason to celebrate!” 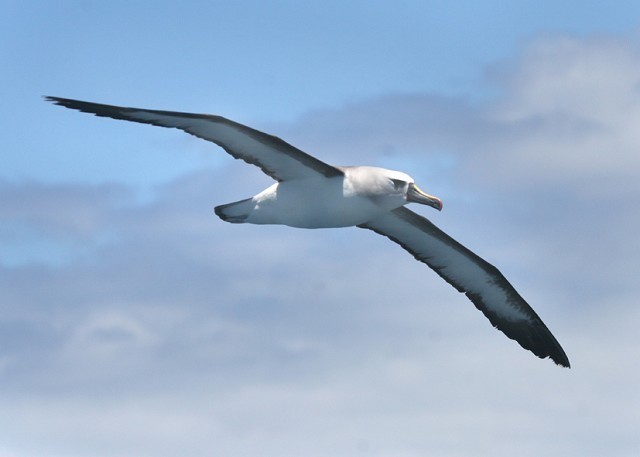 More than 40% of Tristan da Cunha, which is in the South Atlantic and takes six days to travel to by boat from Cape Town, is conserved for rare birds, plants and other wildlife found nowhere else in the world. Two of the archipelago’s islands, Gough and Inaccessible, are UNESCO World Heritage sites. A survey supported by the RSPB in 2008 identified 137 non-native plants, including the New Zealand Christmas Tree, which is spreading rapidly over the island. Apart from having a detrimental impact on the native vegetation, the plant also has potential to impact on the nesting sites of seabirds such as the Atlantic Yellow-nosed Albatross, known locally as Mollies. With funding from the Overseas Territories Environment Programme (OTEP), the RSPB is working with the Tristan Conservation Department to minimise the impacts of invasive plants, including trialling chemical control.

Tim Stowe, the RSPB’s director of international operations, commented: “The Overseas Territories hold 85% of the UK’s globally threatened species — an assortment of wildlife, from penguins to parrots and hummingbirds to seabirds and whales — and the UK Government has an obligation to protect it all. Lighting a beacon made of invasive species that threaten the rare and beautiful wildlife on Tristan, such as the endemic Tristan Flightless Moth, is a brilliant idea from the community. Not only will it help dispose of the unwanted plants and toast the Queen on her special day, it will also send out a clear reminder that the survival of hundreds of species on Overseas Territories is in the UK Government’s hands.