American birder Noah Strycker has beaten the world year-listing record by notching up 4,342 species, and still has over three months to go.

Strycker — interviewed in the March issue of Birdwatch (273: 66-67) — is aiming to see 5,000 species in the space of one year this year, and looks set to easily break his target. He has currently visited 27 countries, and still hasn't visited South-East Asia, Wallacea or Australasia.

Noah broke the record with Sri Lanka Frogmouth in Thattekaad, India, having begun his trek on 1 January in Antarctica, logging Cape Petrel as his first species. His 'Big Year' has now passed Alan Davies and Ruth Miller's previous record (as featured in their book The Biggest Twitch) of 4,341. He is keeping public track of his progress with an on-the-road blog on the National Audubon Society's website entitled 'Birding Without Borders', and registering each sighting on eBird.

The full story of the day that led to the record-breaking sighting is told on his latest blog post on the Audubon website. In it he says: "In a monsoon cloudburst, Sonu [his guide] spotted a Common Iora to tie the mark ... It was time to play our last remaining card. Inside the Thatekaad forest sanctuary, Sonu had staked out a pair of day-sleeping Sri Lanka Frogmouths — a type of weird, awesome nocturnal creature which looks like a dead leaf on its perch. [We] arrived at the spot at about 3:30 pm and were met there by the Ezhupunna crowd, a couple of photographers and a TV crew from the local news station. The frogmouths seemed to sleep through the commotion as many photos were taken and handshakes given." 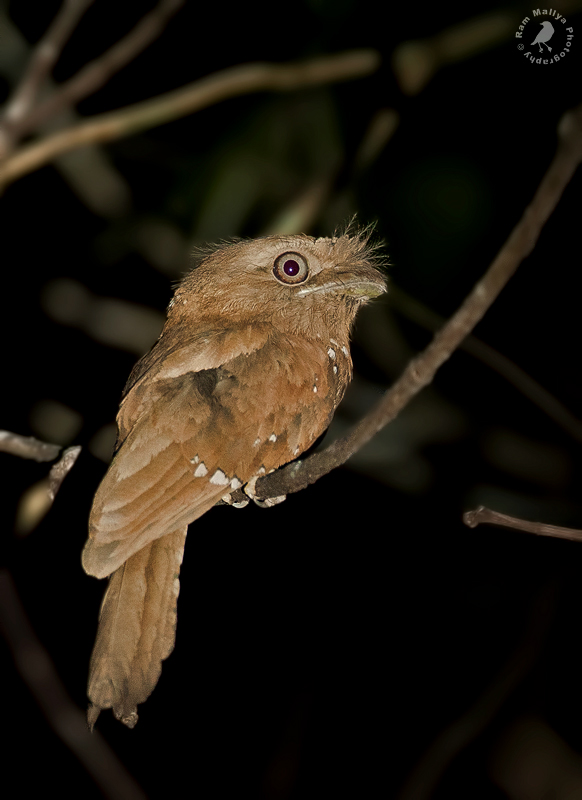 Talking about the blog, he said: "I've been blown away by the feedback and response it has received! There are millions of bird lovers all over the world. In 2016, I get to relive the whole adventure while writing a book about the experience. Instead of a travelogue, the book will be a reflective, fun narrative about birders and our place in the world."

Strycker said his most memorable sighting was: "In Brazil, near the Pantanal, I visited a Harpy Eagle nest and waited four hours until one of the eagles showed up. When it arrived, it was carrying half a Coati (a raccoon-like animal) in its dinner-plate-sized talons. Seeing that eagle swoop in was one of the most dramatic and memorable birding moments of my life."