World Land Trust has launched a new appeal to purchase and protect 810 acres of threatened forest in Kenya's Dakatcha Woodland. The coastal forest is currently unprotected and is home to globally threatened species including Clarke's Weaver, for which it is the only known breeding site.

Illegal charcoal production, hunting, uncontrolled pineapple farming and the constant threat of deforestation are some of the main dangers Dakatcha faces. For every £100 donation, World Land Trust's Kenyan partner – Nature Kenya – can purchase an acre of the forest. 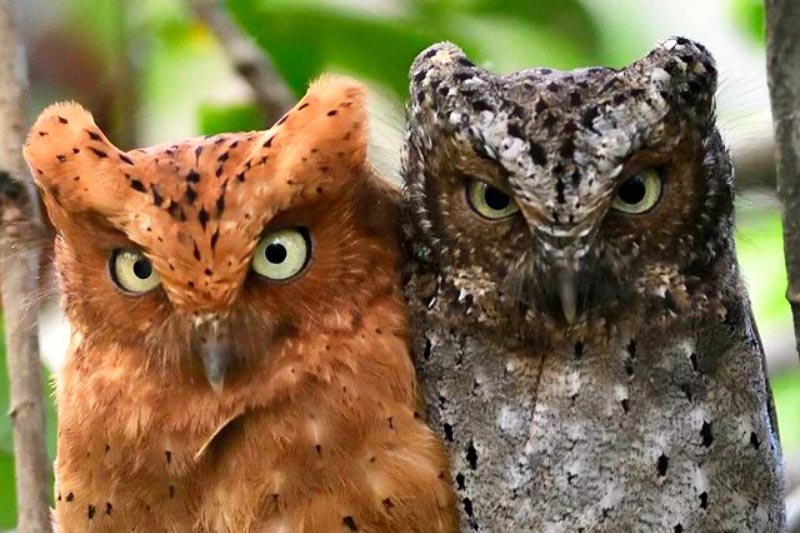 Sokoke Scops Owl is one of the many bird species that relies on Dakatacha Forest (World Land Trust).

As well as being the world's only known nesting site for Clarke's Weaver, the Endangered Sokoke Scops Owl and Sokoke Pipit also rely on the internationally recognised Important Bird Area. Many familiar European passerines, such as Golden Oriole, winter in the forest. As well as this, the rare Golden-rumped Elephant Shrew resides in the region, which supplies multiple local communities with food and other resources.

Dakatcha sits in a hilly region in northern Kenya, north of the coastal town of Malindi. The forest has been identified as a Key Biodiversity Area (KBA) and Important Bird Area (IBA), but it currently has no official protection, something that would change under the ownership of Nature Kenya.