Wolf seen in Brittany for first time in a century

French conservationists are celebrating the return of Wolf to Brittany for the first time in more than a century.

A single animal was filmed by a camera trap in the commune of Berrien, situated in the Arrée Mountains, on 3 May. Berrien lies some 45 km east of Brest, in the north-western department of Finistère.

Wolf was previously extirpated from the region in the early 20th century due to hunting pressures, and was later lost from the entirety of France. However, as persecution eased, the canines naturally recolonised as individuals moved into southern France from Italy via the Alps in the early 1990s. 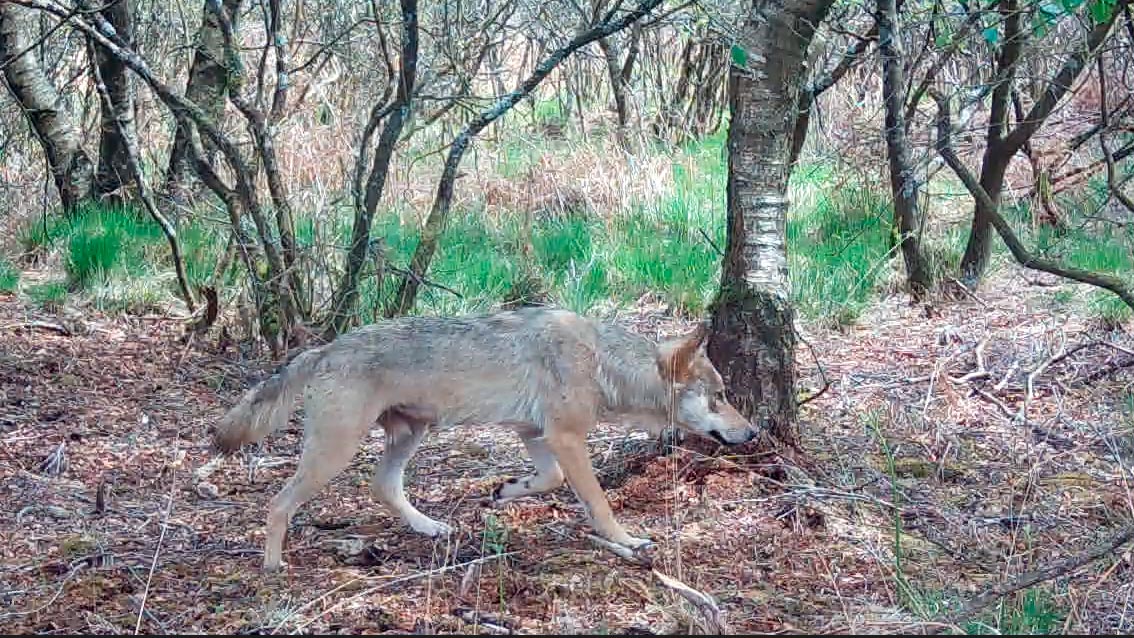 Wolf in Brittany's Arrée Mountains in early May 2022. Watch the video here.

As of 2021, the national population is estimated to be around 580 individuals across the country and the species continues to spread north-west. Previous evidence to suggest that Wolf is starting to recolonise westernmost France came in October 2021, when one was found dead in Loire-Atlantique, having been the victim of a road traffic accident.

Such an observation of a lone Wolf, far from areas where the species is known, is characteristic of dispersing individuals. This dispersal phenomenon occurs in spring and autumn: in the fall, the young born in the spring fully take their place within the pack, forcing other individuals to leave to looking for a new territory in which to settle. In the spring, the sub-adults which cannot breed within packs leave their natal territory in search of a mate. Such individuals can travel several hundred kilometres (sometimes up to 1,500 km) from their place of birth before settling, conducting these long journeys within a few months.