The results of the RSPB's annual Make Your Nature Count survey show that the number of gardens with juvenile thrushes in them this spring was down by 27% compared to last year. Sightings of young Blackbirds, Robins and Song Thrushes were down on last year. The RSPB says the drop may be a result of wet and cold weather in the early part of the breeding season making it harder for adult birds to find enough food for their chicks. With adult birds spending longer away from the nest searching for food, chicks would also have been more exposed to the cold.

More than 78,000 people took part in the survey during the first week of June and logged the birds and other wildlife species they saw in their gardens. House Martins were down by almost a quarter and Swifts were down by around 10% compared to last year. Swifts are already on the Amber list of conservation concern and there is concern that it has been a devastating breeding season in the UK this year. Dr Daniel Hayhow, RSPB Conservation Scientist, says: "Each of the 78,000 people involved in Make Your Nature Count has helped to give us data on a scale that just wouldn't be possible if we tried to collect it in any other way. It's really useful as a snapshot of how UK wildlife fared this summer and a number of species may have had tough time in the cold and wet weather." 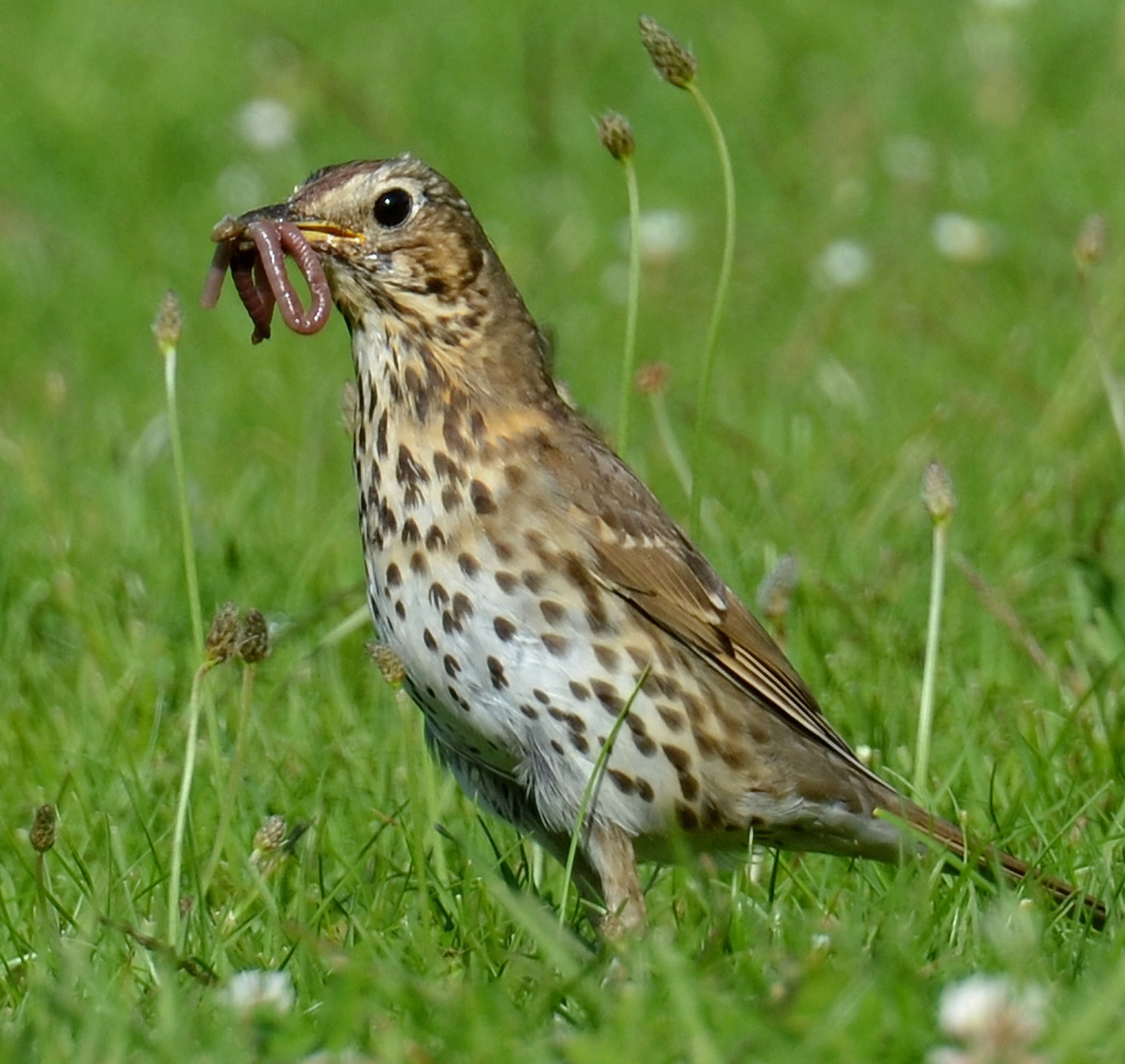 Last year Make Your Nature Count results reported a good year for breeding Song Thrushes and this year's results confirmed that, with sightings of adult Song Thrushes up by 12% on last year. Adult Blackbirds were also seen in good numbers, recorded as the most widespread bird across the UK and seen in more than 90% of the gardens surveyed. Grey Squirrels were the most common wild mammal seen and were reported from more than two thirds of gardens, with Hedgehogs in almost half of gardens. 10% of gardens were recorded as having Slow Worms in them at some point, but only 4% of participants' gardens have them regularly. This was the first time Slow Worms have been included in the survey. The RSPB says this will provide them with a baseline count of Slow Worms in Britain's gardens, which they can measure against in future years to monitor their fortunes.

To find out more about Make Your Nature Count visit www.rspb.org.uk/naturecount or to get tailored advice on how to make your garden a great habitat for wildlife, visit the 'Homes for Wildlife' part of the RSPB website at www.rspb.org.uk/hfw.