Wildfires burn out last strongholds of England’s most threatened finch

The spate of wildfires across the UK has prompted the RSPB to issue a warning about the risks of fire to threatened ground-nesting birds. Of particular concern is the Twite, which could have seen up to 40% of its English population affected by fires in the north of England. 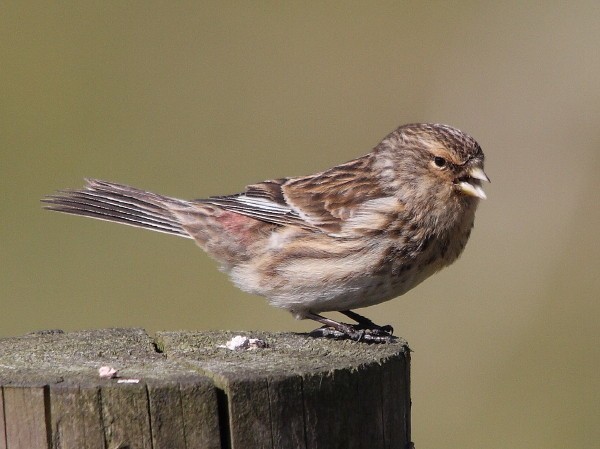 A dramatic reduction in April rainfall has left many areas drier than usual, increasing the risk of fire to sensitive habitats, such as heathlands, grasslands, woodlands and moorlands. In England, nesting Twite are confined to the South Pennines, where around 100 pairs nest in small colonies. The bird used to occur much more widely in England, but for a variety of reasons has declined. The seed-eating bird — a relative of the Linnet — has clung on to the area because of the relative abundance of hay meadows, which are rich in seeds.

Peter Robertston, regional director for the RSPB in the north of England, said: "Even before these fires, the Twite was one of England's most threatened birds. But blazes have possibly affected more than a third of the English population. This could be a devastating setback for this bird. We have been working hard with farmers to help retain landscape features, like hay meadows, which are crucial to the bird. But inevitably England's most threatened finch has been hit hard by these fires. We hope that the bird will have a future in England."

The fires have also affected other birds too. Heathlands important for threatened birds, including the Nightjar, Woodlark and Dartford Warbler, have been damaged across southern England. And the fires in other parts of the UK will undoubtedly have affected ground-nesting birds.

Nick Phillips is a policy officer with the RSPB. He said: "Some of the most threatened birds in the UK nest on the ground. We are currently in the middle of the nesting season, with many birds incubating eggs or tending to chicks. Fire is a considerable risk to these birds, and other threatened wildlife, such as reptiles. A break in the dry weather may bring a brief respite, but are still urging people to guard against any risk of wildfire."

The England Twite Recovery Project is a partnership between: the RSPB; Natural England; Pennine Prospects – The Watershed Landscape Project; and Kirklees Council.