The manager of a nature reserve that caught fire due to extreme heat says "a lot more" must be done to tackle climate change.

During the July heatwave, Wild Ken Hill in Norfolk lost 33 ha of habitat. The site, which has been a base for BBC Springwatch, lost a "significant" number of small mammals, reptiles, amphibians and late-nesting birds. 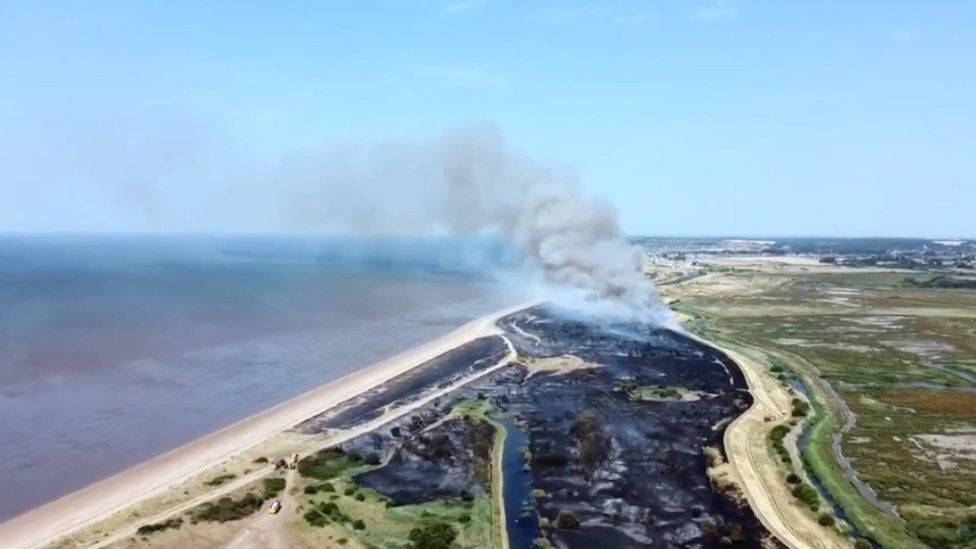 "We watched something that was very shocking and scary," said reserve manager Dominic Buscall. "That was what was nasty for us – having to watch that as a team because that's obviously what we work so hard to conserve and restore at Wild Ken Hill."

Despite the damage he said the site was "recovering well" and the habitat was likely to regenerate in the long term.